Conman, 66, who tried to sell fake stolen Lucian Freud masterpiece for £3,000 on eBay is spared jail 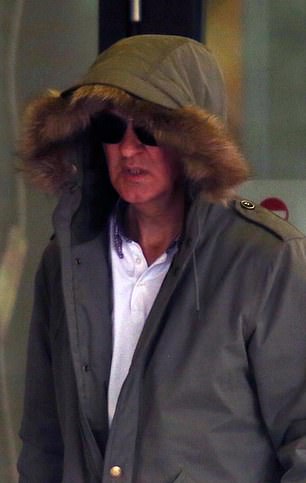 A conman who tried to sell a fake Lucian Freud masterpiece for £3,000 on eBay has been spared jail after a judge said he ‘obtained a pretty good copy of the original’.

Vincent Dyer, 66, from Greenford, claimed the painting had been given to his father and was kept in ‘secure storage’ for years.

Dyer denied, but was convicted of three counts of fraud by false representation. He was sentenced to four months imprisonment, suspended for 12 months.

At Isleworth Crown Court he was also ordered to do 120 hours unpaid work and pay £600 in costs, as well as the forfeiture and destruction of the painting was being ordered.

The original painting, Portrait of Francis Bacon, was stolen from Berlin’s National Gallery in 1988 and the Kray twins have since been linked to its disappearance.

The artwork, worth millions of pounds, is still missing.

Freud, whose most expensive painting sold for £22.5million, even offered a £100,000 reward for the recovery of the stolen portrait.

Dyer advertised the counterfeit artwork on eBay three times, twice in 2017 and once in 2018, claiming it was genuine.

But he was later discovered to have bought it in 2012, knowing it was fake.

Dyer (pictured) was given four months imprisonment, suspended for 12 months

Prosecutor Charlotte Hole said Dyer had a lengthy criminal history going back to the 1970s, with crimes ranging from forgery, fraud, theft and impersonating a police officer.

Jonathan Elfer, defending, said: ‘Mr Dyer wrote what he wrote and put it online. It was a sales pitch, he was trying to attract attention for the item.

‘He knew what he said wasn’t true but it isn’t true he tried to target individuals. He said things that could be checked by a simple Google search.

‘There was no attempt to conceal his identity or subterfuge. He had cooked up a very colourful story of how he came into possession of the item.’

He added that if Mr Dyer would have been asked about the authenticity of the picture, then he would have told them the truth.

‘His mother and father were not supportive influences. His mother was an alcoholic and his father was abusive. He was taken into care.’

Mr Elfer explained that Dyer’s conviction for impersonating a police officer was not part of a scam.

‘He was a radio enthusiast and and impersonated a police officer on the radio on a number of occasions but there was no evidence there was a financial motive,’ he said.

‘This is not an offender that habitually defrauds people.’

Judge Fiona Barrie told Dyer: ‘In essence you obtained what was a pretty good copy of the original artwork.

‘On three occasions you placed that painting for sale on eBay with a narrative about its provenance. 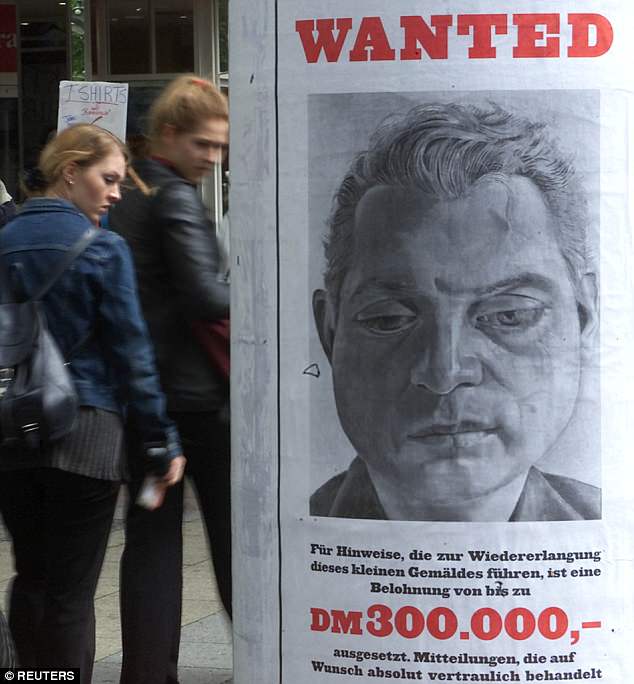 Freud later plastered Berlin with ‘Wanted’ posters of the image, offering a £100,000 reward for its recovery so he could include it in a retrospective of his work

‘It is right that no offers were made but a member of the public saw the advert and the Tate was contacted.

‘You were arrested and the painting was recovered,’ added Judge Barrie.

‘You said the object was to create interest but if a potential buyer asked you would have told them.’

The judge acknowledged that the fact that the real painting was actually worth millions could be easily be verified online. 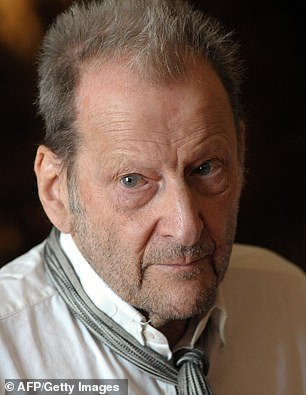 Although the Tate has never claimed the insurance money, because it has hoped to be reunited with the painting, Bacon, who died in 1992, was more pessimistic. ‘Most likely it was burnt,’ he says on the recording. Pictured is Lucien Freud

‘Nevertheless not everyone necessarily will go to those lengths, and it was a sufficiently good copy that the Tate required an expert examination.’

In May last year the Mail on Sunday revealed that Bacon received a ransom demand for the painting in 1989 and was apparently poised to recover the work – only for the operation to be wrecked by a police blunder.

Barry Joule, Bacon’s close friend and neighbour in London’s South Kensington, has now revealed that the artist received a phone call in his studio from ‘a tough-sounding East End man, probably an associate of the Krays’.

Bacon believed that the recovery operation failed because the gangsters saw police officers at the scene.

For weeks afterwards, Bacon ‘remained paranoid that the Krays and associates would be ‘out to get me for grassing to the police’,’ said Joule, who added: ‘If it wasn’t for policemen sitting in their car right outside the building, Francis might have got the stolen painting back.’

In a recorded interview with Joule three months after the ransom blunder, Bacon spoke of ‘how much the police have gone down in my estimation’.

Freud later plastered Berlin with ‘Wanted’ posters of the image, offering a £100,000 reward for its recovery so he could include it in a retrospective of his work.

Although the Tate has never claimed the insurance money, because it has hoped to be reunited with the painting, Bacon, who died in 1992, was more pessimistic. ‘Most likely it was burnt,’ he says on the recording.