As the public’s focus shifted away from the coronavirus onto other pressing issues — the war in Ukraine, the cost of living crisis and wildfires sparked by soaring temperatures — a new version of the virus managed to get the world’s attention back on Covid.

BA.5 is the most infectious and transmissible variant yet, a medical expert claimed.

New World Health Organization (WHO) data, meanwhile, highlighted a 25 percent increase in cases, with a report released on Wednesday showing about 5.8 million new coronavirus cases have been observed.

Eric Topol, a cardiologist and professor of molecular medicine at Scripps Research, dubbed the BA.5 variant “the worst version of the virus we’ve seen”.

He explained in a recent newsletter that it “takes immune escape, already extensive, to the next level, and, as a function of that, enhanced transmissibility” well beyond earlier versions of Omicron.

According to the latest WHO report, it was behind 52 percent of cases sequenced in late June, up from 37 percent in one week. 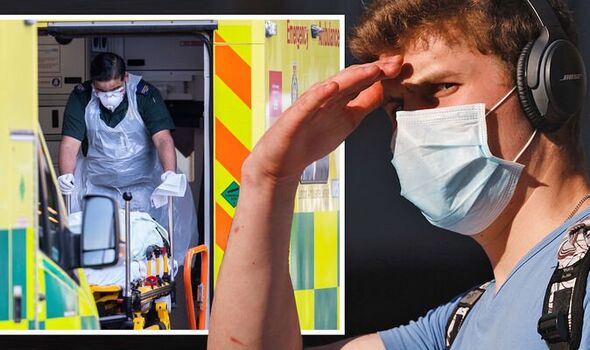 In the United States, it is estimated to be causing around 65 percent of infections.

But BA.5 is not new. It was first identified in January and has been tracked by the WHO since April.

Dr Topol told CNN that while the sub-variant seems to be less susceptible to immunity and previous vaccines, it doesn’t appear to be as dangerous as previous highly-transmissible Covid versions.

He said: “One good thing is that it doesn’t seem to be accompanied by ICU admissions and deaths as with previous variants, but it is really worrying.”

His remarks echo those of the WHO’s Maria Van Kerkhove, who said that while rising cases have caused more hospitalisations in some countries, deaths have not gone up dramatically.

There is also no evidence that BA.5 is more dangerous than any of the other Omicron variants, she added, although spikes in cases can put health services under pressure and risk more people getting long Covid.

Dr Topol said about the probability of COVID-19 hospital admissions spiking: “There is still room for this virus to evolve. It has been evolving at an accelerated rate for months now. So you can count on it.”

He continued: “A new batch of variants could appear out of nowhere, in the same way that Omicron appeared unexpectedly in November with a surprising collection of mutations already clustered together.

CDC data showed this week that coronavirus cases topped 31,000 over a seven-day average ending on July 11.

But elsewhere infections have jumped, too, with WHO figures stating cases have been rising for four weeks in a row worldwide. 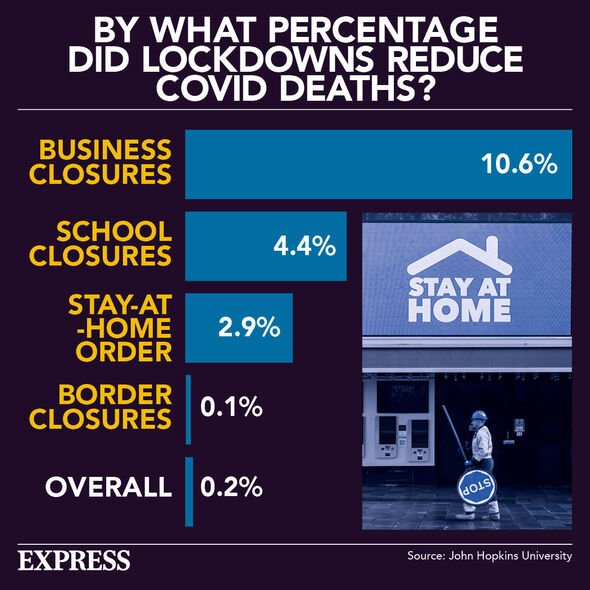 Across Europe, including France, Greece, Spain and Germany, BA.5 is spreading, too.

In France, hospital admissions of patients infected with Covid rose by nearly 20 percent last week, the country’s health body said on Thursday, with daily figures showing a continuation of this increase in recent days.

From Monday to Wednesday this week, new admissions grew again by 22 percent, while critical care admissions jumped by 32 percent.

In Greece, the most affected right now are people aged 18 to 24, and cases are most concentrated in popular tourist regions, the Greek health ministry said.

Across Spain, cases in July are up more than 60 percent from last month, although still a fraction of what they were at the beginning of the year.

In particular, the virus is making itself felt on the holiday islands of Mallorca, Ibiza, Menorca and Formentera, top destinations of British, German and Scandinavian travellers.

Coronavirus: UK infections are up but does it matter?

In Germany, meanwhile, people are being urged to take up a new vaccine designed to cope with the Omicron variant from September.

Chancellor Olaf Scholz bluntly admitted that mandatory mask-wearing is likely to return in the coming autumn and winter.

Currently, residents in Germany are required to wear medical FFP2 masks on public transport as well as in hospitals and medical practices.

They are also required to isolate for at least five days when infected, after which they are free to leave home if they test negative.

At home, an Office for National Statistics (ONS) survey released on Friday showed a total of 3.5 million people in private households are estimated to have had Covid last week, up 29 percent from 2.7 million the previous week.

This is the highest estimate for total infections since mid-April but is still below the record high of 4.9 million that was reached at the end of March.

According to the fresh data, about one in 19 people were infected in England, while in Wales about one in 17 people would have had coronavirus in the week ending July 6.

Up until the same period at the start of the month, the rate in Northern Ireland was about one in 17 and in Scotland, one in 16.

Sarah Crofts, head of analytical outputs for the COVID-19 infection survey, said: “Infections are showing no signs of decreasing, with rates approaching levels last seen in March this year at the peak of the Omicron BA.2 wave.

“Rates have continued to increase across the UK and among all age groups. We will continue to closely monitor the data.”