Wu Zunyou raised concerns about the spread of the new mutation during a major announcement on Thursday. He said the “Indian variant” had been found in “some Chinese cities,” fuelling calls for stricter border control.

Mr Wu, chief epidemiologist of the Chinese Center for Disease Control and Prevention in Beijing, said : “The virus has been mutating since the start of the pandemic.”

He added: “Implementing containment measures is key to stopping the spread of mutant strains, and also to prevent the occurrence of new mutations.”

The news sparked a wave of comments on Chinese social media platform Weibo, where users created the hashtag “Indian virus variant detected in some Chinese cities”.

The strain is causing havoc in India, the new hotspot of the world pandemic, and has also triggered alarm in the UK. 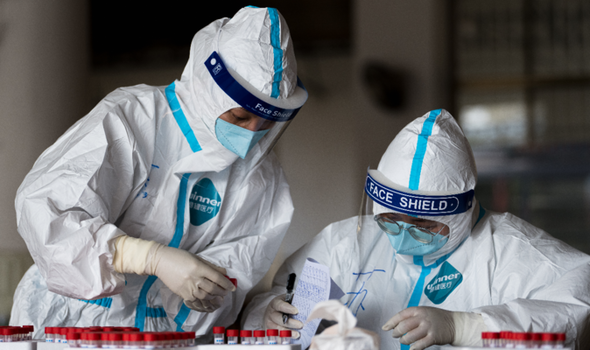 Experts warn the Prime Minister’s roadmap to ending lockdown restrictions could be jeopardised.

Deenan Pillay, professor of Virology at University College London, highlighted the dangers of the new variant spreading in the UK as the country prepares to ease all remaining restrictions on June 21.

He said: “Although the Government started with saying, we want to go for data be guided by data, not dates, to choose June 21, which is Midsummer’s Day, as a symbolic releasing of everything is actually choosing dates not data.”

Prof Pillay agreed that it was necessary to “put an asterisk” beside the date rather than regarding it as being set in stone.

He said: “Just imagine, in the same way, there are high rates of infection in India now, there will be other countries which have high rates. 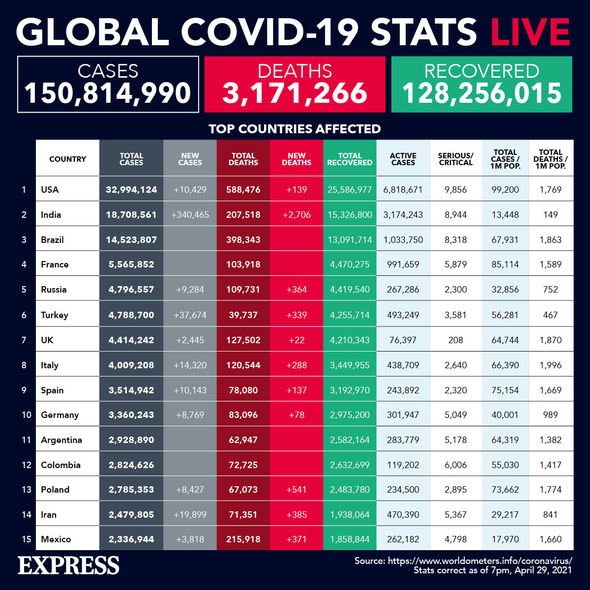 “You look at the world now, globally there are as many infections as ever before going on today as there was before.

“Travel remains a major weakness of this and however much I personally would love to go abroad, you know, I think we’ve just got to make sure the government messages this in the right way.

“Interestingly, over the last couple of weeks, I’ve noticed the change in emphasis from ministers previously being pretty circumspect about travel and saying for instance we should in 2021 we should have staycations etc.

“Over the last couple of weeks I’ve noticed, very clearly, there is a shift towards almost an acceptance that we’re going to be able to go abroad, all the talk about vaccine passports and so forth. And I think that shifted expectations to be honest and I think that raises the potential risk.”

Prof Pillay pointed out that if previously uncommon variants – such as the one that emerged in India – began to spread in the UK, they would carry with them the potential to change the dynamic significantly.