TRUMP fans are leading a two-week bus tour called "March for Trump" in a last-ditch effort to tour swing states along the East Coast that the president lost to Joe Biden.

The rally, which kicked off in Florida on Sunday near Trump's Mar-a-Lago club, will end with a large march in Washington D.C. 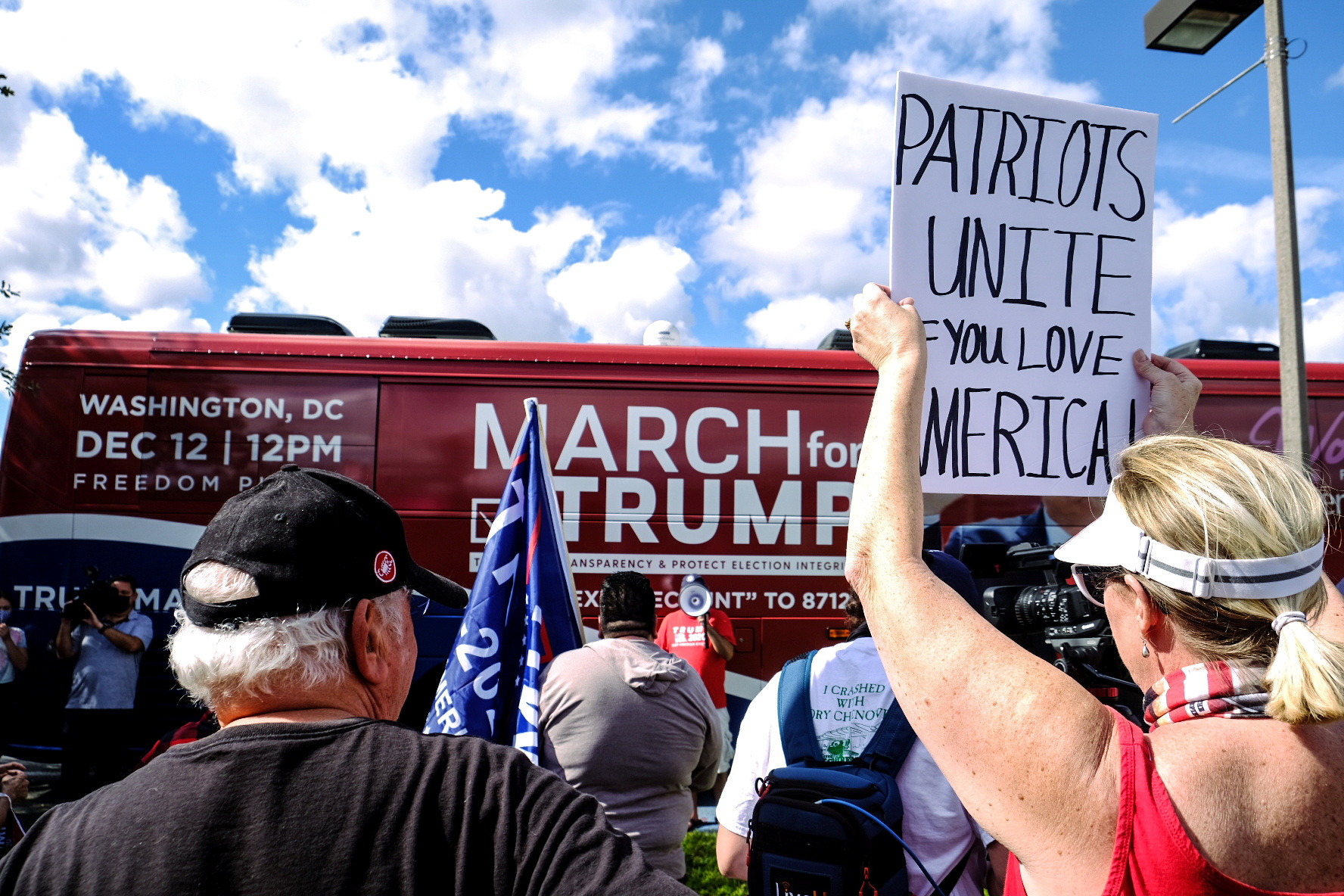 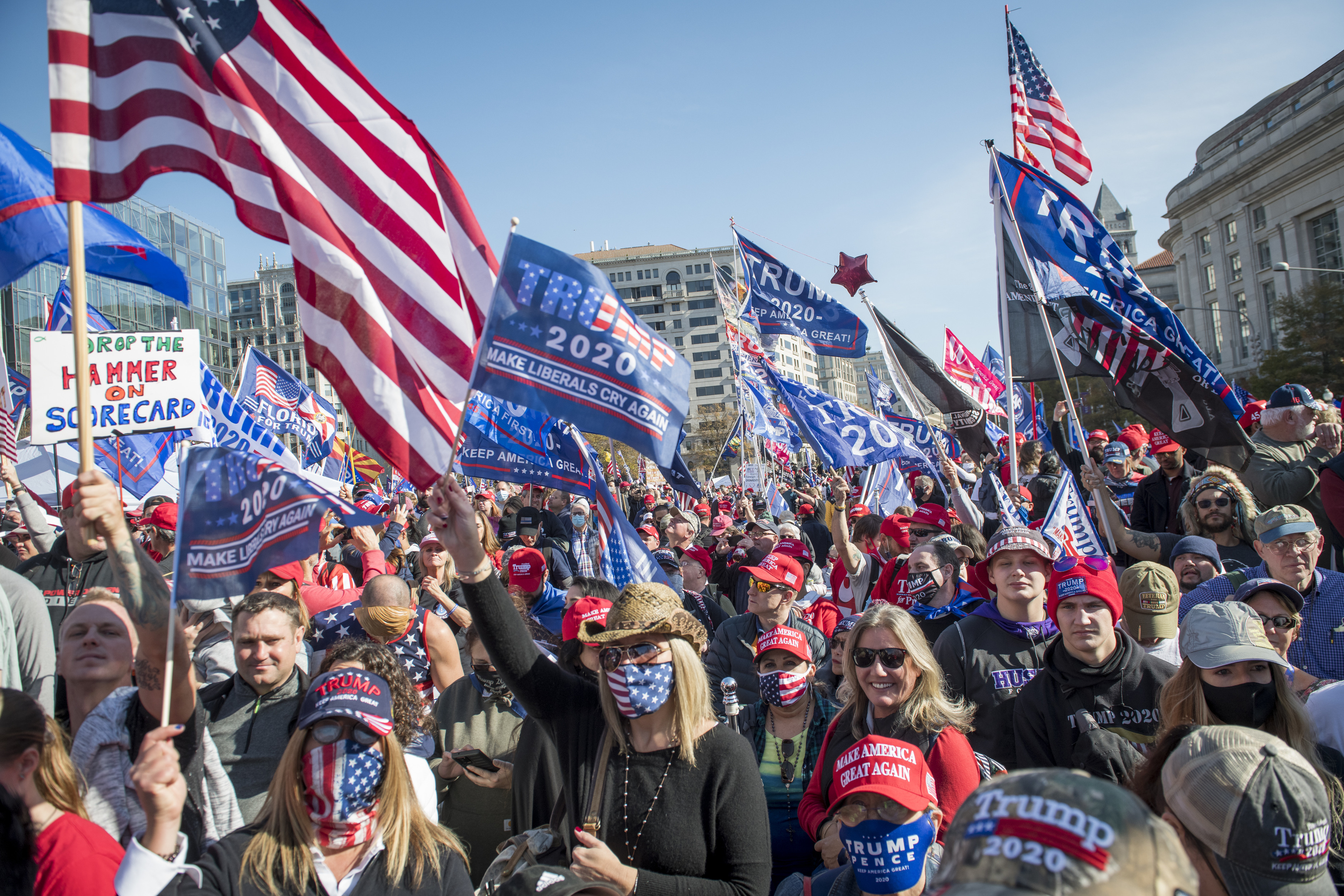 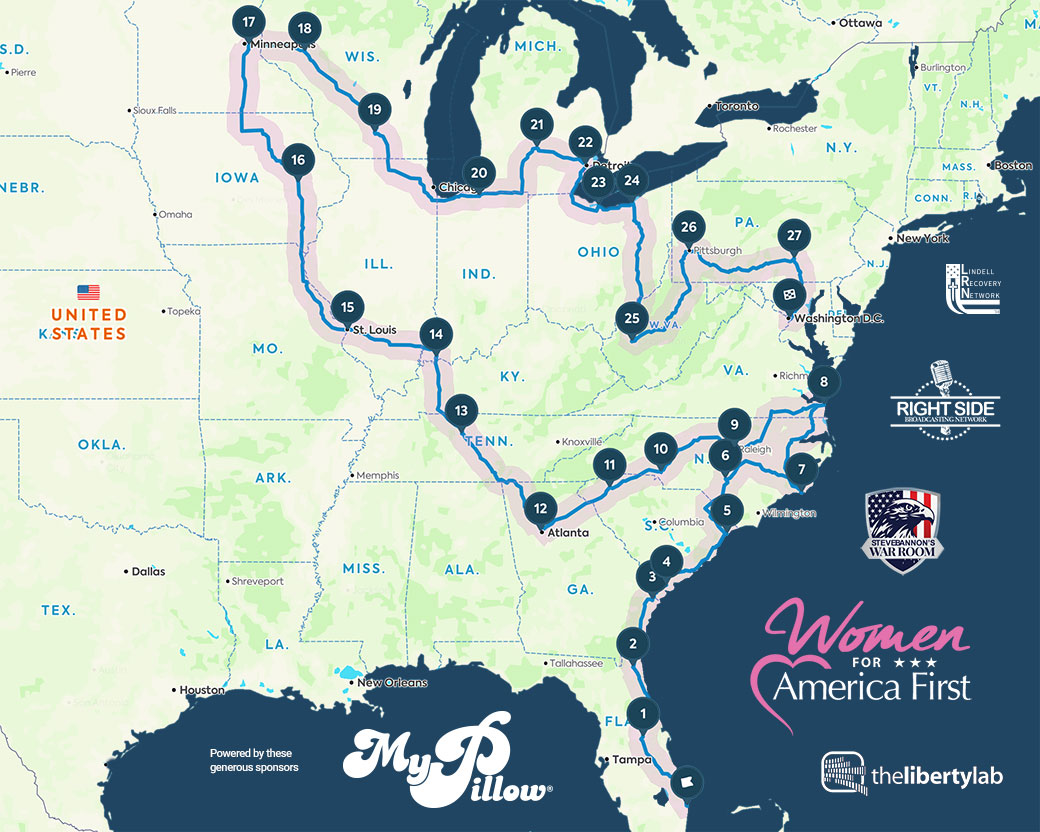 Supporters of the president will go through states like Georgia, Virginia, Pennsylvania, Wisconsin and Minnesota – all states Trump lost to Biden in the election.

Upon their return, the bus rally will have a march in Washington D.C. for the president on Saturday, December 12, in which approximately 5,000 supporters are expected to participate.

The website for the rally explains the march as revealing the actual results of what organizers feel was an unfair election.

"On Saturday, November 14th, hundreds of thousands of American voters traveled to the nation’s capitol and said ENOUGH!" the website read in reference to November 14's "Million MAGA March." 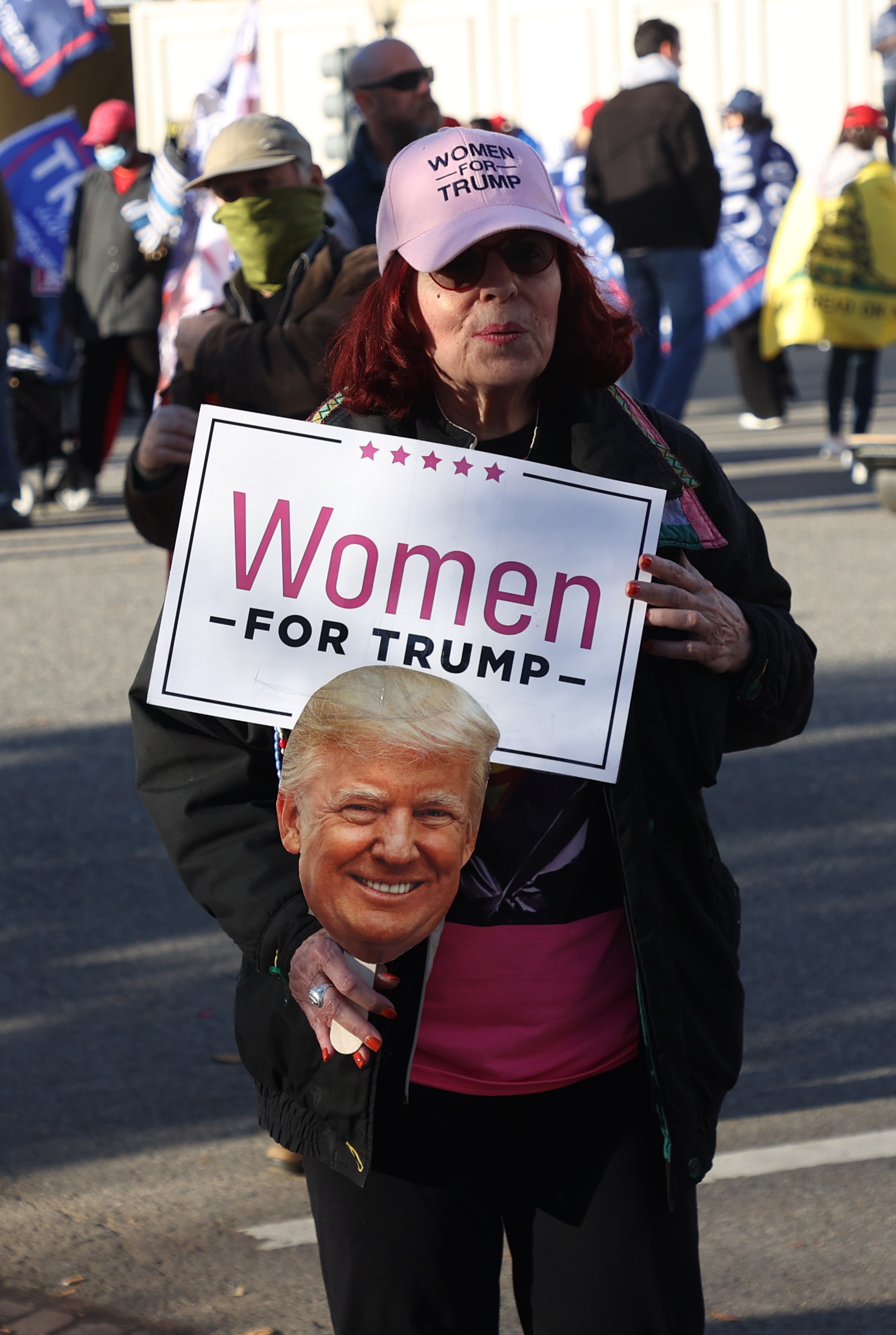 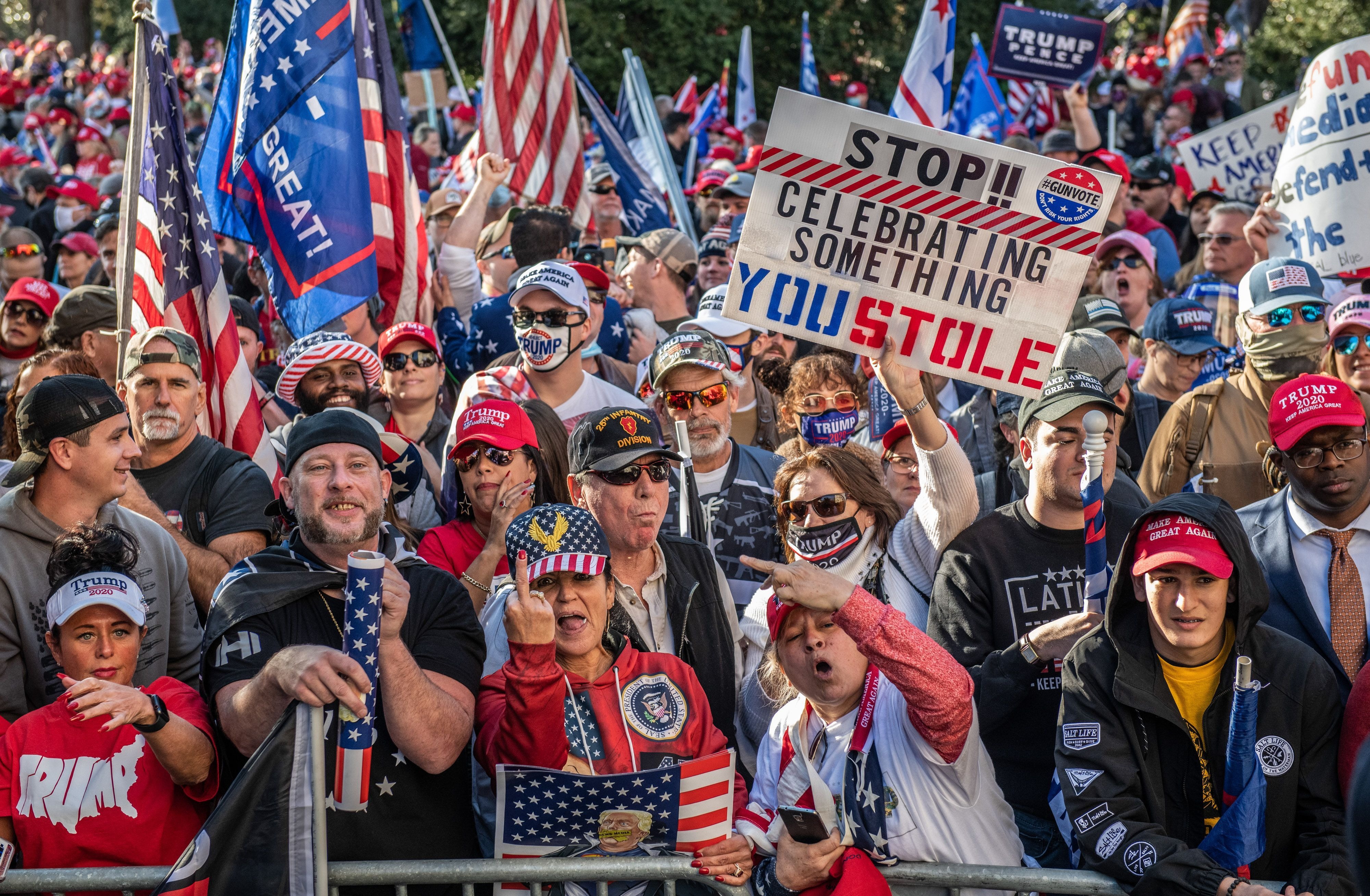 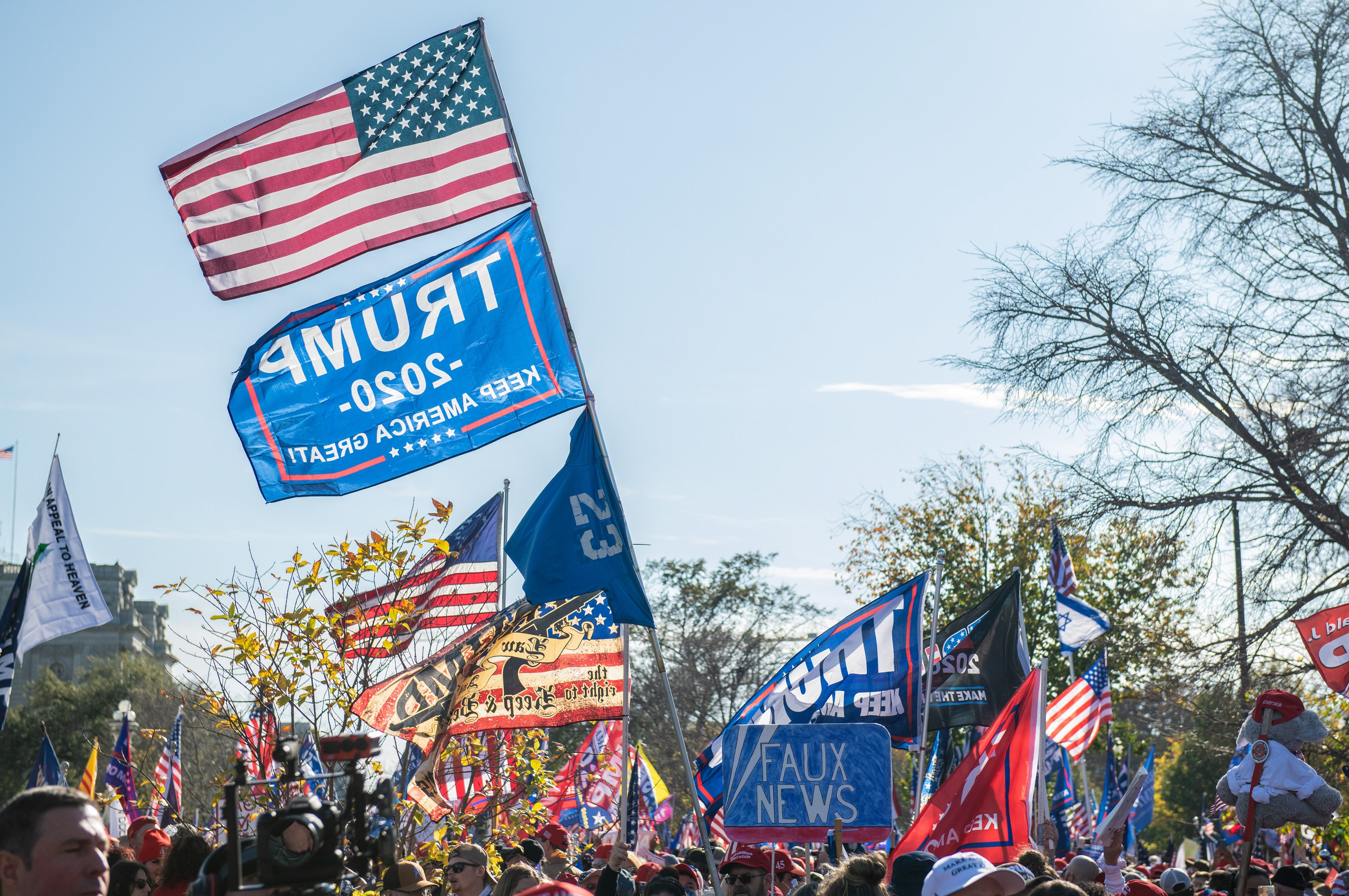 "Outraged and infuriated by what Joe Biden himself called the 'most extensive and inclusive voter fraud organization in the history of American politics,' these American patriots stood in unity to demand that every legal and legitimate vote be counted," it continued.

"We’ve got to take to the streets and DEMAND ELECTION INTEGRITY. If they can steal this election from President Trump, we’ll never get our freedom back," stated the website.

Photos from Sunday's kick off in Florida showed Trump supports carrying posters asking for a recount in contested states they believe should go to Trump.

Many stood with "Stop the Steal" posters, which was accompanied with rally participants chanting the phrase that has been repeated by Trump supporters across the country following the election.

Trump flags were waved as speakers asked the crowd to have patience as they try to overturn the election results in Trump's favor.

"President Trump needs to hear from us, We The People, that we do not want him to concede. We will March for Trump to demand transparency and protect election integrity," read an email sign up on the site.

The march on December 12 is two days before the Electoral College must cast their votes and name Joe Biden the election winner. 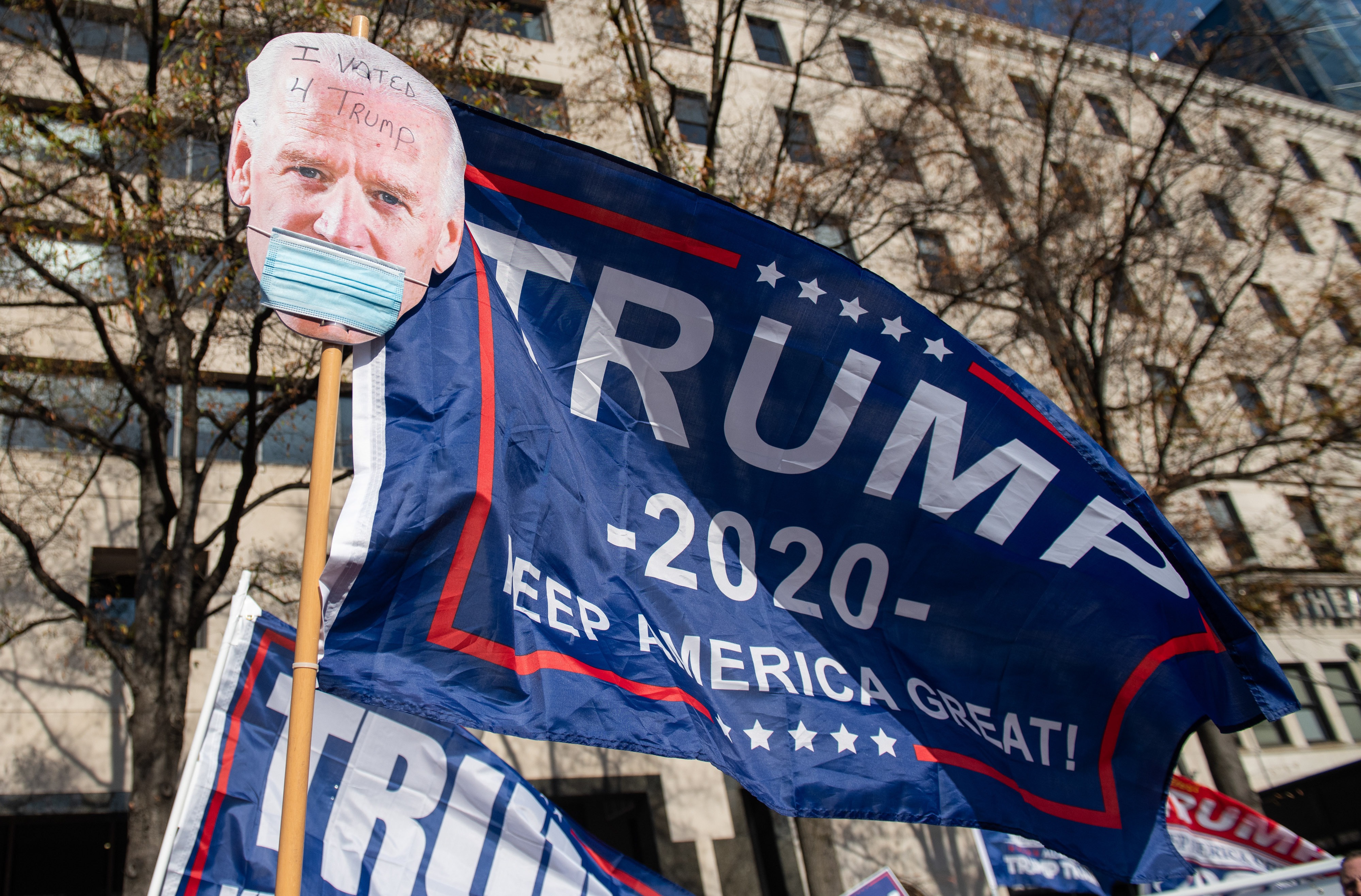 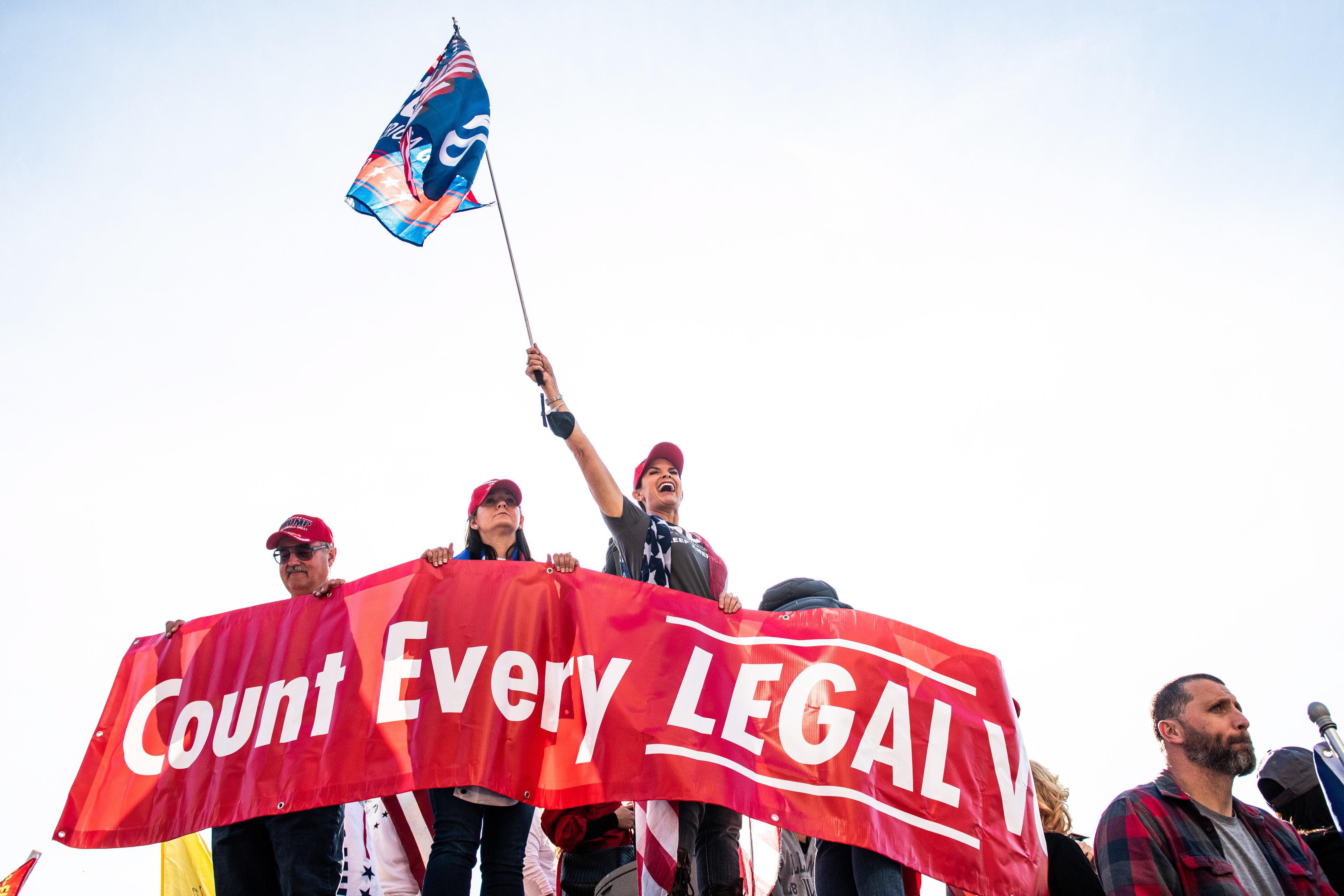 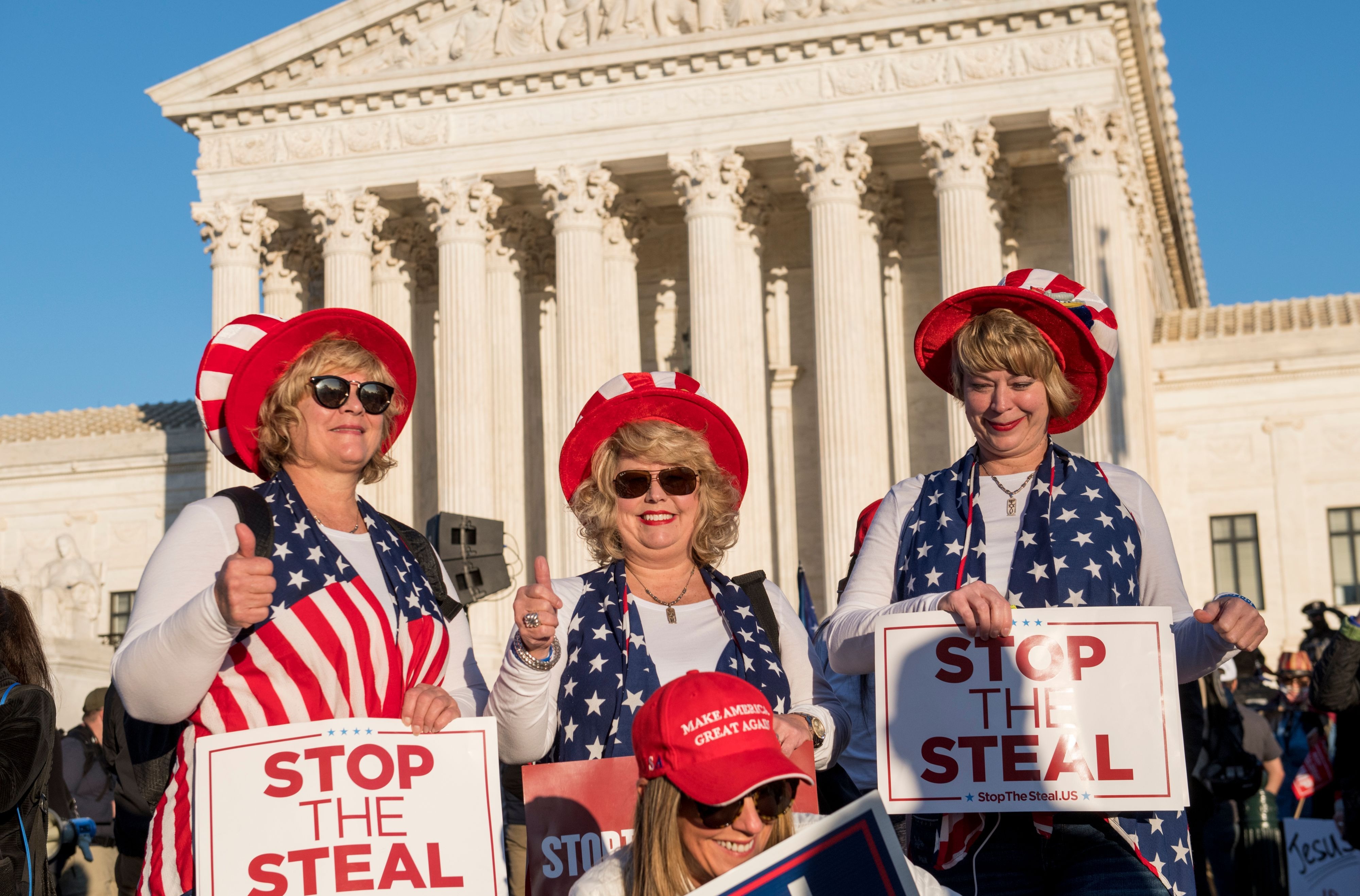 This isn't the first march planned by Trump supporters. Following Trump's loss, his supporters gathered in Washington D.C. for a "Million MAGA March" that equally looked to overturn the election.

About 13,000 supporters gathered in D.C. on November 14 to protest the election results, and cheered when the presidential motorcade drove by.

Trump's legal team is leading a number of baseless lawsuits in swing states alleging mass voter fraud without evidence. Many of the lawsuits have been struck down by federal judges.

The marches and rallies will likely do little to overturn the Electoral College lead Biden has over Trump. Biden leads with 306 Electoral votes, as compared to Trump's 232, and has over six million more popular votes than the president.

Still, the president alleges voter fraud and continues to put forward accusations of a rigged election despite evidence proving otherwise.

Trump has refused to concede the election, calling it the "least secure ever" despite manny proclaiming the opposite. He also tweeted "no way we lost this election."