It’s carry on cruising! Holiday ships could set sail again from January after coronavirus lockdown as ministers discuss ‘phased restart’ for the industry

Cruises could be given the green light to restart from January, under plans being discussed by ministers.

The cruise industry has been in suspended animation since July when the Foreign Office issued blanket advice against all ‘cruise ship travel’ following a string of Covid outbreaks around the world.

The advice has made it impossible for travellers to get holiday insurance and effectively halted a sector which the industry estimates to be worth almost £10billion to the UK economy. 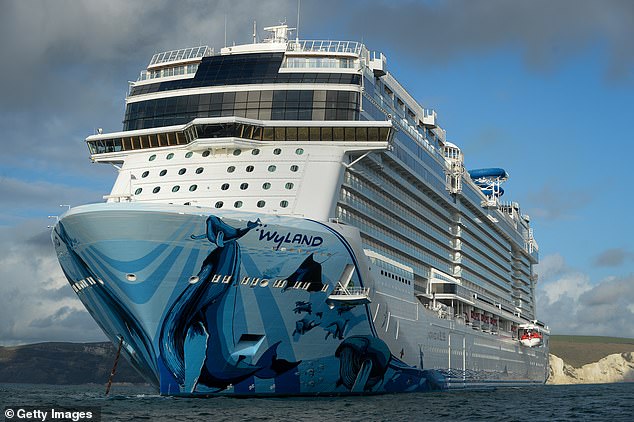 Cruises could be given the green light to restart from January, under plans being discussed by ministers  (file image)

With other governments taking similar action, hundreds of cruise ships are now tied up around the world, including more than 30 at ports around the UK.

Ministers initially dismissed industry claims that the giant ships could quickly be made safe.

But, following work on improved medical procedures, discussions about a phased restart for the industry are now said to be at an advanced stage.

Ministers are working on a timetable that could allow operators to begin domestic cruises around the coast of the UK from January.

If the trials are successful, a wider lifting of the ban could happen in the following months – as long as operators agree to take responsibility for repatriating passengers in the event of an outbreak on board.

Fast-turnaround tests could also boost the industry’s prospects by allowing operators to test passengers each time they board the ship. 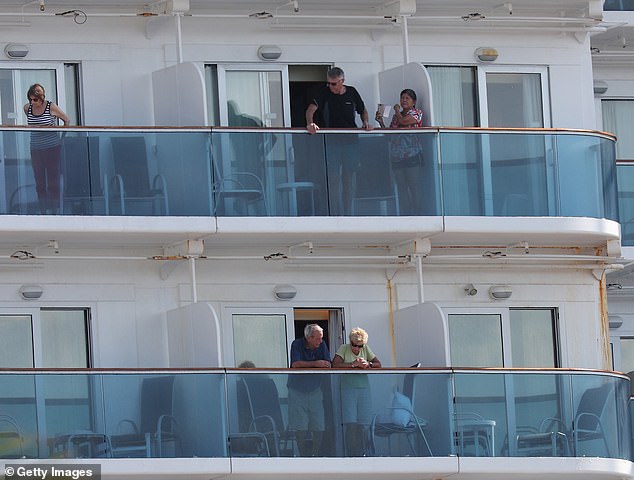 Ministers initially dismissed industry claims that the giant ships could quickly be made safe (pictured, passengers on cruise ship Coral Princess after it docked at Port Miami, April 4)

A Whitehall source said: ‘We are working on a framework to allow the industry to reopen safely early in the new year.

‘That will allow cruises to restart and enable bookings to take place to start bringing money into the industry again.

‘We need to be sure that ships have the right infection control measures in place, the right testing regime and the right facilities to allow them to contain an outbreak.

‘In terms of foreign cruises we will need an acceptance that operators have to take responsibility for repatriating their passengers.’

Earlier this year, the Foreign Office spent millions helping 19,000 cruise passengers get back to the UK following lockdowns.