Describing Channel 4 as a ‘British success story’, Ms Donelan announced it would remain in public ownership following talks with bosses and other industry figures.

She added an ‘ambitious package of measures’ would serve as an alternative to a sale, which – it has previously been claimed – could have raised more than £1billion.

Reforms introduced via the Government’s Media Bill will evetually allow Channel 4 to make and own some of its content, the Department for Digital, Culture, Media and Sport said.

There will also be a new statutory duty on Channel 4’s board members to protect the broadcaster’s long-term financial sustainability.

And Channel 4 has promised to increase the number of roles outside London.

Plans to privatise Channel 4 were pursued under Boris Johnson’s Government, which repeatedly with the broadcaster over its news output. 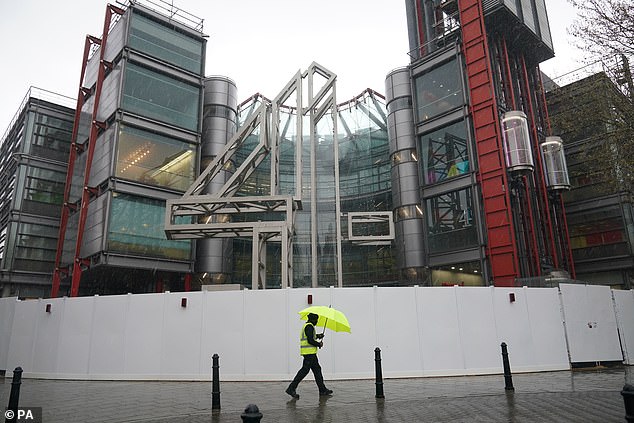 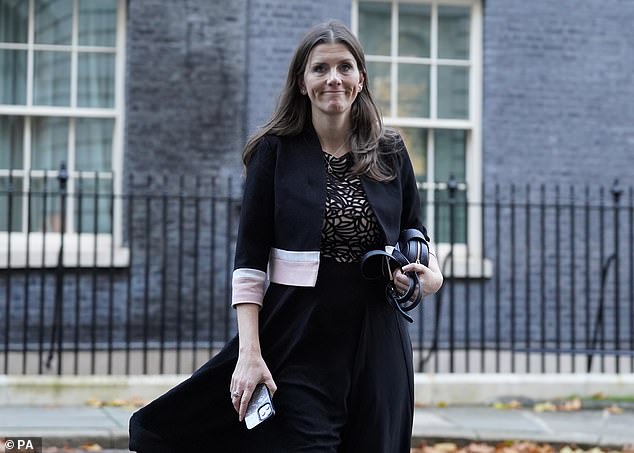 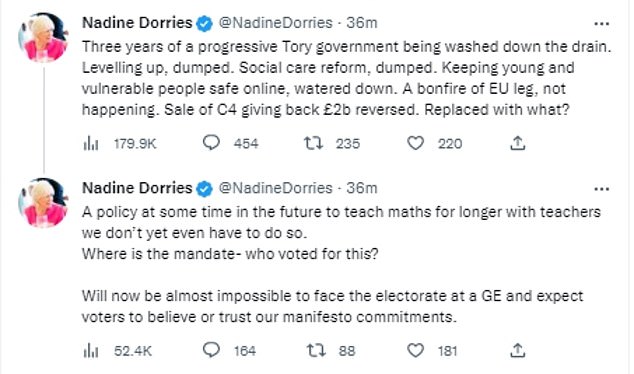 Ms Donelan’s predecessor, Nadine Dorries, this week hit out at the U-turn on selling Channel 4 as she launched a tirade against Rishi Sunak for dumping Boris Johnson’s policies

Ms Donelan’s predecessor, Nadine Dorries, this week hit out at the U-turn on selling Channel 4 as she launched a tirade against Rishi Sunak for dumping a series of Mr Johnson’s policies.

Ms Dorries, a staunch loyalist of Mr Johnson, claimed that ‘three years of a progressive Tory government’ were being ‘washed down the drain’ by the new Prime Minister.

News of the U-turn on Channel 4’s sale emerged yesterday through a leaked letter sent by Ms Donelan to Mr Sunak, which recommended the Government drop the privatisation plans.

DCMS yesterday said it would ‘not comment on speculation’, but Ms Donelan today confirmed the Government was no longer pursuing a sale.

‘Channel 4 is a British success story and a linchpin of our booming creative industries,’ the Culture Secretary said.

‘After reviewing the business case and engaging with the relevant sectors, I have decided that Channel 4 should not be sold.

‘This announcement will bring huge opportunities across the UK with Channel 4’s commitment to double their skills investment to £10 million and double the number of jobs outside of London.

‘The package will also safeguard the future of our world leading independent production sector.

‘We will work closely with them to add new protections such as increasing the amount of content C4C must commission from independent producers.’

Campaigners had fought a battle against Channel 4’s proposed privatisation, which was also opposed by the broadcaster’s bosses.

Alex Mahon, chief executive of Channel 4, said: ‘The principle of public ownership for Channel 4 is now set for the foreseeable future, a decision which allows us to be even more of a power in the digital world.

‘Channel 4 is innovative, editorially brilliant and loved by audiences that others don’t reach, most of all the young and underrepresented.

‘In the analogue world, we did this spectacularly. Now, in the digital era, we are doing it again.

‘Working with the world-leading TV and film producers of the UK, we continue to give birth to ideas that thrill audiences and change perspectives globally.’

Channel 4 was created in 1982 by the Conservative government of Baroness Thatcher and is entirely funded by advertising, out of public ownership.

Unlike other broadcasters, everything it airs is currently commissioned from external production companies.