A DAD was killed by a single punch after a thug tracked him down over just £25.

Mitchell Thorpe, 28, had been sending threatening messages to Craig Parker, 45, over the money he owed, Bristol Crown Court heard. 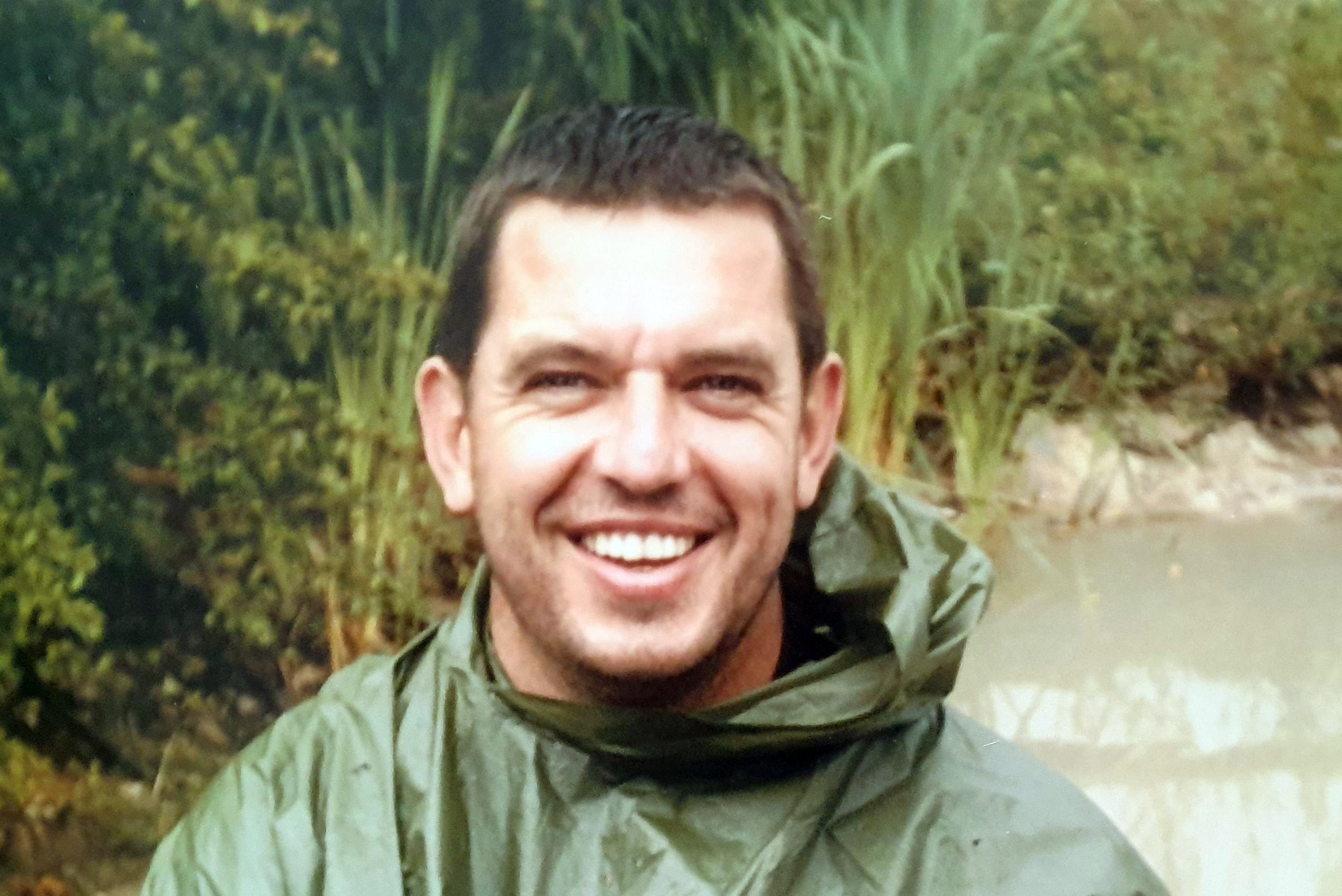 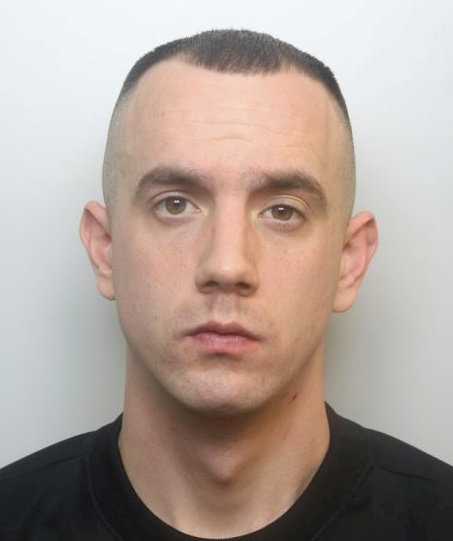 CCTV pictures showed a Audi drive up near to Mr Parker, who was on a bike.

Thorpe got out of the passenger side of the car and punched him in the face – before leaving the scene in the same vehicle.

Mr Parker fell to the ground and hit his head, sustaining a fatal head injury.

The assault happened in Stockwood Road, in Bristol, shortly before 11pm on Wednesday March 25.

Mr Parker was taken to hospital but died of his injuries on Tuesday April 7.

The Major Crime Investigation Team led the subsequent enquiries and discovered text messages between the pair over the unpaid debt.

They also spoke to witnesses who had heard Thorpe make threats over the money he was owed.

After the assault, Thorpe asked an associate to check on the assault scene.

He asked "if the kiddie was ok?" and panicked that drugs were left at the scene. 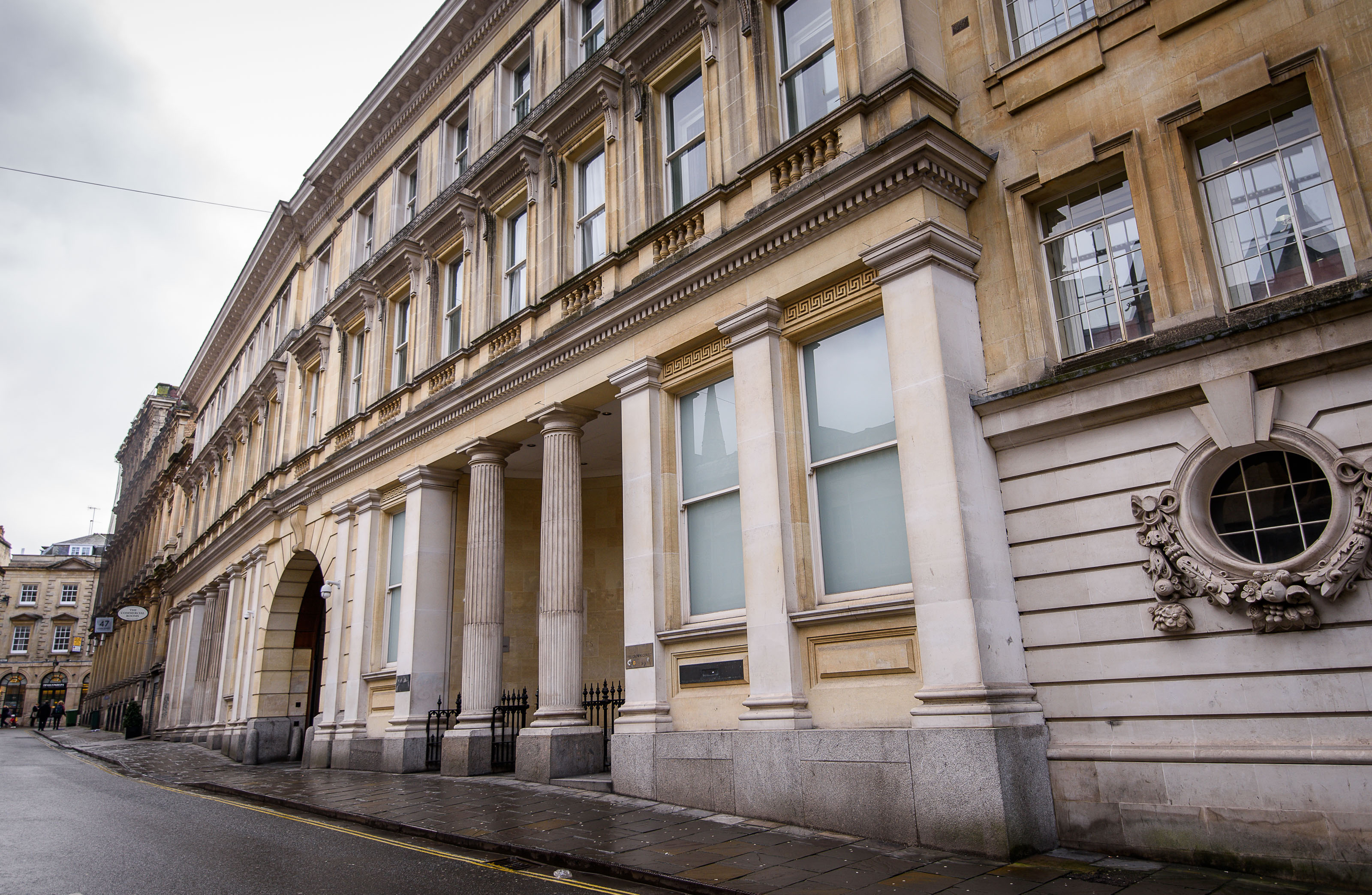 Thorpe was sentenced to seven years in prison after pleading guilty to one count of manslaughter at a previous hearing.

Thorpe's partner Sophie George, who lived with him, admitted one charge of perverting the course of justice at the same hearing.

She lied to police and claimed Thorpe was at home the night Mr Parker was attacked.

She provided a false alibi saying that they had watched a film before going to bed at 1am.

The 24-year-old received a nine-month suspended sentence and was ordered to carry out 70 hours of unpaid work.

James Ward, prosecuting, told the court that in the past Thorpe had eight aliases and used four dates of birth.

The victim’s sister Nicola read the court an impact statement, talking about how Thorpe's actions had destroyed Mr Parker's family.

She said: "You, Mitchell Thorpe, have taken him away from us.

"Forty-five years old is too young to die. We will be thinking of him always.”

The judge told Thorpe: "It was pre-meditated, you failed to get him help and it was a few minutes before the ambulance was able to get to the scene.

"You made an attempt to evade apprehension and you were showing particular concern about the recovery of three snap bags of drugs dropped at the scene and their recovery by the police."

Mr Parker's family, through a statement provided to the court, said Thorpe "destroyed all our lives that night".

''Mitchell Thorpe took someone precious away from his family and friends.

"To say we are heartbroken is an understatement.

''Craig was ours, he was a son, a brother, an uncle, a father and a friend and Thorpe took him away from his family, where he belongs.

''We will never be able to have another birthday or Christmas with him.

''He will never see his children grow up into adults, get married and have children of their own.

"The sentence today will not bring Craig back but we hope it will keep Mitchell Thorpe from committing such an heinous crime again and to save another family of having to experience what we have had to go going through by his hands ever again, all for the measly amount of money of £25."

Senior Investigating Officer DI Roger Doxsey said: "Craig Parker still had so much of his life ahead of him, and his family have been caused such unnecessary pain and suffering.

''Our thoughts and sympathies go out to them and we continue to offer them support at this difficult time.

"Mitchell Thorpe senselessly killed his victim over a very small sum of money and refused to own up to his actions until the police obtained overwhelming levels of evidence.

"Sophie George also proceeded to lie repeatedly in an attempt to cover over the truth and prevent justice being served.

"It was only with the help of some brave members of the community, that the evidence built up so clearly, to leave these defendants no real option but to plead guilty.

"This has been a lengthy investigation but we welcome the prison sentence handed to Mitchell Thorpe today and the knowledge he cannot cause further harm to people's lives."