A death threat tweeted at an 11-year-old environmental activist has sparked outrage in Colombia, a nation where attacks on social leaders are the norm and threats are taken seriously.

Colombian officials have been investigating the shocking death threat made against Francisco Vera on January 13 when a user on Twitter wrote that he was looking forward to cutting his fingers because the boy had called on President Iván Duque to improve internet access for children in impoverished areas as students returned to virtual learning due to the COVID-19 pandemic.

‘I just want to tear this son of a b***** to pieces,’ a user under the suspended handle of @BelboCodazzi wrote. ‘I have a desire to hear him scream as I cut off his fingers to see if he is going to keep talking about environmentalism and dignity.

President Duque recently promised in a television appearance that his government would find ‘the bandits’ behind the Twitter message.

Authorities have offered a $2,800 reward for information leading to the arrest and/or conviction of the author behind the tweet. 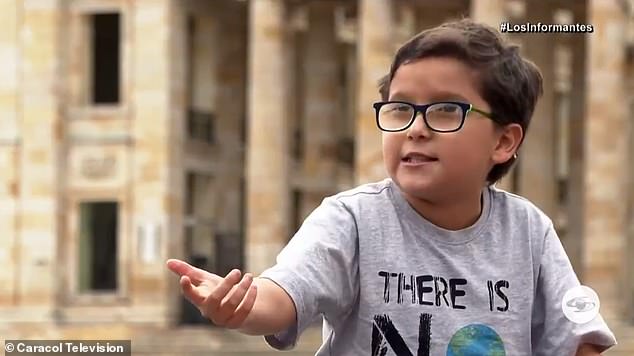 Francisco, Vera, an 11-year-old environmental activist in Colombia, received a death threat on January 15, two days after he posted a video on Twitter urging President Iván Duque to improve internet connectivity for children in impoverished communities who are studying online during the coronavirus pandemic 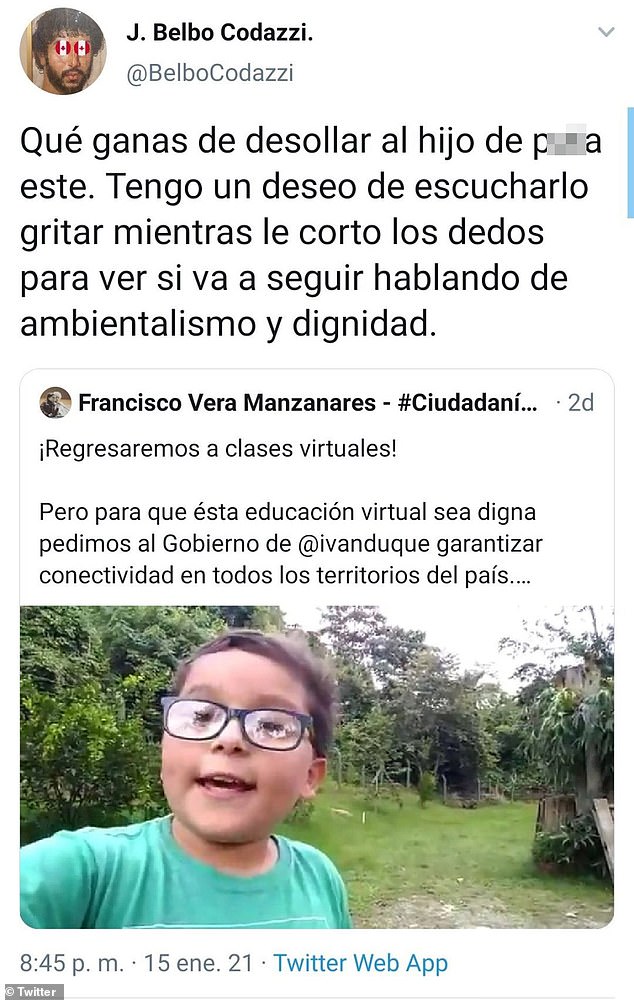 Francisco Vera’s tweet regarding the return to virtual learning in Colombia was not met with approval from suspended Twitter user @BelboCodazzi who wrote: ‘I just want to tear this son of a b***** to pieces. I have a desire to hear him scream as I cut off his fingers to see if he is going to keep talking about environmentalism and dignity.’ Authorities have issued a $2,800 reward for his capture

For his part, Vera says he will continue to lead environmental campaigns and urged other young people to use social media to ‘support causes they believe in.’

Vera, who has drawn comparisons to teenage Swedish environmental activist Greta Thunberg, got together with six friends from school about two years ago and marched to the main park in his hometown of Villeta carrying cardboard signs and chanting slogans about climate change, under the supervision of his grandmother.

His Guardians for Life group now has at least 11 chapters and more than 200 members across Colombia. It planted hundreds of trees last year and in December 2019 petitioned Colombia’s Congress to ban single-use plastics, fracking, animal abuse and testings on animals.

The vile threat has weight in Colombia, where more than 300 social leaders and human rights activists were assassinated in 2020, according to the Institute of Studies for Development and Peace. At least 18 had been killed through January 18.

The United Nations’ numbers are much lower, showing that as many as 53 community leaders were murdered in the South American country last year and it is examining reports of an additional 80 such slayings. 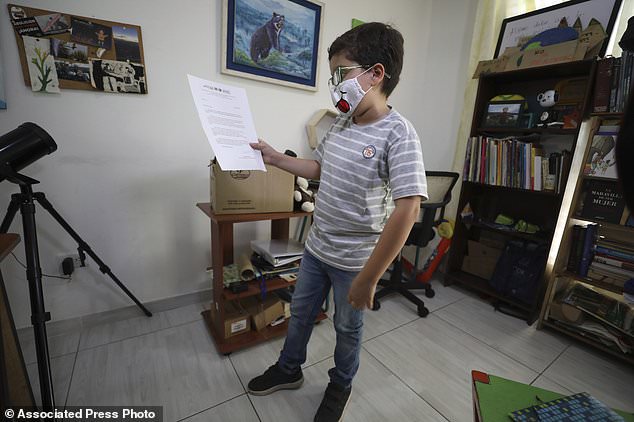 Francisco Vera, well-known in Colombia for his environmental campaigns and defense of children’s rights, shows a letter that Michelle Bachelet, the United Nations High Commissioner for Human Rights, sent to him at his home in Villeta, Colombia 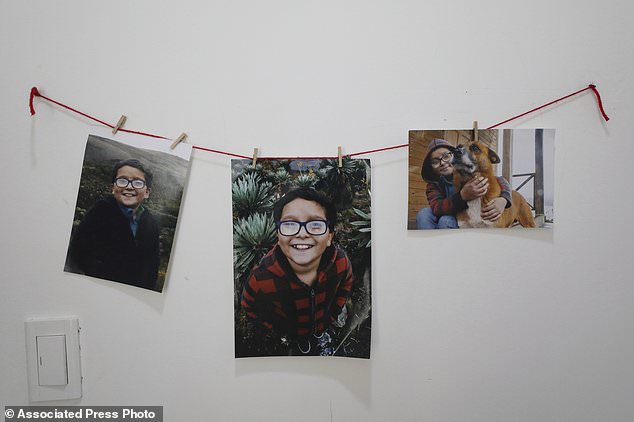 Photos of Francisco Vera hang in his study room in Villeta, Colombia. The 11-year-old received a death threat from an anonymous Twitter account on January 15 after posting a video urging the government to improve internet connectivity for children studying online, which sparked outrage in Colombia where community leaders are threatened and murdered on a regular basis 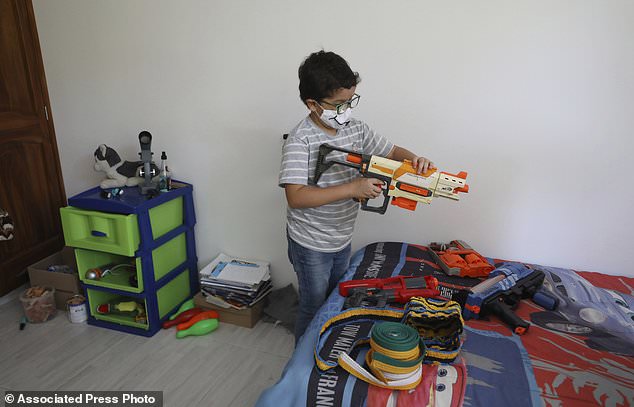 After Twitter suspended the account that issued the threat, the boy received hundreds of messages of support, including a letter that was hand-delivered by United Nations officials. Signed by the U.N. high commissioner for human rights, Michelle Bachelet, it congratulated Francisco for his work on behalf of the environment.

Vera, who lives in Villeta, a small town surrounded by mountains, told Caracol TV that people always wonder why he didn’t choose to be like other boys his age, especially in a soccer-crazy country.

‘For example, sometimes I am asked, why didn’t you decide to be a normal kid? First of all what is a kid, what is a kid? And what does the word normal mean?’ he said. ‘We are all abnormal in our own ideas, for the things that we do, and there is nothing normal. It means that what we do is abnormal.’

Vera said he welcomes ‘constructive criticism’ and is trying to ignore the threat as well as messages in which critics accuse him of being an instrument of leftist politicians.

He said his group of young activists will campaign against the introduction of oil fracking technology in Colombia and will also keep up pressure on politicians to ban single-use plastics.

Last year, the group collected 24,000 signatures in an online petition for such a ban. 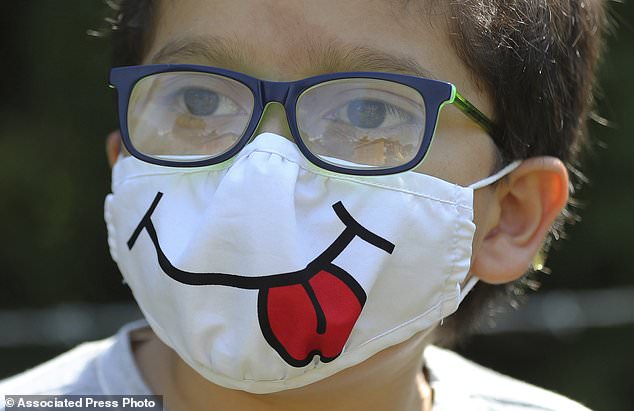 Francisco Vera, an 11-year-old boy in Colombia, received a death threat over Twitter on January 15, but says that he will continue to lead campaigns and urged other young people to use social media to ‘support causes they believe in’ 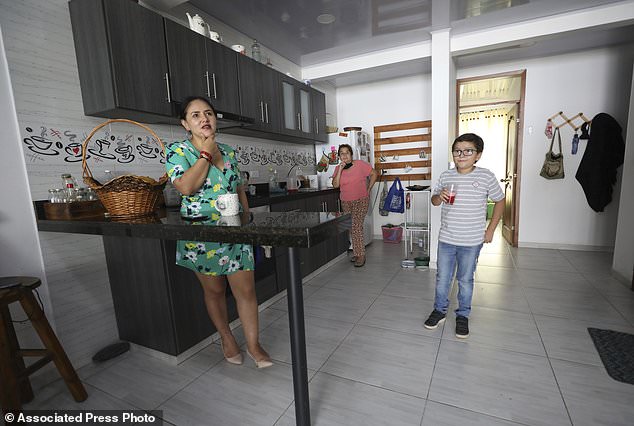 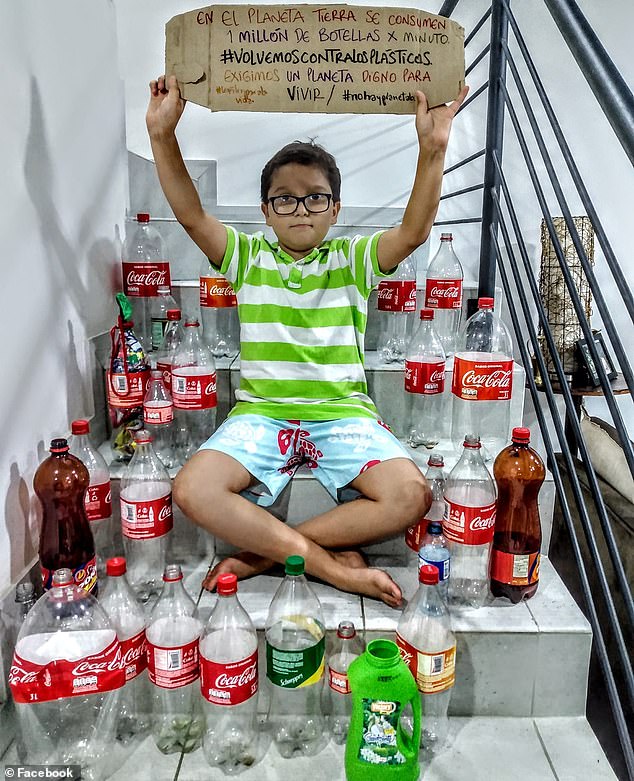 Francisco Vera formed Guardians for Life, a group that now has at least 11 chapters and more than 200 members across Colombia. It planted hundreds of trees last year and petitioned Colombia’s government to ban single-use plastics

His mother, Ana Maria Manzanares, said she hopes the threat is nothing more than a cruel joke.

She said a town official suggested shutting down her son’s social media account, but she prefers to let him decide whether to stop campaigning.

‘I want him to be aware that he is doing something that is very valuable,’ Manzanares said. ‘And that it is possible for him and thousands of children around the world to change things.’ 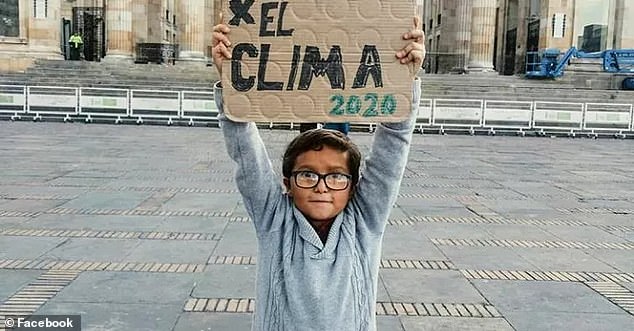 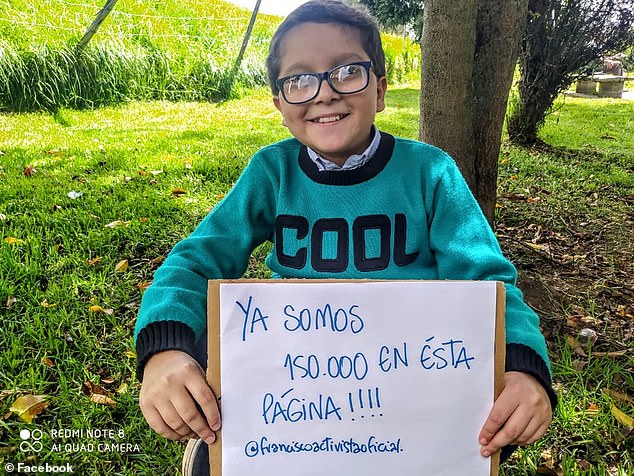 Francisco Vera appeared before Colombia’s Congress in December 2019 and asked the government to consider banning the use of plastic bottles, fracking and testings on animals

Vera agrees, stressing that adults should not be the only one worried about the globe’s pressing needs.

‘Children need to have a voice, too,’ he said, ‘Because people who are making choices today will be gone soon and we will have to deal with the consequences.’

While the sixth grader said he enjoys watching congressional debates on television, he’s also got more typical interests: playing video games, taking his dog Pinky for walks and swimming in a neighborhood pool. In his room, Vera keeps a box full of Lego bricks, taekwondo belts of different colors and a collection of Nerf guns that he shows off to visitors with a grin.

Vera, who has been into activism since the age of six, hopes to one day become an astrophysicist and a politician.

‘An astrophysicist because I like science and history a lot but I am heading much more for physics, but also a politician because I believe that we must generate a change.’

Divorce can be deeply emotional for everyone involved, especially the children who have to so quickly adapt. Natalie Muñoz, a

Divorce can be deeply emotional for everyone involved, especially the children who have to so quickly adapt. Natalie Muñoz, a