A DOG owner has relived the horrific moment her whippet was left “dripping with blood” after a spaniel attacked him at the beach.

Heidi Oliver, 26, was on holiday at Hemmick Beach, Cornwall, when her pooch Togo was savagely mauled. 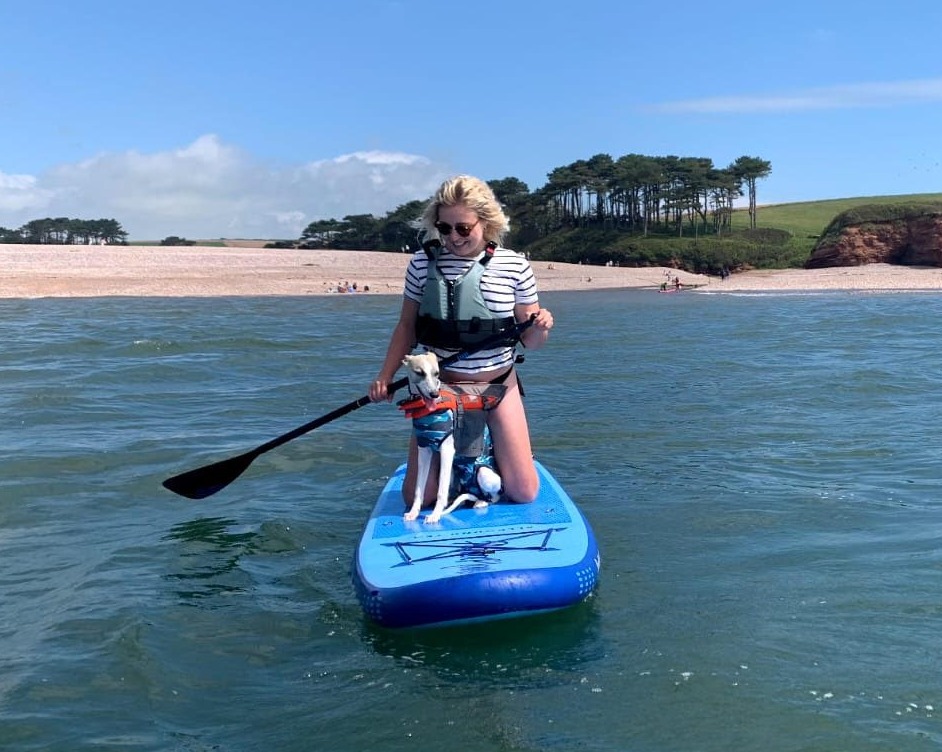 The “sweet, loving and friendly” whippet approached two spaniels on the sand at around 5.30pm on Sunday.

But the dogs, whose leads were hanging from their collars, were quick to react and began chasing Togo before one sunk its teeth into his back leg, causing it to tear.

“It snapped like an elastic band and tore all across his belly on the underside,” Heidi told The Sun Online.

“The skin was hanging off and he was dripping blood on the beach.

“He looked shell-shocked – his eyes were glazed over and he was shaking profusely.”

Heidi, who works as an illustrator and part time waitress in Exeter, Devon, said the owner of the other dogs appeared “worryingly unsurprised”. 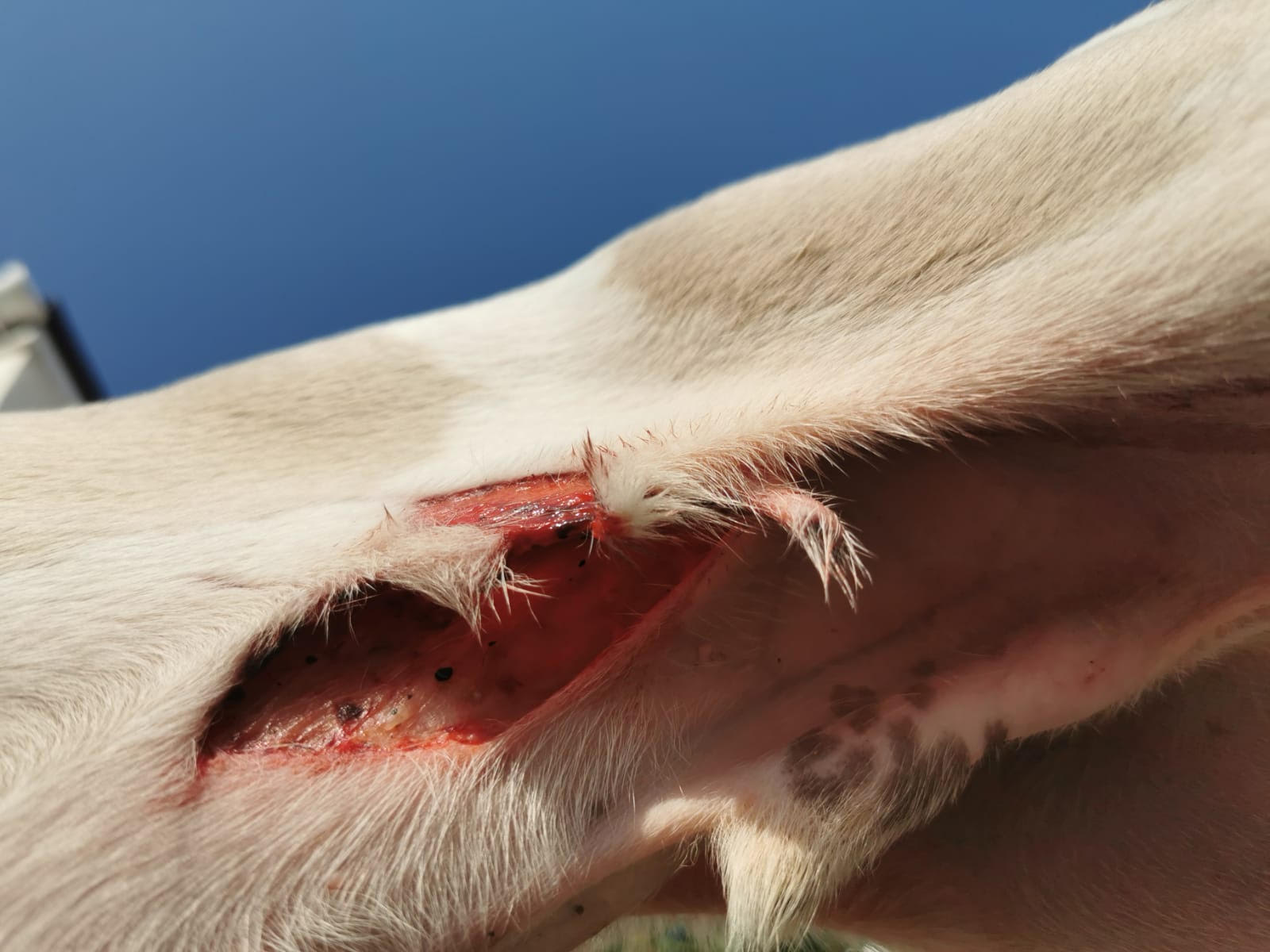 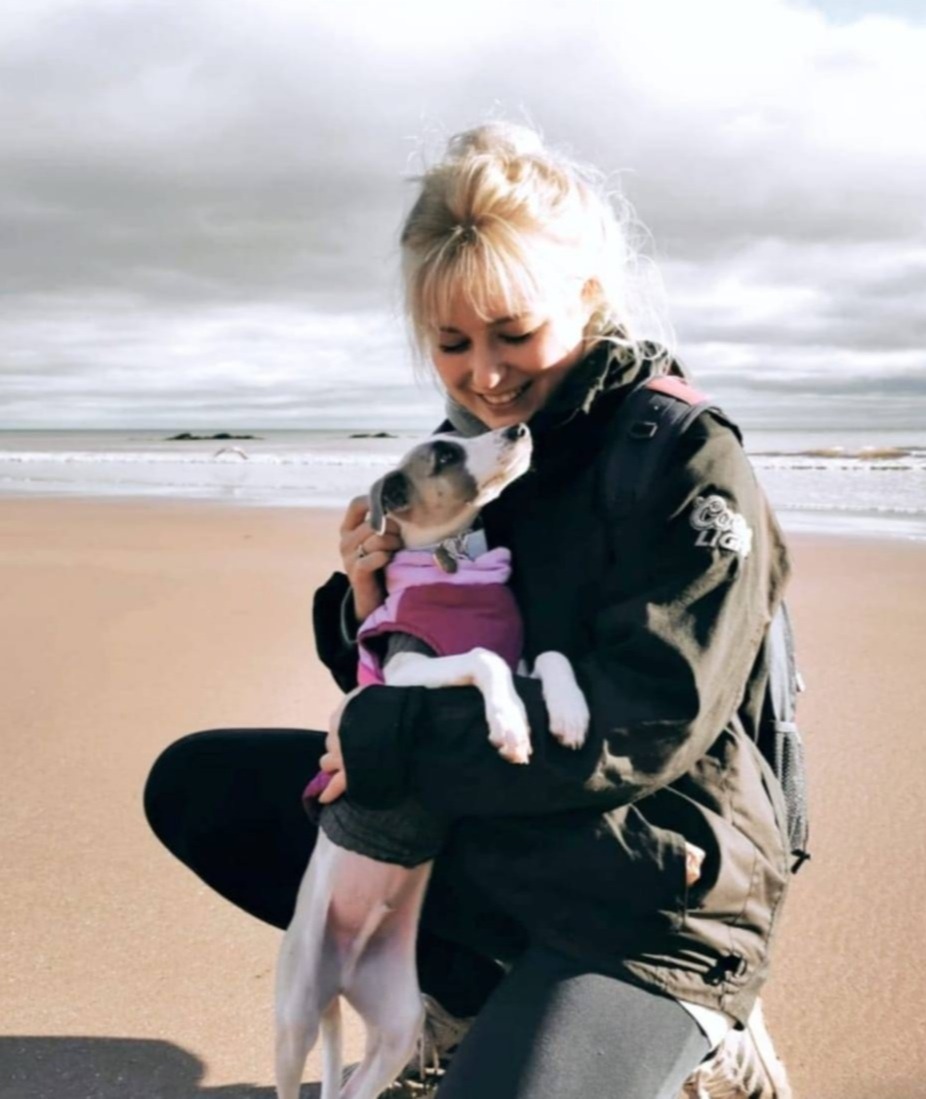 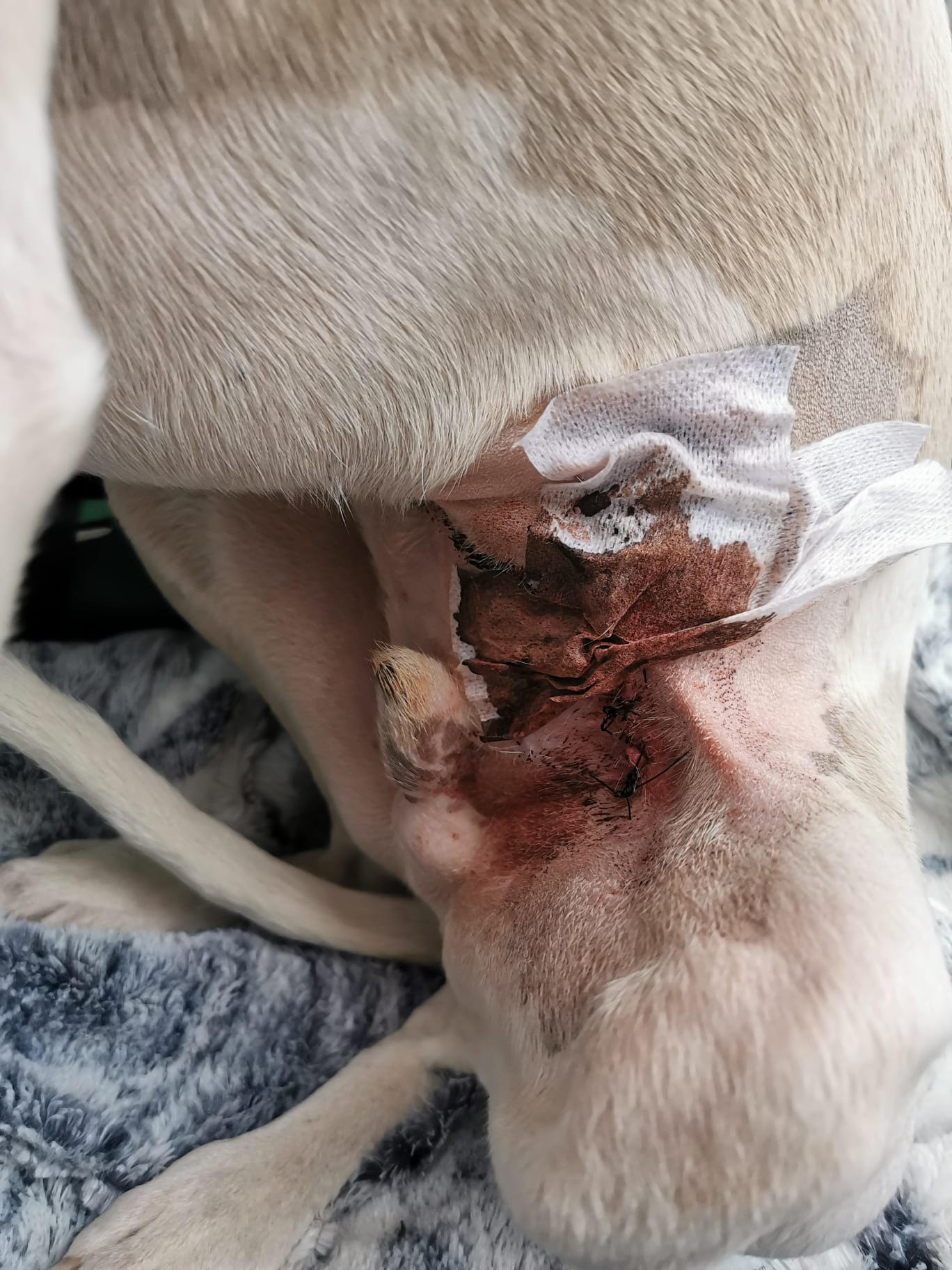 When her partner called him over, he told them he doesn’t usually let his dogs off the lead, adding that they must have felt territorial.

And when Heidi was later slapped with a £1,116 vet bill, he refused to pay up.

“We got to the vets and they said ‘we need to stitch it up now’. They needed to trim the excess off, flush it out, stitch him up and monitor him for a few hours that night.”

She was told nine-month-old Togo would need surgery and he was put under anaesthetic.

Heidi also had to turn down a tenant due to move into her house with another dog – losing her a further £525.

“The vet said normally the owner of the aggressive dog would come in, pay the bill and then claim off their third party insurance.

“But [the dog owner] said he couldn't [pay the bill] because he doesn't have third party insurance. And he wouldn’t pay it anyway because he said he can’t admit liability.” 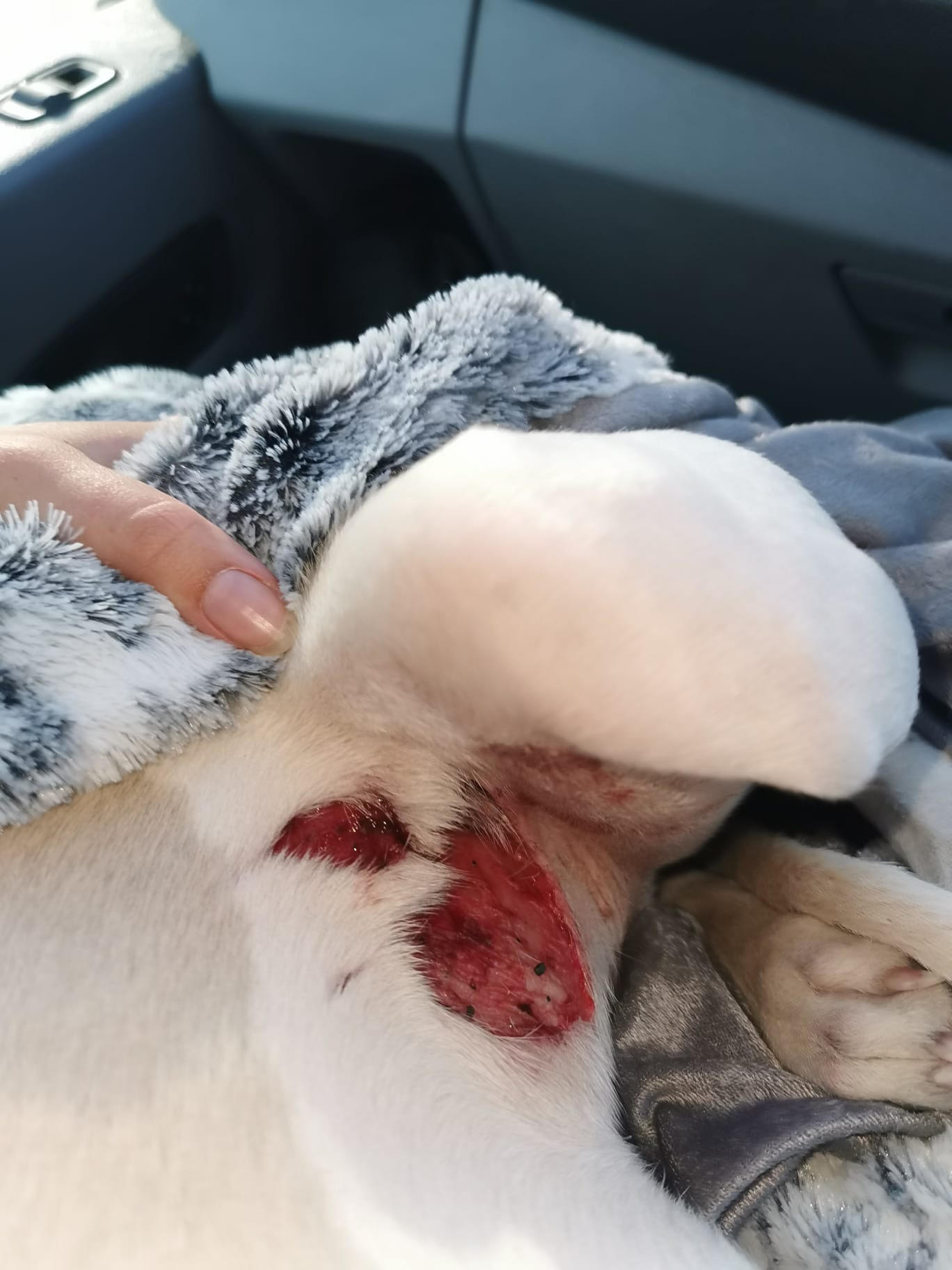 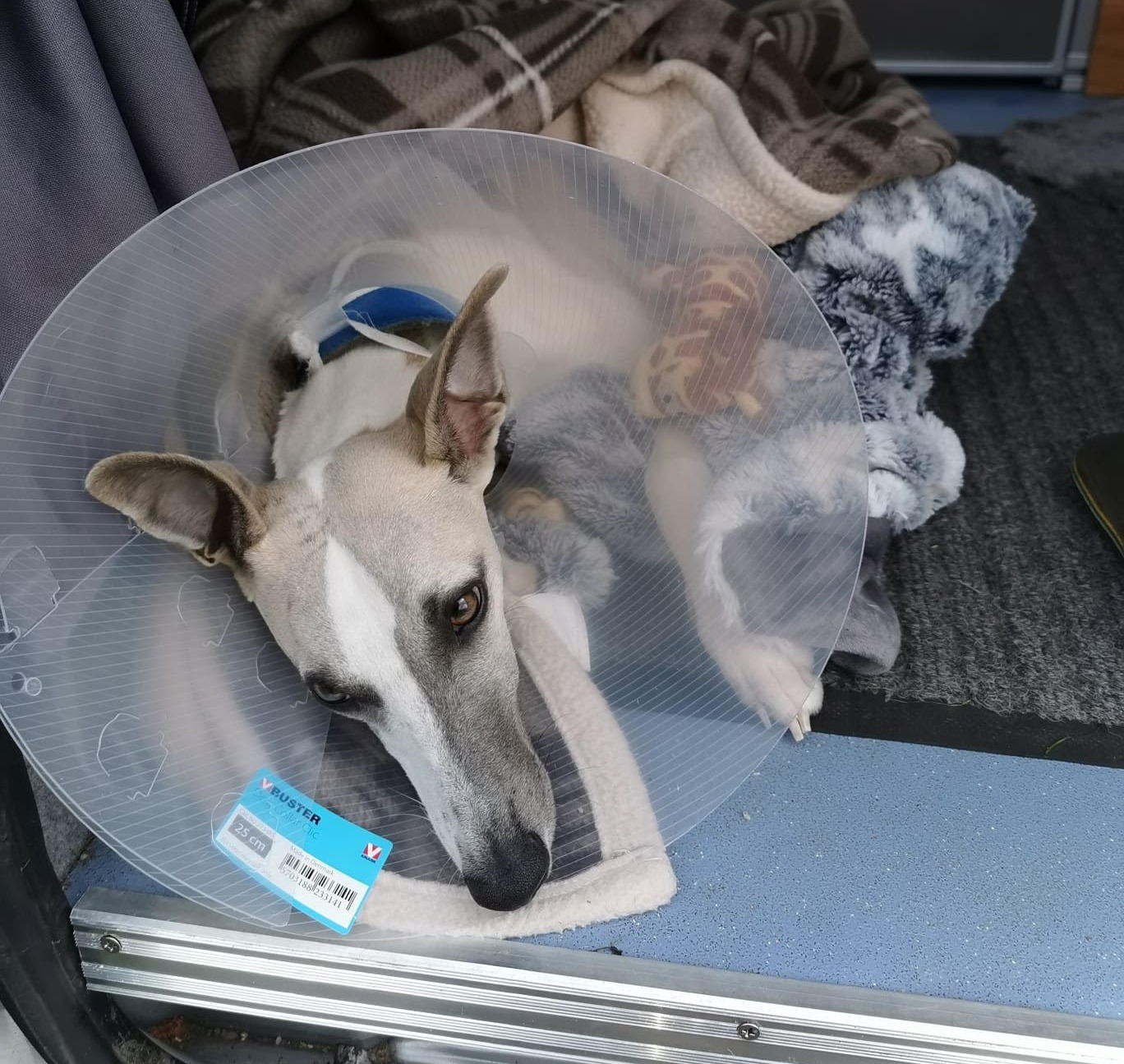 The owner told Heidi he was willing to pay a contribution to the excess, which was £85, but because Togo had approached his dogs he said he wasn’t liable for the attack.

“My concern with that is that if he thinks an animal or even potentially a child walking towards his dog solicits an attack – and that’s worrying,” Heidi said.

The frustrated owner, who should be able to claim her vet bills back on her insurance, is now urging others to insure their pets.

“I just want to raise awareness that people who have reactive or aggressive dogs must consider putting them on leads or muzzling them. And If you have a reactive dog you must have third party liability.

“The vet said this is the fourth attack they’d had that weekend. The police said they would send the owner a warning. But what happens the next time these dogs potentially kill a dog, or cause that damage again?

“I don’t think it’s fair. I think if your dog is slightly aggressive, reactive, protective or territorial, just keep them on the lead or put a muzzle on them when they are running around.”

Togo has been to the vet three times since the attack and his wounds are starting to heal. But he is no longer his usual bubbly self.

Heidi said: “It’s awful that this happened to Togo, he was such a bubbly dog and it’s going to take a lot of rebuilding to get that back.

“I’m relieved it wasn’t a child or a baby, as the damage could have been a lot worse.”

When approached by The Sun Online the other dog owner declined to comment. 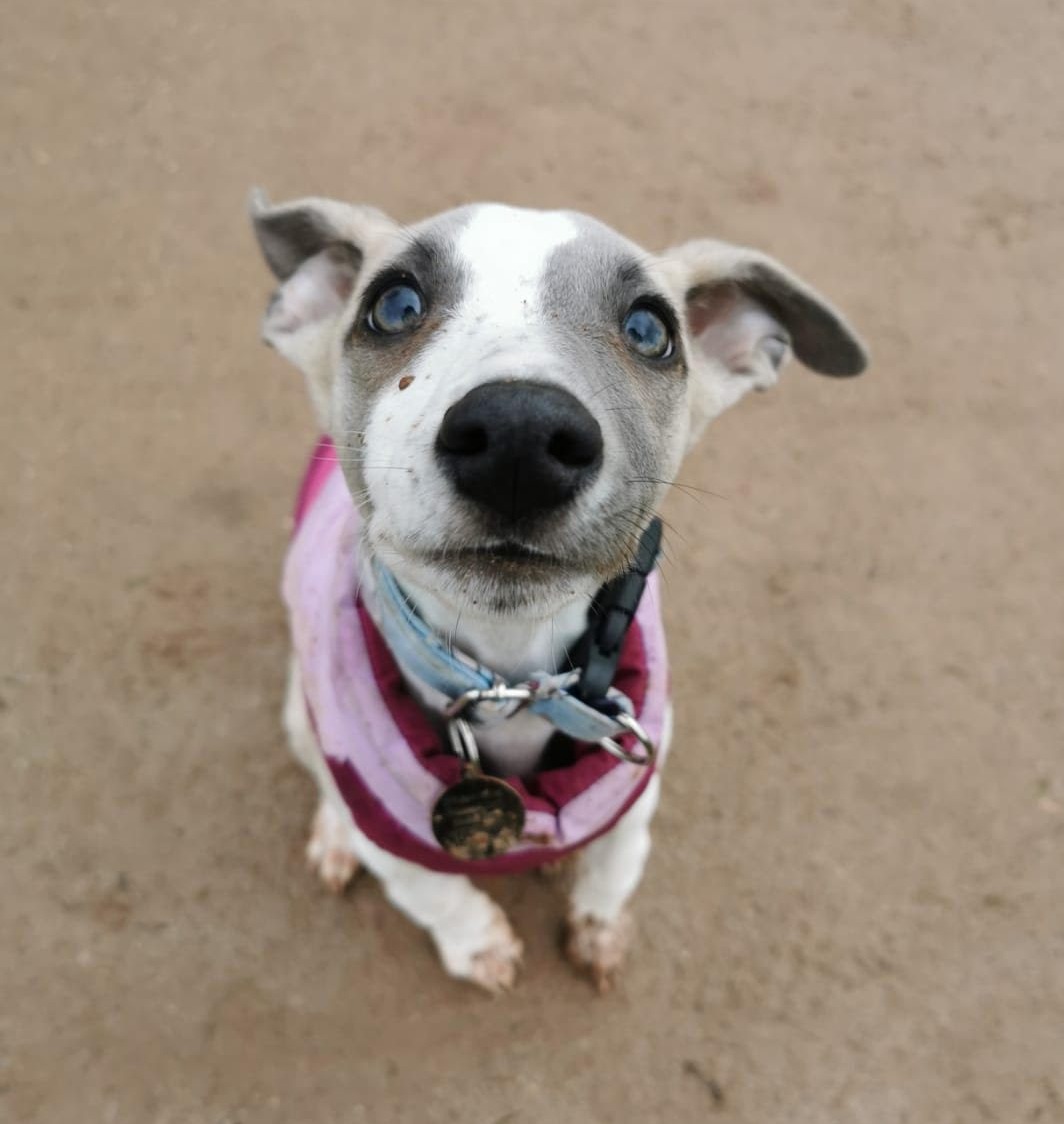 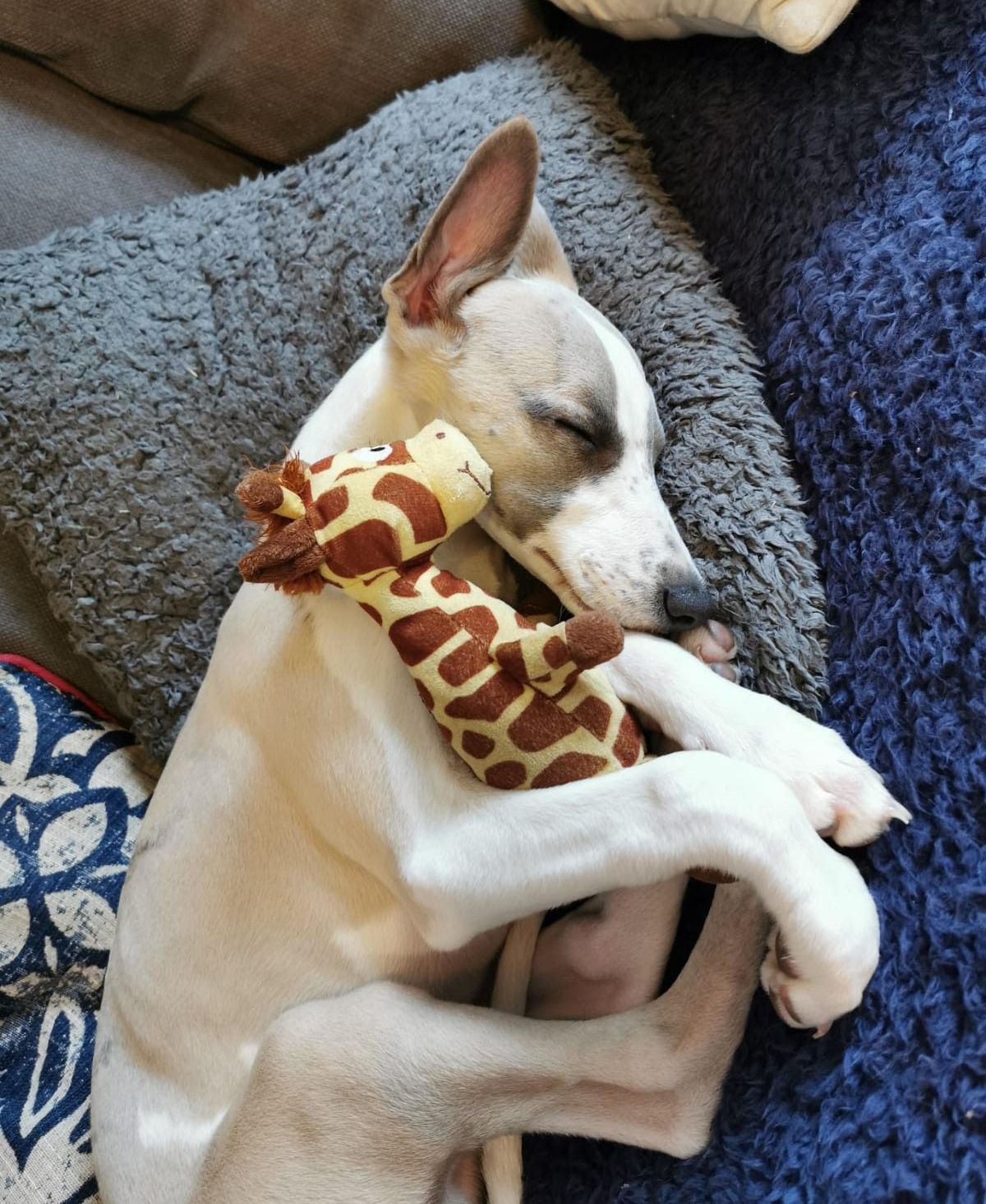 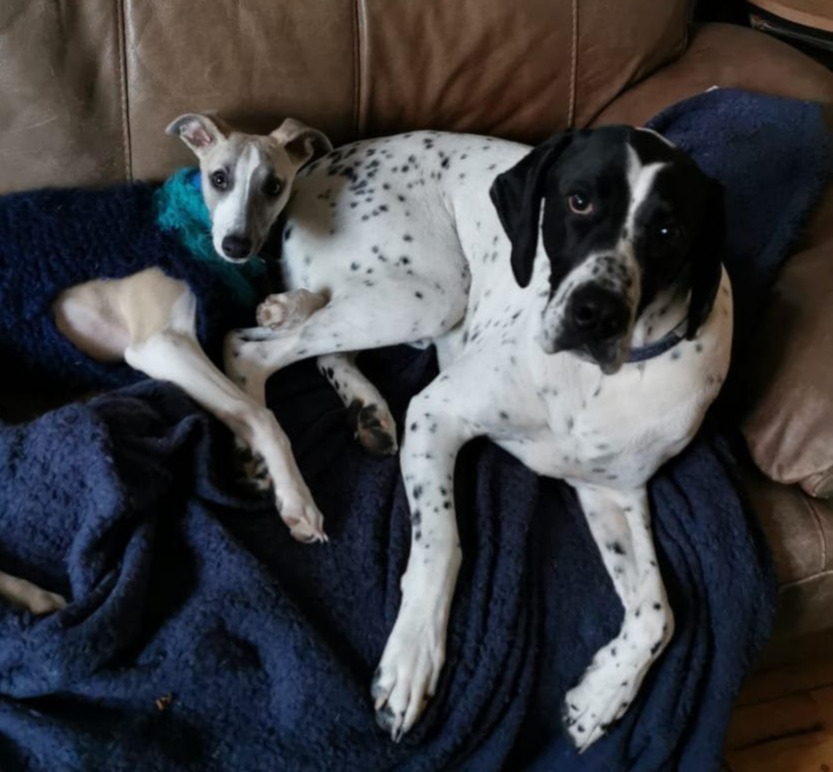 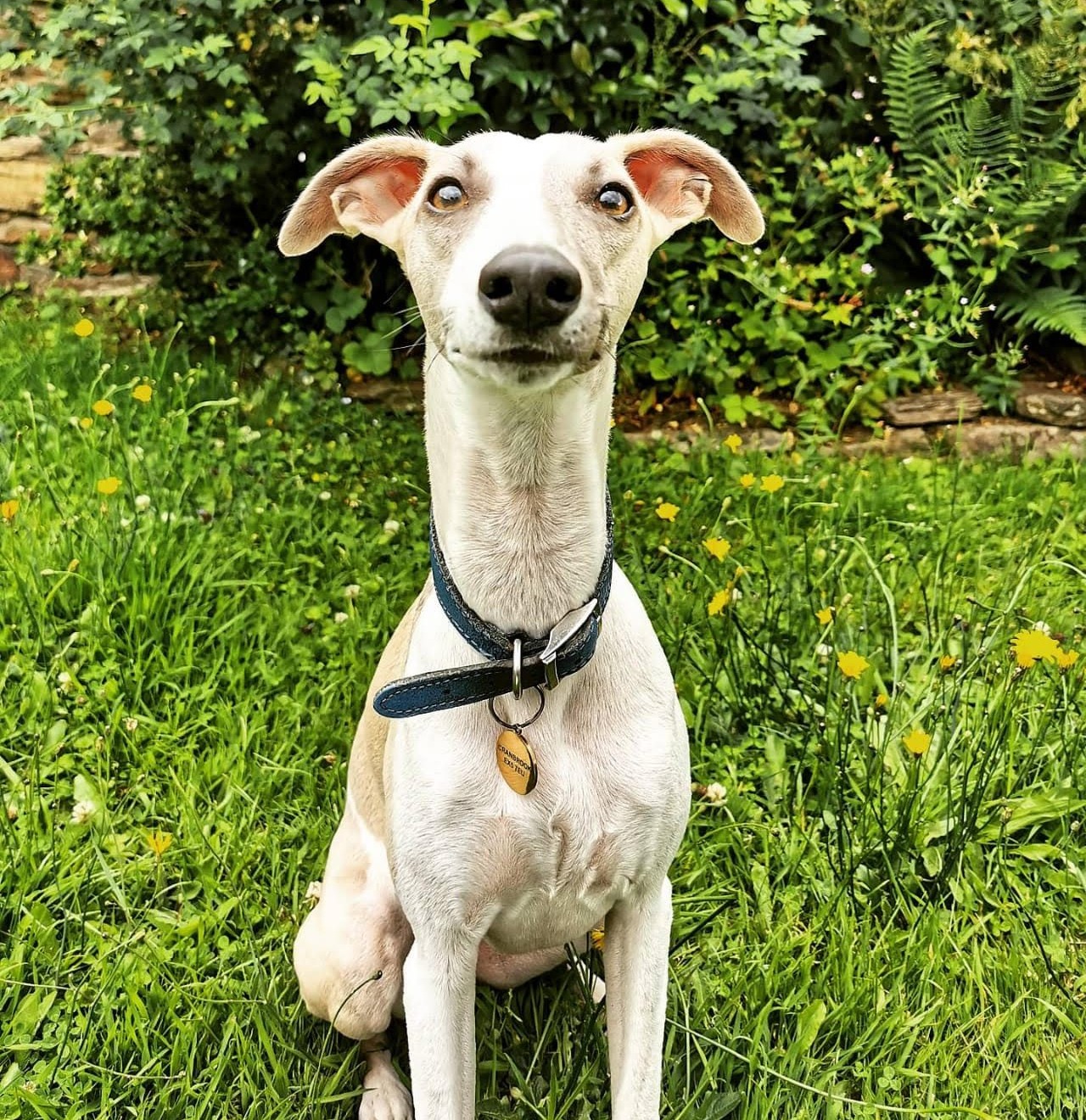