Donald Trump and Melania left Ireland on Friday afternoon, bringing an end to their whirlwind trip to Europe.

Mr Trump and his wife were pictured flying out of Shannon Airport after spending two nights at his golf resort in County Clare.

According to reports, the President spent his last morning in the small village of Doonbeg playing a round of golf at the Trump International Golf Links and Hotel.

Friday’s departure brings to an end a whistle-stop tour of several European nations for the President which included several days in Britain.

Yesterday he attended commemoration services in Normandy to pay his respects to the Allied troops who fought in the battle 75 years ago.

Earlier in the week he also visited Buckingham Palace for a state banquet as a guest of the Queen and held talks with Prime Minister Theresa May. 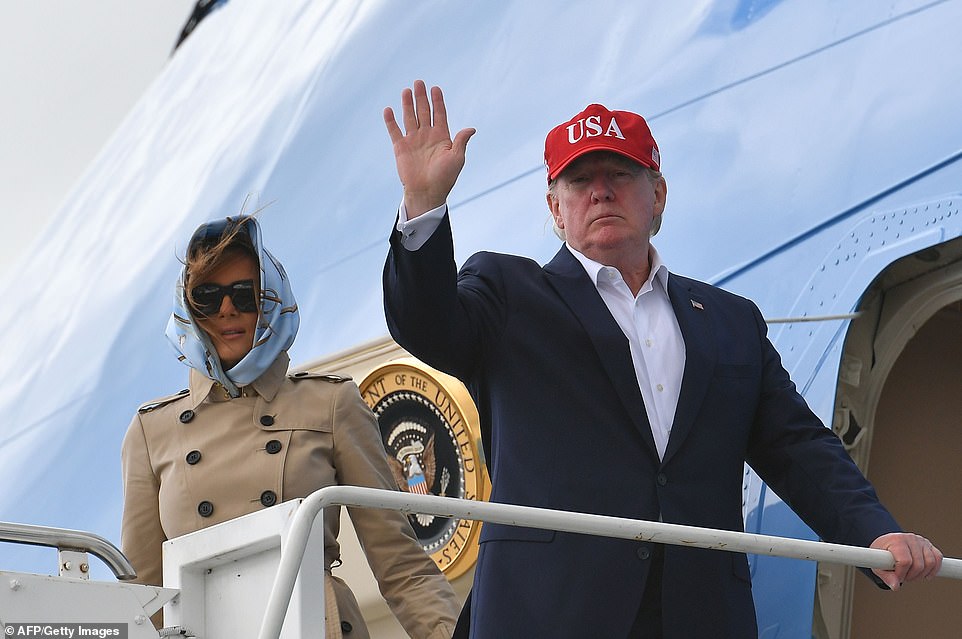 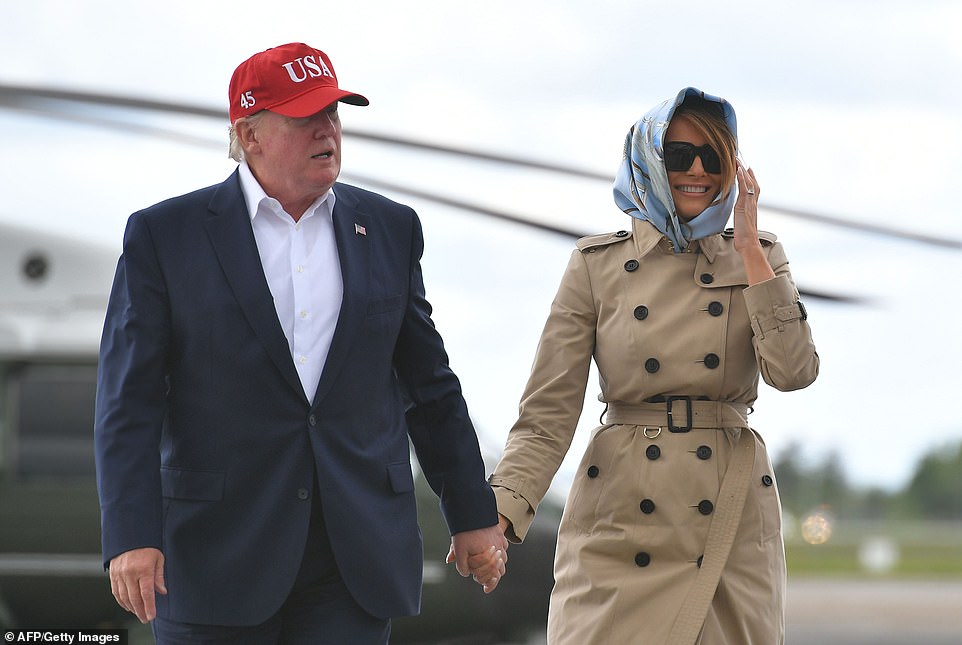 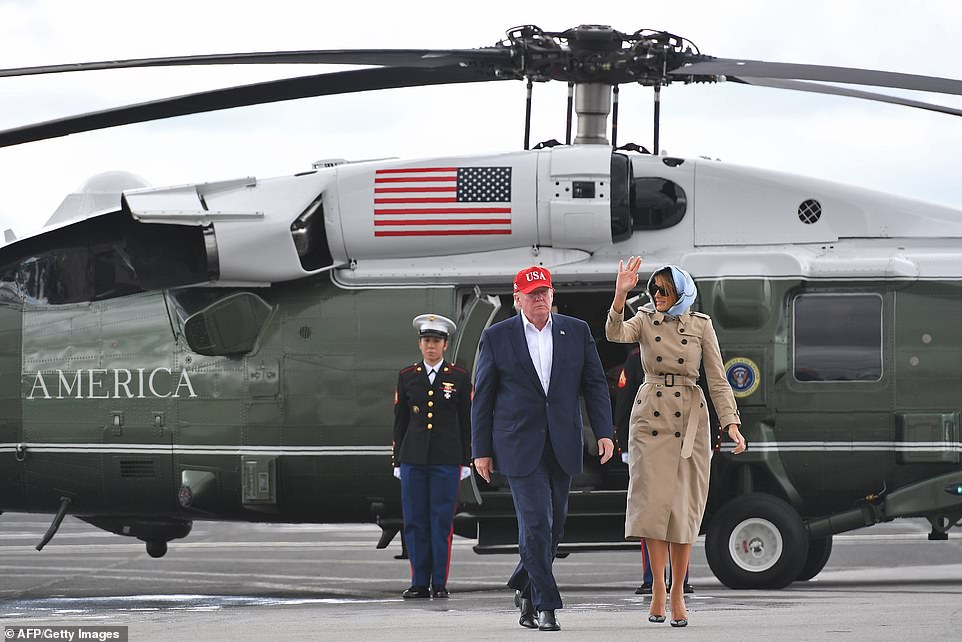 The dinner, which was hosted by Mr Trump’s chief of staff Mick Mulvaney, was described as a relaxed event, with fish, chips and steak on the menu.

Stephen Kearon, a former Fianna Fail government special adviser, was among the guests.

He said: ‘It was very relaxed and Mr Trump was chatting a lot and smiling a lot.

‘He spoke to guests and people wanted to get selfies with him. He didn’t rush out of the room. The secret service was around but not too intrusive.

‘It was just like any other bar and pub in Ireland. No-one was going up to bother him. He stayed for well over an hour.’

The Trump family visit has prompted a massive security operation in west Co Clare. A ring of steel has been erected around the five-star Doonbeg resort.

About 1.8 miles (3km) of barriers and 1.8 miles of 6ft-high fencing have been put in place for the visit. Some 1,500 gardai were also drafted in throughout the area for three days. 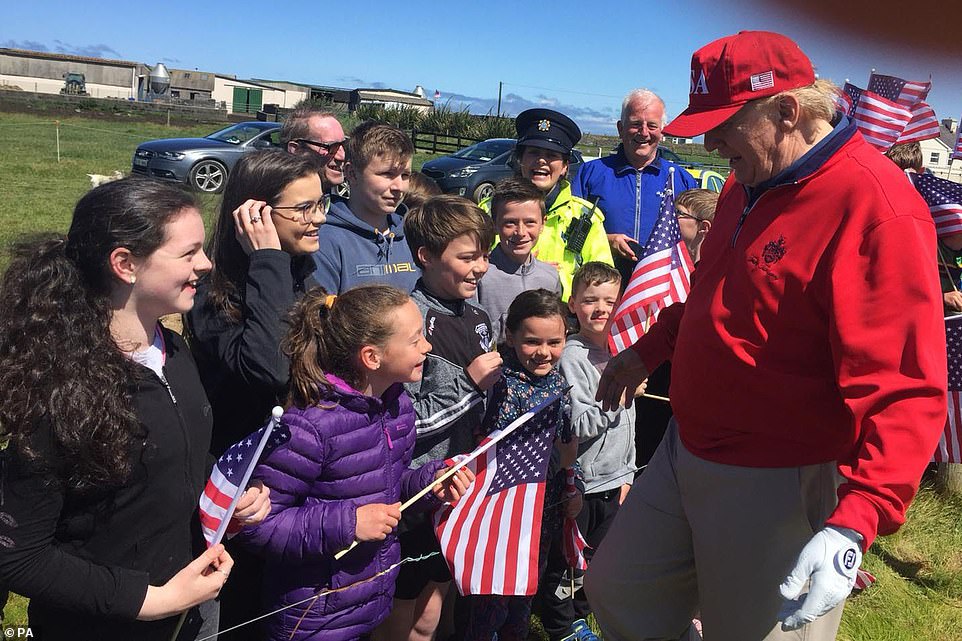 Residents, pupils and teachers from Clohanes National School meeting US President Donald Trump at his golf resort in Doonbeg, Co Clare before he departed on Friday 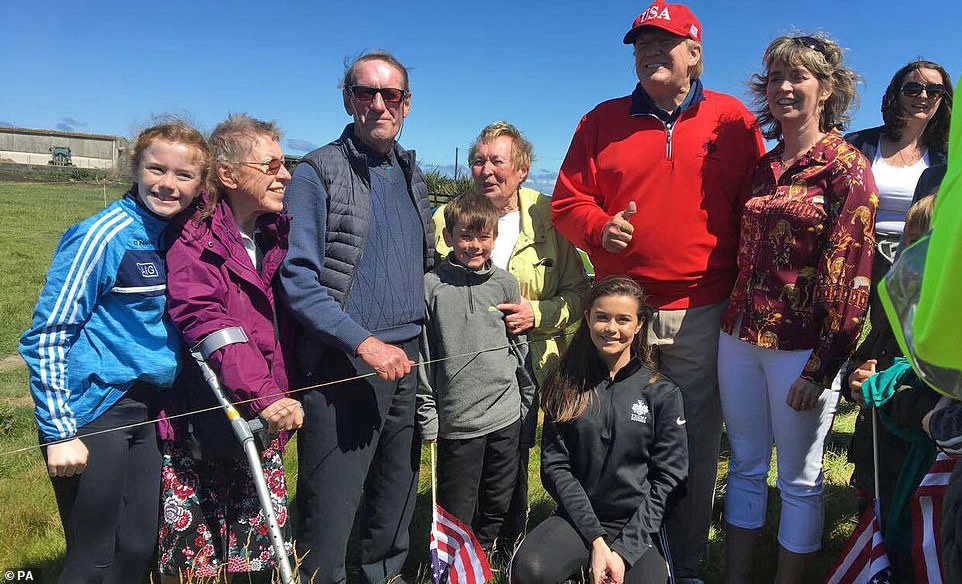