LONDON (Reuters) – Britain rolled out the royal red carpet for Donald Trump on Monday but the pomp, pageantry and banquet with Queen Elizabeth looked set to be overshadowed by the U.S. President’s views on Brexit, the UK’s next leader and a row over China’s Huawei.

Trump and his wife, Melania, were greeted by the 93-year-old monarch at Buckingham Palace at the start of a three-day state visit which sees him feted with the full force of royal ceremony: a formal dinner with the queen, tea with heir Prince Charles, and a tour of Westminster Abbey, coronation church of English monarchs for 1,000 years.

“I look forward to being a great friend to the United Kingdom, and am looking very much forward to my visit,” Trump wrote on Twitter as he landed at London’s Stansted Airport.

But beyond the theater, the proudly unpredictable 45th U.S. president is rocking the boat with the United States’ closest ally, whose political establishment has been in chaos for months over Britain’s departure from the European Union.

As he was flying into the British capital, he reignited a feud with London Mayor Sadiq Khan – who had written on Sunday that Britain should not be rolling out the red carpet for the U.S. president – describing him as a “stone cold loser.

The state visit, promised by Prime Minister Theresa May back in January 2017 when she became the first foreign leader to meet him after he took office, is cast as a chance to celebrate Britain’s “special relationship” with the United States, boost trade links and reaffirm security cooperation.

At Buckingham Palace, Melania, stood beside Elizabeth and Charles’s wife Camilla, while Charles and Trump inspected the guard.

Trump will have lunch with the queen before the monarch’s second son Prince Andrew accompanies him to Westminster Abbey where the president will lay a wreath at the Grave of the Unknown Warrior.

The day culminates with a lavish state banquet at Buckingham Palace – where men wear white tie coats with tails and women evening gowns.

But away from the pageantry, Trump is set to make his trip the most unconventional state visit in recent British history.

He has already waded far into Britain’s turbulent domestic politics, where more than a dozen candidates are vying to replace May, who announced last month she was quitting after failing to get her EU divorce deal through parliament.

The president, who has regularly criticized May’s Brexit tactics, said Britain must leave the bloc on the due date of Oct. 31 with or without a deal and praised a more radical Brexit-supporting potential successor as British leader.

He also called for arch-Brexiteer Nigel Farage, a scourge of May’s ruling Conservative Party, to conduct talks with the EU. 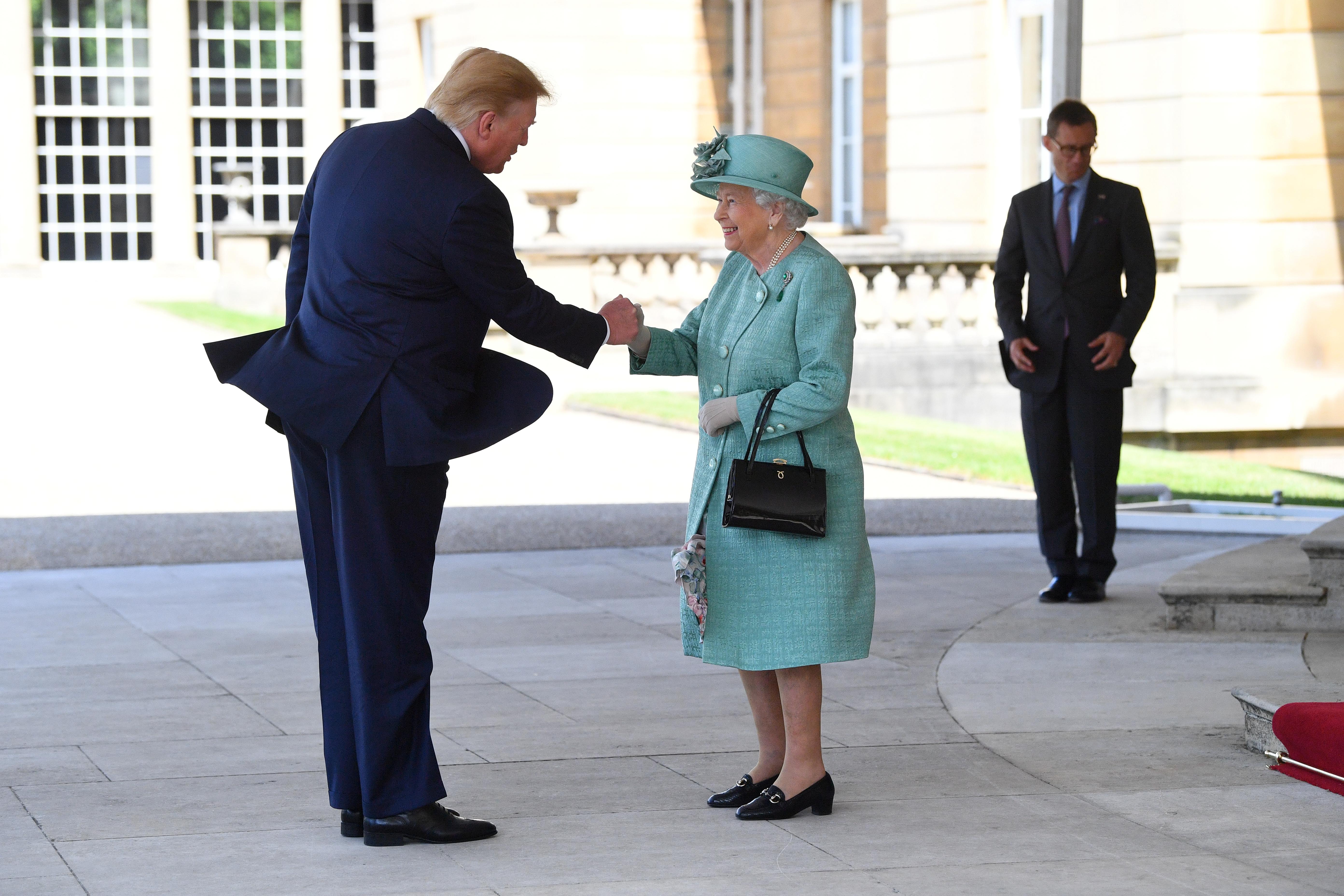 Brexit is the most significant geopolitical move for the United Kingdom since World War Two and if it ever happens then London will be more reliant on the United States as ties loosen with the other 27 members of the EU.

At a meeting with May, Trump will also warn Britain that security cooperation, a cornerstone of the western intelligence network, could be hurt if London allows China’s Huawei a role in building parts of the 5G network, the next generation of cellular technology.

The Trump administration has told allies not to use its 5G technology and equipment because of fears it would allow China to spy on sensitive communications and data. Huawei denies it is, or could be, a vehicle for Chinese intelligence.

U.S. Secretary of State Mike Pompeo told Britain last month it needed to change its attitude toward China and Huawei, casting the world’s second largest economy as a threat to the West similar to that once posed by the Soviet Union.

Britain’s relationship with the United States is an enduring alliance, but some British voters see Trump as crude, volatile and opposed to their values on issues ranging from global warming to his treatment of women.

Hundreds of thousands protested against him during a trip last year and a blimp depicting Trump as a snarling, nappy-clad baby will fly outside Britain’s parliament during the visit. Other protesters plan a “carnival of resistance” in central London.

Jeremy Corbyn, the socialist leader of Britain’s opposition Labour Party, who has declined an invitation to attend the state banquet, scolded Trump for getting involved in British politics. 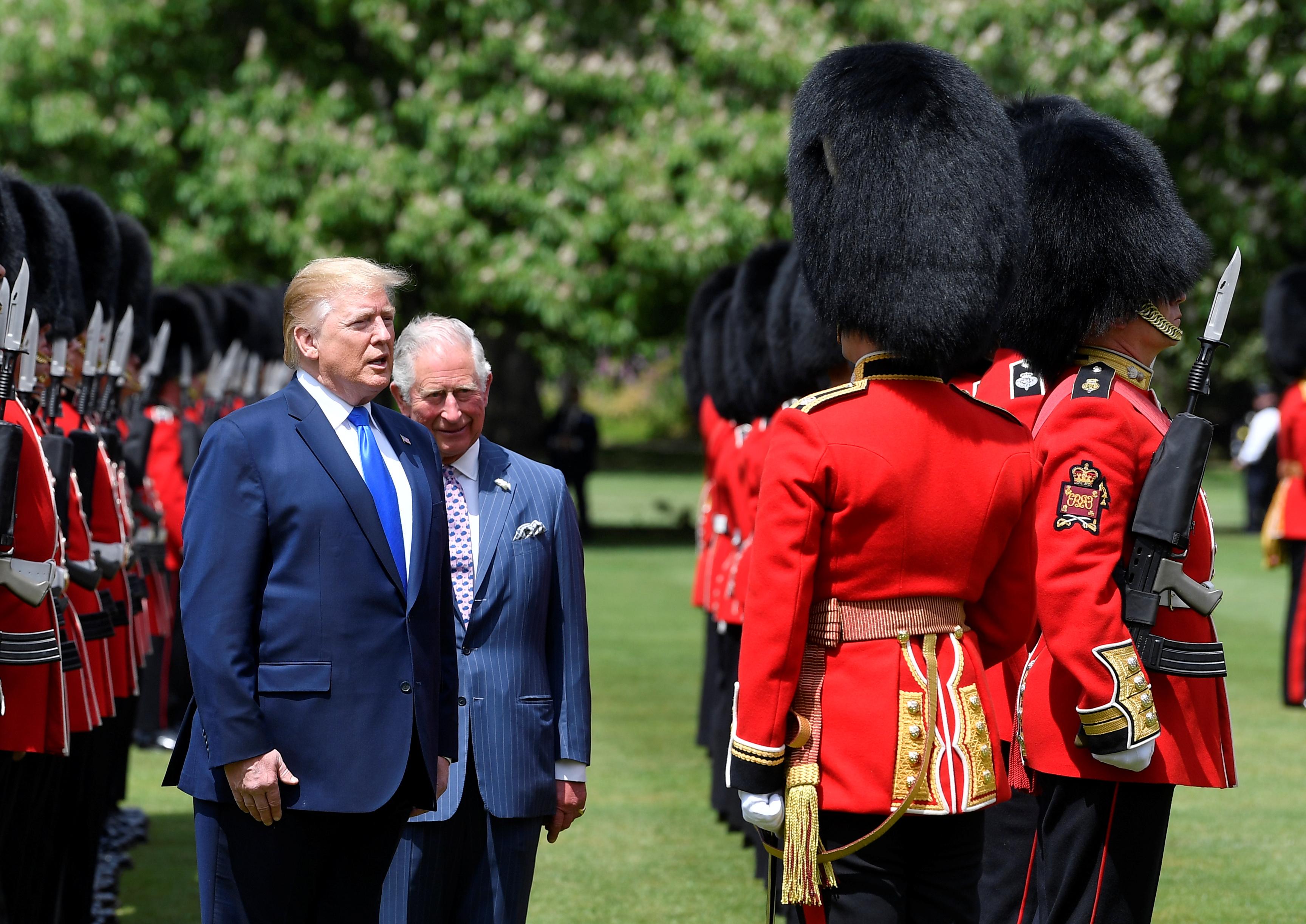 Another senior Labour lawmaker, Yvette Cooper, said it was wrong to gift Trump the opportunity of photographs with the royal to boost his re-election campaign next year.

“So appalled Theresa May has given this man a red carpeted platform to do this,” she wrote on Twitter. “Doesn’t help Britain to be lavishing pomp on a president so determined to be divisive, childish & destructive.”

While Monday is dominated by pageantry, the second day of Trump’s trip will focus on politics, including a breakfast with business leaders, talks with May in 10 Downing Street, a news conference and a dinner at the U.S. ambassador’s residence.