DOZENS of travellers have pitched up at a Devon beauty spot – as furious locals say summer is "ruined".

An encampment has been set up on the seafront at Paignton as thousands of Brit staycationers head to the coast for breaks. 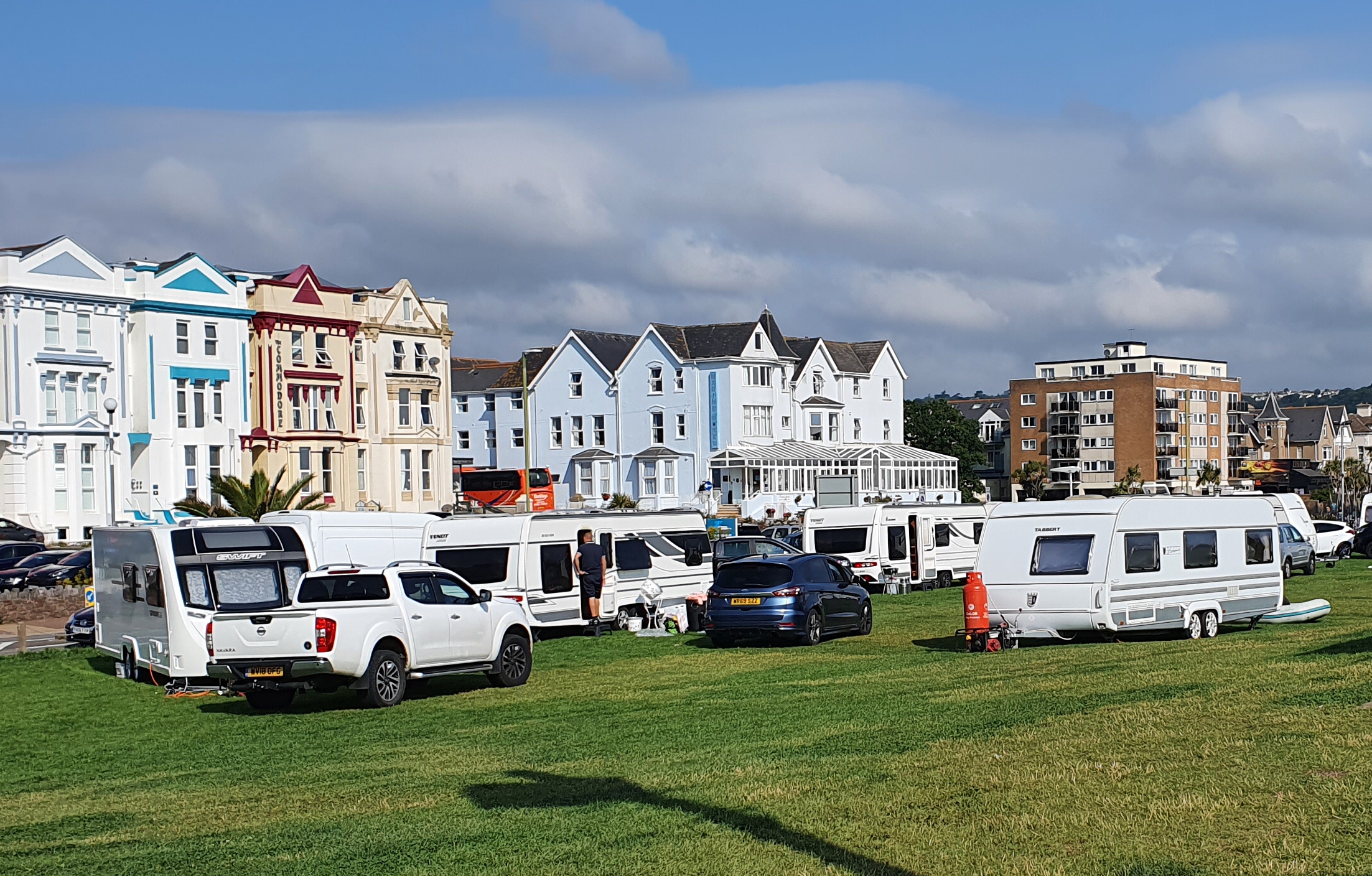 And residents living in the holiday hotspot say the visitors have even brought along inflatables to make the most of their trip.

One told DevonLive: "There are loads of them.

"One caravan even has an inflatable dinghy outside.

"They're clearly planning a few days by the beach."

It's the town's third incursion this month.

Travellers arrived at a popular playing field last week – just 20 days after another group set up a temporary home at the site.

The local council confirmed it's going to court to reclaim the land.

But some say officials aren't doing enough to prevent travellers getting onto the field.

One angry resident said: "Is it that they don’t want them to go to tourist sites and damage the local view to tourists?

"It has ruined summer for our kids. They haven't been able to play up there.

"It happens every summer. Last June it was trashed as well.

"This is totally unbelievable that the council can remove some travellers and then instantly more arrive.

"Common sense surely tells you to secure the site rather than simply shutting the gate.

It's ruined summer for our kids

"If travellers know it’s a weak area, it certainly will be targeted.

"Every summer we have to tolerate this and our children cannot use it during the summer holidays."

But council leader Steve Darling has responded to the comments, saying that the authority has "not discriminated" and there is "no hidden agenda".

Cllr Darling said dislodging encampments is "almost like a military operation" and that the council has been trying all it can to "protect all sites equally".

Speaking of another incursion, he said: "When they arrived at King George V Playing fields in Watcombe, a large vehicle was parked in front of the gates.

"The lock was broken. A third vehicle reversed into the skip that was parked across the entrance. It's a cat and mouse game we are playing.

"What we want is an identified site – ideally on the edge of Torbay.

"But before we do that we need a service level agreement with the police because it can be a grey area.

"The last thing we want is to spend shed loads of money building a fit-for-purpose site for travellers, only to have the police then to say that they cannot move them on to it.

"Unfortunately in this post-Brexit world we cannot get hold of some of the materials we need to install all the hard fencing and blockades that we need to protect other areas."

Earlier this year, a group were pictured soaking up the sun in posh Kew Green, West London.

The group set up camp in the affluent suburb, where homes sell for more than £2million, after arriving one evening with 12 caravans and other vehicles.

And last week, residents in Cheddar, Somerset went into "lockdown" after a Christian festival drew in 1,000 campers.

Pubs, shops and churches in the village were forced to close for the week after they were reportedly abused by revellers "causing havoc".