A family of six had to be winched to safety after a fast incoming tide left them stranded on rocks on a Devon beach.

The family were walking along the base of cliffs at the south end of Putsborough beach in North Devon when the tide cut them off.

They called for help and by just after 5pm the Coastguard helicopter from St Athans winched them to safety.

This video captures the moment the family are harnessed together and lifted from the rocks by the helicopter. 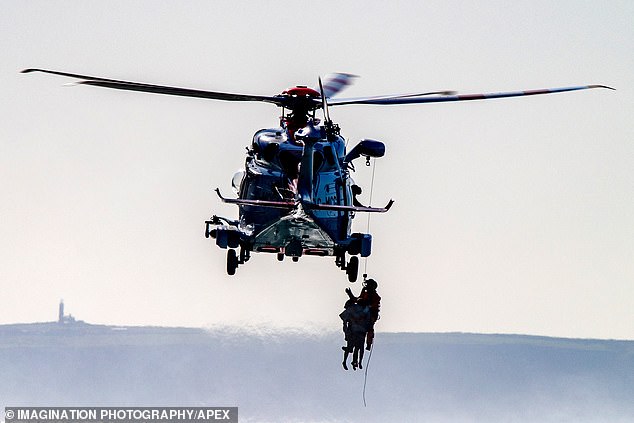 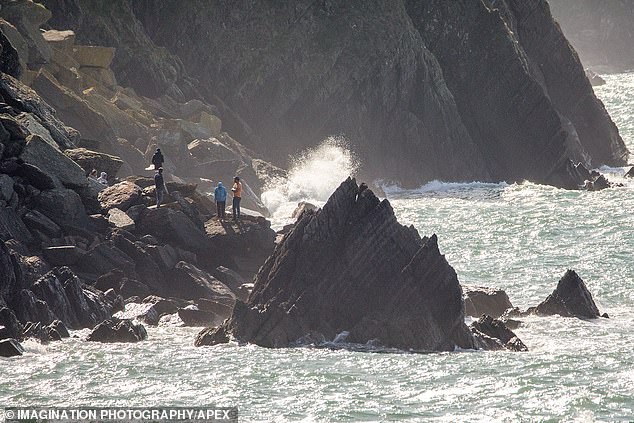 Large waves thrash around them as they are taken to safety.

It came just weeks after a couple were caught out walking towards the river mouth when the tide turned and water rose up South Gut.

They had just minutes to spare as rising waves threatened to submerge the sandbank they were standing on. 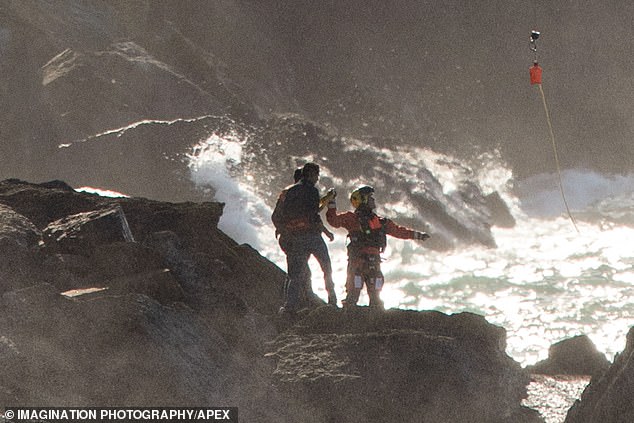 The coastguard picked them up at 4.30pm after a passerby saw they were trapped and phoned 999.

Niki Tait of Appledore RNLI, said: ‘Having recently had two significant launches for people cut off by the tide, we do urge caution when out walking along the beach or cliffs and be aware of the times of high and low water, and the speed the tide rushes in.

‘On Easter Saturday two adults were caught out walking out towards the river mouth, duly getting cut off as the tide turned and water rose up South Gut cutting them off on a sand bank the wrong side of the gut off Greysands. 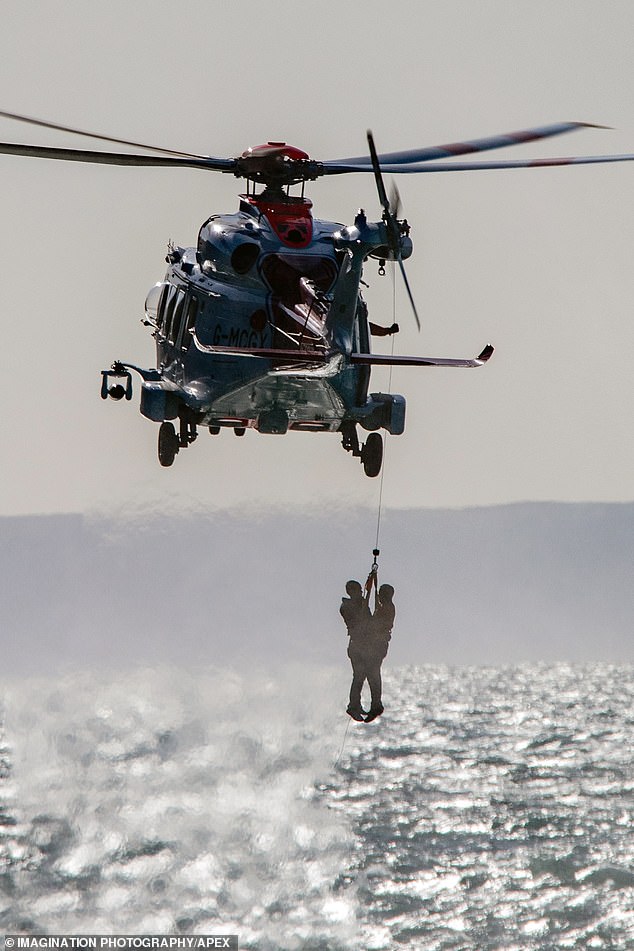 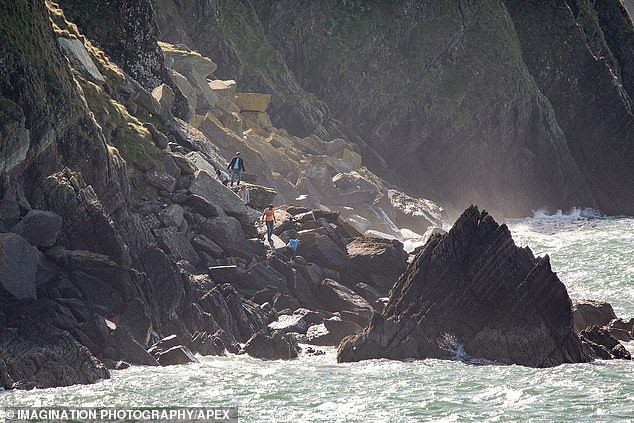 ‘The couple only had minutes to spare before the sandbank they were on was immersed when the inshore lifeboat picked them up at around 4.30 in the afternoon after a member of the public had noticed their predicament and phoned the Coastguard on 999.

‘On May 4, 2019, the Appledore inshore lifeboat was called out just after 5pm for a similar reason, this time to support both the Coastguard rescue helicopter and its shore based cliff rescue team in the recovery of a family of six cut off by tide on the cliffs at the south end of Putsborough beach.

‘The lifeboat remained on scene until the helicopter had successfully recovered the whole family and handed them over to the rescue team on the top of the cliff.’