A DRIVER was counting the cost today after he wrote off his £170k Lamborghini Huracan after smashing it into a lamp post.

The crash happened a minute past midnight in Birmingham on Sunday, as people streamed out of pubs and houses after the Euro 2020 final. 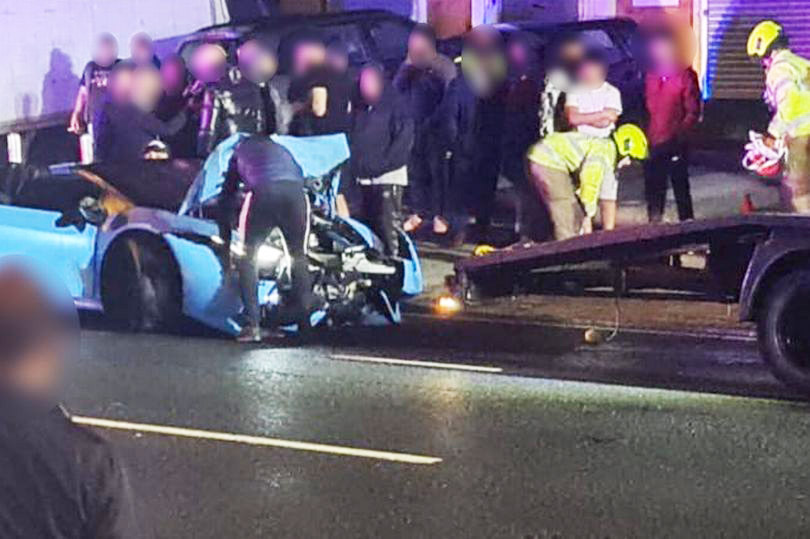 An image emerged today showing the blue supercar mangled and crushed after the collision in Handsworth.

Ten firefighters attended to douse any flames, but nobody was hurt.

West Midlands Fire Service said today: "We were alerted by West Midlands Police – a Lamborghini Huracan had been in collision with a lamp post.

"Two crews responded, one from Aston and one from Handsworth.

"There were signs of burning and we used a hose reel to make sure."

Huracan prices start at £170,000 but can rise to more than a quarter of a million pounds, depending on the model.

Amazingly, this is the second "Slam-borghini" to be written off in Brum in less than four years.

In August 2017, just after 1pm a £220,000 Lamborghini Huracan Spyder was written off after also smashing into a lamp post less than three miles away.

The 25-year-old driver, who suffered a bruised pride and a cut to his nose, had hired the supercar for the day.

He told police he was only doing 30mph when he lost control, mounted the kerb, ploughed into two parked cars, hit the lamp post and came to rest on a driveway.

Fire crews and paramedics were called but he refused hospital treatment and his family came to the scene to take him home.

Ward End fire station posted a photo of the wrecked convertible which had come to rest in front of bricks, the shattered lamp post, piles of rotting bread and a wheelie bin.

The Lamborghini  Huracan Spyder model boasts a V10 multiple injection engine and can reach 124mph in a blistering 10.2 seconds.

As one of the fastest road-legal cars in the world, they can top 200mph and reach 60mph from a standing start in 2.9 seconds. 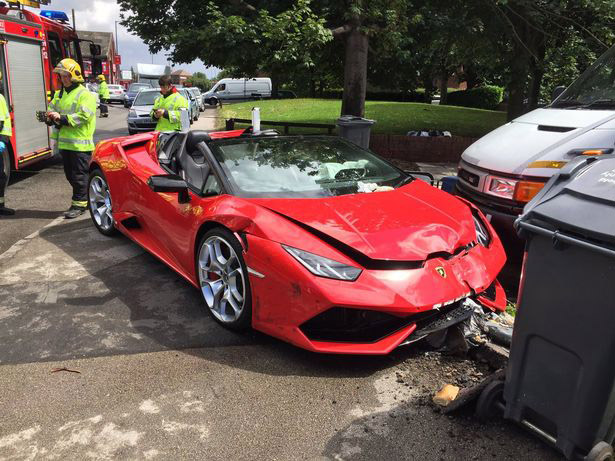