A "DRUNK" unemployed man is suspected of being the ram raid driver who killed a baby girl, her dad, a teacher and two others in Germany.

Bernd W, 51, is believed to have boozed in a kebab shop before getting behind the wheel of a 4×4 as it ploughed at 40mph into crowds of screaming Christmas shoppers in Trier. 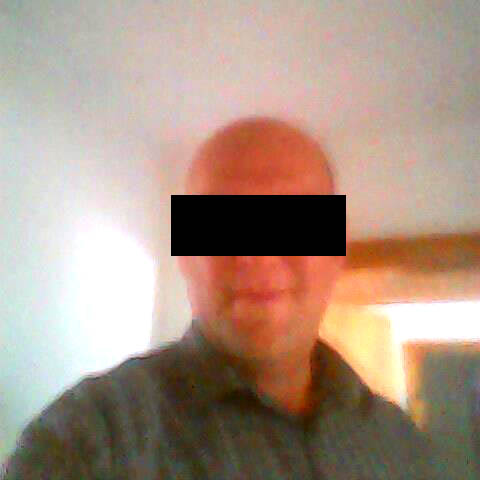 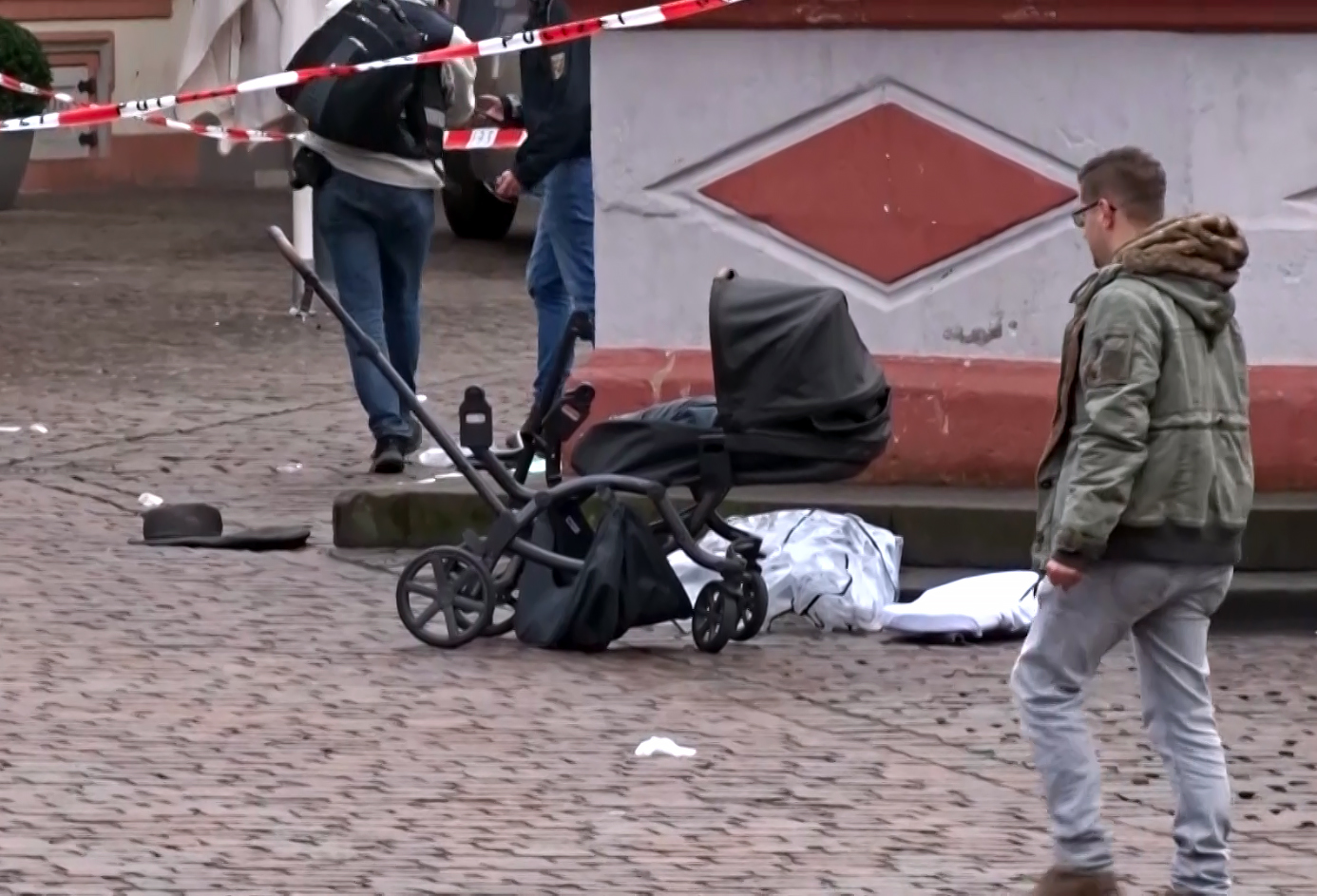 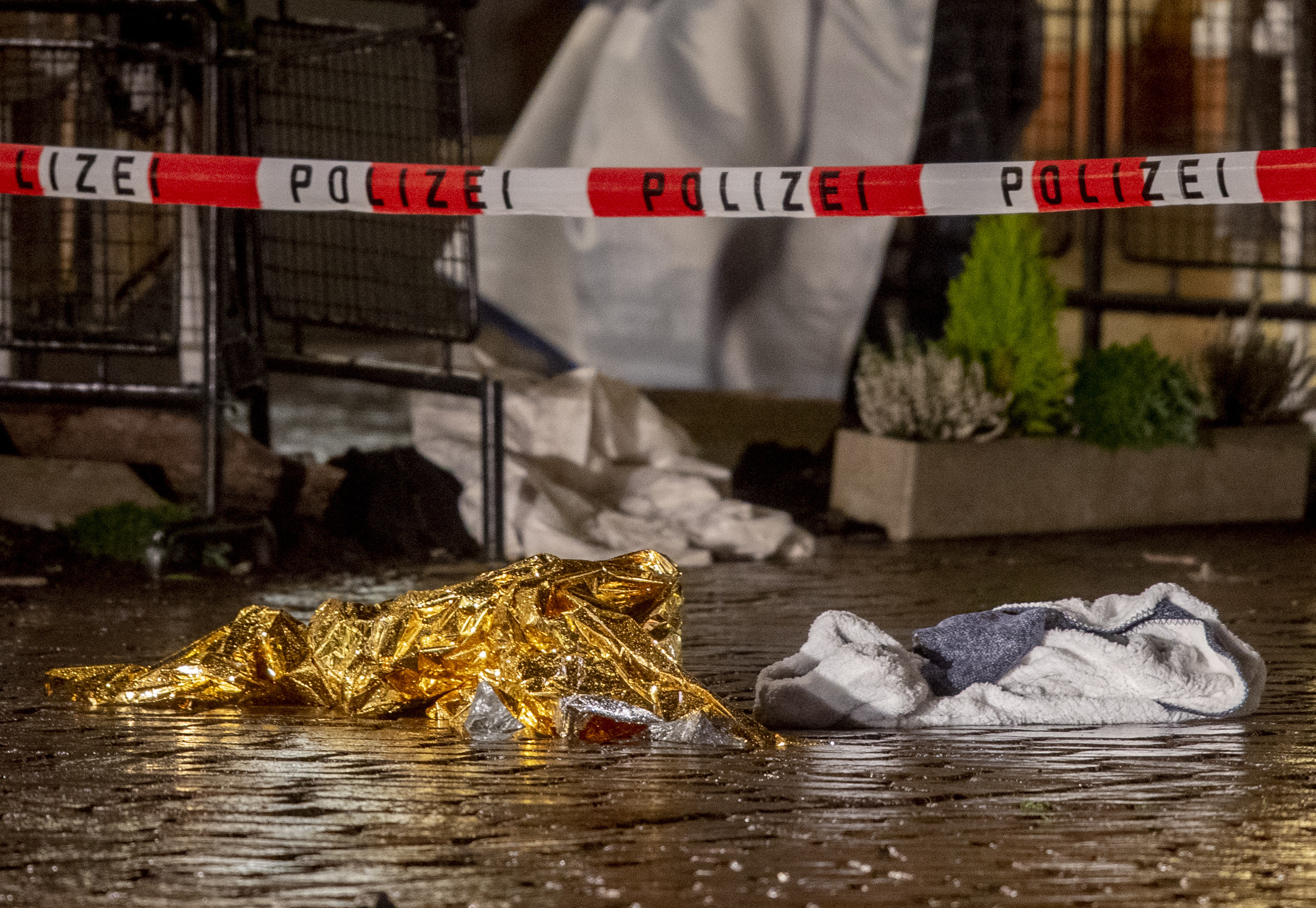 Details are now starting to emerge about Bernd W, who is said to be an out-of-work electrician who had never previously been in trouble with the law.

His picture with an obscured face has been published by German outlet RTL and appears to be taken from a Facebook account under his name.

Bernd W, from Trier, is reported to have had an alcohol problem and was drunk when he is arrested after being pulled from behind the wheel of the 4×4.

He is said to have regularly boozed in his local kebab shop – including in the hours before the attack on Tuesday.

The suspect was described by pals as "unstable" and is reported to have had a "much older" girlfriend.

Focus reports Bernd W had struggled to hold down a job and had been living off money he made from selling his dead parents' house.

He was said to be estranged from the rest of his family, and was described as a "strange and aggressive" loner who was "weird".

The social media page with his name- which has been inactive since 2015 – show him apparently having a love of cars, dogs, food and football.

There is no indication of his politics, but he had shared a meme featuring German chancellor Angela Merkel as a clown.

He also appeared to have regularly shared cryptic updates such as "eyes open", "polishing and selling tombstone" and repeatedly wrote "boredom".

Bernd also shared posts from a page called "Bite me until i scream" – which shares a mixture of sexualised content, news and jokes.

One post he shared reads: "Stand alone on my tombstone: Save your tears where were you when I was alive?" 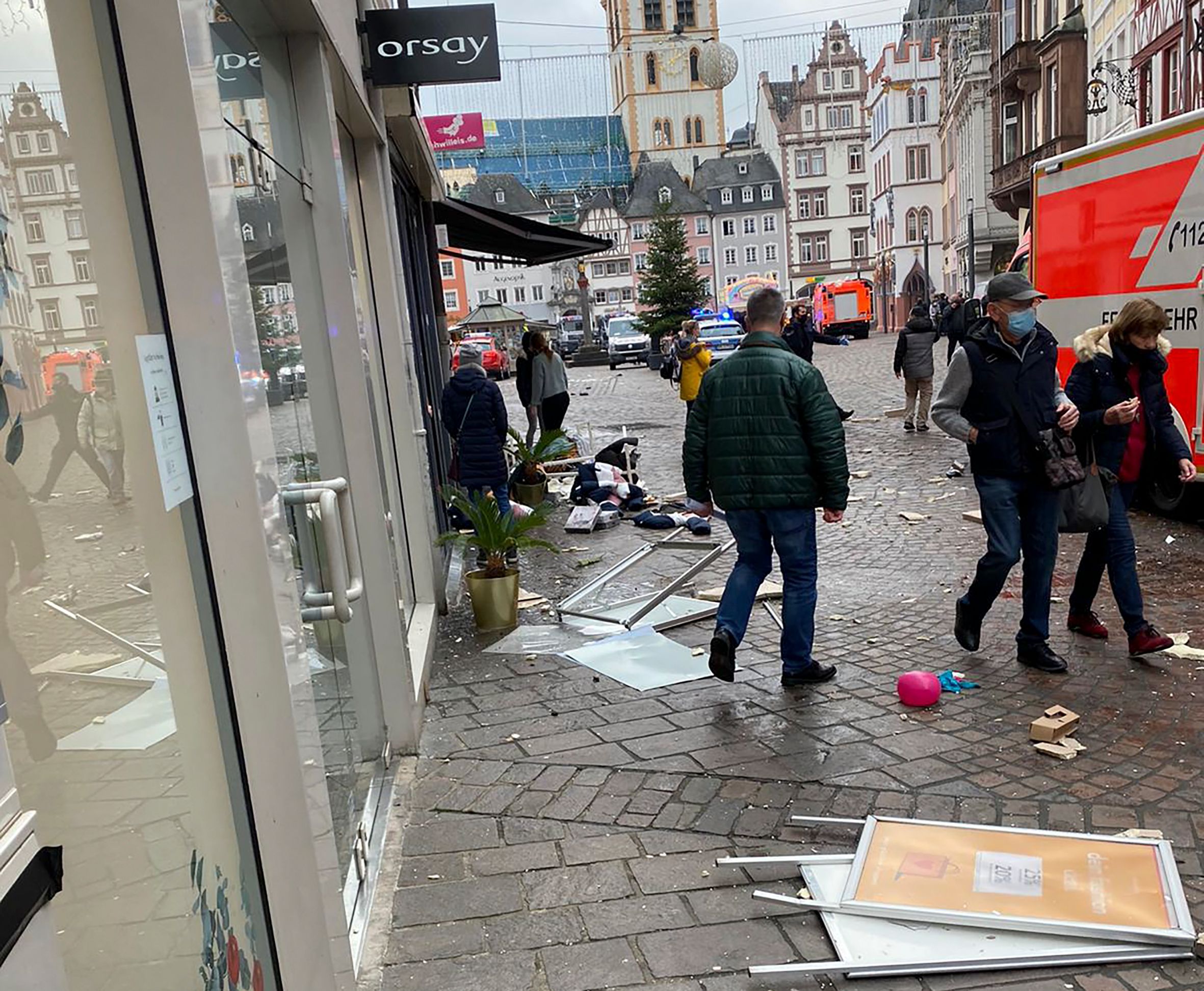 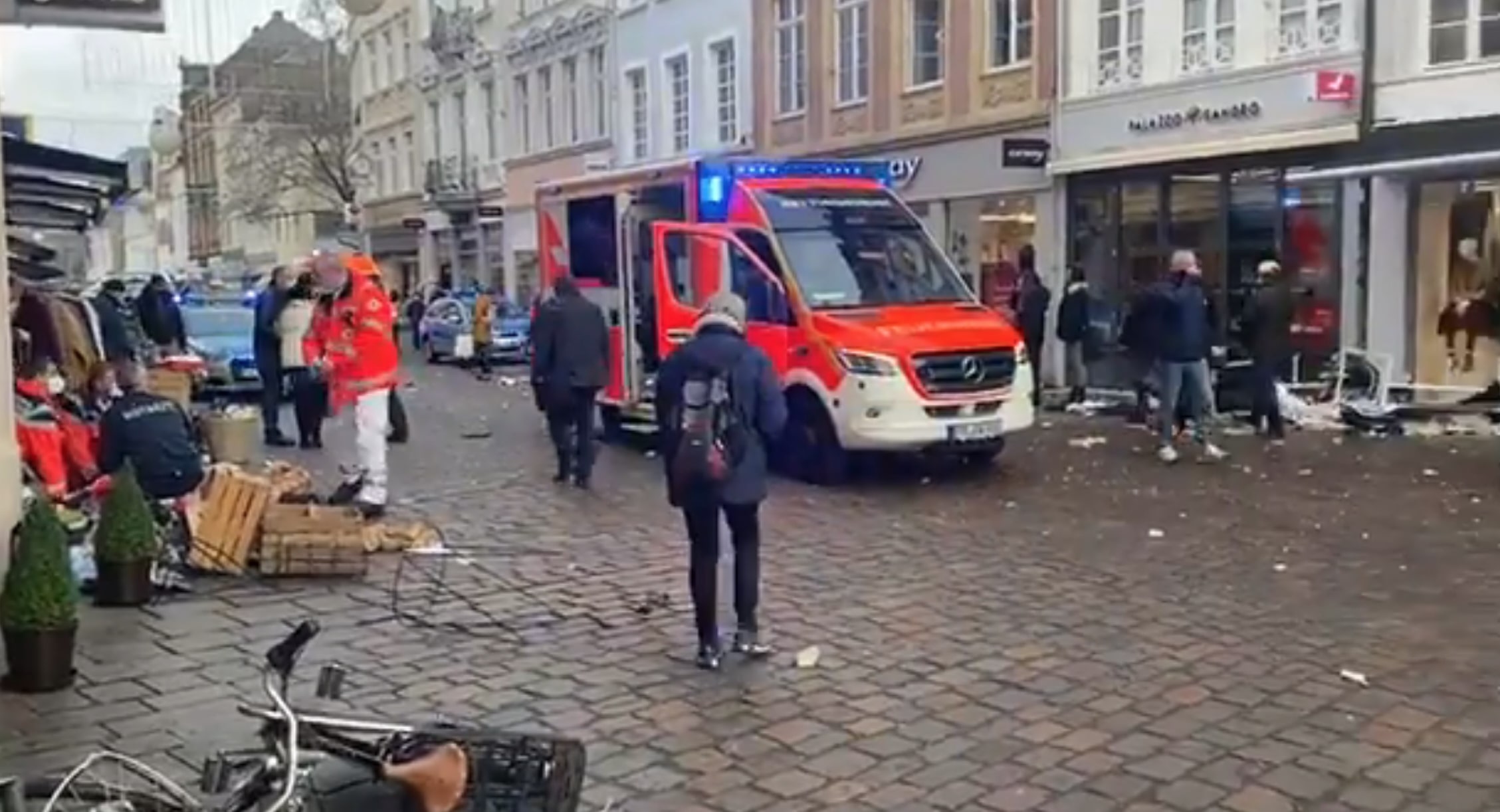 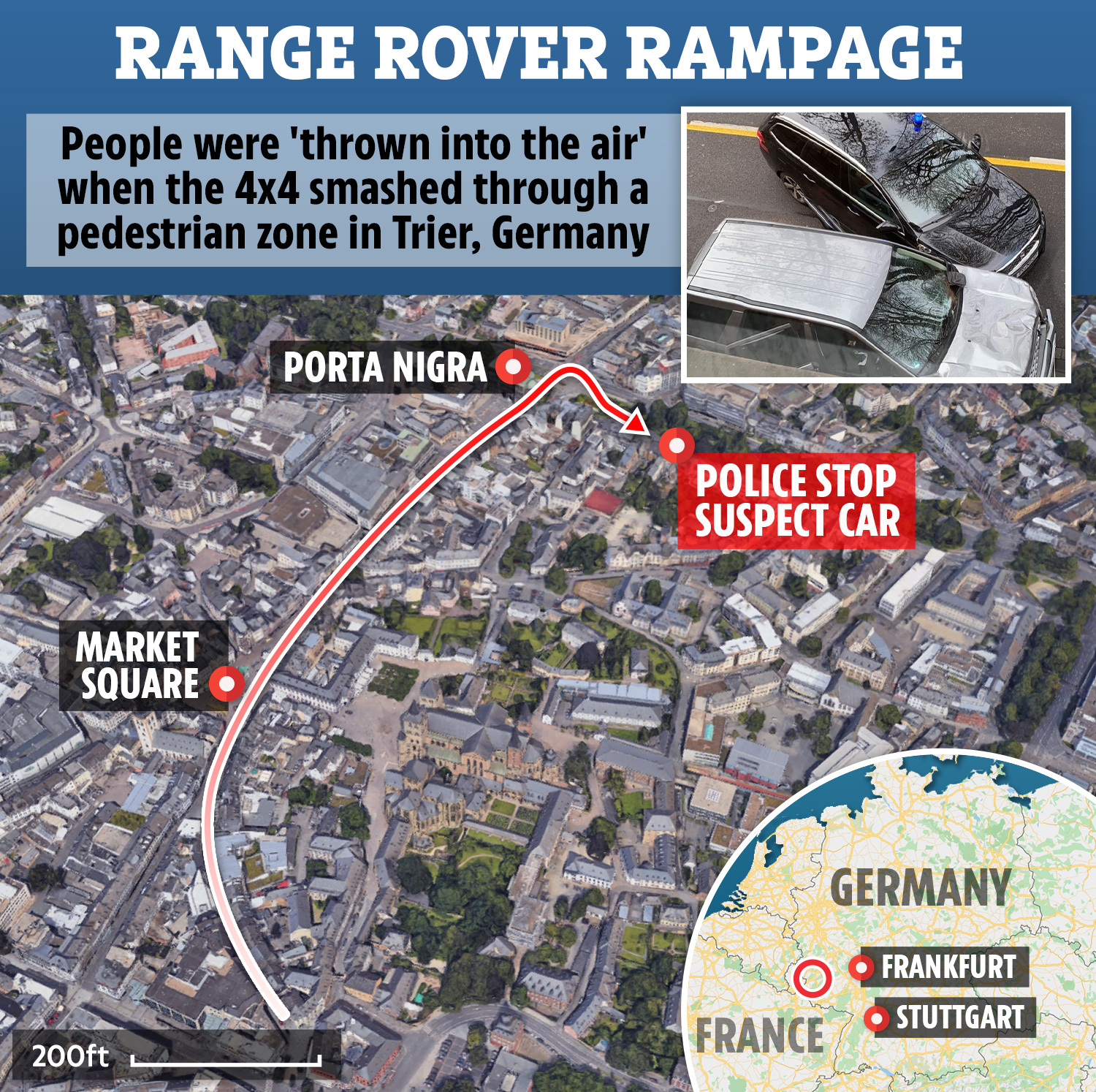 Bernd W had reportedly been living inside the Range Rover -which he had borrowed from a friend -at the time of the attack.

He is said to have grown up in a suburb of the western German city where he lived with his mum until she died a few years ago.

Neighbours said he was a "strange individual" who was "quick-tempered and sometimes aggressive".

He was known to often get drunk in his local kebab shop, with a person who knew him saying "he lived into the day and drank, that was his life".

20 Minueten reports the suspect reported had a "much older" girlfriend and he had spent all the money he made from selling his parents' home.

One local said he was drinking in the kebab shop on Tuesday, before "jumping into the car and driving to Trier". 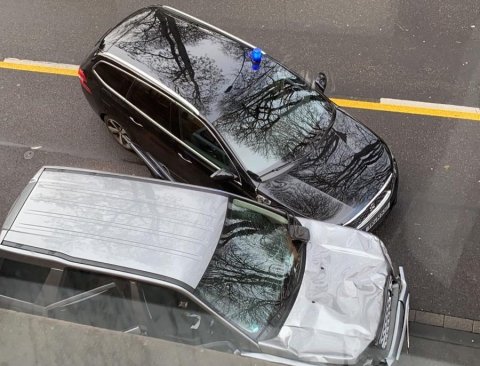 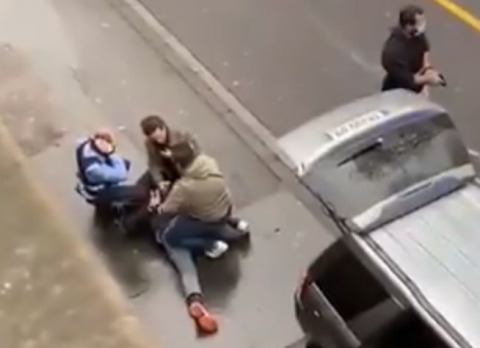 Bernd W was pictured being led to a dark Mercedes van wearing a white forensics suit, face mask and glasses.

Police are continuing to question him after the driver of the crashed Range Rover was pinned down by three officers.

The vehicle "zig-zagged" through crowds at speed as the driver knocked people and a pram into the air in the horror four minute rampage.

Brave officers used a police car to smash the suspect car against a curb and wrestled the driver to the ground.

Cops have said there is currently no evidence of a political motive behind the attack. 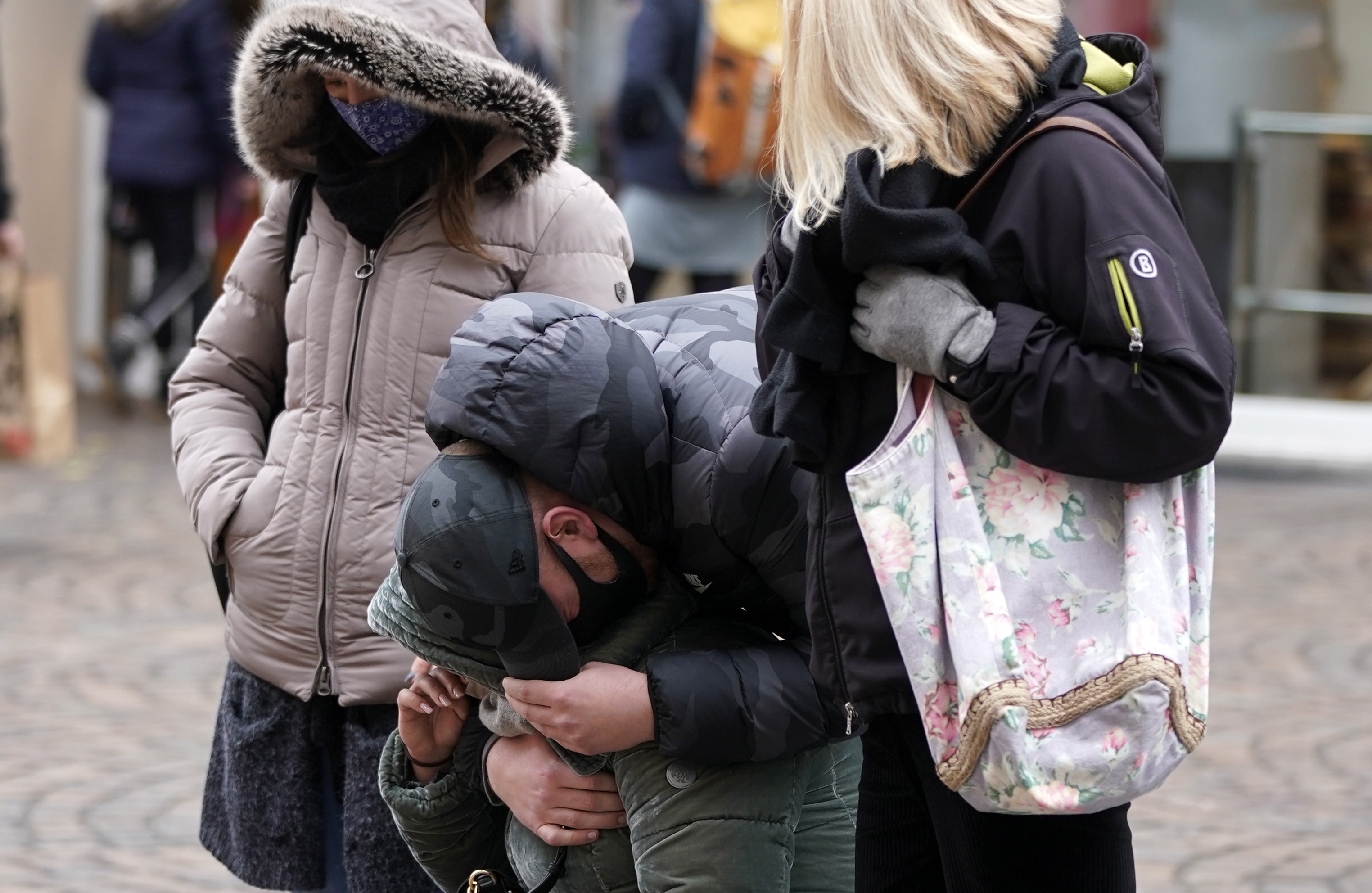 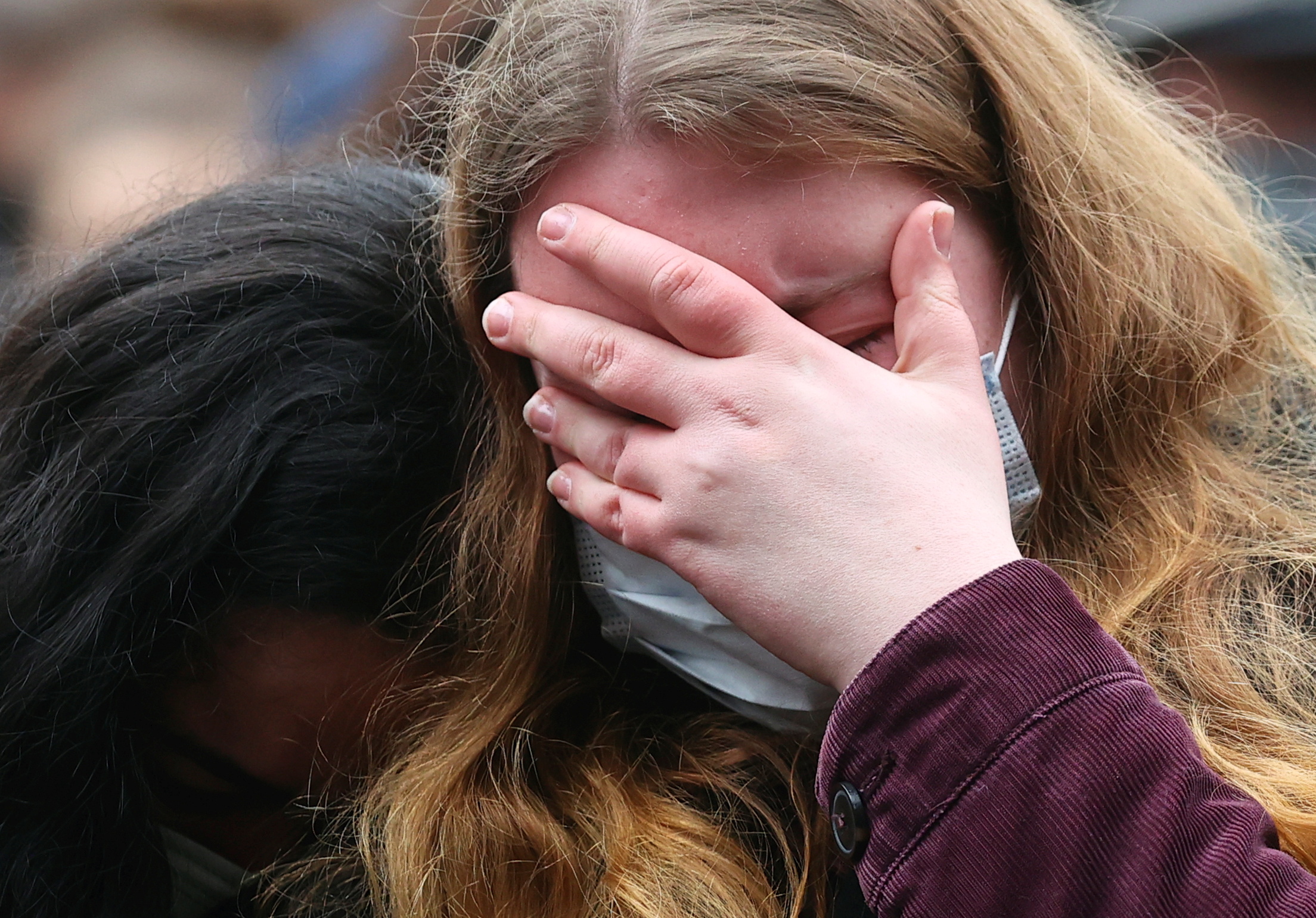 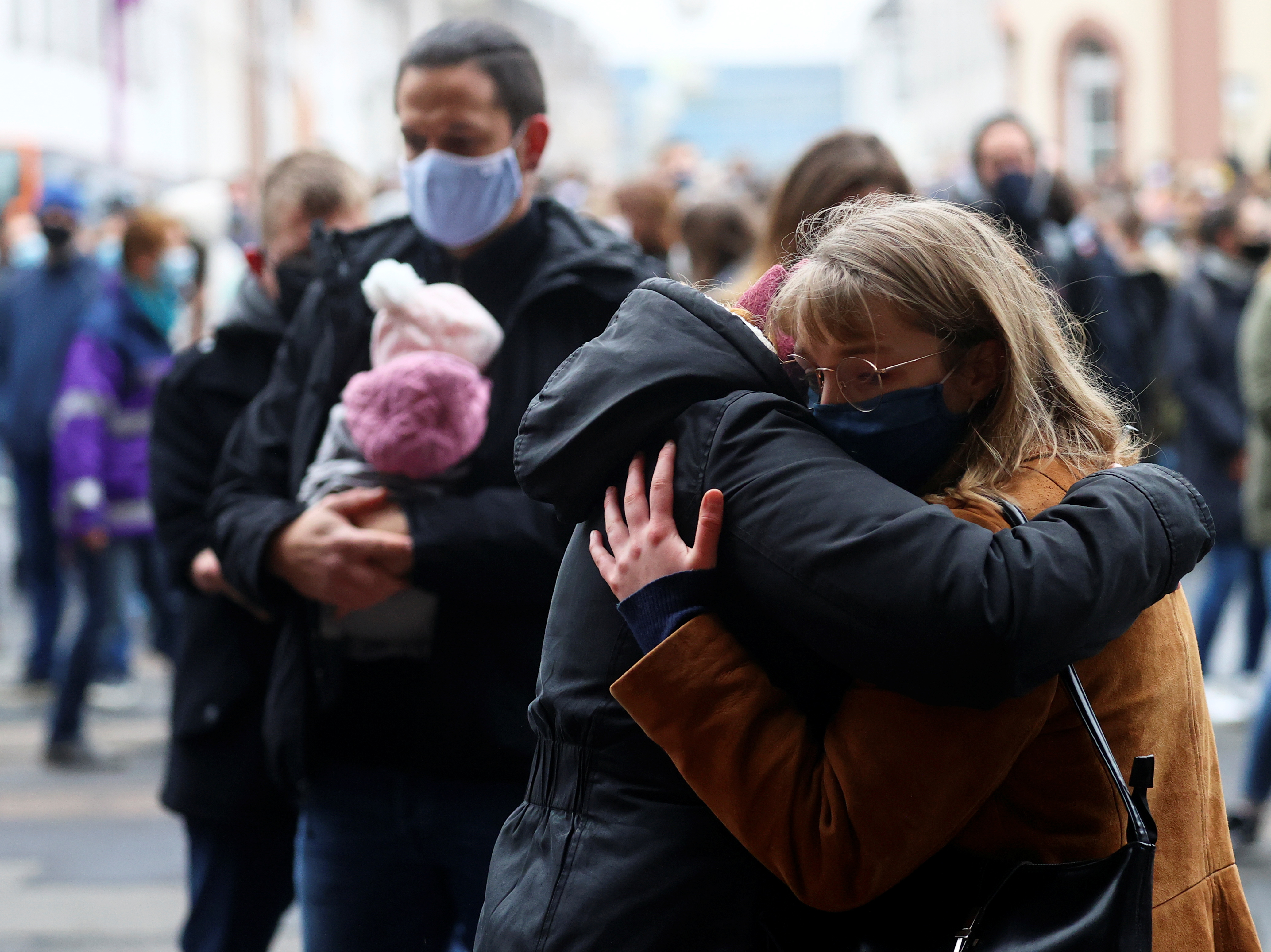 Bernd W appeared in court today and was ordered to be held in prison after a judge decided he did not need to be sent to a psychiatric institution.

Prosecutors said he had shown psychological abnormalities during and after his arrest on Tuesday.

Experts will continue to evaluate him and issue an official opinion.

"The accused is suspected of having randomly and deliberately driven at high speed in the pedestrian zone in Trier … with a Land Rover with the intention of killing or at least injuring as many people as possible."

The court heard questioning so far had given no indication of a political or religious background, and there remains no motive. 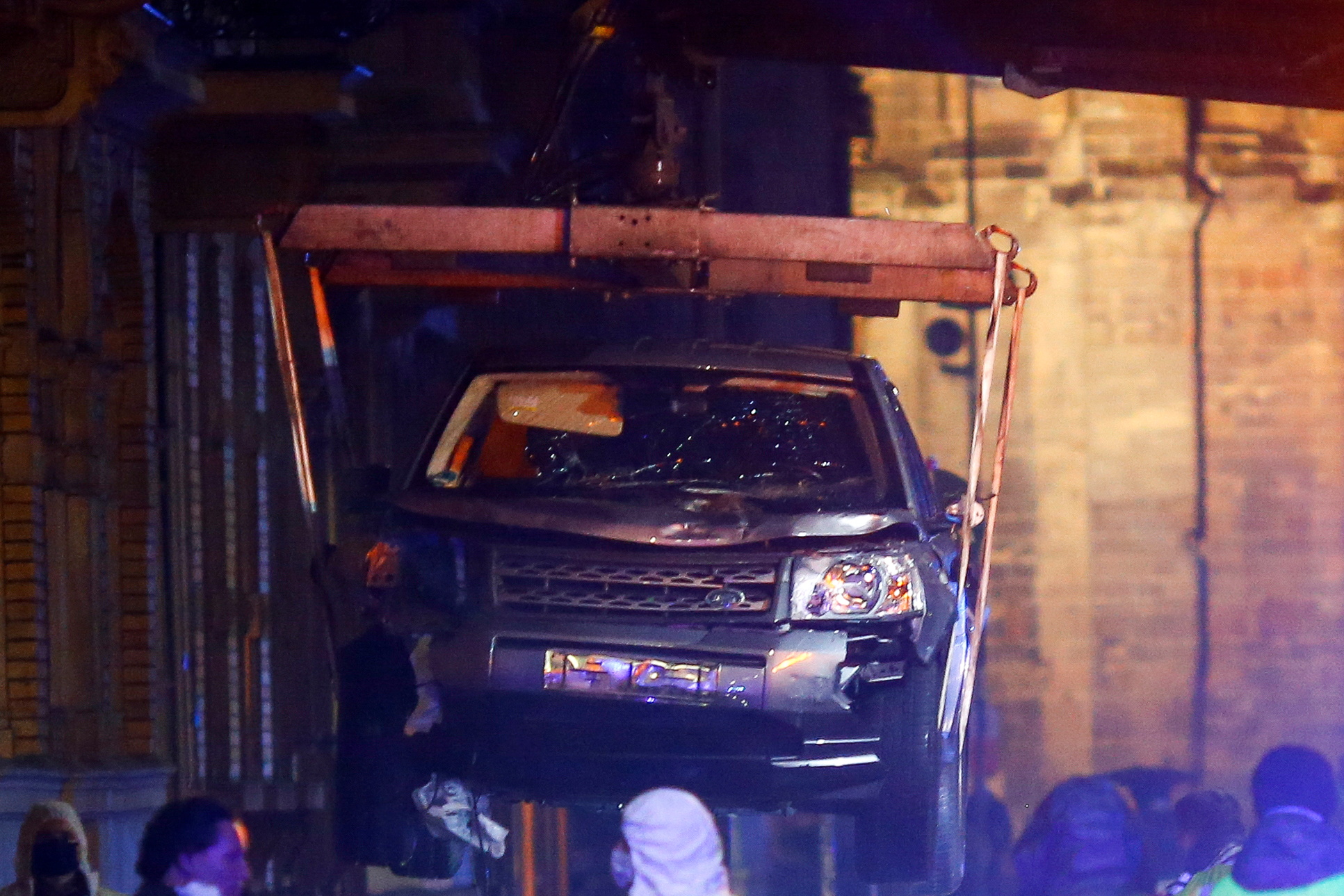 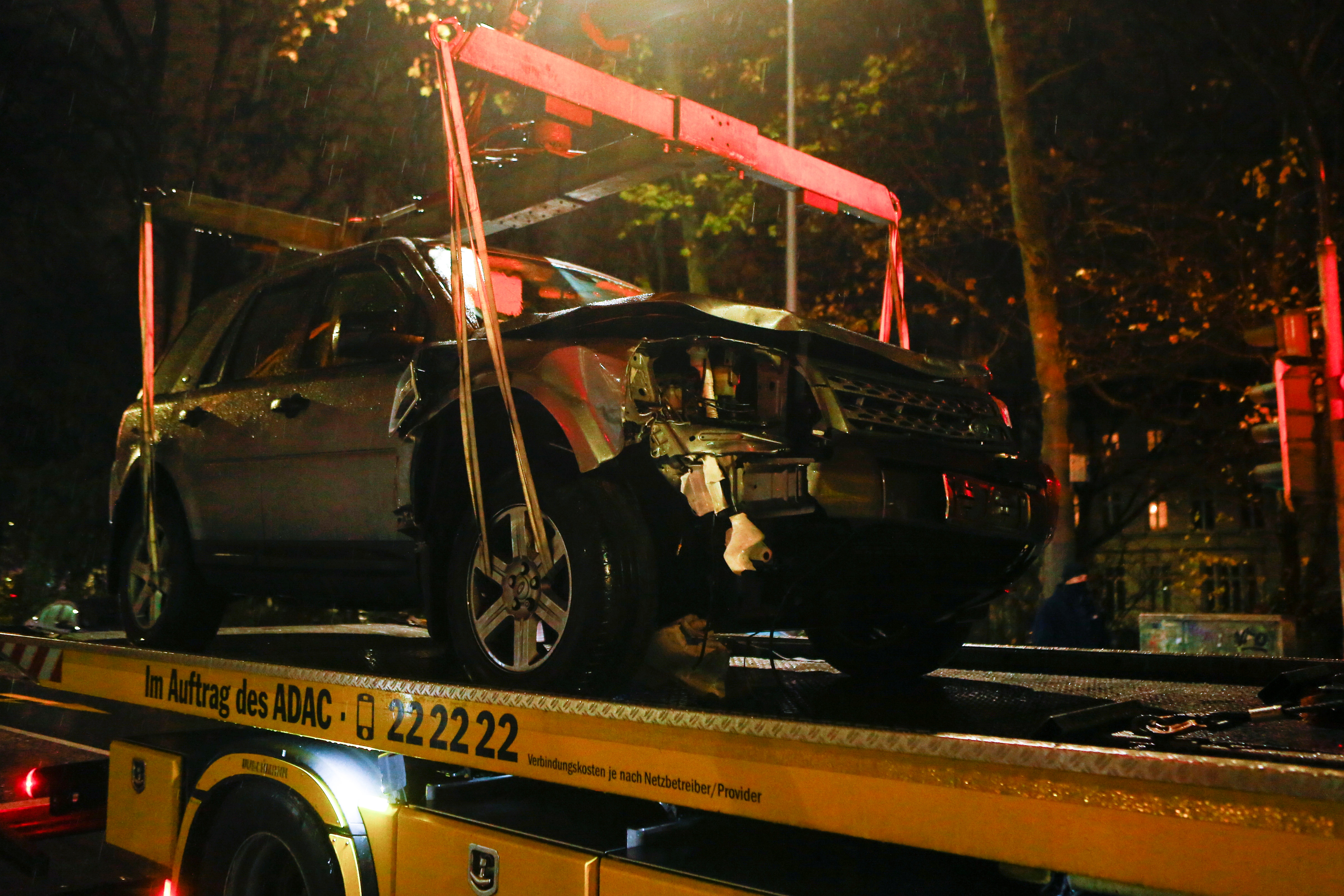 German police said three women, aged 73, 25 and 52 – all locals to the area, one of whom was named as French teacher Ariane T – were killed in the rampage.

And one family was left utterly devastated as a dad and his nine-week-old baby daughter were killed, while the girl's mum and her brother, a one-year-old, were left seriously injured.

The dad has been named as local dentist Georgios K, and the family reportedly have joint citizenship in Greece and Germany.

Some 18 people were also injured as the driver remains in custody for multiple murders, attempted murder and dangerous bodily harm.

Makeshift shrines adorned with candles, flowers and teddy bears have been set up near the crash site as a memorial service was held for the victims at the historic Porta Nigra.

Regional prime minister Malu Dreyer said: "The pain of the mother who lost her child and her husband takes my voice away.

"There will never again be the laughter of the father and the child.

"Others who have to mourn dead feel the same way… they will have to carry this burden for the rest of their lives."

She added: "It was four fatal minutes."

And whatever motivated the killer, Dreyer said: "Nothing, really nothing, can justify this brutal and terrible act." 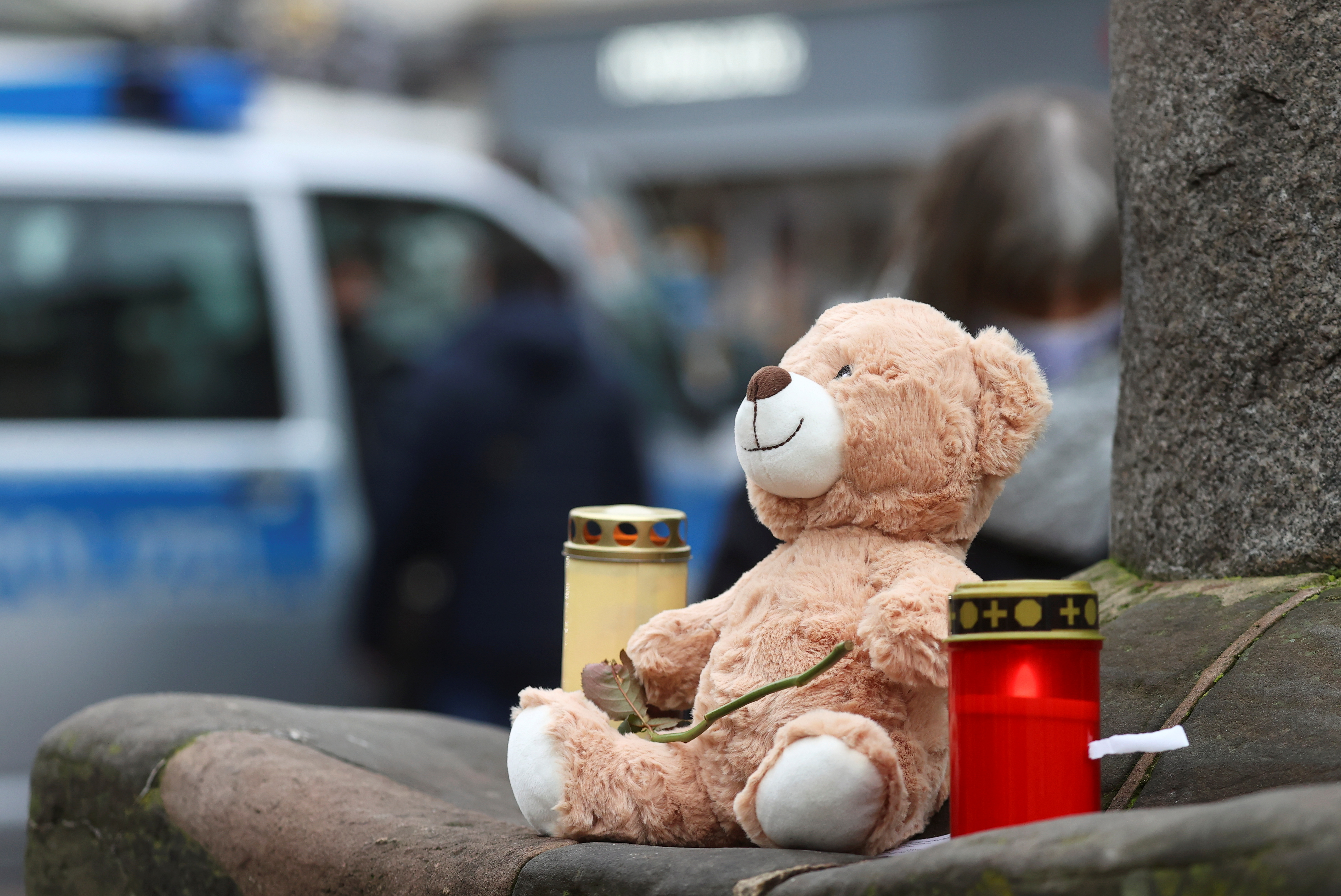 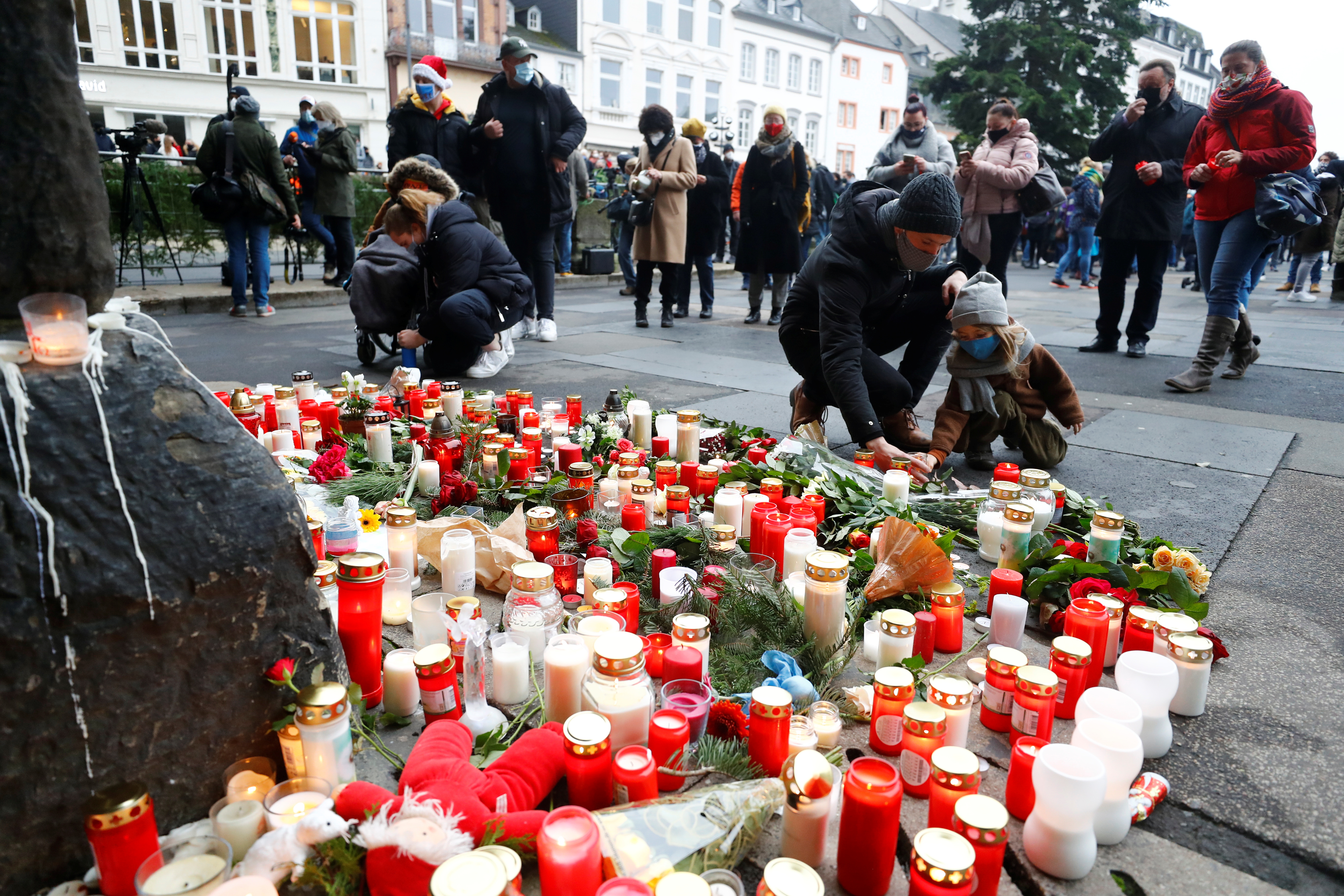 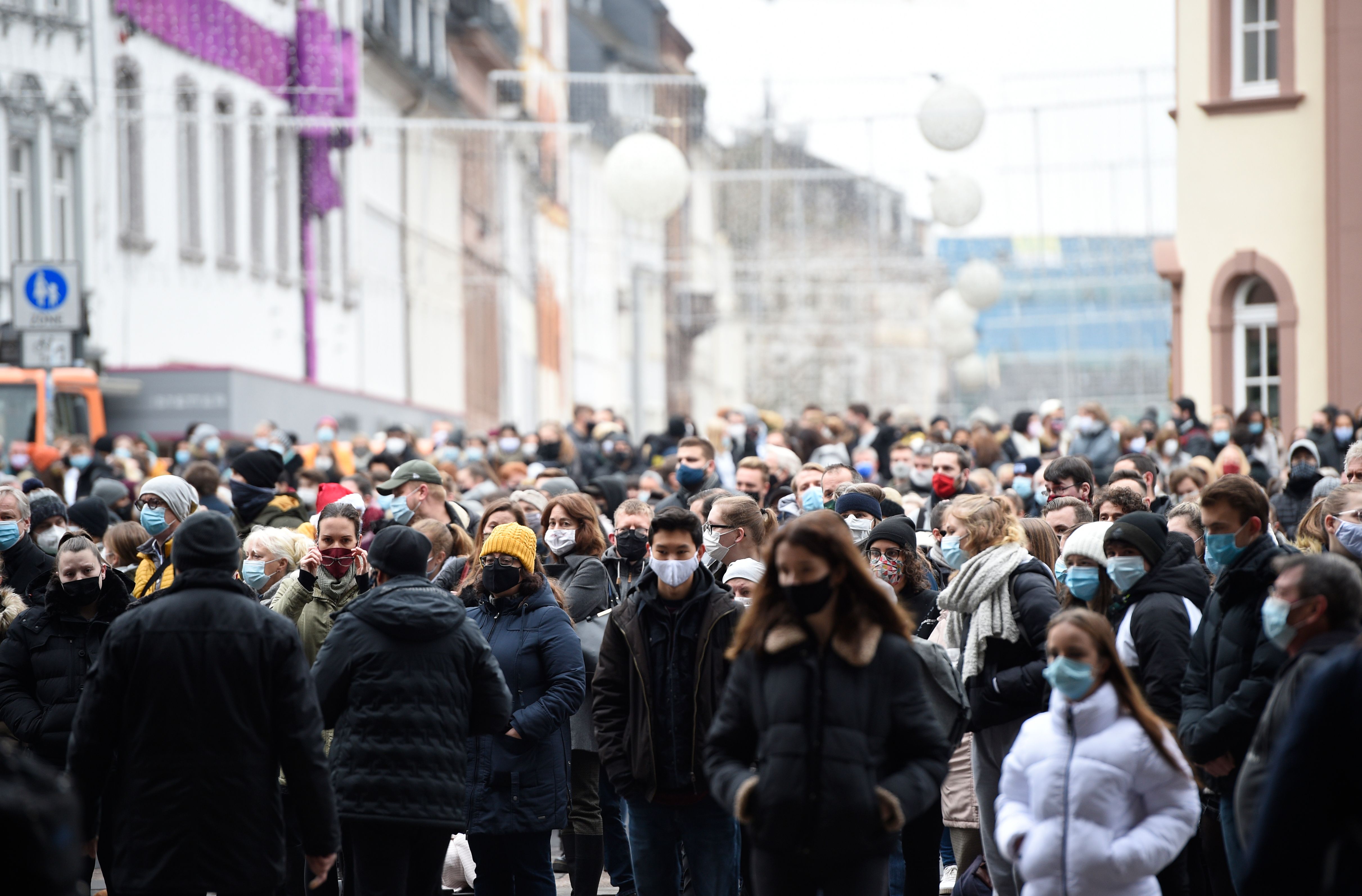 Bishop Stephan Ackermann said those who died were "victims of blind rage" and said it was a "brutal act of violence".

Witnesses described the scenes of horror as a "war zone" after the rampage yesterday as the car ploughed through the pedestrian zone.

Roger Lewentz, Interior Minister of Rhineland-Palatinate, said the car was "deliberately driven a zigzag line to inflict harm on people".

At least eight others have been left "seriously injured" with six slightly wounded following the shocking attack which has rocked Germany.

In a statement, Chancellor Angela Merkel said: "The news from Trier is very sad.

"My sympathy goes to the relatives of people who were torn from their lives so suddenly and forcibly.

"I also think of those who have suffered severe injuries and I wish them much strength."

Christmas markets in Germany have been cancelled amid the coronavirus outbreak, but shops have remained open for festive shoppers.