EPHRAIM HARDCASTLE: First spat between Rishi and the King?

Has Rishi Sunak’s unilateral announcement of a Coronation bank holiday triggered the first spat between King Charles and the PM?

By declaring the holiday in a proclamation Rishi broke protocol, as only the monarch can make proclamations. 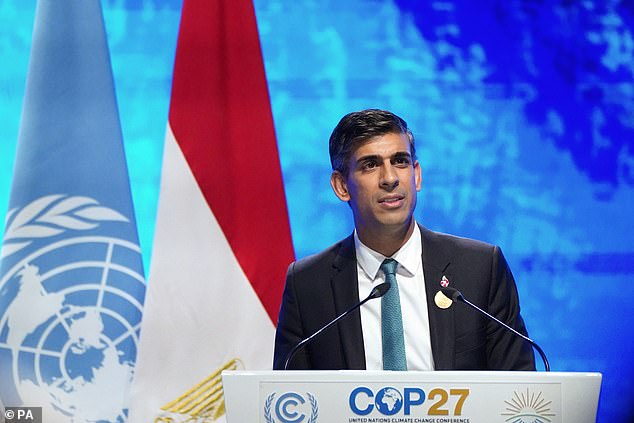 Like Charles’s proclamation of a holiday to mark his mother’s death, they are only made during a meeting of the Privy Council with Charles.

Buckingham Palace is to ‘remind’ Downing Street of the rules.

Gavin Williamson’s pet tarantula Cronus – and the minister’s Spider-Man nickname – might explain the spell he seems to hold over Rishi. In Hindu tradition the spider has an honoured place after one of them sacrificed itself to Lord Shiva. According to the Vedas, Hinduism’s oldest texts, the spider also hides ultimate reality under layers of veiled illusion. Trying to penetrate Williamson’s veils may take Sunak a while.

While the rest of Britain worries about the influx of illegal Albanian migrants, the Financial Times runs a travel feature on the joys of visiting Albania for a £7,600, six-day heli-skiing trip. The writer swoons about the country’s ‘white soufflé’ snowdrifts and ‘hayricks straight out of a Monet’. Not many hayricks at the Calais migrant boat embarkations.

Royal historian Hugo Vickers, who has chronicled the howlers in The Crown, takes a swipe at Robert Lacey, the show’s historical consultant, whose wife Lady Jane was one of the six maids of honour at the Queen’s coronation. Hugo snaps: ‘He suggests that the content of season five is ‘all too true’. No it is not.’ 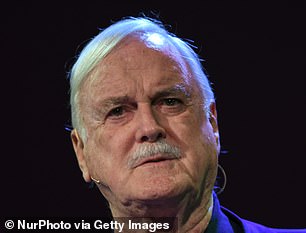 John Cleese, pictured, tweets cuttingly: ‘If there’s another series of The Crown, based as it is on real events, I suggest Princess Margaret strangles Prince Philip over a cucumber sandwich, Charles has a sex-change, and the Queen fakes her own death.’

In the long-ago world of comedy, wasn’t Cleesey briefly funny?

Lord Montagu of Beaulieu has erected a shrine to the late US pop idol David Cassidy, commemorating the singer’s stay at his Hampshire estate while on a tour of the UK in 1973. Cassidy, who died in 2017, sought escape from his screaming fans with Ralph Montagu’s late dad. Alas, Ralph, 61, never met the mop-haired guest, explaining: ‘I was away at boarding school.’

Having helped to turn Glin Castle, the Irish ancestral home of his wife, Catherine FitzGerald, into a boutique hotel in Limerick, The Crown actor Dominic West says: ‘I’m the Basil Fawlty of County Limerick!’