Ethiopia’s prime minister has called on the public to “defend, repulse and bury the terrorist” after two different groups fighting the government claimed they had seized control of two towns.

Tigrayan forces, who have been in conflict with government forces for nearly a year, said they had taken control of a strategic town in the Amhara region, located on one of the two major highways.

Spokesperson for the Tigray People’s Liberation Front (TPLF), Getachew Reda, told Reuters that the group had seized the town of Kombolcha and its airport in the Amhara region.

The conflict between Tigrayan and Ethiopian government forces began nearly a year ago after Prime Minister Abiy Ahmed, who was the winner of the 2019 Nobel Peace Prize, announced a military offensive to overthrow TPLF, Tigray’s regional ruling party. 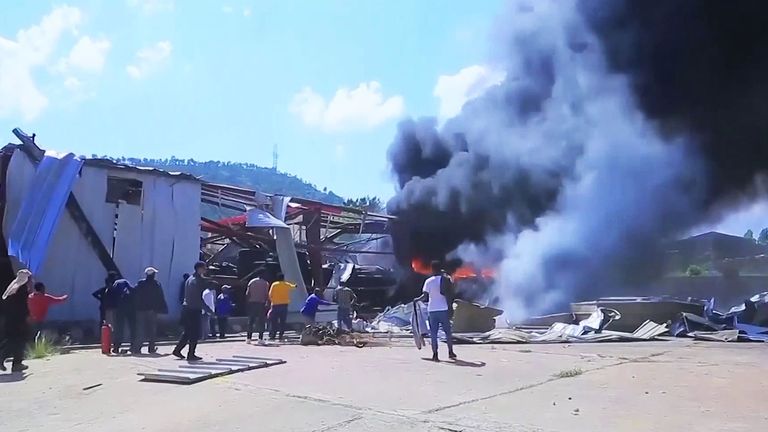 Another group of insurgents from Oromiya, Ethiopia’s most populous region, said they had also seized the town of Kemise, which is around 33 miles south of Kombolcha.

Odaa Tarbii, a spokesperson for the Oromo Liberations Army (OLA), said the group had taken the town and were engaging government forces.

The OLA is an outlawed splinter group of the Oromo Liberation Front, a formerly banned opposition group that returned from exile after Prime Minister Ahmed took office in 2018.

The Oromo are Ethiopia’s largest ethnic group and many of their political leaders have been imprisoned under Mr Ahmed’s government.

In August, the OLA and the TPLF announced a military alliance, placing increased pressure on the central government. 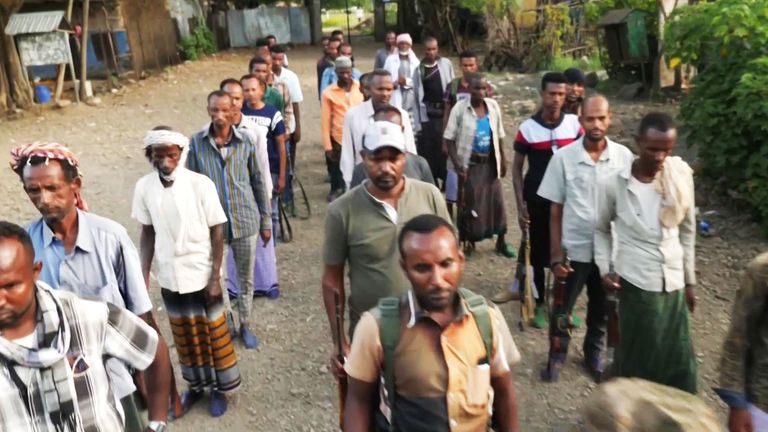 Following the insurgent group’s claims, Mr Ahmed said in a Facebook post: “Our people should march… with any weapon and resources they have to defend, repulse and bury the terrorist TPLF.”

On Sunday, the Amhara regional government announced an 8pm curfew and urged citizens to provide private vehicles to support its campaign against the forces.

It said in a statement: “All government institutions must suspend their regular activities and should direct their budget and all their resources to the survival campaign….officials on every level should mobilise and lead…to the front.”

A deadly conflict erupted between Tigrayan and Ethiopian government forces last November, and thousands of people have since been killed and more than two million citizens have been forced to flee the region.

Tigrayan forces were initially beaten back but recaptured most of Tigray in July. They then pushed into the neighbouring Amhara and Afar regions, displacing hundreds of thousands more civilians.

Tigrayan forces have said they will keep fighting until Amhara forces leave the heavily fortified area of western Tigray, and until the government permits the free movement of aid into the rest of Tigray.

The United Nations has previously accused the government of a de facto blockade of Tigray and says around 400,000 people are living in famine conditions there.