BRUSSELS/LONDON (Reuters) – The European Union is bracing for either a no-deal Brexit or another delay if Boris Johnson becomes Britain’s prime minister next week with a pledge to renegotiate a deal the bloc says it will not reopen. 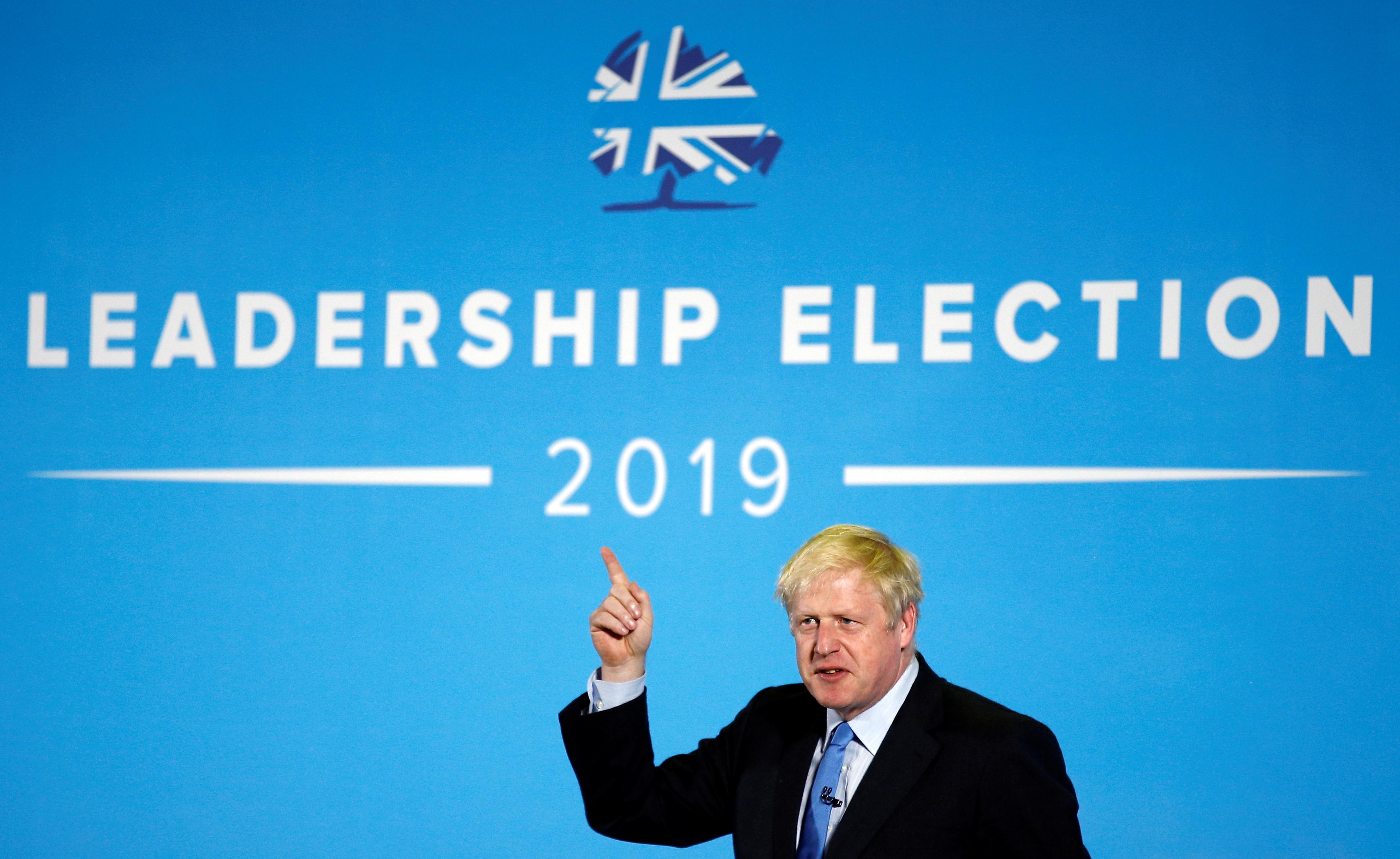 The three-year Brexit crisis could be about to deepen as Johnson’s pledge to leave the EU “do or die” — with or without a deal — on Oct. 31 sets Britain on a collision course with the bloc’s 27 other leaders and his own parliament.

Such is the concern about the likely impact on the $18.7 trillion EU economy that European capitals are ramping up pressure on Ireland to accelerate preparations for a no-deal exit that could roil financial markets and dislocate trade.

The mood in Europe is dark.

“If they come and ask us to renegotiate the Brexit deal, we will say ‘Thanks, but no thanks’,” said an EU diplomat involved in what is now three years of talks since the 2016 referendum in which Britons voted 52%-48% to leave the bloc.

Johnson and his rival for the leadership of the ruling Conservative Party Jeremy Hunt both said on Monday they were not willing to accept the so-called Irish backstop element of Theresa May’s Brexit deal, even if a time limit was set.

If the winner, to be announced on July 23, sticks to that pledge it makes the chances of a European compromise all but impossible before the Brexit deadline.

“The Irish government and the EU are really clear that we will not be changing the content of the backstop agreement,” Irish finance minister Paschal Donohoe said on Tuesday.

The bloc’s priority is to support EU member Ireland and prevent a return to the 30 years of violence between mostly Protestant unionists who want to keep Northern Ireland British and mainly Catholic nationalists seeking a united Ireland.

Sterling plunged to a 27-month low against the dollar on Tuesday as Johnson and Hunt vied for the hardest Brexit stance, trying to win over Conservative party members keen for a clean break with the EU.

But EU leaders want to move on from Brexit, and say much will depend on how Johnson — who has cast himself as Britain’s Brexiteer-in-chief — acts if he becomes premier.

Johnson has said the EU must “look deep into our eyes” and realize he would go for a no-deal Brexit. The EU is determined not to reopen talks on the 600-page-long divorce treaty known as the Withdrawal Agreement.

“If that’s the attitude, there is nothing we can or we want to do,” said an official in Brussels briefed on the visit. “Why would we change anything? And especially for a Brexiteer.”

It is likely that British members of parliament would try to block any no-deal Brexit.

“If the Brits really think we are so scared of a no-deal Brexit, they are being naive,” said another EU diplomat.

To avoid a no-deal there are two options: a compromise on a revamped political declaration on future EU-UK ties that goes together with the exit treaty, or a delay.

The EU could offer London a “bare-bones” free-trade deal and commit to working right after Brexit on alternatives to the backstop, a way of avoiding extensive checks on the Irish border that is vehemently opposed by many in Britain. The now-invisible frontier between Ireland and the UK province of Northern Ireland is Britain’s only land border with the EU.

The other option is simply to delay Brexit — a course Johnson has repeatedly ruled out and which some EU leaders see as pointless unless there is the chance of breaking the political deadlock in London.

Ursula von der Leyen, who on Tuesday goes into her confirmation hearing to become the new head of the executive European Commission, said she was open to another extension.

The EU’s national leaders are due to meet for their next scheduled summit in Brussels on Oct. 17-18, exactly a fortnight before Britain’s leave date.

“There is very little wiggle room on what the EU can offer a new PM,” said one official of an EU member state, warning London risked a potentially disastrous miscalculation over Brexit.