Slovenia’s increasingly strained relations with Brussels will undoubtedly be underscored for the next six months as Prime Minister Janez Jansa prepares to be a thorn in Brussels’ side during his presidency of the EU.

The Slovenian leader has been in charge of the rotating EU presidency for just three days and he already lashed out at the EU’s treatment of Hungarian Prime Minister Viktor Orban.

Mr Jansa said on Friday that the Hungarian leader must be allowed to express his ideas about the European Union’s future, warning that the bloc would “continue to shrink” if people are excluded from the debate.

His comments were a further sign of a growing alliance between the nationalist leaders of Slovenia, Hungary and Poland that is worrying more liberal countries in the EU. 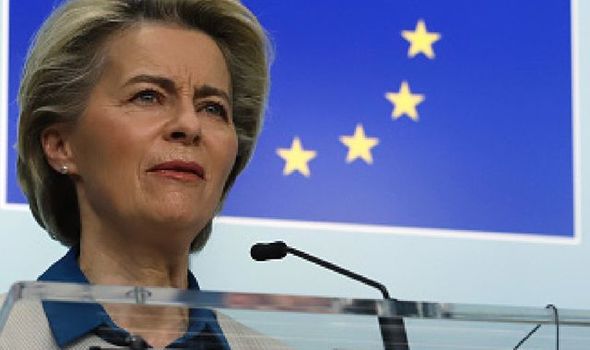 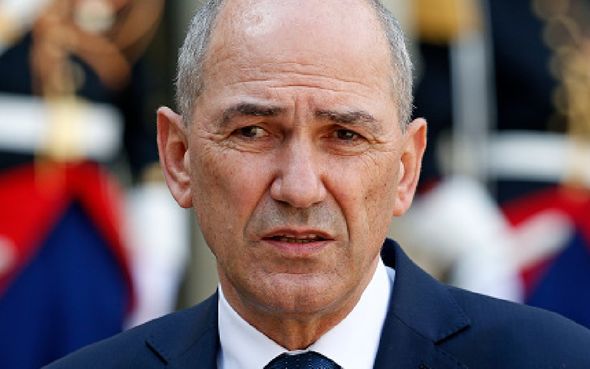 Along with Poland’s prime minister, Mr Jansa was the only EU leader to back the Hungarian prime minister over the LGBT law at the summit, diplomats said.

Like Mr Orban, he has also clashed with Brussels over media freedoms.

Mr Jansa said: “I think that he has the right to explain how he envisages the future of the European Union.”

Mr Jansa appeared not to be referring to any incident in which Mr Orban was prevented from expressing his views, but rather to the increasing mistrust of him in western European capitals.

He said differences between EU countries due to their different traditions and cultures must be respected.

He said: “So if you now judge a person based on imaginary European values which everyone perceives differently, and dual standards are used, then I think that this is the fastest road to collapse.”

To make things worse, Slovenia Interior Minister Ales Hojs said in a press conference on Friday that he might in future refer to a high-ranking member of the “European bureaucracy” as a “pig”.

It is not clear whom Mr Hojs was referring to, but European Commission Vice President Frans Timmermans declined to appear in a group photo with Mr Jansa on Thursday, after the Slovenian Prime Minister questioned the neutrality of Slovenian judges by showing a picture of them in an informal group photo with other centre-left lawmakers.

Shortly after the press conference in the Brdo Congress Center, Hojs assured in a tweet that he did not have Timmermans in mind when making his statements. However, he also did not write about who he was thinking of. At the press conference, he said that he wanted to keep this a secret for the time being. 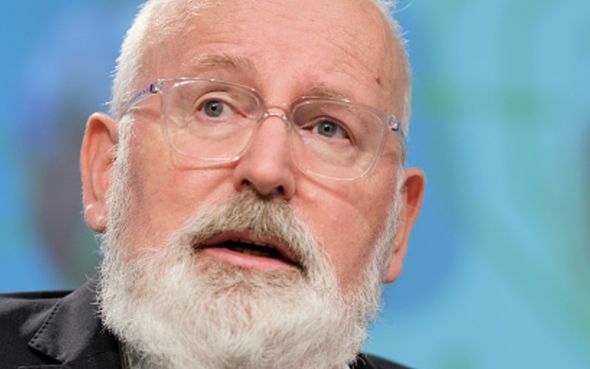 Mr Jansa has also backed Poland in a battle with the executive European Commission over reforms of the judiciary, which EU officials say undermine the independence of Polish judges.

European Commission President Ursula von der Leyen used a joint news conference with Mr Jansa to call for “freedom of expression, diversity and equality” and said the rule of law and European values must be “always upheld”.

On Thursday, Mr Jansa called on the European Union on Thursday to reach an agreement over the enlargement of the 27-nation bloc.

He warned that if the EU did not expand, then others would do so.

Slovenia’s priorities for its Presidency of the Council of the EU include bolstering Europe’s post-pandemic recovery, and its resilience, strategic autonomy and rule of law.

But its turn at the helm from July 1 – setting the agenda of inter-government meetings and representing the EU in some international forums – may also put a spotlight on the growing rift within the bloc over its common values.

In western capitals, the increasingly assertive coalition of eastern leaders is being watched with concern.

Some academics believe an “Eastern European Union” is emerging based on positions that contradict fundamental EU values such as the rule of law, human rights, media freedom and LGBT rights.

“I think that the whole attitude of this alignment is very anti-European. It shows signs of an establishment of some sort of a new Iron Curtain,” said Marko Milosavljevic, a professor of journalism and media policy at the University of Ljubljana.