The warning comes after Brussels Eurocrats ruled Rome had breached the European Union’s rules over its growing public debts. Anti-immigration interior minister Mr Salvini attacked the European Union this morning while Eurocrats were deciding whether Italy’s mounting debt was against EU’s fiscal regulations. The eurosceptic defended his Government’s policies in an interview on Italian RadioAnchio, claiming the only way to improve his country’s finances is to create a “fiscal shock”. Mr Salvini also said he wants his Government, led by Prime Minister Giuseppe Conte, to be able to spend Italy’s funds as deemed more appropriate in Rome.

He said: “We are the second-largest industrial force in Europe.

“We don’t want money from other EU countries, we are asking to spend our own funds as we like.

“If we don’t do anything the debt will keep on growing next year as well. 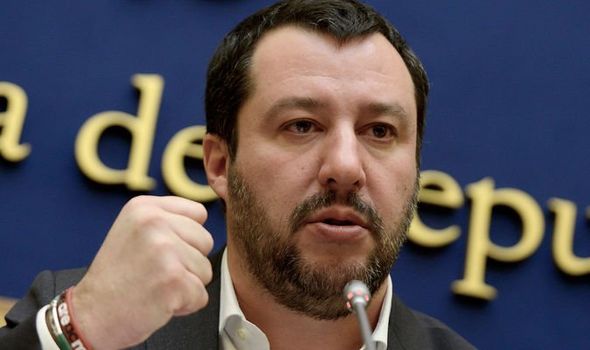 “We need a fiscal shock, we need to do the opposite of what has been done so far with a policy of cuts and austerity.”

Italy’s public debt has grown steadily in the past two years, becoming the second-highest in the bloc after Greece’s.

This staggering increase is deeply worrying for the Commission.

By announcing Italy had breached EU’s fiscal rules, Brussels was trying to force Rome to slash its expenses to avoid a collapse of the country’s economy, which could badly harm the eurozone. 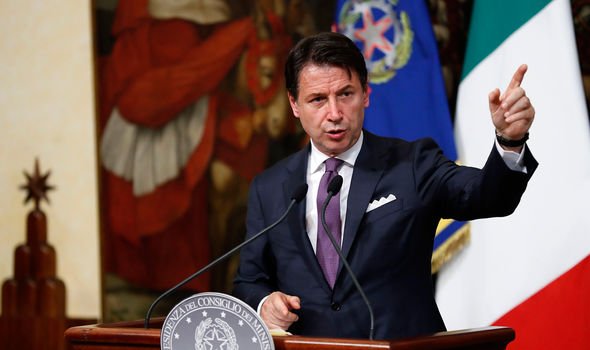 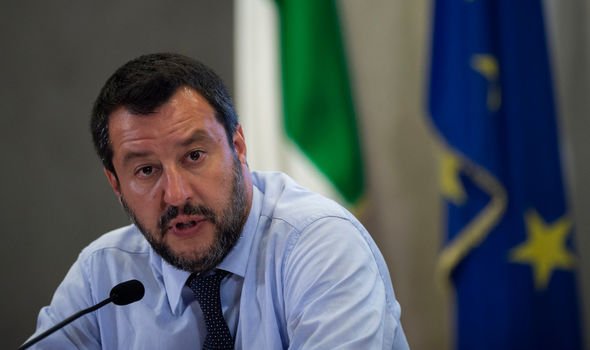 This move is the first step that could lead to a series of actions the EU can take against Italy, including issuing hefty sanctions.

Rome was threatened with the same disciplinary proceedings in December last year after a six-month war of words between Italy and the EU on its spending budget for 2019.

Italy then caved in and lowered it from 2.4 percent of its GDP to 2.04 percent.

But Mr Salvini has continued to claim Italy’s spending budget should be raised rather than cut to allow the Government to carry out manoeuvres allowing it to restart the growth. 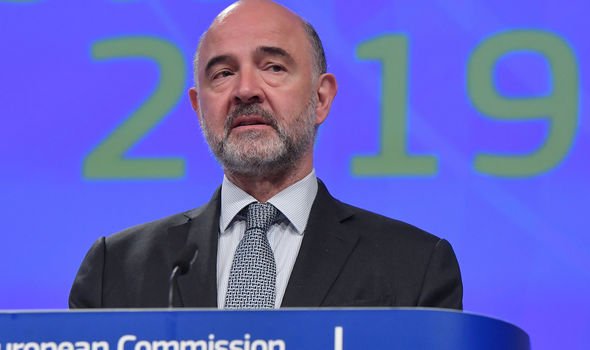 He said last week: “I am convinced Europe will respect our desire to grow and cut taxes.

“Next week I will use the electoral power Italians have given me to tell Brussels to let us work the way the electorate is asking us to, lower taxes and more jobs.

“And if they will still say no, we will have to see who is more stubborn.”