A criminal enquiry has been launched following an alleged rape carried out by an officer in French President Emmanuel Macron’s military staff on a female soldier in a highly secure command room at the Elysee Palace in Paris.

Aides to the head of state on Friday confirmed that prosecutors received a complaint from the woman last summer.

The alleged sex attack took place following a rowdy leaving party attended by President Macron at his official home in the centre of Paris.

The attacker, who is believed to have been drinking heavily, is said to have lured his victim to the secure area, where high level command meetings are regularly held. 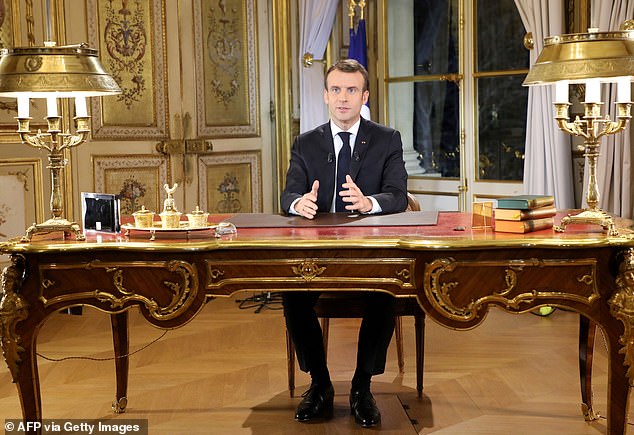 Emmanuel Macron (pictured at the palace in 2018) made a speech at the party, at which alcohol was being served, and then left at around 10pm 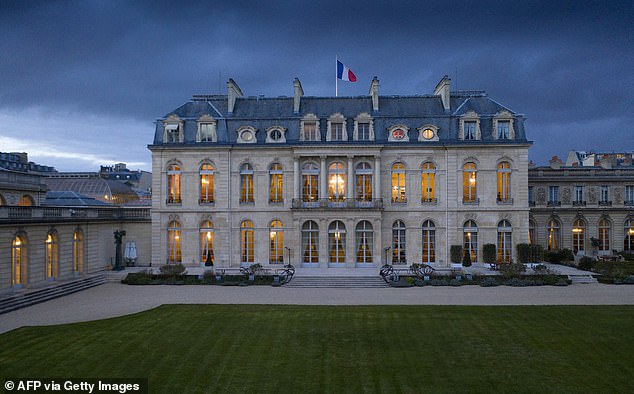 The Elysee Palace, the president’s official residence in the centre of Paris, was hosting the party for Macron’s outgoing chief of staff on July 1

A source close to the case told Liberation newspaper that it happened on July 1, just as Coronavirus restrictions were being eased across France.

‘That evening, three departing colleagues of Emmanuel Macron were at the party,’ said a source close to the case.

‘The President was there to say goodbye to Brigadier General Valéry Putz, his deputy chief of staff since July 2017, as well as one of his aides-de-camp and a third staff member.’

Mr Macron made a speech at the party, at which alcohol was being served, and then left at around 10pm.

‘This is when the atmosphere seemed to heat up,’ Liberation reports. ‘It was late in the evening that the facts of the case emerge, facts which are now the subject of a judicial inquiry.’

The rape is said to have taken place in an ‘ultra secure’ part of the Palace, where classified information is stored and regularly discussed by France’s most senior generals.

‘A young soldier, who previously attended her superior’s drinking party, said she was sexually abused by a man, also in the military,’ Liberation reports.

‘The two soldiers were assigned to the special staff, working together on a daily basis, and they knew each other.’

The next day, the female soldier went to a police station close to the Elysee, and reported the alleged attack.

The prosecution decided on July 12 to open a judicial investigation for rape,

‘Custody and interrogation of the suspect have already taken place,’ said the investigating source.

An Elysee spokesman on Friday said there would be ‘no comment on ongoing legal cases’.

But a presidential source said ‘everything is being done to support the young woman through this ordeal.’