Home » World News » Fired CNN anchor Chris Cuomo quits SiriusXm show: 'While I have a thick skin, I also have a family'

Two days after he was officially terminated by CNN, Chris Cuomo has announced that he won't be on the radio, either.

"The way my time ended at CNN was hard," Cuomo, who shares three children with wife Cristina Greeven Cuomo, wrote Monday on Twitter. "While I have a thick skin, I also have a family, for whom the past week has been extraordinarily difficult. So, right now, I have to take a step back and focus on what comes next. That means I will no longer be doing my SiriusXM radio show. I am extremely grateful for the support I have received from SiriusXM throughout my time there. I also want to express my sincere appreciation for my loyal listeners. I will miss our conversations a great deal — but I look forward to being back in touch with you all in the future." 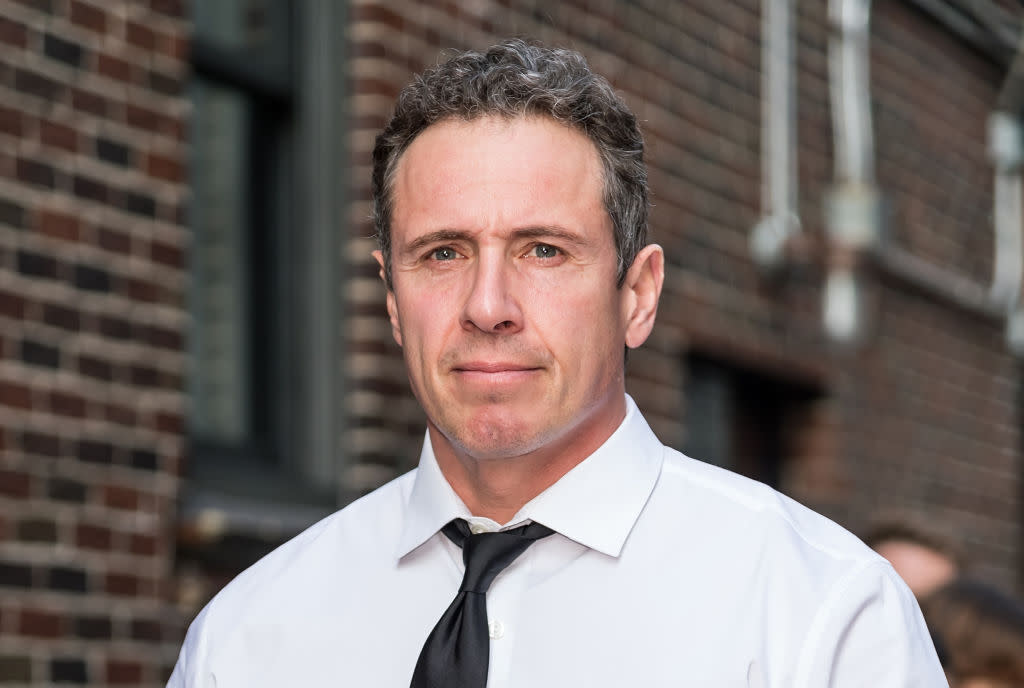 The satellite radio company tells Yahoo Entertainment that, with Cuomo's departure, the show will end. Monday's edition was hosted by journalist Brian Ross, a former longtime employee of ABC.

"Following Chris Cuomo's statement that he is leaving his SiriusXM show, Let's Get After It will no longer air," a spokesperson says. "We thank Chris for his work at SiriusXM."

Just one week ago, on Nov. 30, Cuomo had jobs at both SiriusXM and at CNN. That was the day that New York State Attorney General Letitia James released the results of her team's investigation of allegations against Cuomo's brother, former New York Gov. Andrew Cuomo, who resigned in August after was found to have sexually harassed 11 women. (As part of the investigation, Chris Cuomo had been deposed in July.) James's report revealed that the journalist had been involved in strategizing a response for his brother during the PR crisis, even offering to speak to other reporters and draft statements.

Chris Cuomo was more involved than CNN had known when his ties to the Andrew Cuomo case had first been uncovered in May. The network initially suspended Chris indefinitely, but, by the end of the week, the anchor of Cuomo Prime Time was off the air.

CNN fires Chris Cuomo, "effective immediately," after a review of how he aided his brother who was accused of sexual misconduct https://t.co/mHtNho8jqL

"Chris Cuomo was suspended earlier this week pending further evaluation of new information that came to light about his involvement with his brother's defense. We retained a respected law firm to conduct the review, and have terminated him, effective immediately," CNN said in a statement. "While in the process of that review, additional information has come to light. Despite the termination, we will investigate as appropriate."

The New York Times reported that the additional information was a sexual misconduct allegation that someone had brought against Chris Cuomo. He denied it.

On Monday, CNN President Jeff Zucker told employees that a three-day investigation it had commissioned by the law firm Cravath, Swaine and Moore showed that, "Chris had been much more deeply involved than we had ever known, and than he'd ever told us." Per the Washington Post, Zucker said that was despite reassurances that Cuomo had given him and other members of the management team that his involvement had only been advice and support.

KNOWING someone is cheating on their spouse can put you in a very uncomfortable situation. You might question whether you

KNOWING someone is cheating on their spouse can put you in a very uncomfortable situation. You might question whether you