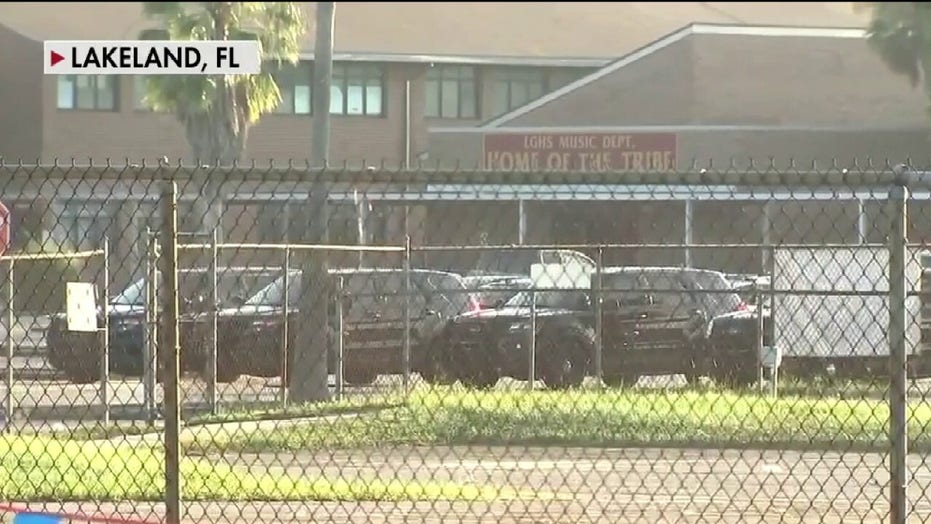 The only surviving victim, an 11-year-old, who remains hospitalized after a Marine veteran on a shooting rampage burst into her central Florida home and killed four people, including a baby in his mother’s arms, has since told investigators that she believes she made it out alive because she played dead and prayed.

“She told our detectives that, ‘I believe the reason that I’m alive is because I played dead and I prayed,'” Polk County Sheriff Grady Judd told a Fox 35 Orlando reporter as investigators remain at the Lakeland home for a third day Wednesday combing through any evidence.

Authorities have said there is zero known connection between Marine sharpshooter 33-year-old Bryan Riley, of Brandon, Fla., and his victims whom he allegedly gunned down inside their home in an unincorporated area of Lakeland before barricading himself inside and firing at law enforcement.

“Despite us fearing there were booby traps, our Sgt. Graham rushed into the house when he heard there was someone in there, scooped her up and ran out with her, and she said, ‘The other three are dead,’” Judd said on camera in front of a Forensic Investigations Lab Services van stationed at the house.

The 11-year-old girl, whose name had not been released, had been shot several times in the legs but is expected to make a full recovery, Judd said. A student at Lake Gibson Middle School, she remains hospitalized at Tampa General Hospital in stable condition.

The deceased victims include 40-year-old Justice Gleason, a 33-year-old woman, and a 3-month-old infant boy. A 62-year-old woman, who was believed to be the grandmother of the infant, was also found dead in the apartment next door. The family’s dog, Diogi, was also shot and killed. The surviving girl’s 10-year-old sister was not at home at the time and has since been accounted for, authorities said. 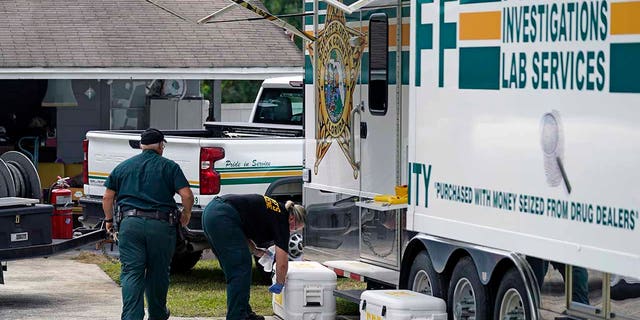 Officers from the Polk County Sheriff Department work outside Tuesday, Sept. 7, 2021, in Lakeland, Fla., at the home where a family of four was shot and killed.
(AP Photo/John Raoux)

“I will never be able to unsee that mother with that deceased infant in her arms,” Judd said. “It is a horror of the utmost magnitude.”

A family statement said the girl has already undergone four surgeries to repair 10 wounds but is alert, reading, writing and generally in good spirits.

“She was very scared when this happened, but she just prayed during the event and knew it would be OK,” the statement to WTVT-TV said. “We appreciate all the well wishes, kind words and prayers.”

Riley, a Marine who served tours in Afghanistan and Iraq, became increasingly erratic but never violent over the week prior to the shooting and came back from working security at a church in Orlando believing he could speak to God, his girlfriend told investigators.

She also said he began stockpiling supplies for Hurricane Ida victims, including $1,000 worth of cigars. As he was being taken into custody and transported to the hospital, Riley allegedly told officers he was high on methamphetamine and was a “survivalist.” 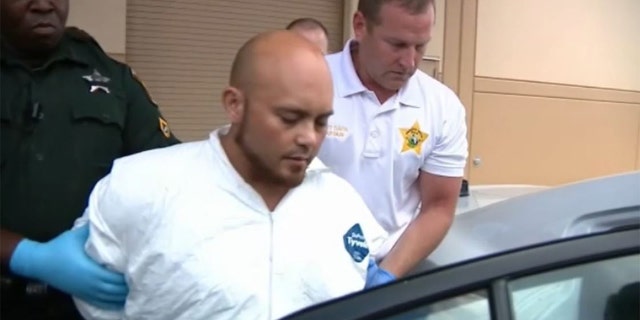 At press conferences earlier in the week, Judd said deputies first responded to the home in Lakeland around 7:30 p.m. Saturday night after Riley arrived and allegedly told Gleason, who was mowing his lawn at the time, that “God sent me here to speak with one of your daughters, Amber.” He believed Amber was going to commit suicide, but the residents warned there was no one there by that name and dialed 911.

Deputies responded within six minutes, but by then, Riley had already left the scene, and authorities spent about 20 minutes canvassing the area but did not find any sign of him. Nine hours later, a lieutenant in the area heard volleys of gunfire and law enforcement who arrived to the home around 4:30 a.m. Sunday morning saw a truck on fire and a man outside in camo who ran back inside.

Officers heard more gunshots, a woman screaming and a baby whimpering, Judd said. Law enforcement attempted to make entry into the front of the home, but it was barricaded. Upon going around back, a lieutenant was met with the suspect wearing a bullet-proof vest, kneepads and headgear.

Dozens, if not hundreds, of rounds of gunfire were exchanged before Riley surrendered with his hands up, something Judd categorized as the gunman showing his true cowardice. He also said Riley had placed glow sticks from the road leading up to the home to lure officers into an ambush.

Miguel Rivera, a neighbor who lives in the house next door, said he believes Riley might have knocked on his door just minutes before the deadly shooting rampage began.

“I looked through the blinds and saw nothing,” he told Fox 35. “I just sat down again to see if he would knock again to see who was knocking at that time. Ten minutes after is when I heard the gunshots.”