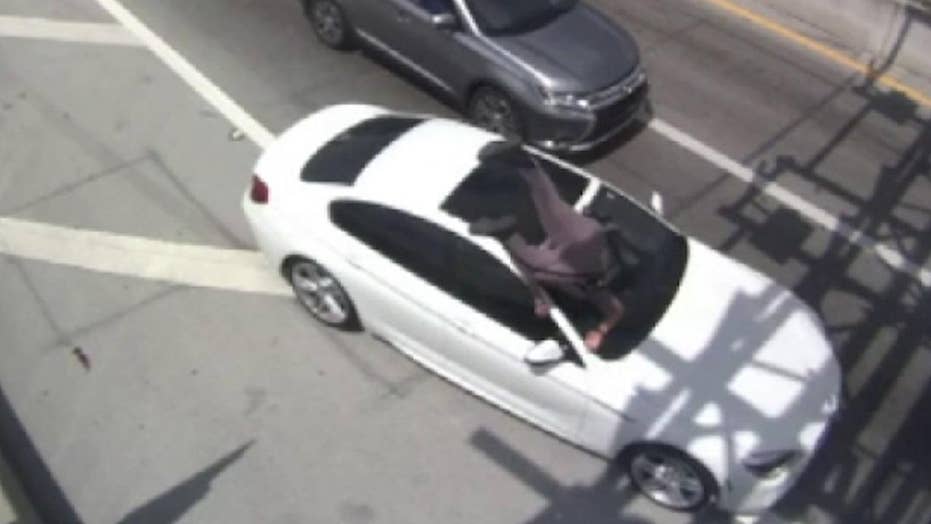 Raw video: Cameras from a nearby toll plaza captured a car striking Trooper Arsenio Caballero. The vehicle in question was later reportedly found abandoned, authorities are still searching for the suspect.

The camera captured a trooper talking to the driver of a white BMW on the Florida Turnpike near the Hollywood Boulevard exit on May 25.

The video showed the hit-and-run driver ramming into Caballero without hesitation. Caballero was seen rolling on top of the car.

The other trooper at the scene could then be seen in the video running in Caballero’s direction.

Caballero, who had only been on the force for about a year, reportedly was rushed to a nearby hospital as “a trauma alert” but later was released and was recovering at home.

Investigators said they found the abandoned vehicle a few days after the incident but still reportedly were looking for the driver.