A former soldier who has been accused of involvement in covering up an unlawful killing in Afghanistan has indicated he is prepared to testify against Ben Roberts-Smith, who is suing three newspapers including this masthead for publishing allegations he was involved in war crimes.

The ex-soldier, known as ‘person 56’, was a member of Mr Roberts-Smith’s patrol in 2012 and participated in missions in Darwan and Faisal. In allegations published in 2018, Mr Roberts-Smith is accused of being involved in the death of handcuffed farmer Ali Jan during the Darwan mission.

It’s one of six unlawful killings that reports in The Age, The Sydney Morning Herald and The Canberra Times accused Mr Roberts-Smith of involvement in. Mr Roberts-Smith, one of Australia’s most decorated war veterans, denies any wrongdoing. 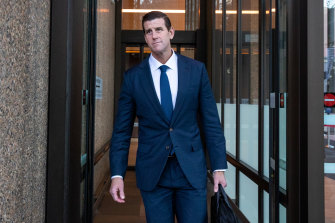 The news outlets are relying on a defence of truth to defend their claims, and have applied to the Federal Court to call ‘person 56’ as a witness when the trial resumes next year.

At an interlocutory hearing in response to that application on Thursday, Mr Robert-Smith’s barrister Arthur Moses, SC, told the court that ‘person 56’ is someone the newspapers allege was “involved in the cover-up of the murder of Ali Jan”.

Mr Moses is seeking to access correspondence between ‘person 56’ and the media outlets’ lawyers, saying the latter has “flipped and flopped and flipped again” in calling him as a witness.

“Despite making those allegations of war crimes concerning ‘person 56’, the respondents appear to have reached an agreement” to not ask him “any other questions in relation to any other matters”, Mr Moses said.

Barrister for the media outlets, Nicholas Owens, SC, denied that there was any “side deal” with ‘person 56’, and noted his attempts to subpoena the potential witness before the trial were denied.

“After the applicant’s cross-examination and the evidence of the Afghan witnesses… we have been able to, for the first time, establish contact with ‘person 56’,” Mr Owens said.

“He agreed to speak to us about Darwan… We didn’t agree not to ask questions.”

Mr Owens said ‘person 56’ indicated he would object to questions on other topics “on the grounds of self-incrimination” and “we would not apply to have him compelled to give that evidence over his objection”.

He told the court the evidence from ‘person 56’ was “vital” and that it “corroborates the evidence of the Afghan witnesses” and contradicts that of Mr Roberts-Smith.

The planned resumption of the defamation trial at the start of this month was delayed due to ongoing border closures in Western Australia and Queensland, which would prevent witnesses from returning home after travelling to Sydney to give evidence.

The matter will return to court before Justice Anthony Besanko on November 26, with a decision expected on whether ‘person 56’ will give evidence next month.