A COUPLE made 10ft "privacy banners" with their neighbours' faces on them to prevent them from looking into their garden.

Courtney, 66, and Fiona Lytton, 60, were outraged after two neighbouring homes in Penzance, Cornwall, were given planning permission to add verandas. 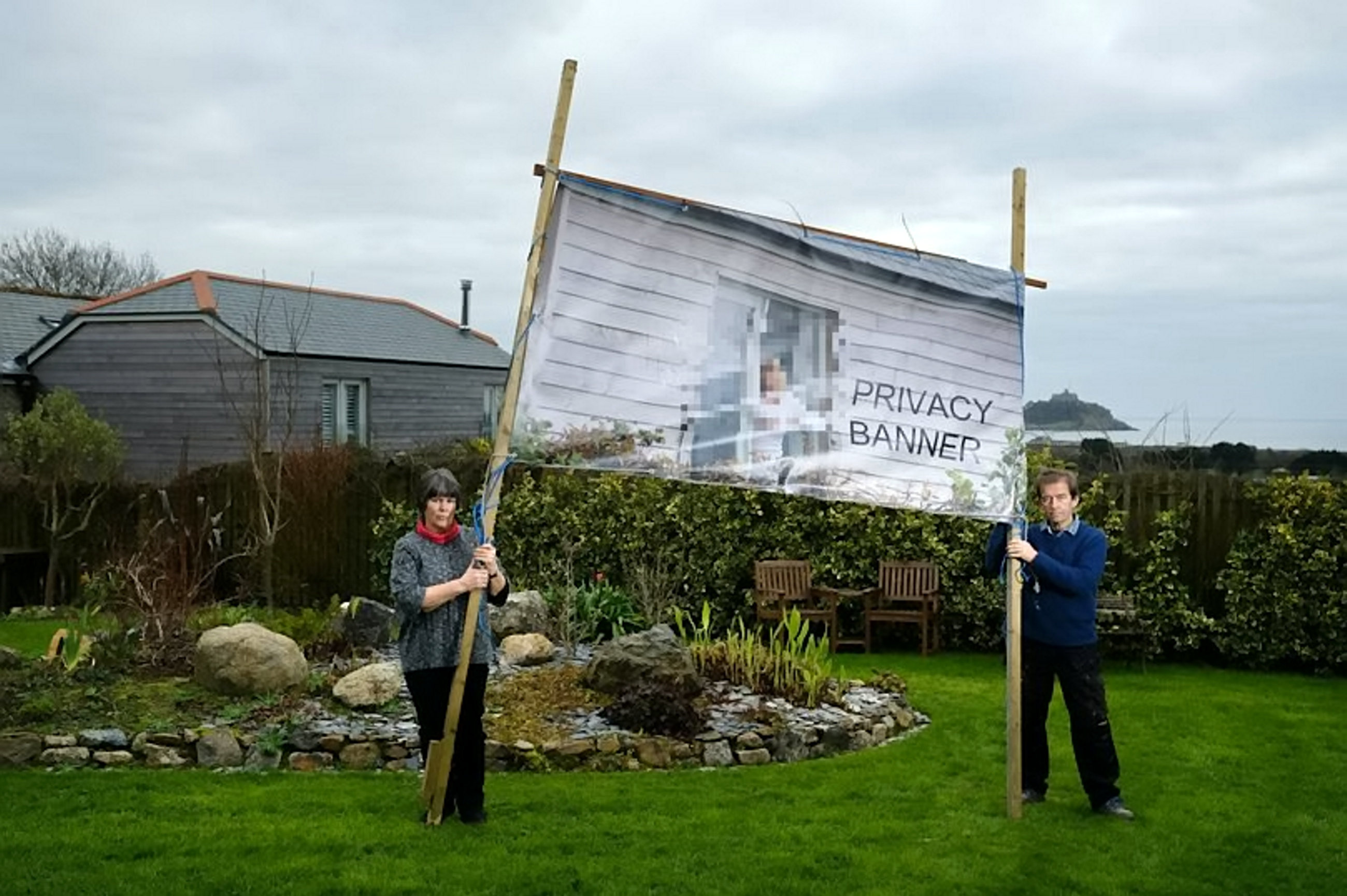 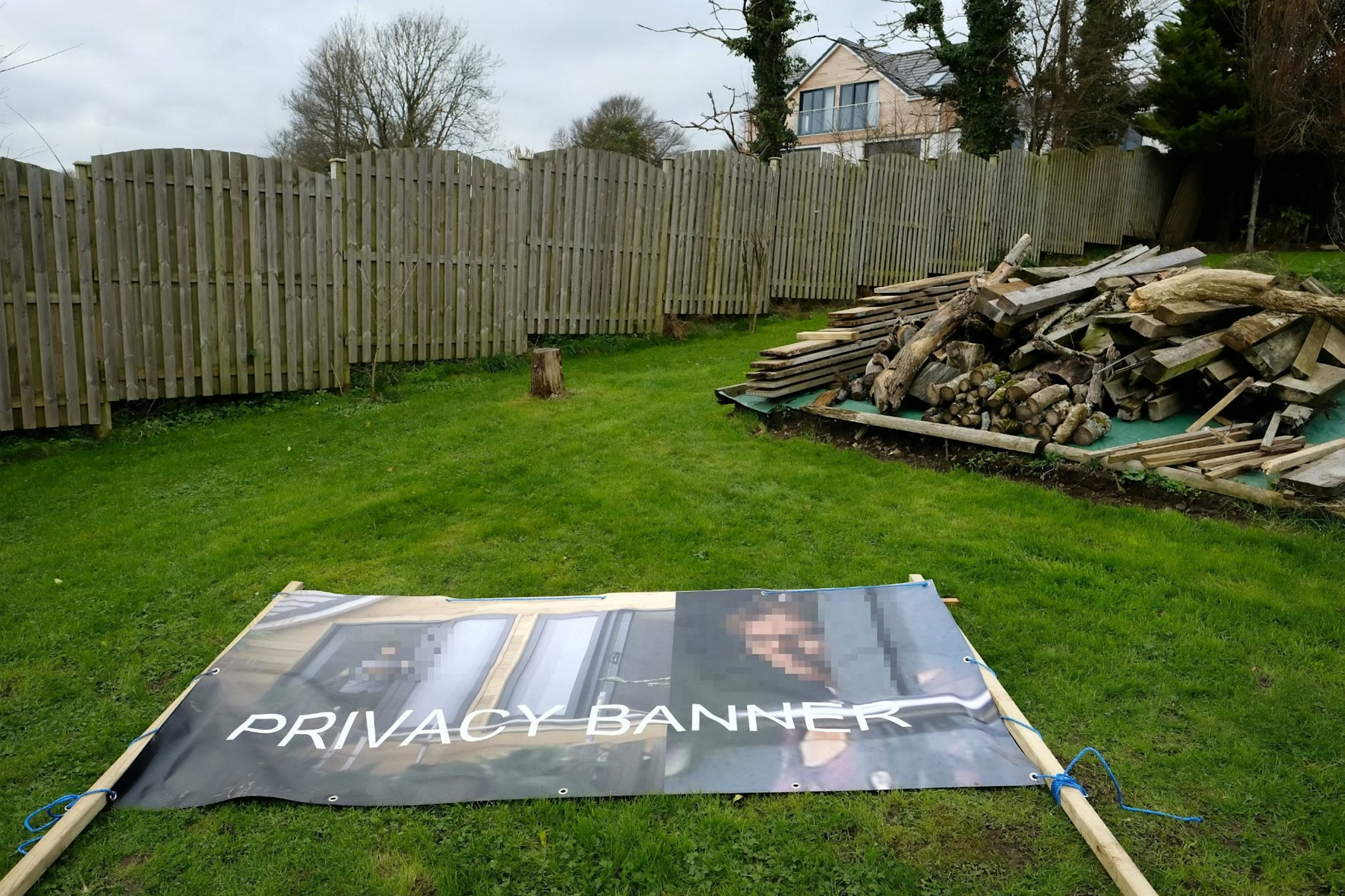 They said that residents using the balconies could now see into their gardens – robbing them of their privacy, and they made bizarre banners in protest.

The huge posters showed the Lytton's neighbours looking out their windows, and were erected directly in front of the new balconies.

Now, after appearing before magistrates in Truro, the Lyttons have been given a restraining order and told to stop harassing their neighbours.

The couple pleaded denied harassing their neighbours but the magistrates imposed the order banning them from erecting more banners.

They were told that the order would remain in place for four years.

Back in January, Courtney and Fiona claimed they were forced to take drastic action as their home and view had been ruined by planning permission to build the balconies.

They took pictures of their neighbours looking out their windows then printed them on 10ft banners – alongside the words “privacy banner” – and installed them in their garden.

The pair, who have two children, say they regularly entertain their two young grandchildren in the garden.

But they claimed they can no longer enjoy the impressive view from their garden which shows beauty spot St Michael's Mount.

Speaking at the time, Fiona, a professional gardener trained by the Royal Horticultural Society, claimed their lives had been "completely ruined''.

She added: "It's now impossible to enjoy the garden because it's like being in a goldfish bowl.

"There's nowhere in our garden to have a cup of coffee without being watched.

"We created the privacy banners so we would have some part of our garden where we wouldn't be seen.

"We used pictures of our neighbours looking out their windows at us. It works for two reasons.

"First, it gives us an area where we can be without them looking at us, and secondly it shows them what it was like for us.

"I wanted to show them what it was like to have them looking at us." 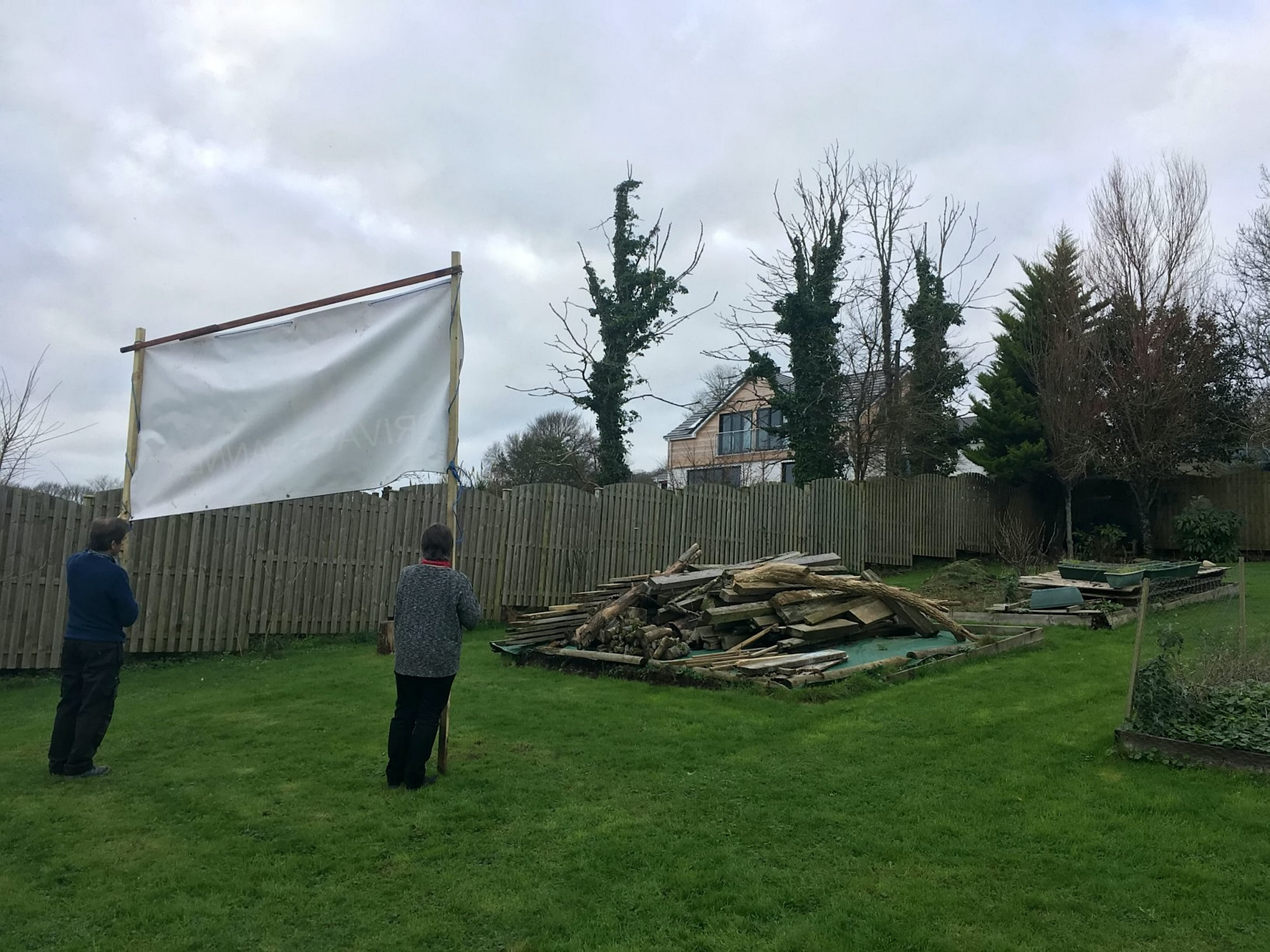 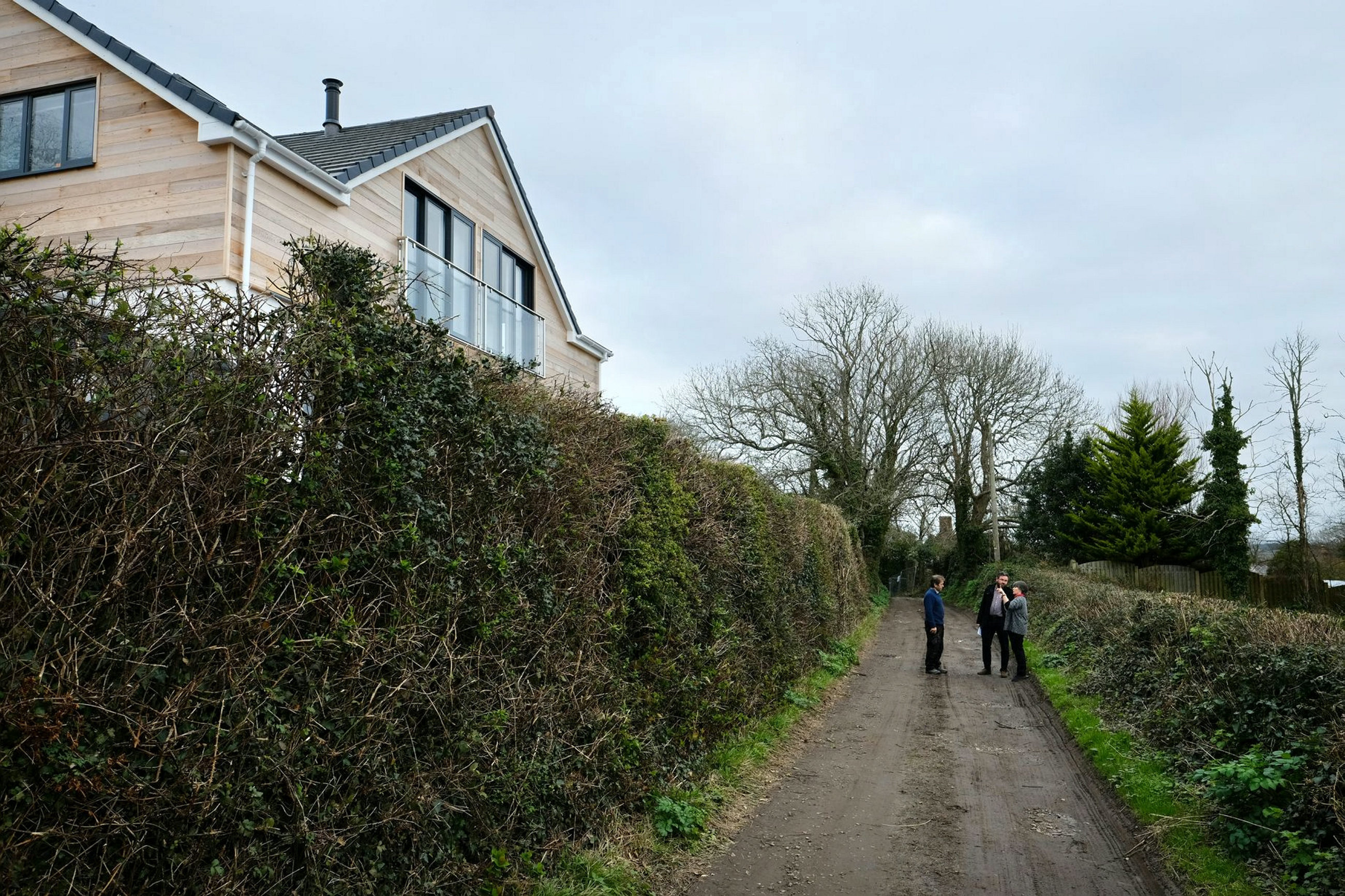