Barclays was last night accused of charging struggling firms up to 12 per cent interest on Government-backed crisis loans.

Major banks have also come under fire for telling company directors their personal assets will be seized if their businesses fail.

The Government will cover 80 per cent of any losses on bad loans to protect the banks and encourage them to lend. 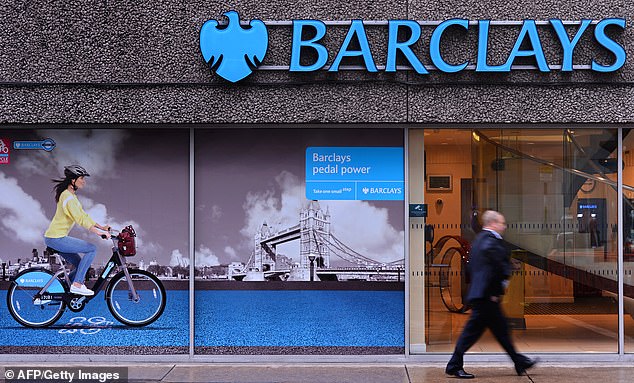 Under the scheme which is administered by the British Business Bank, small and medium-sized firms can apply to borrow up to £5million for up to six years. The first year is interest free.

However, desperate business owners have complained of being forced to wait hours on the phone as they try to get in touch with banks.

One has alleged that he was quoted an interest rate of up to 12 per cent once the interest-free period was over. Patrick Macnamara, founder of London-based Brankfleet Advisors, finally got through to Barclays after spending more than four hours on the phone.

He claimed he was told that the interest rate after one year would shoot up to between 7 per cent and 12 per cent.

Victory for Mail on overdrafts

The announcement from Barclays came hours after Money Mail called on banks to scrap interest charges to help households hit by the coronavirus crisis.

Lenders are set to hike their rates to as much as 50 per cent from April 6 – despite the cost of borrowing for banks having fallen to a record low. They have been instructed by their watchdog to offer simpler interest rates to make clear how much overdrafts will cost – but many will pay more as a result.

Barclays announced yesterday that it will waive its 35 per cent interest charges on overdraft borrowing between tomorrow until the end of April to provide ‘crucial’ support at ‘this challenging time’.

Lloyds Banking Group, which includes Halifax and Bank of Scotland, is launching a £300 interest-free overdraft, available until July.

The 45-year-old father, who advises companies on takeovers and raising funds, does not employ any staff. But he said a number of lucrative deals have fallen through as the economy has been paralysed by the pandemic.

He said: ‘The Bank of England has just cut interest rates to a record low of 0.1 per cent. These types of rates are preposterous, particularly as these loans are guaranteed. It’s outrageous that they will then come after your assets such as your car if you can’t pay.’

Barclays denied that it was charging such rates, but it refused to disclose the range of deals it was offering, saying that they depended on the individual customer.

The Mail approached other lenders including Natwest, HSBC and Lloyds which also refused to detail their rates.

But Ian Cass of the Forum of Private Business, which represents 30,000 small firms, said his members have reported being offered rates of between 8 per cent and 12 per cent. Labour MP Chris Bryant said: ‘Interest rates are at record lows. This is a phenomenal mark-up from Barclays. We bailed out the banks but it seems banks will be making money hand over fist from these new loans.’

A rampaging pandemic ought to have been a golden chance for the big banks to redeem themselves. After all it was taxpayers who helped save them from extinction in the financial crisis 12 years ago.

But even now as the Government and citizens face a battle to save lives and secure the nation’s future prosperity we learn that some lenders are prepared to impose ruinous terms on SMEs – small and medium-sized enterprises.

Britain’s 5million small businesses are the backbone of the economy and employ most of the workforce. If they go under because of unscrupulous behaviour by the banks, we could face a prolonged rather than short-term recession and more years of hardship. 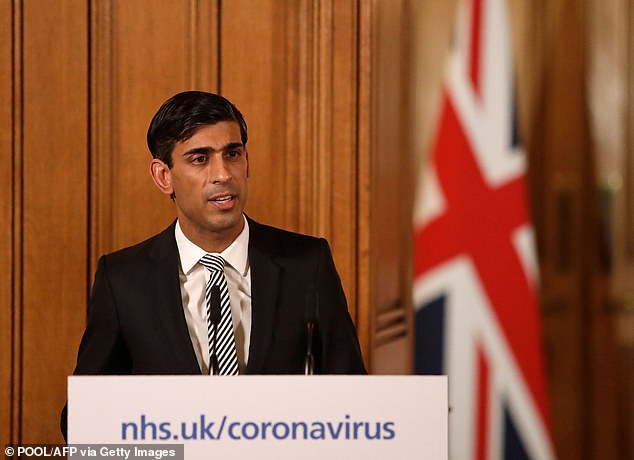 The Corona Business Interruption Loan Scheme unveiled by Chancellor Rishi Sunak last week promised to haul SMEs back from the brink as the virus brought the economy to a screeching halt.

Now we learn that in spite of the Government’s promise to guarantee up to 80 per cent of billions of pounds of loans made to the sector the banks are being far from forthcoming in advancing credit. Applicants are being kept hanging on the line for hours when they are trying to save businesses and keep staff in work.

Even worse, Barclays, HSBC and Lloyds are still demanding that directors put personal and business assets on the line as additional security for the loans.

Only Royal Bank of Scotland-NatWest, in which the state has a 62.4 per cent stake, is looking to play fair.

Barclays is allegedly telling some customers that when the interest rate holiday ends, after a year, they will demand as much as a 7-12 per cent return. Barclays denies this but it comes when the Bank of England has cut its base rate to a record low of 0.1 per cent.

The idea that the banks would seek to punish firms that survive coronavirus is enough to take the breath away. When the finance system was hours from catastrophe in 2008 Gordon Brown’s government and the Bank of England came through with a colossal bailout. This included pouring hundreds of billions of pounds into the money markets and guaranteeing million of mortgages.

Taxpayers picked up the bill for the banks’ recklessness and lived through gruelling austerity in which incomes were squeezed and public services slashed.

The bankers again seem to be losing their ethical compasses – they usually only do the right thing when shamed into it.

Barclays, for example, has been forced to climb down on withdrawing services from customers at Post Office counters. And it was only in the past 24 hours that it waived heavy overdraft charges for hard-pressed families until the end of next month.

The Johnson government has moved heaven and earth to try to keep firms alive and ensure that growth and employment can eventually return.

That cannot happen if the banks insist on playing hard ball with small businesses, consumers and large corporates. By imposing harsh terms on SME borrowers they betray the broader public interest.