George Clooney has revealed he was so concerned that his adaptation of the anti-war satire Catch- 22 was so dominated by white men that he hired female crew.

The actor, director and producer believes the fight to ensure better treatment and representation for women in the entertainment industry is a ‘constant battle’.

Clooney has said that there is room for improvement in methods of production to bring more women into the process. 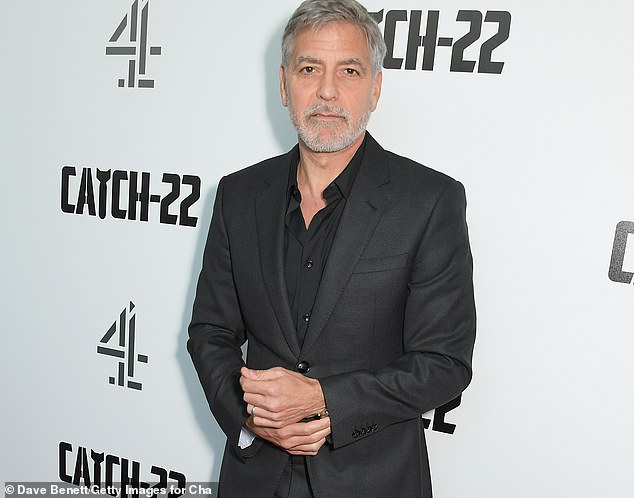 The actor, who starred in and produced Catch 22, said he wanted to make the mini-series a more equitable production in the wake of Me Too.

Catch 22, based on the classic satire penned by Joseph Heller, features a realistic portrayal of the male-dominated US Air Force in World War Two.

Constrained by casting, Clooney wanted to find other ways to include women in the series.

Speaking to Radio Times magazine, he said: ‘All the MeToo stuff started coming through and I said to Paramount: “It’s all guys – we have to be part of the solution”.

‘So [Emmy-winning cinematographer] Ellen Kuras jumped in to produce and direct a couple of episodes, we found a female editor and rethought our own involvement.

Clooney had other struggles during production for the mini-series, and was involved in a motorbike crash while on location in Sardinia.

The actor decided to give up his long-time passion as a result of the crash.