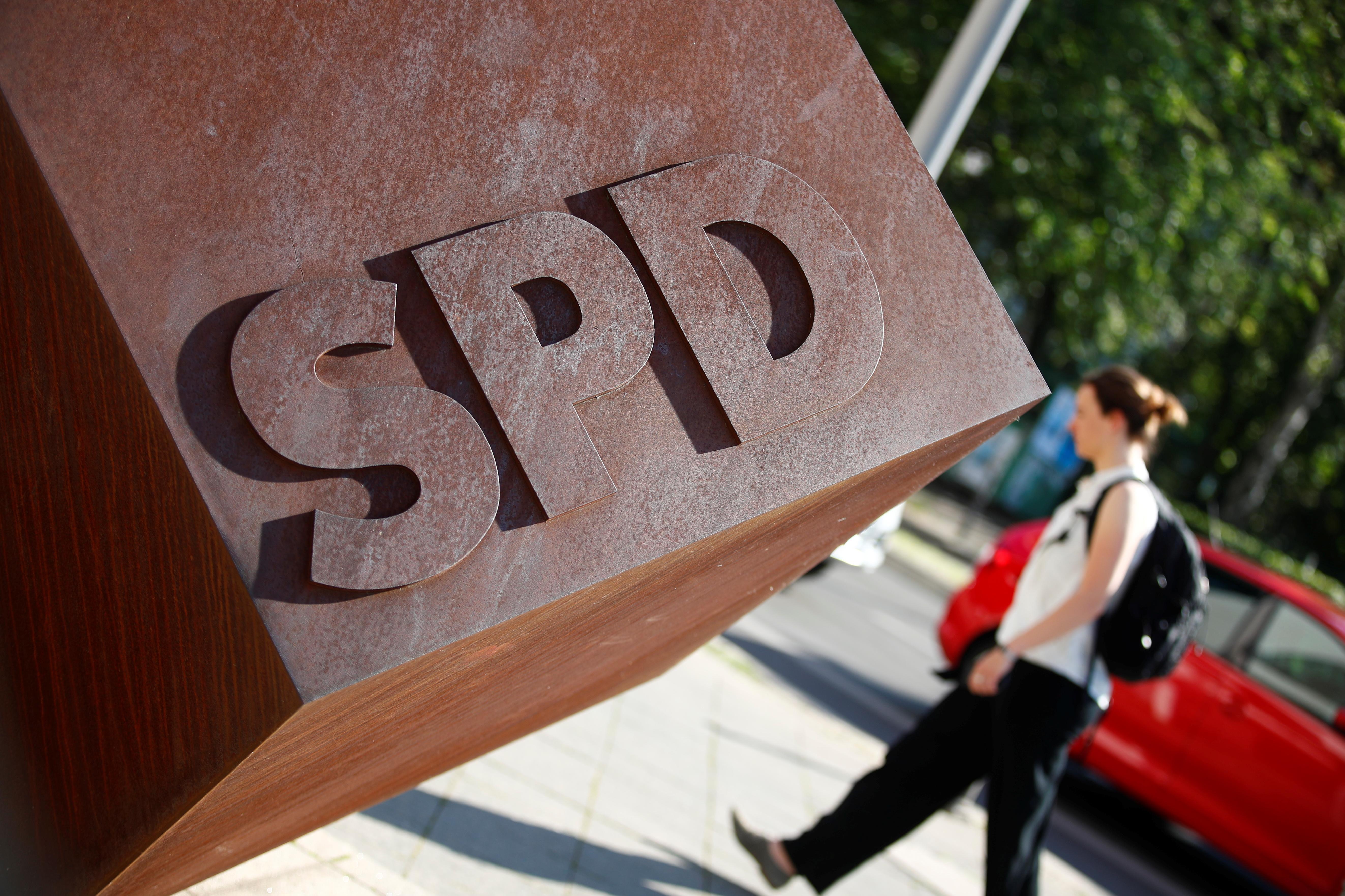 Nahles, the most vocal proponent of the SPD’s reluctant decision to form a third so-called “grand coalition” with Merkel’s conservatives, quit on Monday after a disastrous showing at last weekend’s European Parliament elections.

Voters have punished the SPD for its decision to step in as a governing coalition partner of last resort with ever more disastrous poll showings, culminating last weekend in the party being toppled in its stronghold city of Bremen after 70 years.

To allow time to settle on a new permanent leader, SPD sources said the party executive had proposed naming three joint caretakers – Manuela Schwesig and Malu Dreyer, the premiers of the states of Mecklenburg-Vorpommern and Rhineland-Palatinate respectively, and Thorsten Schaefer-Guembel, who heads the SPD in Hesse state.

Annegret Kramp-Karrenbauer, leader of Merkel’s conservative Christian Democratic Union (CDU), appealed to the SPD to remain in their governing alliance, in which the Social Democrats are the junior partner.

“Germany must be able to act and be fit for the future, and we very much hope that the Social Democrats will make their decision so that this will continue to be possible,” Kramp-Karrenbauer told reporters.

The ruling coalition is due to run until 2021 but a midterm review in the autumn could be an opportunity for the SPD to pull out of the alliance – a scenario that has growing appeal to party members fed up with sharing power with the conservatives.

“I believe a coalition walkout has to come,” said Simone Lange, SPD mayor of the northern city of Flensburg, who challenged Nahles for the party helm last year. “The question is when is the right time to do it.”

The options facing the SPD are unappealing.

Early elections would probably decimate a party now running third in the polls behind the surging Greens. But the SPD is struggling to appeal to its traditional working-class base while its leaders share power with Merkel.

“The party is rudderless and deeply wounded,” said Josef Joffe, publisher-editor of the weekly Die Zeit. “In these straits, wild dreams have wings, and so the clamor for rebirth in opposition may end its unhappy marriage with Merkel.”

Finance Minister Olaf Scholz, the SPD’s most popular politician, said he have no time to combine that job with leading the party.

If the SPD decides to pull out of the ruling alliance, options include new elections, an even more unwieldy coalition of three party groups, or a minority conservative government propped up on an ad hoc basis.

The price of any of these options would likely be an end to Merkel’s almost 14-year-old tenure as chancellor.

The ecologist Greens would play a pivotal role in the arithmetic of a new coalition after they soared past the SPD in the European elections, then came first, ahead of the conservatives, in an opinion poll released on Saturday. 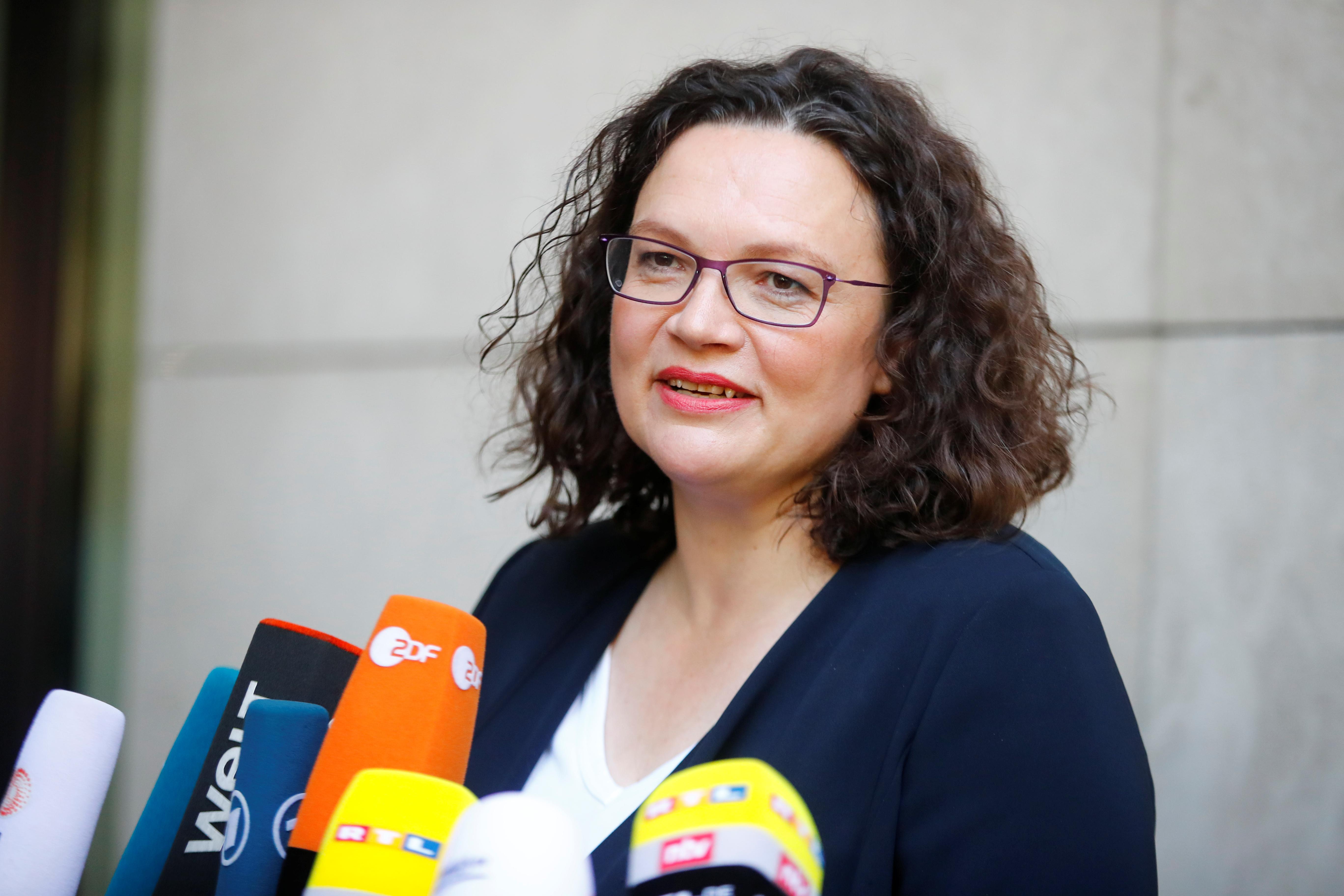 Annalena Baerbock, the Greens’ co-leader, told broadcaster ZDF that if the grand coalition faltered, the German people must decide on the way forward. “That means, then, there needs to be new elections,” she said.

The CDU is in no rush for elections as Kramp-Karrenbauer, Merkel’s heir apparent, has made a poor fist of steering the party since taking its helm in December. Her weakness could tempt a new SPD leader to quit the coalition later this year.

“If the CDU then continues to give the impression that it might not be all that well-prepared for the post-Merkel era either, the SPD might feel just about emboldened enough to pull the plug,” said Carsten Nickel at consultancy Teneo.