Home » World News » ‘Get out!’ Shark panic as huge beasts spotted in shallow waters inches away from swimmers 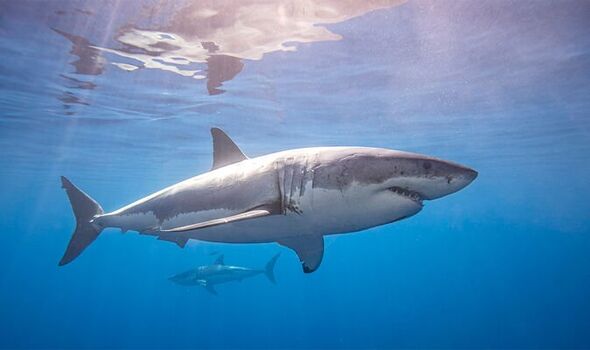 In Florida in the US, two sharks swam up to the coastline in shallow water. Kara Skonieczny grabbed the footage on a Saturday afternoon.

It was unclear what type of shark was filmed in the water, but a person was heard shouting “get out of the water!”

The two sharks appeared to be just a foot away from the shore, with rear fins visible due to the shallow water

On Instagram, Ms Skonieczny said: “There was a little excitement this weekend.

“I caught a glimpse of few sharks feeding on baitfish close to shore in Neptune Beach Florida.” 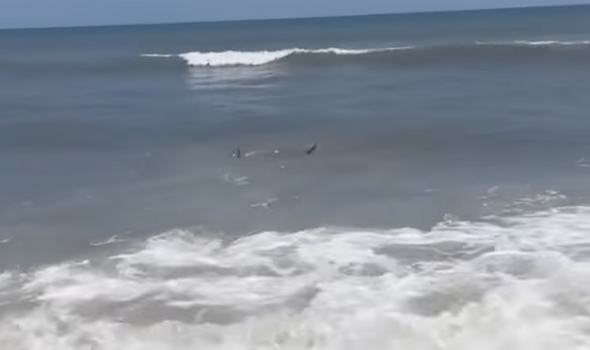 On the same day a swimmer in Jacksonville, Florida, was allegedly bitten by a shark.

Speaking to WJXT-TV, witnesses said a six to seven-foot shadow could be seen swimming off the coast and there was a large quantity of blood in the water.

Officials refused to confirm whether or not these particular sightings were in fact a shark as they were unable to verify it themselves. 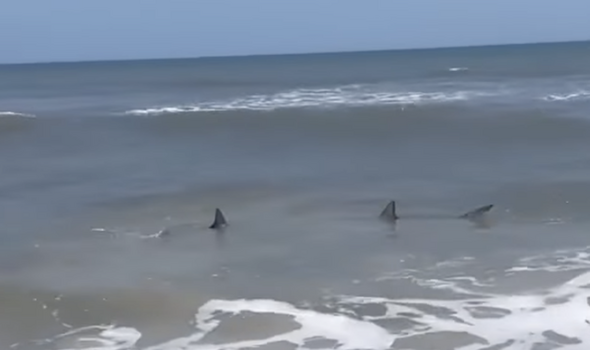 According to Tracking Sharks, the majority of shark attacks occur in the United States in Florida and can be more accurately described as shark bites.

Florida has seen 18 of the US’ shark attack bites this year, with New York seeing six, South Carolina with three and California with just one. 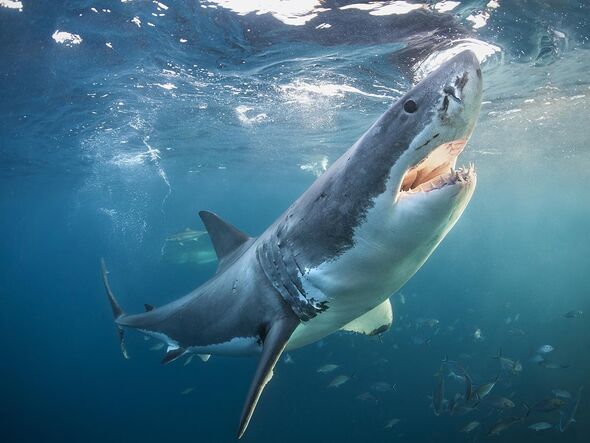 Meanwhile in the UK, a snorkeler was reportedly bitten by a shark in Cornwall.

The swimmer, who sustained a leg injury on July 28 off Penzance, was rescued by the coastguard.

“The coastguard was notified just before 12.30pm on Thursday. It is believed the swimmer suffered a leg injury.

“The coastguard team met the casualty at Penzance harbour to assist with passing them into the care of the ambulance service.” 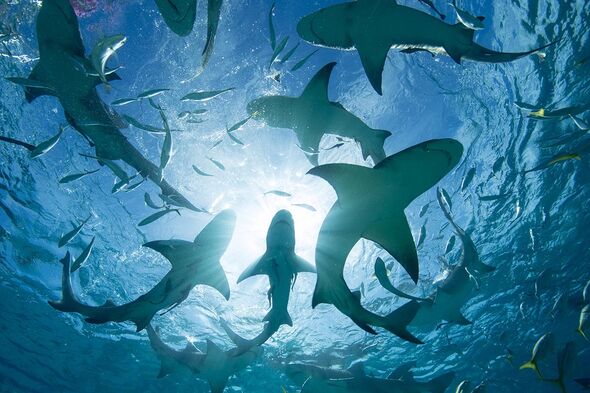 The British Sea Fishing website reports: “Blue shark attacks on humans are extremely rare but have been recorded.

“In total, on a world-wide basis, there are four confirmed cases of fatal blue shark attacks on humans with twenty-five confirmed non-fatal attacks.

“In August 2012 a beach in Ceredigion, Wales, was closed to bathers due to the presence of a blue shark.

“The shark was spotted swimming in between boats and came very close to the shore, swimming past tourists in just a few feet of water.

“Later in the same month another beach in West Dorset had to be closed for an hour and a half due to another blue shark.”