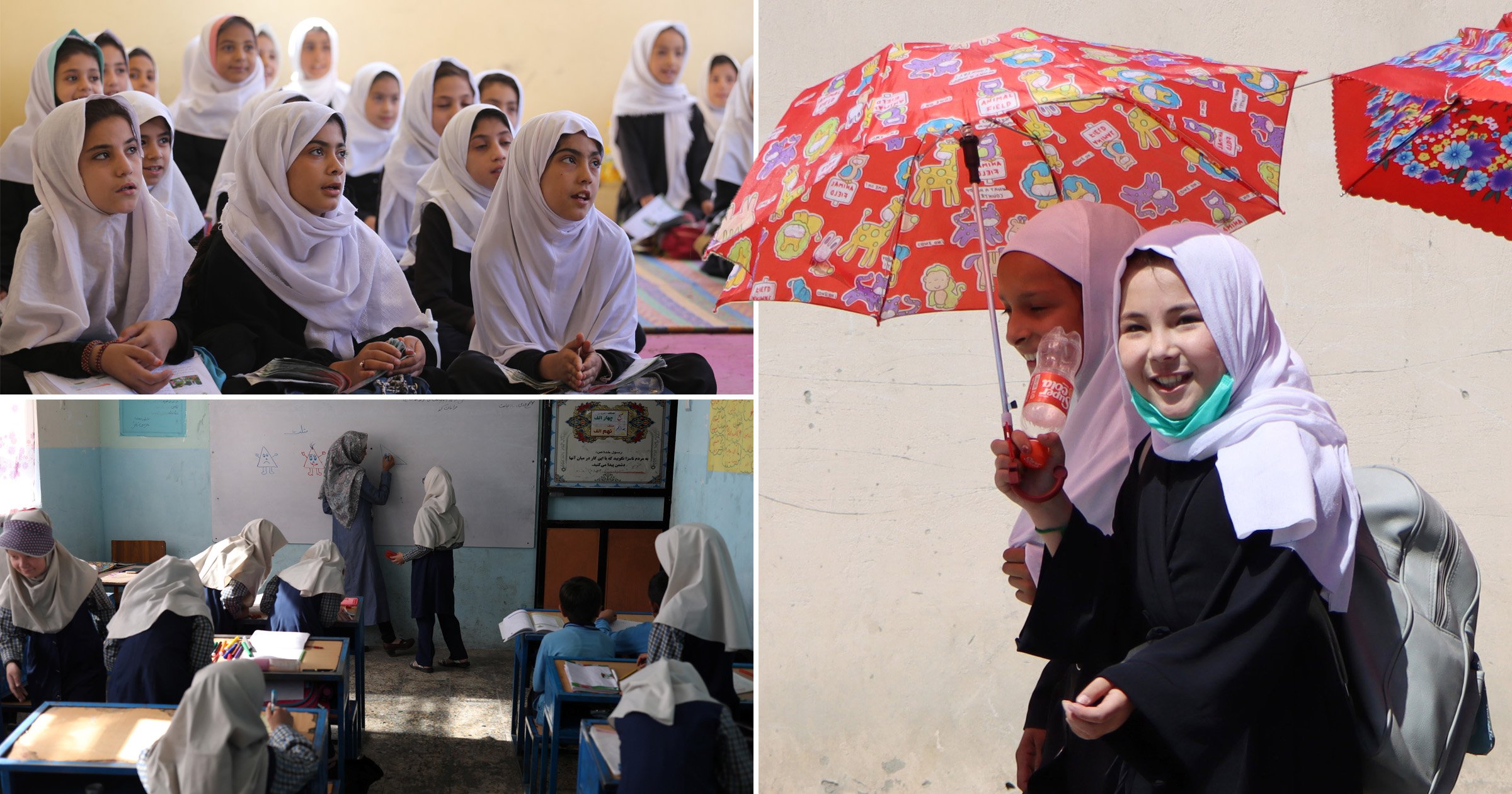 Schools in Afghanistan have reopened for boys today but girls have been stopped from attending, the Taliban has announced in a statement.

Most educational institutions have remained shut in the month since the Islamist group seized power, with normal life on hold for many.

But the country’s new education ministry said that lessons for boys in grades seven to 12 will resume from Saturday.

There was no mention of girls in the statement and it is thought they will be left stuck at home.

The move has been greatly opposed by many Afghanis, who argue ‘there is nothing in Islam that prevents a women’s right to education or work’.

Since its takeover of the country, the Taliban has claimed the strict oppressive laws it held in the 90s, when women were mostly excluded from education and work, would not be enforced.

But the latest announcement appears to mark a return to the group’s previous reign, when it outlawed almost all education for girls during from 1996 until 2001.

Afghanistan’s education system has already been devastated by more than three decades of sustained conflict.

According to UNICEF, an estimated 3.7 million children are out-of-school in the country and 60% of them are girls.

Nobel Peace Prize laureate Malala Yousafzai said shortly after the statement from the Taliban: ‘This is shameful and not at all new. In the past, the Taliban imposed a ‘temporary’ ban on girls’ education that lasted five years.

‘They are testing our resolve. We demand that leaders stand up for Afghan girls’ right to go to school.’

Former UN worker Naimat Zafary argued that the move is a ‘continuation of dark days in Afghanistan’ as the Taliban are violating the rights of half of the country’s population.

He said: ‘No schooling for girls above grade six, which is tactically a no for girls education.

‘Having also dissolved the Women Affairs Ministry, the Taliban are simply violating rights of 50% of the population.’

However, Pashtana Durrani, executive director of the non-profit LEARN Afghanistan, argued that people need to be ‘very sensitive’ around statements like ‘girls banned from school’, but added that there should be pressure for reopening the schools.

The decision comes only days after Metro.co.uk reported that the new Taliban government has said women studying in universities must obey a compulsory Islamic dress code.

The acting higher education minister, Abdul Baqi Haqqani, who is part of an all-male government, told a press conference last week: ‘We will start building on what exists today.