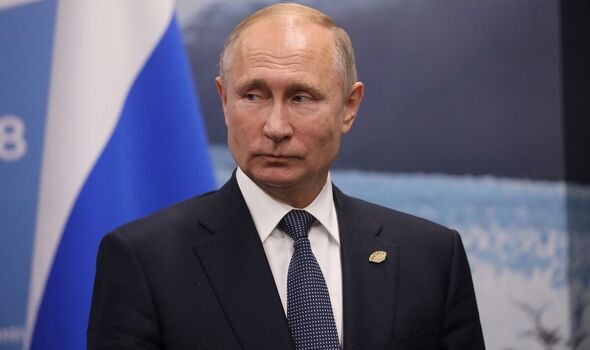 The world-respected barrister said the Russian president was a “guilty man” for senseless attacks on civilian targets during the Ukraine invasion. Sir Geoffrey led the prosecution of former Serbian leader Slobodan Milosevic, known as “the Butcher of the Balkans”.

Putin was guilty of “crimes against humanity” because his troops had mercilessly attacked civilian targets, said the lawyer.

Rules of engagement prohibit attacks on civilians, or infrastructure vital to their survival, and are set out in the Geneva Convention, signed by nations.

Sir Geoffrey said the case could not be clearer and there was no doubt a chain of command led directly to the top of the Kremlin.

The lawyer masterminded the case against Milosevic, who went on trial for war crimes in Croatia, Bosnia and Kosovo, but died in prison before his 2006 trial ended. The Russians have committed more than 58,000 atrocities, breaching international law with murders, sex attacks and kidnappings.

Moscow’s pummelling of civilians continued with missile strikes yesterday on Kherson and capital Kyiv where revellers had earlier raised the flag to celebrate the new year.

Ukraine claimed to have shot down 45 missiles including 32 aimed at the capital. Fragments of one missile were found with “Happy New Year – Boom!” written on the tailfin in Russian.

Ukraine has revealed more than 15,000 of its people are missing from the conflict.

Speaking in Russian he said: “Your leader wants to show you he’s leading from the front, and his military is behind him. But in fact he is hiding.

He told BBC Radio 4: “It is a core responsibility for Nato to have the weapons to ensure our own deterrence and defence, but also to support Ukraine for the long haul.”