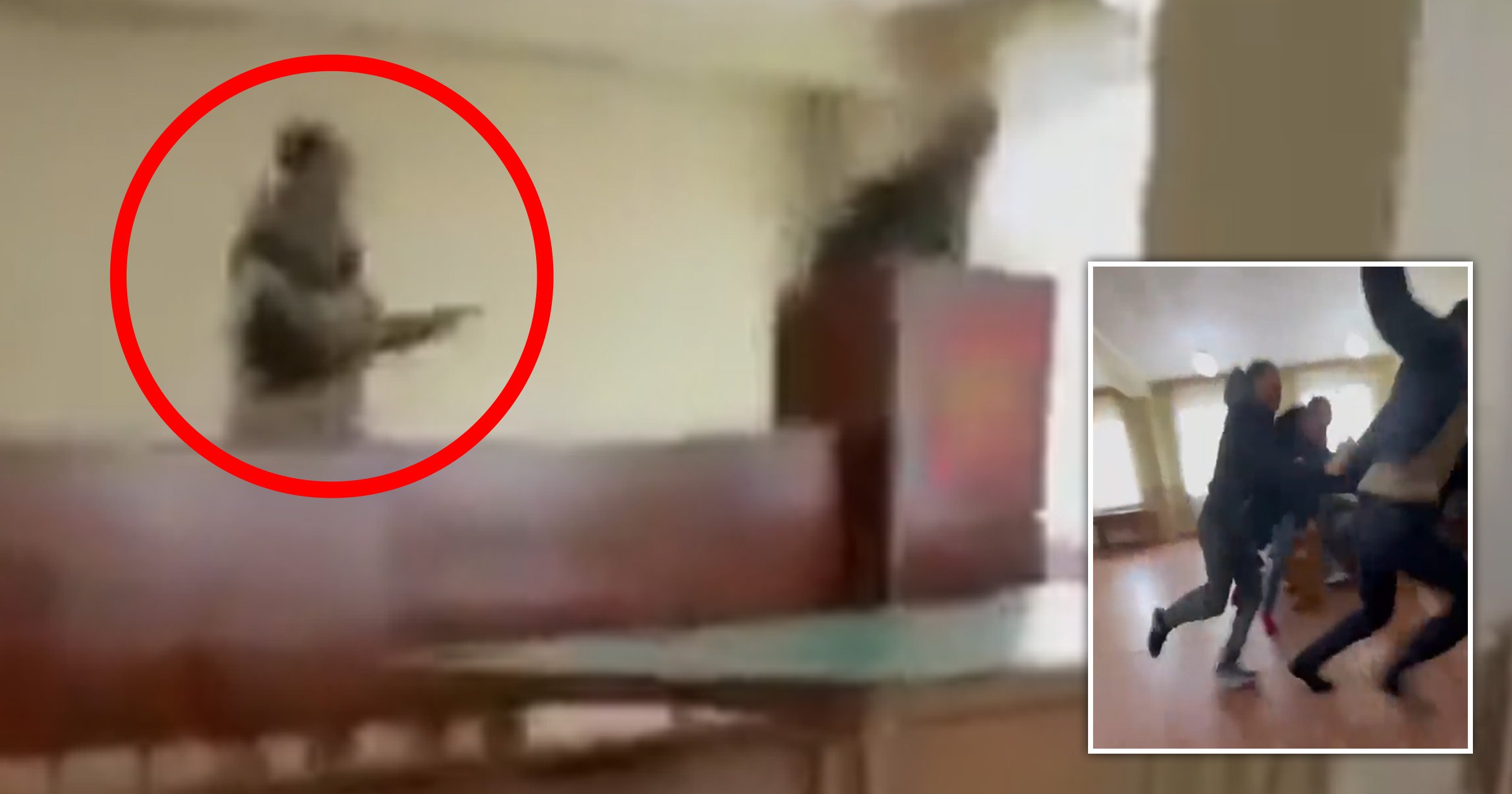 A gunman appears to have opened fire at a conscription office in Russia amid soaring tensions over Vladimir Putin’s mobilisation.

He critically wounded a recruitment officer at the enlistment centre in Siberia today, the local governor confirmed.

The incident occurred in the town of Ust-Ilimsk in Irkutsk, a vast and sparsely populated region as Russians across the country voiced their disapproval at being conscripted and fled across borders.

Governor Igor Kobzev said in a message on Telegram: ‘In Ust-Ilimsk, a young man fired at the military registration and enlistment office.’

Mr Kobzev said a military commissar had been wounded in the shooting and was in critical condition.

A video published on social media shows a man identifying himself to police officers as 25-year-old Ruslan Zinin. A separate video of the shooting shows him firing at least one shot inside the draft office.

The videos were not immediately verifiable.

‘We’re all going home now,’ he is said to have added.

This is a breaking news story, more to follow soon… Check back shortly for further updates.