PORT-AU-PRINCE (Reuters) – Fifteen children died in a fire that swept overnight through an orphanage in Haiti run by a U.S. religious group, authorities said on Friday, triggering renewed controversy over the hundreds of unlicensed orphanages in the poorest nation in the Americas. 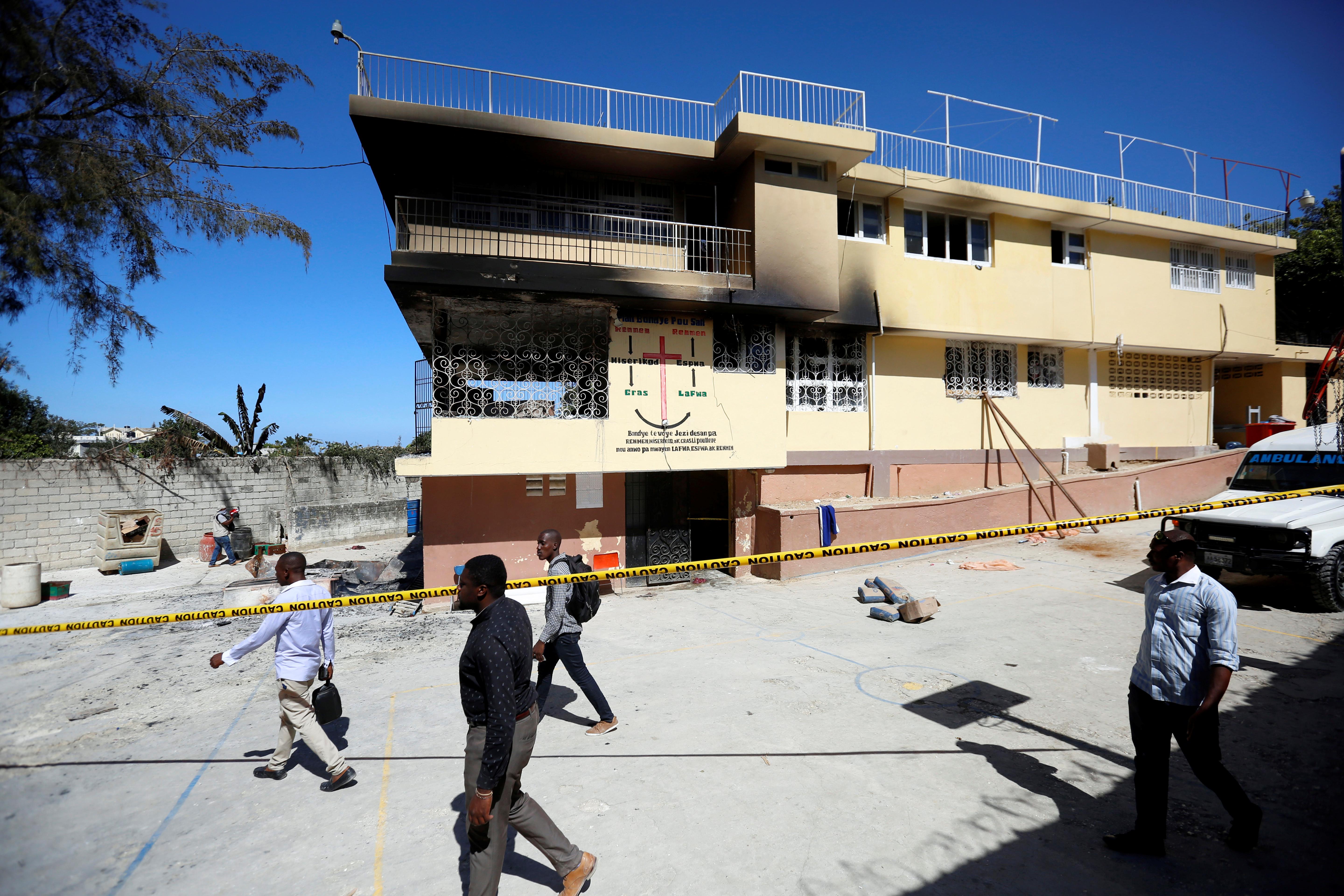 Two children were burned to death and 13 died due to smoke inhalation in the blaze that ravaged the Pennsylvania-based Church of Bible Understanding’s orphanage in Kenscoff, just south of the capital.

The cause of the blaze was not clear. One of the children at the orphanage told Reuters they had been using candles because the power in the block was out and a generator was not working.

Arielle Jeanty Villedrouin, director of the Institute for Social Welfare, said the religious group did not have a license to operate the institution, which housed around 60 children.

“Orphanages” – which in reality mostly house not just orphans but children whose parents feel they cannot afford to look after them – proliferated after the 2010 earthquake in Haiti that killed tens of thousands.

Yet just 35 of 754 such institutions are officially authorized, with another 100 in the process of getting a license. The government has closed around 160 institutions over the last five years, Villedrouin said, and has barred more from opening.

“We are going to place them in a transit center while we do research on their family and see if we can reunite them with their parents,” she told Reuters.

Four in five of the around 30,000 children in Haiti’s orphanages have living parents, according to the government.

A woman who answered the Church of Bible Understanding’s telephone number in Port-au-Prince, asked for comment, said: “We will make it known when it is appropriate.”

There was no response to a voicemail seeking comment at the number listed for the Orphanage of the Church of Bible Understanding at its office in Scranton, Pennsylvania.

The group says on its website it opened its first orphanage in Haiti nearly 40 years ago, with a primary goal “to spread the Gospel to any and all who will receive it.”

“I call on the relevant authorities to take urgent measures to decipher the cause of this drama,” President Jovenel Moise wrote in a tweet, expressing his “profound sadness.”

Poverty, disability and a lack of access to basic healthcare, education and social services mean many Haitian parents send their children to orphanages or wealthier relatives or acquaintances. Those taken in by relatives are often used as servants or isolated from children in the household and seldom sent to school, critics say.

Children living in hundreds of orphanages suffer sexual and physical abuse and some are trafficked into orphanages for profit to attract donations, the London-based charity Lumos wrote in a report three years ago.

Donors, mostly from the United States and faith-based organizations, give $70 million a year to one-third of Haiti’s orphanages, it said.