Staying in general practice is financially unsustainable for almost half of the nation’s GPs due to the increasing costs of providing healthcare and the growing numbers of patients with complex conditions.

A new report from the Royal Australian College of General Practitioners surveyed 3219 GPs across Australia and was conducted between April and May this year. It found roughly half of respondents avoided providing certain services – such as mental health consultations – or avoided claiming those rebates for fear of being accused of not complying with Medicare rules. 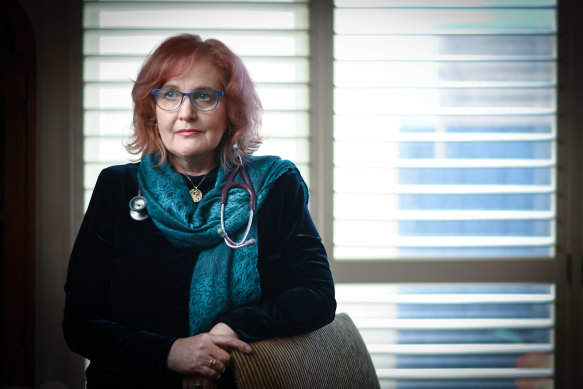 Just 3 per cent of GPs surveyed in the annual Health of a Nation report believed the Medicare rebate was enough to cover the cost of providing care and seven in 10 practice owners worried about the short- or long-term viability of their business as they struggled to find and retain doctors.

“GPs are well-placed to find other employment. The ball is in the government’s court and action is needed right away. Unless that occurs, the health of the nation will deteriorate.”

The college is pushing the federal government to immediately boost investment in general practice to ensure its long-term survival and continued ability to care for the most vulnerable patients who rely on bulk billing.

“Until that occurs, future doctors will continue to opt for other specialities and more and more GPs will throw their hands in the air and quit,” Price said.

The survey found one in four GPs planned to retire within the next five years (an increase from 18 per cent in 2021), equating to 7500 GPs. Fewer than half of GPs intend to keep practising in 10 years’ time.

Just 13.8 per cent of medical students are choosing to become GPs, down from 16.1 per cent last year, the Medical Deans of Australia and New Zealand’s national data report shows.

“We’re haemorrhaging GPs at all stages of the pipeline,” Price said.

Almost three in four GPs reported experiencing feelings of burnout over the previous 12 months and fewer than half said they would recommend their profession as a career to junior colleagues, the survey found.

“Urgent action is needed to give general practice an immediate restoration of funds lost through the Medicare rebate freeze,” Price said.

Only 82.2 per cent of national medical services were bulk billed in 2021-2022, according to federal government data. That was despite several factors that probably inflate bulk-billing figures, including mandatory bulk-billing for COVID vaccinations.

Medicare GP consultation rebates were frozen in 2013 until 2018 when they rose by 1.6 per cent and were recently increased by 65c to $39.60, which does not keep pace with inflation, let alone the rising cost of providing healthcare, Price said.

“Medicare is rewarding high volume, short consultations, which are not a sustainable way to practice good quality medicine,” she said. “We need to look at longer consultations, and complexity loadings, particularly for aged care, mental health and disability.”

On Tuesday, federal Health Minister Mark Butler said he was “deeply concerned” about the state of general practice.

“After nine years of cuts and neglect to Medicare, particularly a six-year freeze on the Medicare rebate … general practice is in the most parlous state in the almost 40-year history [of Medicare],” he said.

Butler convened the Strengthening Medicare Taskforce – which included the RACGP, Australian Medical Association and other key healthcare and patient advocacy bodies – to guide the government’s $750 million investment in primary care over the next four years. The taskforce is expected to present its recommendations by the end of the year.

“We have a very serious challenge ahead of us to rebuild general practice and to strengthen Medicare,” he said. “I see that as the highest priority [of] the health policy for this government.”

The Health of a Nation report also urged the government to ease the excessive administrative burden of running general practices.

“GPs are avoiding claiming for things like mental health consultations even though they’ve done the work,” Price said. The trend was particularly concerning considering mental health issues were the most common reason for patients presenting to their GPs for the sixth consecutive year, the report showed.