MORE than 30 people have been arrested as thousands of bikers hit the road to mark the Hells Angels' 50th anniversary in the UK.

Thirty-four people were detained on suspicion of drugs offences and possession of offensive weapons during the Euro Run. 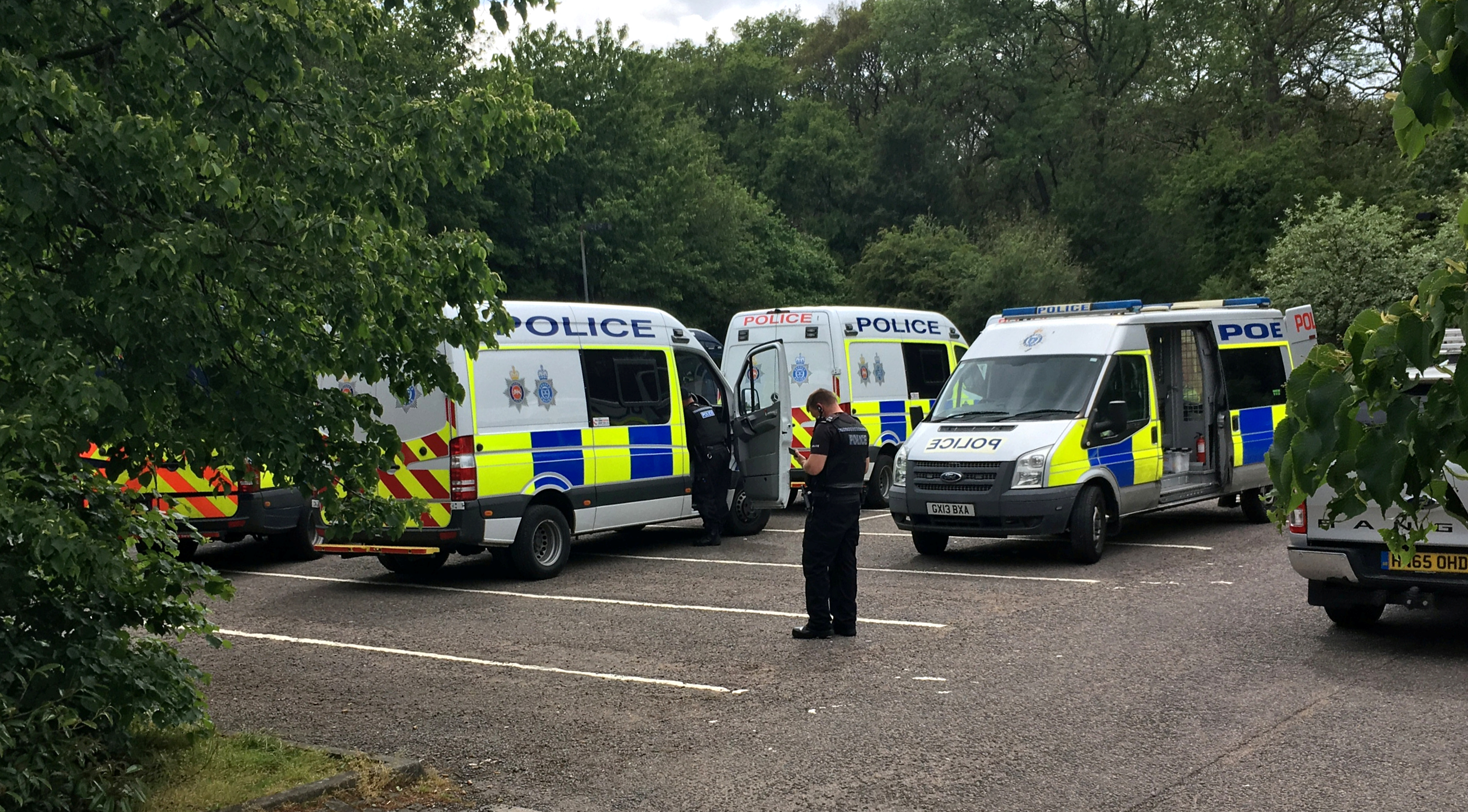 The arrests come as up to 3,000 people were expected to ride from Pease Pottage, near Crawley, to Brighton on Saturday to mark the anniversary of the first branch of the California-based motorcycle club being set up in the UK.

Earlier this week, officers were granted powers to stop and search people within a designated area across Surrey and Sussex in a bid to tackle anti-social behaviour.

A total of 12 people – five Germans, three Hungarians, one Swiss, one French, one Czech and one Greek man – have been charged.

Seven appeared in court on Friday and were given suspended prison sentences, while five more are due to appear in court on Saturday.

Three others remain in custody and the rest were either cautioned or released without charge.

Assistant Chief Constable of Surrey Police Nev Kemp, who is leading policing operations across both counties this week, said: "We have been very clear with those attending the Hells Angels event, many from overseas, that we will not tolerate criminal and anti-social behaviour.

"Our activity over the last few days has been about keeping people safe, which is why I put the Section 60 order in place.

WHO THE HELL ARE YOU: The history of the Hells Angels

The first Hells Angels Motorcycle Club was founded in the Fontana/San Bernardino area of California in March 1948.

Over the next few decades, the club began to build up its membership.

It then went on to set up a branch in Auckland, New Zealand, in 1961 – going on to become a worldwide organisation.

The clubw was named by Arvid Olsen, a former squadron leader of the 3rd pursuit Squadron "Hells Angels" American Volunteer Group, according to the HAMC website.

Olsen was not a member but is believed to have suggested the name to the founder.

"The fact that we have had seven people go through the courts and be sentenced so far, as well as the numerous arrests, has justified our actions and use of Section 60 this week.

"This weekend, especially Saturday, sees one of the busiest for both forces in the last 12 months and we continue to work hard to keep our residents and those visiting safe.

"Officers will be out in high numbers so expect to see us on patrol responding and responding quickly to any incidents. We have well prepared plans in place with officers from both forces, plus mutual aid support on hand." 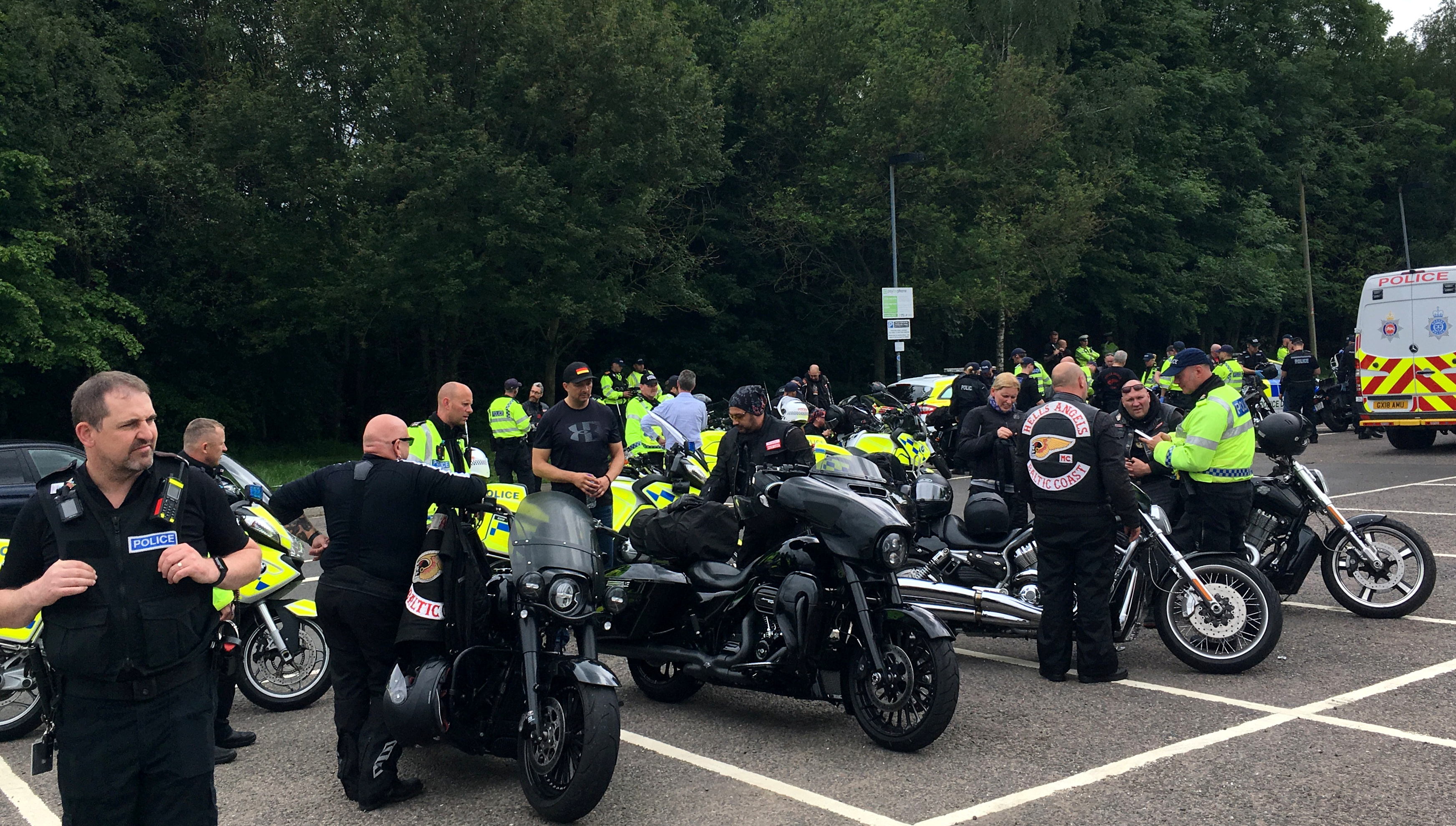 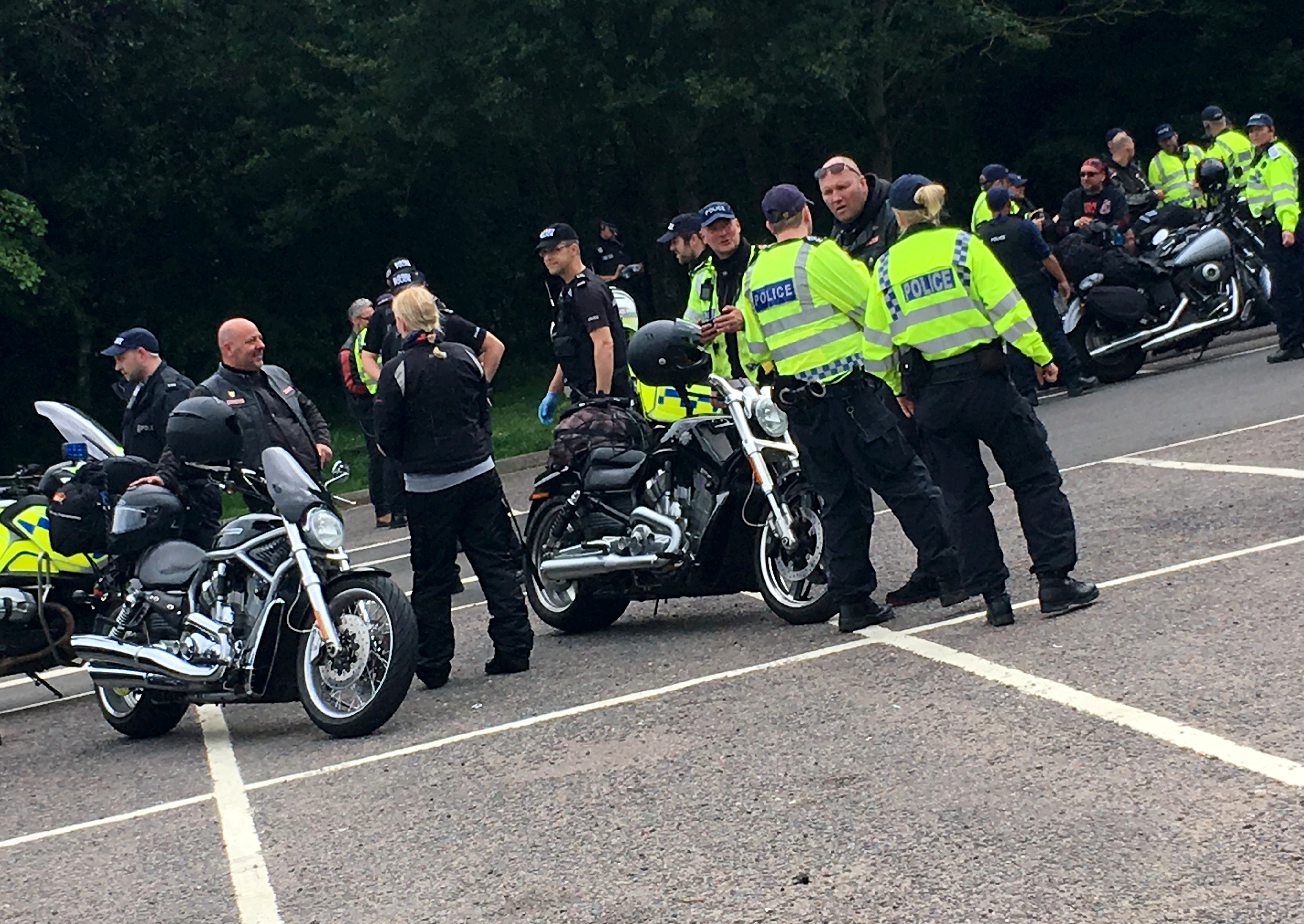 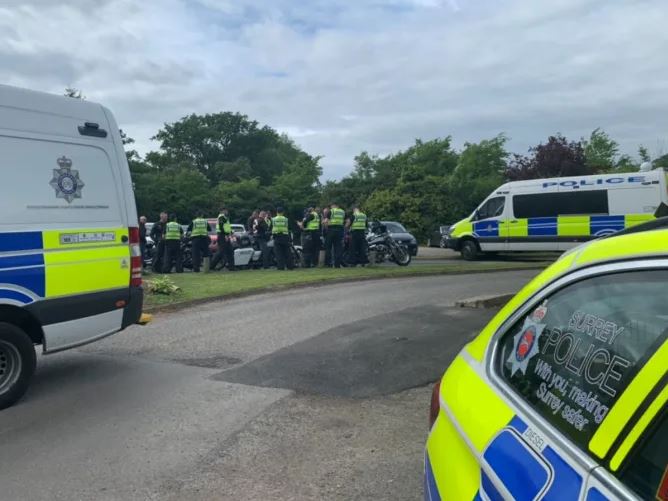