HONG KONG (Reuters) – Thousands of Hong Kong secondary school students are expected to boost numbers at a large rally being planned for Sunday to block sweeping legal changes that would allow fugitives captured in the city to be sent mainland China for trial. 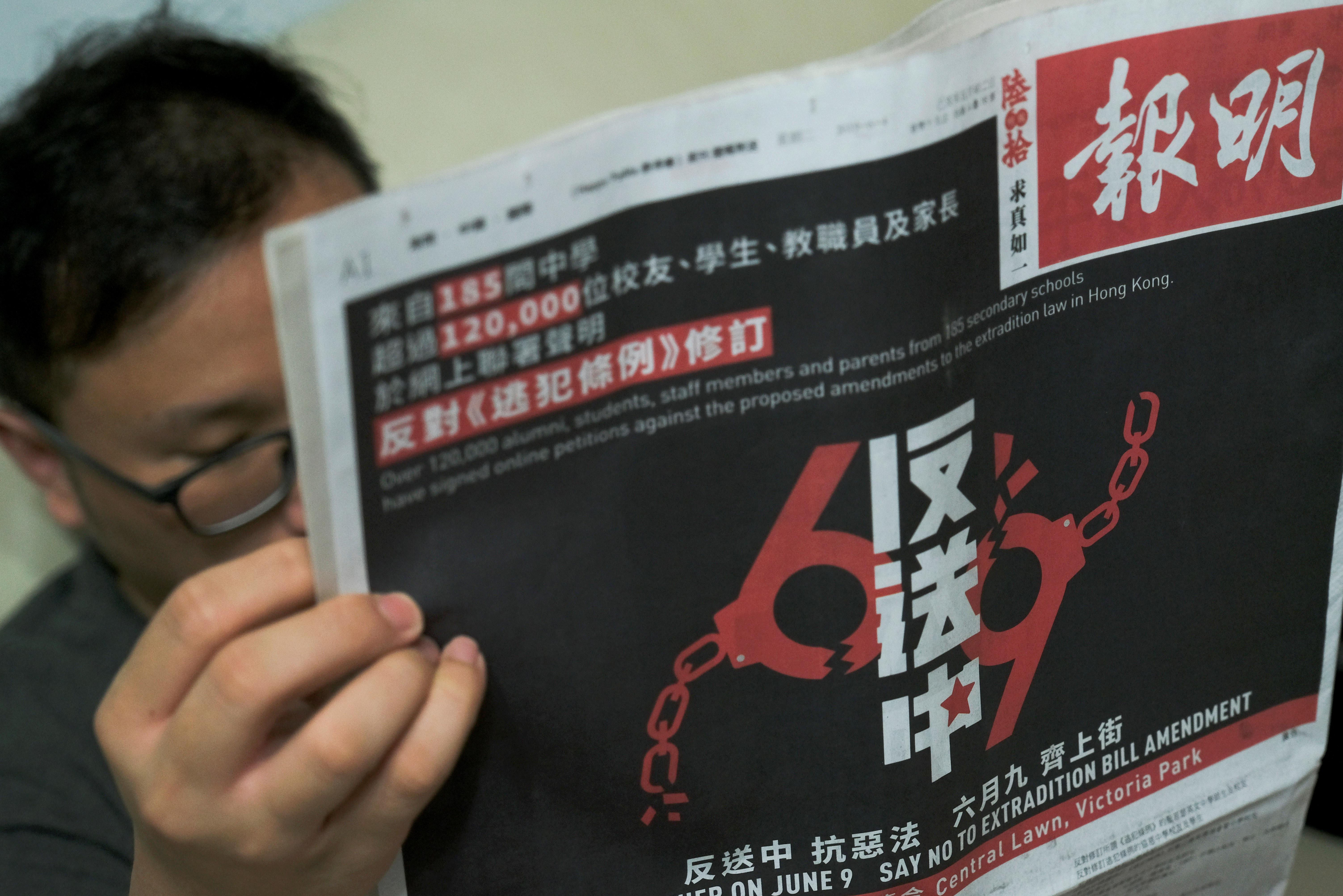 In a highly rare move, more than 120,000 pupils, alumni, staff and parents from 185 secondary schools have signed a joint petition against the so-called Fugitive Offenders Ordinance amendment bill.

The petition organizers say they are expecting many of their signatories to turn out, with some opposition estimates suggesting some 300,000 could join the rally in what would be the biggest protest since the Occupy pro-democracy street demonstrations in 2014.

The petition, published on the front page of local newspaper Ming Pao on Tuesday, is the latest in a rapidly accelerating campaign against the bill that has grabbed global headlines with concerns from diplomats, lawyers, judges and business chambers.

The proposed legislation has stoked mass protests in the freewheeling former British colony, which was promised a high degree of autonomy under a “one country, two systems” formula when it returned to Chinese rule in 1997, including its independent judiciary.

If the bill is passed, Hong Kong would for the first time allow fugitives to be sent for trial to mainland China, which has a record of arbitrary detentions and where a fair trial is not guaranteed.

Embattled government officials have offered tweaks to the bill but have refused to ditch it, saying that suspects at risk of political and religious persecution and torture would not face extradition.

Hong Kong’s independent courts would still have review of extradition cases as the government seeks to extend case-by-case renditions to countries, including mainland China, beyond the 20 nations with whom it has formal extradition deals.

Among the secondary schools that signed the petition are the alma maters of the city’s leaders, pro-establishment lawmakers and Poon Hiu-wing, a young Hong Kong woman killed in Taiwan last year whose murder has been cited by government officials eager to push the bill before summer.

Ho Chi-kwan, 67, one of the petition organizers and an alumni of St Francis Canossian College, which Lam attended, called on the government to withdraw the bill for more consultation.

“As Carrie Lam is from our school, I feel like there’s a social responsibility for us to speak up,” Ho said.

“This bill will have a serious impact on Hong Kong. It will destroy one country, two systems,” she said.

The Taiwan government has repeatedly said it has no intention of asking Hong Kong to return the suspected murderer of Poon even if the bill is passed amid concerns it could put citizens of the self-ruled island at risk of China’s reach.

Dorothy Wong, another petition organizer and an alumni of True Light school, said while petitions were an old technique, they remained an effective form of pressure and word spread quickly on social media.

When asked what motivated her to organize the petition, she said: “‘Thou art the light of the world’ is our school motto. Our school teaches us to be righteous. We need to put the light on the table during the darkest hours.”