This is the terrifying moment four rival thugs brawled with knives in front of horrified parents who were picking up their children from school.

The shocking footage shows the gang members attacking each other with knives in Thornton Heath in Croydon, south London at around 4.20pm on Friday.

Two men parked up in a Peugeot before jumping out to attack the other two thugs with their weapons.

A stunned father filmed the fight from his car, with police later saying that a 17-year-old was flown to hospital and treated for stab wounds.

A witness said that the terrifying brawl started when two thugs on a moped and attacked a Peugeot with their knives.

The Peugeot then parks up and the driver and a passenger leap out.

The driver chases after one man, armed with a large kitchen knife, while the passenger and his target run out of shot.

A witness told the Sun: ‘The guy on the moped stopped in front of me and just started attacking the car.

‘He smashed the window and tried to stab the guy multiple times before driving off.

‘I could hear them saying ”bore him up” — which is street slang for stabbing. 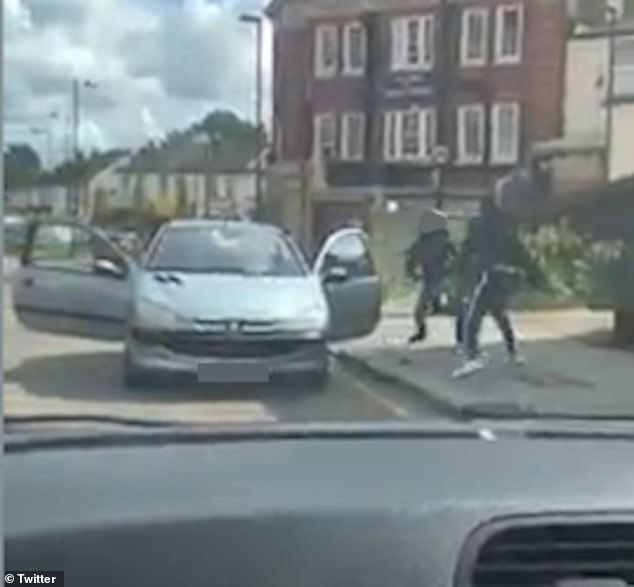 ‘Three of them had knives but one of the guys on the moped had a flick knife. He dropped it because he was stabbing so ferociously with it. It looked like it hit bone.

‘The driver of the car had a massive kitchen knife. It’s just horrible.’

Police said a 17-year-old was flown to hospital where he was treated for stab wounds.

No arrests have yet been made.

They added that a Section 60 was in place in the area after the stabbing and that the condition of the teenager is not life threatening. 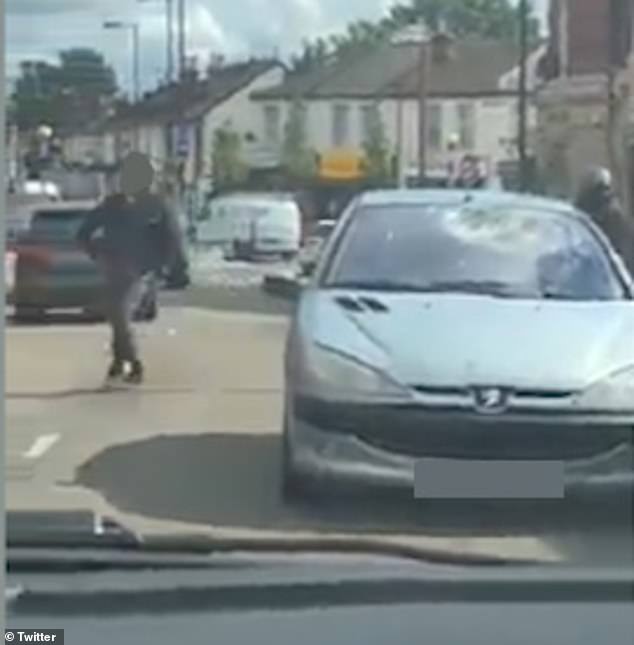 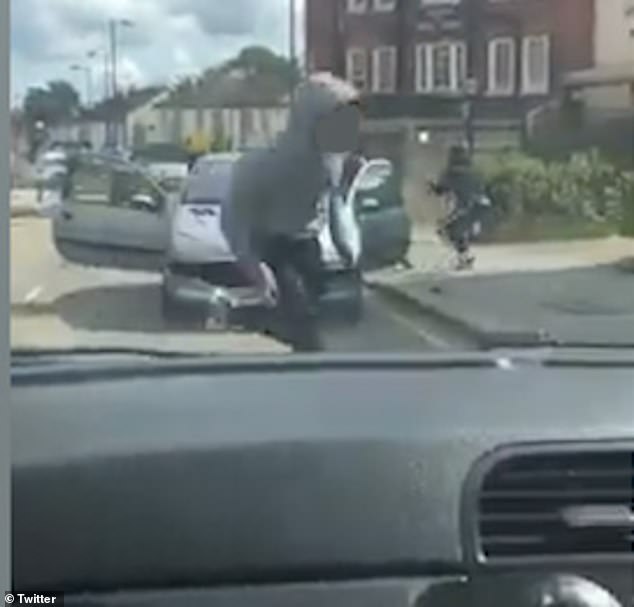 The passenger chased away one thug while the driver, armed with a large kitchen knife allegedly, attacked another