Sir Stephen Lovegrove said we currently live in a world where “China and Russia can pursue ‘might is right’ agendas unchecked”. The National Security Advisor spoke in Washington about strategies to de-escalate current tensions between nuclear powers.

On Wednesday, Sir Lovegrove said that the Western world may risk nuclear conflict as negotiations between countries have broken down since the Cold War era.

He added that dialogue during that time with the Soviet Union “gave us both a higher level of confidence that we would not miscalculate our way to nuclear war.”

Lovegrove also said that “trust and transparency” are built up between nations through dialogue and that opening communication could make the West more active in calling out the unjust behaviour of China and Russia.

The national advisor spoke of President Biden’s current talks with China, saying it is an important step forward that the UK strongly supports. 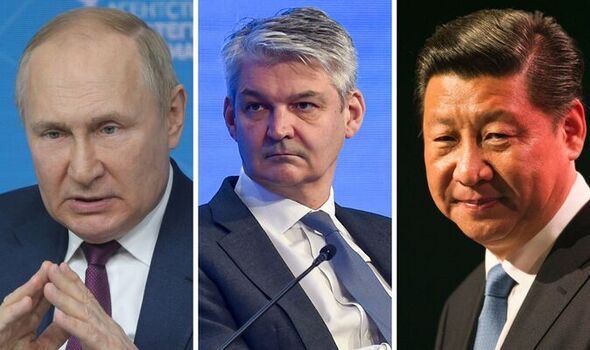 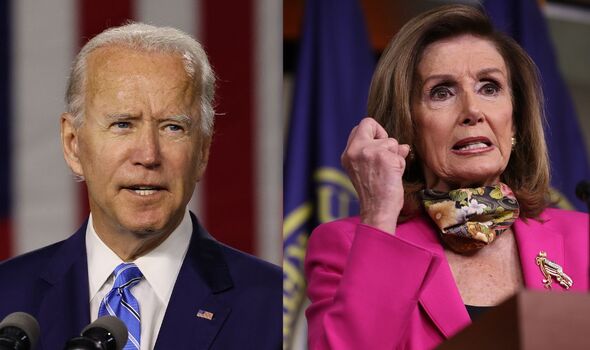 President Joe Biden is expected to talk to the Chinese Xi Jinping President on Thursday.

These talks come at a time of worsening tensions between the US and China over Taiwan.

Speaker of the House Nancy Pelosi says she plans to visit the island to show solidarity.

She has spoken about Taiwanese independence and said Taiwan should be allowed to choose its own course.

However, China says Taiwan is a sovereign territory and says the US will be met with “forceful responses” if Ms Pelosi continues with her trip. 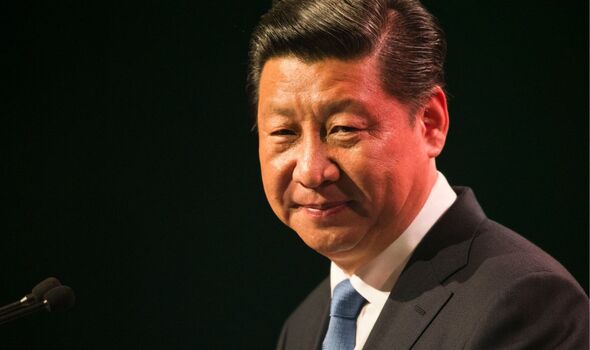 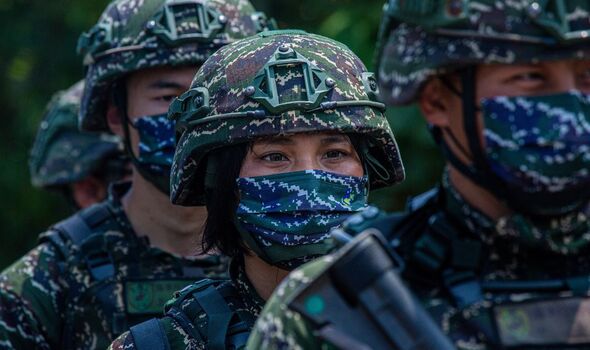 Sir Stephen Lovegrove said that technological advances in modern weaponry have divided current superpowers and that the world is “entering a dangerous new age of proliferation.”

The National Advisor said that advanced weaponry over the last 20 years has increased the likelihood of conflict.

He said that China’s current nuclear weaponry is a “daunting prospect.”

Lovegrove warned: “We have clear concerns about China’s nuclear modernisation programme that will increase both the number and types of nuclear weapon systems in its arsenal.”

He also spoke of the invasion of Ukraine, saying the conflict is a manifestation of current tensions between the West, China and Russia.

Sir Lovegrove also stated that a “grim milestone” has recently passed as it has been 150 days since Vladimir Putin had brought “untold suffering to the innocent people of Ukraine.”

He said Russia’s actions “fit a pattern” of acting to undermine global security. 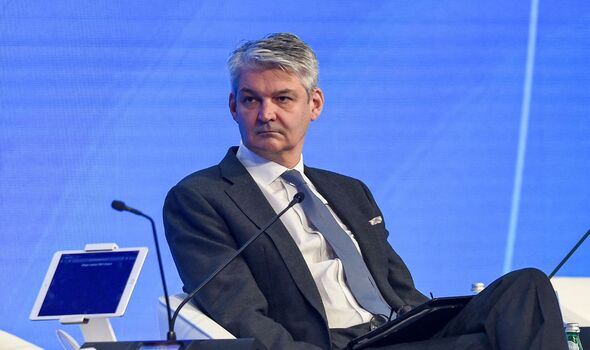 The National Advisor spoke of strategies countries can work on for a more peaceful future.

He said the most important thing the West world can do is open dialogue outside of Western alliances.

Actions such as countering disinformation, establishing and regulating behaviour and creating spaces for dialogue will help “eliminate the causes of mistrust, fear, tensions and hostilities”, according to Sir Lovegrove.

Lovegrove added that he drew upon Winston Churchill’s established quote that “we want jaw-jaw, not war-war.”