Home » World News » How ‘sickly’ Kim Jong-un is readying his sister and DAUGHTER, 9, to take over to 'coup-proof' regime amid ill health | The Sun

KIM Jong-un could be readying his sister and daughter, 9, to be the future of his "coup-proof" regime amid rumours of his ill health.

Experts have said dictator will be carrying out contingency planning as he looks to consolidate his family's power in North Korea for generations to come. 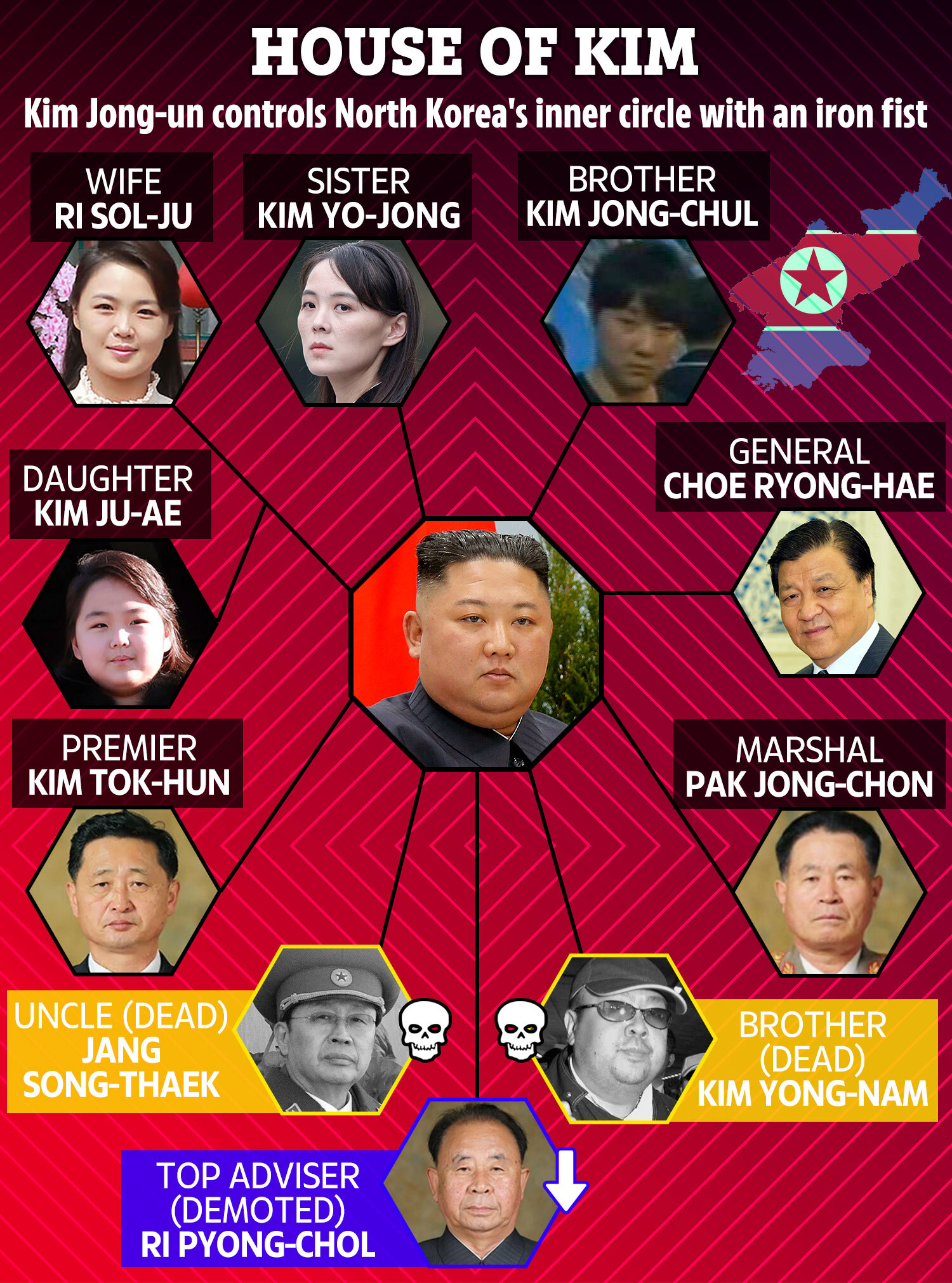 Experts believe that if Kim, 40, suffers an early death or has to step aside, the regime will continue – most likely led by his powerful, younger sister Kim Yo-jong.

And meanwhile, speculation continues to rumble about the growing presence of his 9-year-old daughter Kim Jue-ae – being picturing touring a missile factory with him this week.

She is now regularly presented in carefully controlled state media as his "beloved" and "precious" child – fuelling rumours about her role in the regime in the future.

His inner circle is akin to a revolving door, with the tyrant controlling it with an iron fist and purging those he no longer trusts.

But his sister, 35, has been one of his main confidants for several years as the pair have been close from an early age.

Michael Madden, director and founder of NK Leadership Watch, told The Sun: "If Kim Jong-un were to be debilitated or pass away, we would probably see a collective leadership of core North Korean elites with Kim Yo-jong at its centre as the regime's key decision maker."

He added: "When we look at the DPRK elites in top leadership posts these are individuals who were selected in part for their demonstrated loyalty to Kim family leadership.

"Part of that loyalty includes support got whatever plans are in place for a post-KJU leadership transition."

Rumours have also swirled Kim's daughter could also be on the route to becoming a successor after he took her to two missile launches.

Dr Edward Howell, lecturer in politics at New College, University of Oxford, believes it is "too early to say" whether she is being lined up.

He says, however, showcasing her in public is a clear sign he has no intention of giving up control any time soon.

Dr Howell, whose research expertise is focused on the Korean Peninsula, told The Sun: "Showing Kim Ju-ae in public carriers a clear message: the Kim regime is here to stay.

"Kim seems intent to be clear that he is not going anywhere, anytime soon."

It comes as speculation over the rotund ruler's health continues to mount after he ballooned to a suspected 300lbs at his peak before shedding heaps of weight last year.

Kim, who stands at 5ft 6ins, is believed to have had a bevy of health problems including potential hypertension, diabetes, elevated cholesterol and damage from years of chain smoking.

Dr Howell said: "It is well-known that Kim suffers from poor health.

"His dramatic weight loss in 2020-2021 was not only a symbolic and visible means to highlight how, akin to the population, he was 'suffering' from reduced food consumption.

"More likely, it was also for reasons of his own health." 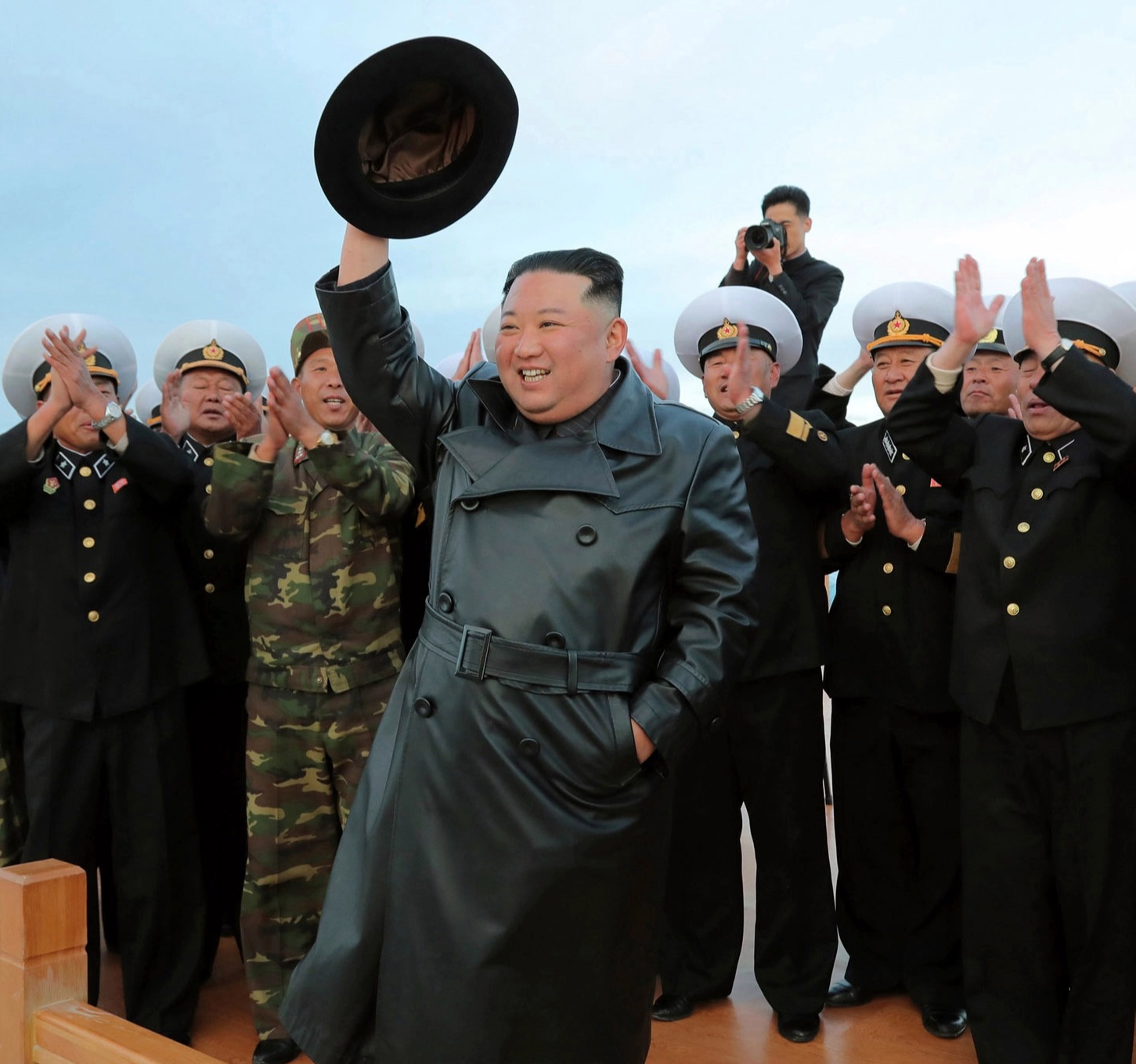 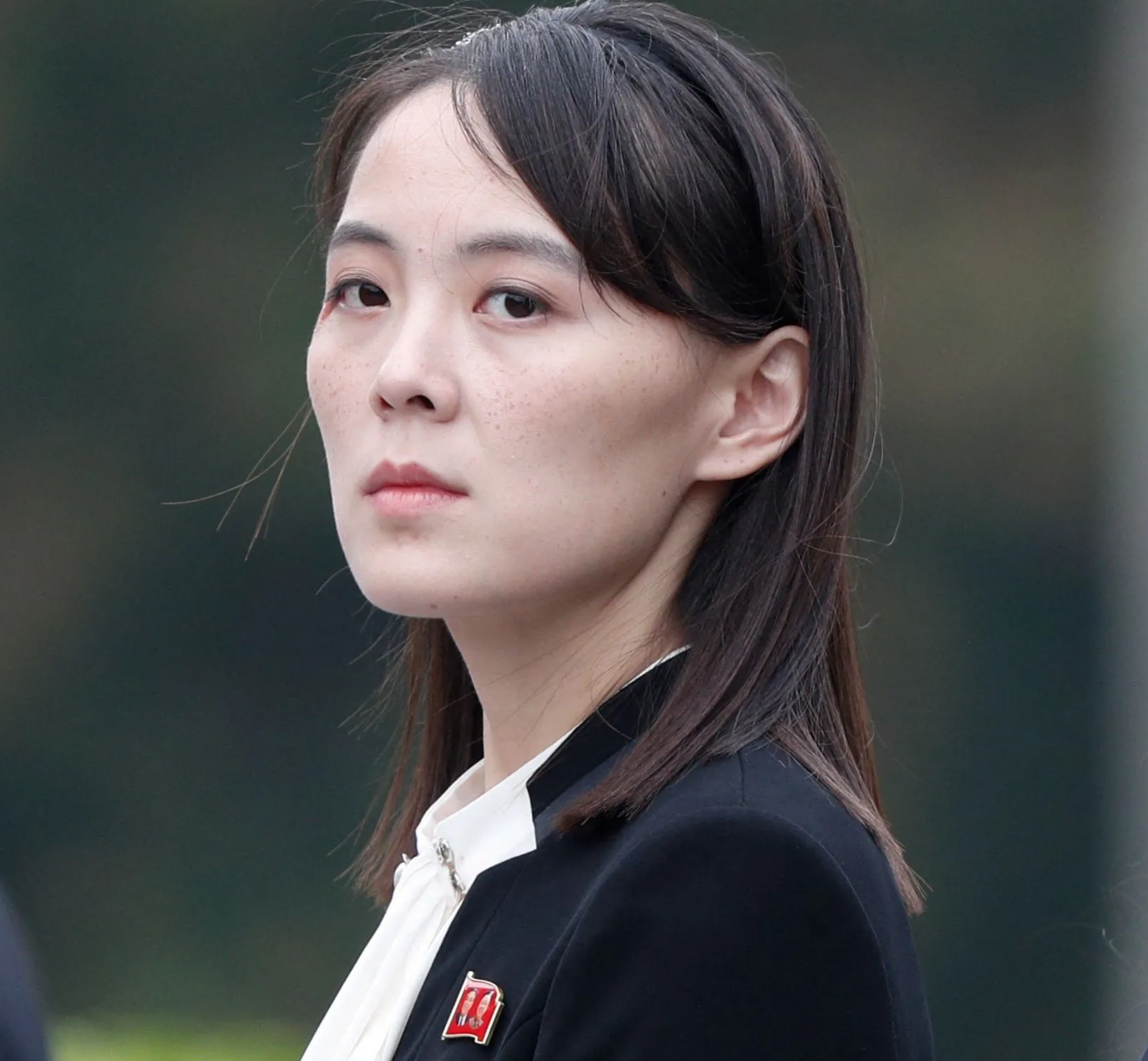 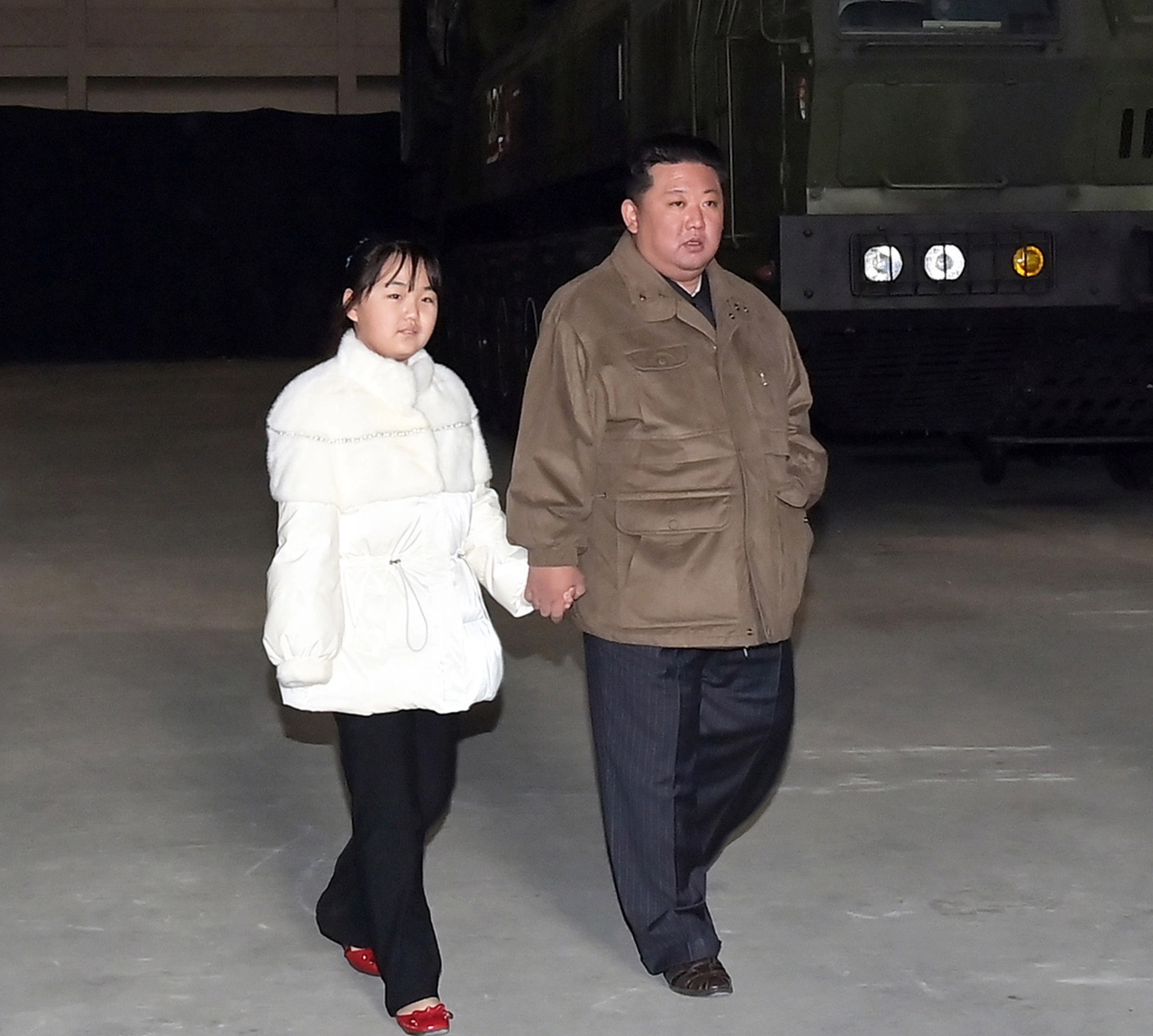 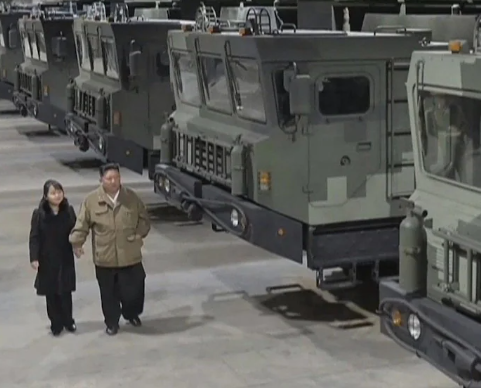 But despite his health woes and inner circle battles, experts believe Kim intends to cling to power for as long as possible.

Mr Madden said: "North Korea has no intention of changing or reforming its political system or strategic decision-making culture.

"If there is one takeaway from his daughter appearing in state media it is that Pyongyang politics will not be changing any time soon."

Mr Madden said it would be near impossible for Kim's regime to be overthrown, with cronies previously purged and the state "coup-proofed".

He said: "Kim has conflicts with elite cohorts from time to time, and I am fairly certain there have been intra-elite problems during the last 18 months.

"That said, the DPRK's internal security apparatus and bodyguard have mechanisms to address insurrection against the central leadership.

"Any violent power challenge to Kim is smothered before it can get legs."

In the past, Kim has been known to exile, imprison or execute confidants and critics.

It was reported in 2019 that he used these methods on up to 70 suspected opponents of his diplomatic outreach to the US and Soth Korea.

But Mr Madden believes Kim has scrapped his purge technique and instead prefers to demote out-of-favour cronies.

One of his top advisors, Ri Pyong-chol, was last year stripped of his military title and demoted to a junior position following an unspecified "serious incident".

It is unclear whether he has risen back to the top of the tanks, but he was part of the 90th-anniversary celebrations of the Korean People's Army in April this year.

He said: "One thing to be mindful of is that since the eighth Party Congress in January 2021, Kim has continued and initiated major adjustments to North Korean institutions and organisations, particularly the intersection and connective tissue between the ruling Workers' Party of Korea and the country's national security community, particularly the armed forces and internal security services.

"These types of changes, some of which have been rolled out on an incremental and longer-term basis, certainly disrupt the lives of top elites and the patronage networks from which they derive money and prestige among lower-level individuals.

"One thing that we have seen in DPRK political culture, particularly during the last five or so years, is that Kim has traded purges for a churn cycle of top officials.

"Under that dynamic, elites in top positions across the regime do not enjoy the comforts of job security that they once did.

"Officials can be subject to dismissal (with or without prejudice), demotion or loss of political offices and early retirements.

"Sometimes we will see an elite put into a seemingly lower-level job, but she/he has been given an important task by the core leadership to discharge.

"This dynamic applies to all but the country's top officials." 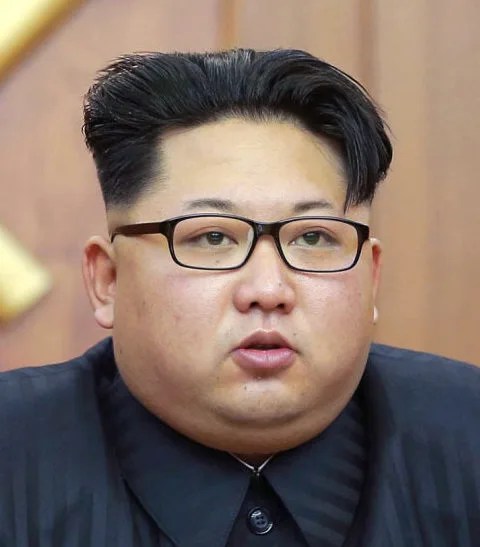 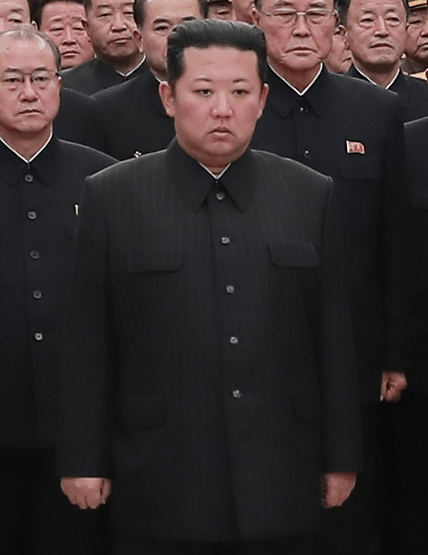