The West Australian government claims it will save $12 million from the sale of the landmark Landgate office building in Midland, despite the deal putting taxpayers on the hook for $85 million in lease fees over the next 15 years.

That figure is more than four times the $17.3 million paid for the building by construction company Georgiou and the government has repeatedly refused to provide a breakdown of the savings estimate, citing commercial confidentiality. 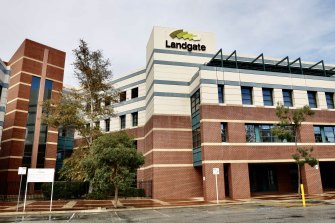 The Landgate building in Midland.Credit:Hamish Hastie

The opacity of the deal and cost of the lease has prompted the opposition to call for an independent review by the state’s auditor general.

“These calculations are not transparent and should have their assumptions tested,” shadow lands minister Neil Thomson said.

“Why did we sell off office assets when we are then paying lease rates on the very same office space which cost us many times more than the value of the sale over the life of the lease agreement?”

The sale of the building in the heart of the Midland CBD settled in March, 18 months after the McGowan government first called for bidders through its controversial market-led proposals process, criticised by transparency advocates for its opaqueness.

The sale included requirements for Georgiou to refurbish the building to continue to accommodate Landgate’s staff, as well as Department of Communities staff.

These rates will cost taxpayers $85 million over the period of the lease, according to their own rental estimates.

The Department of Finance, which headed the sale process, said it expected the government would save $12 million over the next 15 years.

The department rebuffed repeated requests by WAtoday for a breakdown of that $12 million figure.

However, it said Georgiou was undertaking significant building upgrades and associated project risks.

“They will fund the major refurbishment of the aged and inefficient Landgate building, including improving the building’s environment energy rating,” a spokeswoman said.

WAtoday’s own research from state budgets and a building services report prepared in 2020 found about $10.5 million in building fit-out and refurbishment costs.

This includes $6.7 million in the May state budget for an office fit-out of the Landgate building, itemised separately from lease incentive-funded fit-outs in other government offices.

The building services report contained a list of air-conditioning, heating, plant, and lighting upgrades that suggested a cost of about $3.8 million to bring the ageing building up to a modern efficiency standard.

However, a typo in the document increased the cost of suggested lighting upgrades from $1.6 million to $11.6 million.

The spokeswoman said the typo did not impact the savings modelling and said the government was saving money by avoiding fit-out costs.

“[The $12 million] was derived from comprehensive financial modelling which compared the available options and took into consideration the relevant costs associated with upgrading the building and its fit-out, as well as the sale of the building and the 15-year leasing costs,” she said.

“The modelling contained the correct cost estimates, therefore the estimated $12 million savings to the state is correct.

“The typo does not impact the financial modelling.”

Privatisation of state assets was a key battleground in the 2017 state election, with Mark McGowan’s Labor party using the Barnett government’s plans to privatise Western Power to its electoral advantage.

Thomson criticised the decision to sell the building and said it needed further scrutiny.

“A review is the least the government could do, especially given the sale of the Midland Landgate building came hard on the heels of WA Labor’s extremist rhetoric in 2016-17 to ‘write in blood’ plans never to privatise Western Power,” he said.

“There are unique advantages to state ownership – especially in less complex settings such as the Midland Landgate building, but this government does not want to take responsibility for the hard work of governing.”

A spokesman for Finance Minister Tony Buti defended the sale and said it was a superior financial outcome for taxpayers when considering upgrade costs, ongoing maintenance, and the benefits of co-locating other state government agencies.

“There is also the additional benefit of bringing the Landgate building back to capacity, enhancing vibrancy and helping to activate the historic heart of Midland,” he said.

He also defended the government’s transparency around the project.

“Commercial-in-confidence is used for some negotiations to protect the commercial interests of government and contractors, and therefore to provide better value for money to taxpayer.

“The McGowan Government has been focused on celebrating and revitalising Midland through Metronet, better roads and education facilities. The opposition’s only legacy in Midland is closing the railway workshops.”