HUMAN skeletons have been seen "rising from the dead" in front of horrified beachgoers as erosion exposes ancient burial site in Ukraine.

The shocking footage shows the skeletons partially revealed by the crumbling cliff, with a spinal cord, a skull and other bones clearly visible. 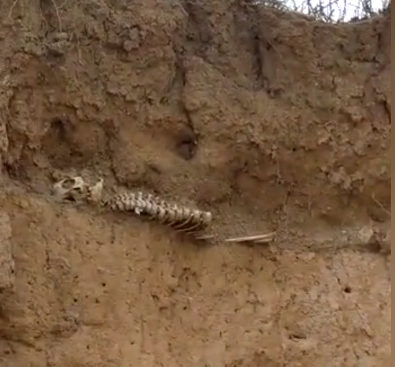 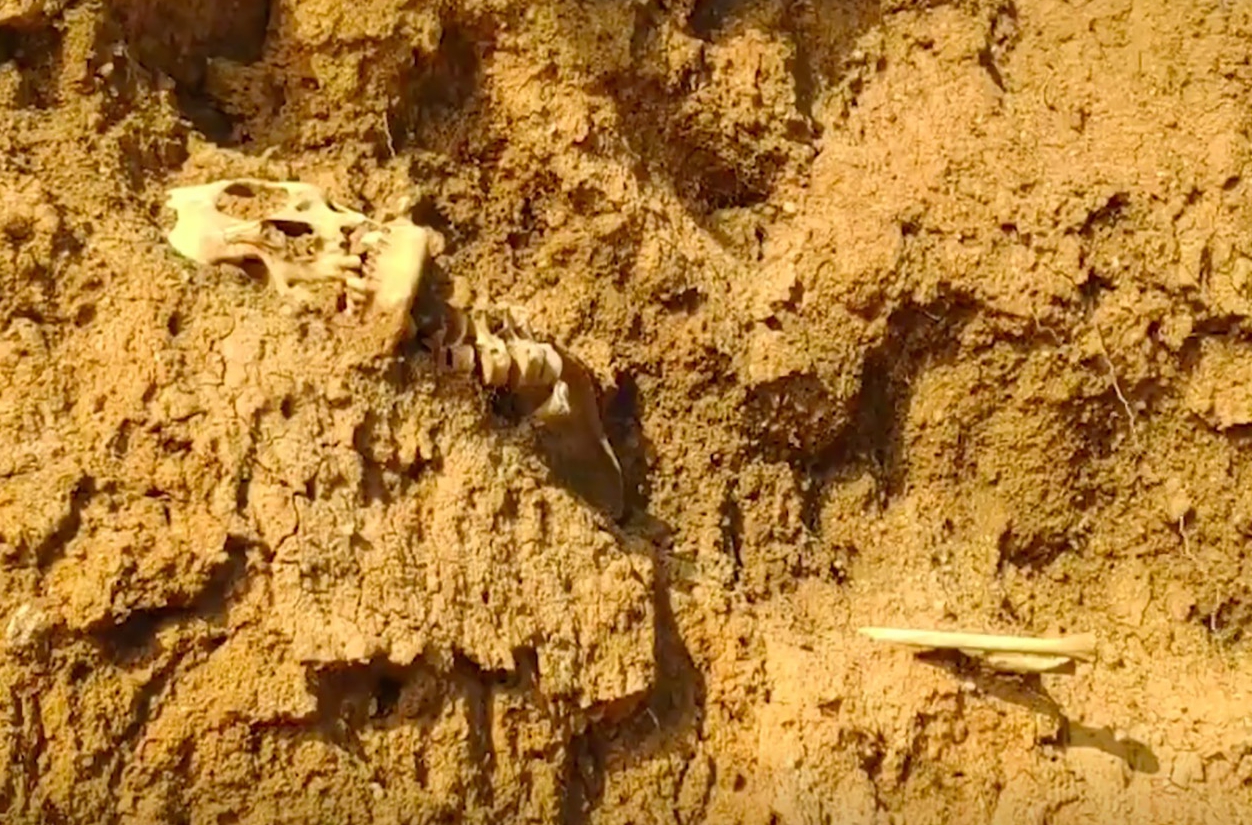 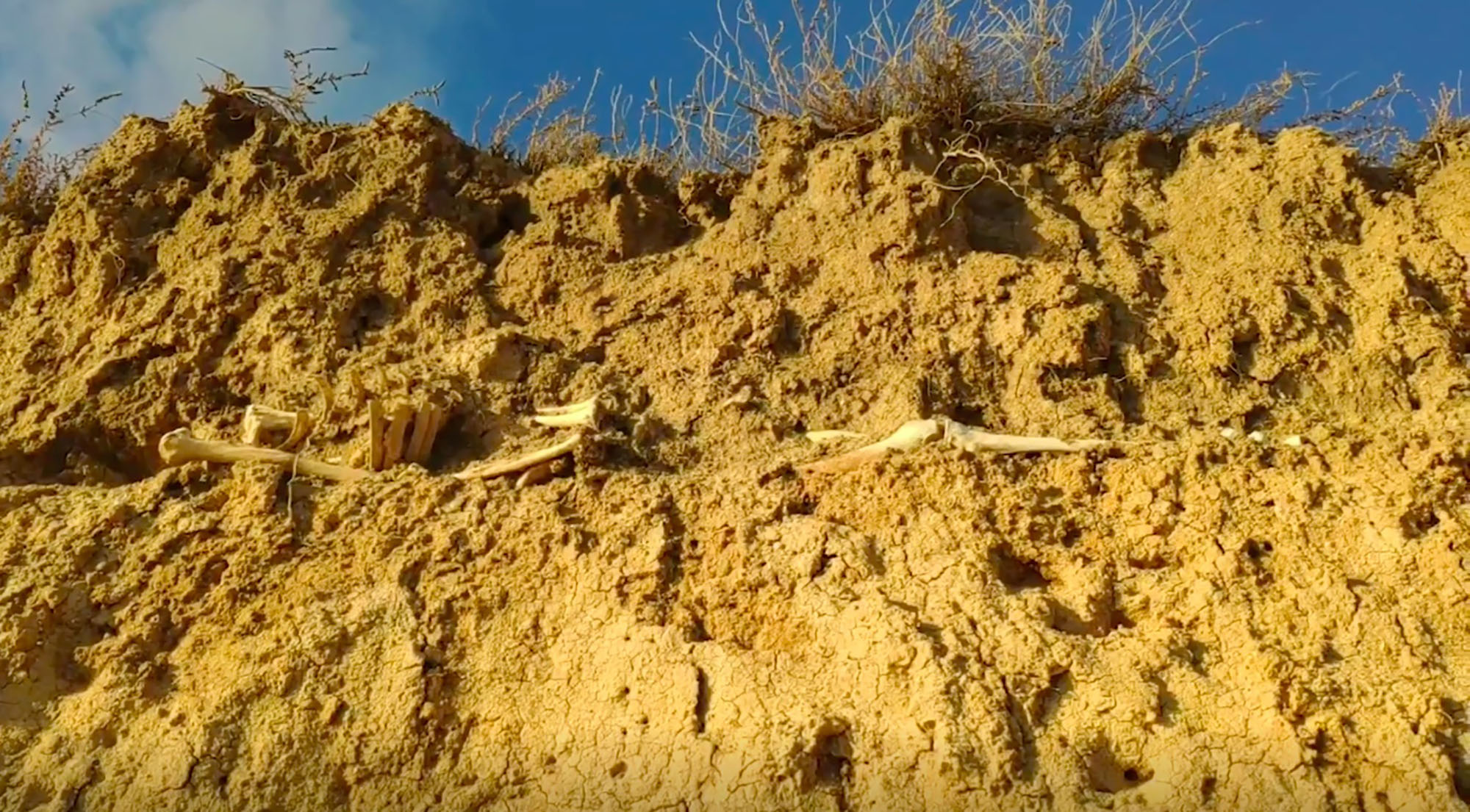 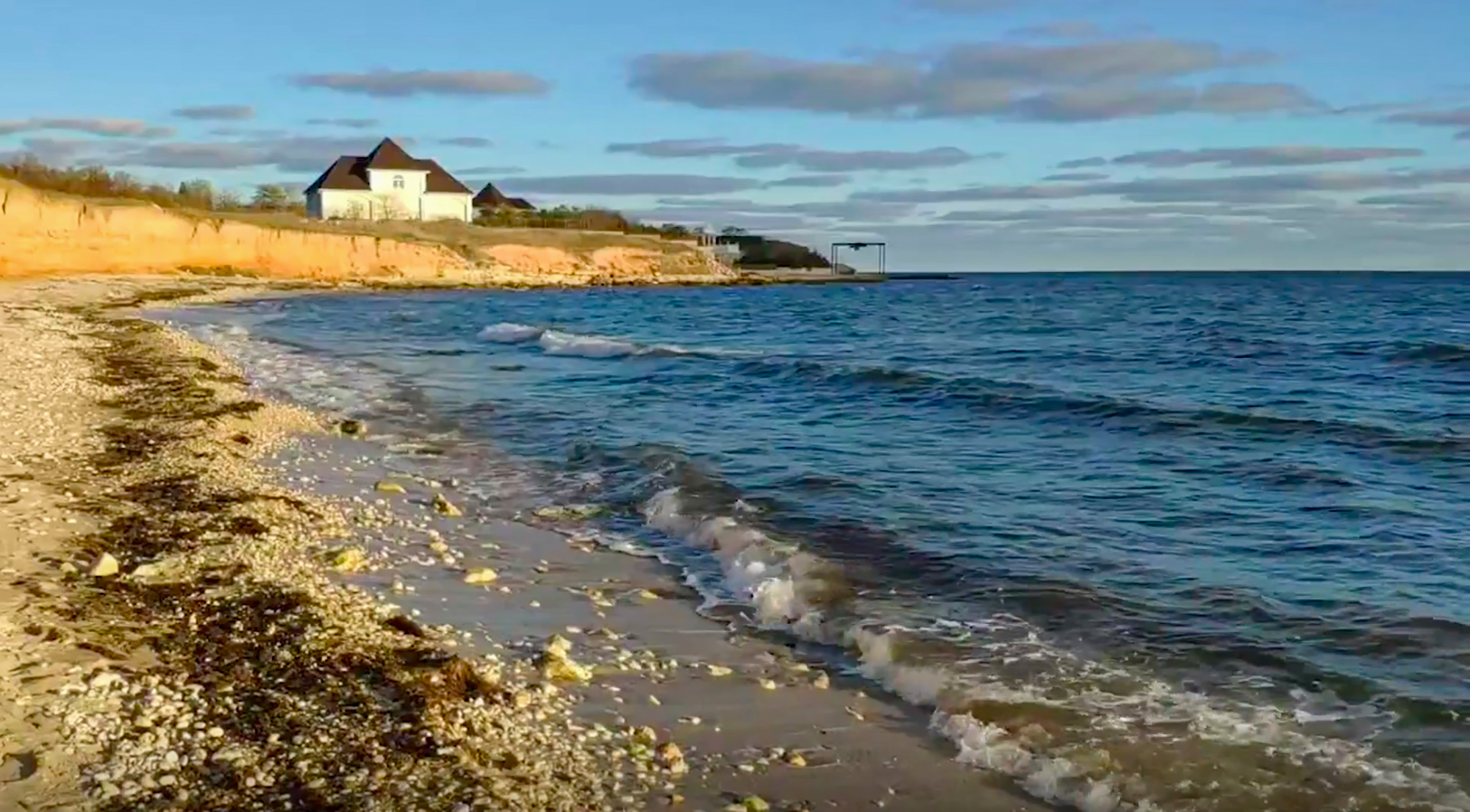 The police initially scrambled to called to the scene for fear homicide or unexplained deaths – but it was quickly confirmed that the bodies were part of an ancient burial site with no investigation opened.

The rain over time has eroding the bank to reveal several human skeletons, which, it is thought, are part of an old Jewish burial site.

Alexander Shkonda, the chairman of the local council in Okunevsky, Crimea, told local media that he had asked for the burial site to become a protected space in 2015.

But as the land is privately owned and out of the local authorities jurisdiction, the graves were not able to be protected with the skeletons now falling onto the beach below.

Land owners even were set to build on the graves, only finding the cemetery after buying all the materials and halting the construction.

Mr Shkonda has now lodged a second appeal to the government to protect the site.

He added that researchers are not sure from which period the remains date back to, but this is not the first time erosion has led to skeletons becoming exposed in Ukraine.

Locals believe the cemetery was from the Karaite Jews – Ukraine, the US and Israel being the only countries left in the world with a significant Karaite population.

Back in the UK, just last month more than 80 skeletons found buried in shallow graves on a building site has sparked calls for an official probe.

The bodies, many of which appeared to have their hands tied behind their backs, were found on a patch of old farmland in Buckingham – and are thought to have been there for centuries.

They were unearthed early last year during ground works ahead of a 72-bed care home being built on the site after the developer commissioned an archaeological investigation to secure planning permission.

All the bones were removed from West End Farm off Brackley Road, leaving empty holes in the ground – but the archaeologists' report was never revealed.

Now, a local councillor wants answers and has called for Buckinghamshire Council to prepare an interim report to clarify what happened.