A stay-at-home mum has revealed how she hunts with her nine-month-old daughter in tow.

Rebekah Stephens, 30, from Ohio hunts deer, turkeys and rabbits and carries out her controversial hobby with her little girl Isabella strapped to her back. 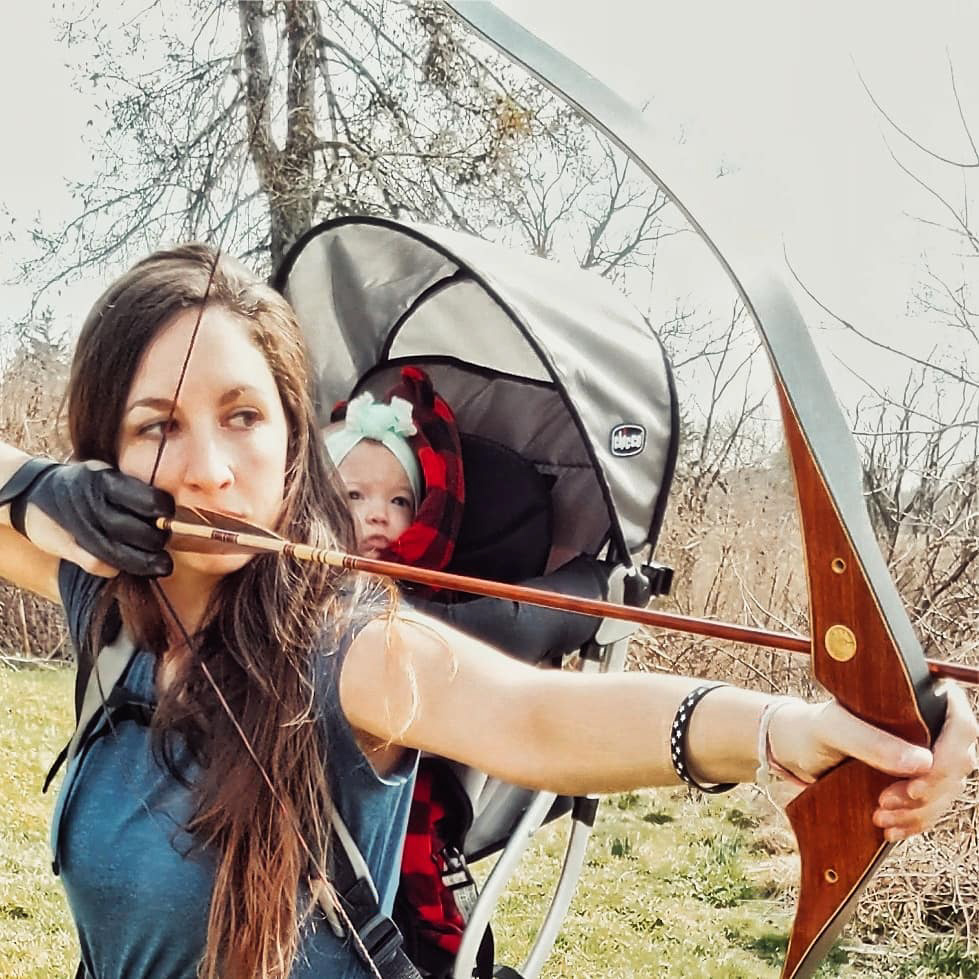 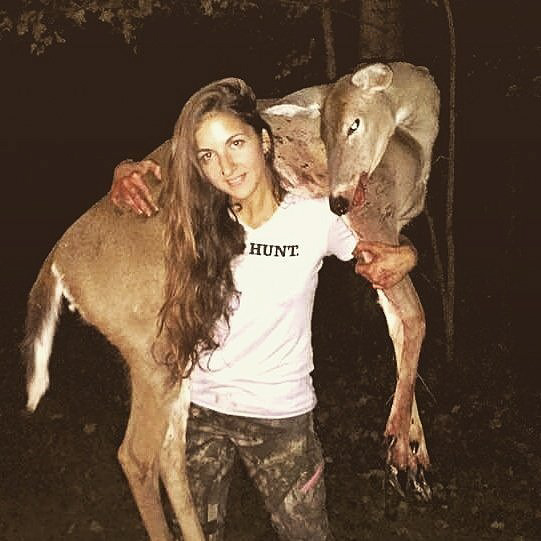 Stephens has been hunting since she was just ten and was seven years old when she accompanied her dad on a hunt.

She grew up feeding on the spoils of the animals her dad would hunt and fell in love with the traditional past-time.

Over the years she has hunted deer, turkeys, rabbits … all with a bow and arrow.

Her largest kill has been a whitetail deer which weighed over 14st 4Ib.

Her passion for hunting hasn’t diminished even when she became a mum to her nine-month-old baby, Isabella, in August 2018.

Rebekah has taken Isabella along with her during her hunts since she was born and has even bought her hunting outfits.

Her kills are used to eat or to be made into home décor and clothing.

But it's a hobby that's come with controversy and Rebekah says she just ignores the trolls.

She explained: “I was brought up in a small town in New Jersey and my father taught me how to hunt and fish at an early age.

“Even at a young age I was obsessed with the outdoors and took to it even more than my brothers. I’m extremely thankful to have a dad who thought girls could hunt too.

I'm also providing food for myself and family. Lastly, money from my hunting licence goes towards funding conservation.

“As a little kid, I knew it simply as a way of putting food on the table; we didn't buy beef, we always had deer meat. As I got older, I saw it as a way to escape the outside world and relax.

“I love everything about hunting, but I've always loved being outdoors. It's peaceful and I see so many things in the woods that others never get to see.

“I'm also providing food for myself and family. Lastly, money from my hunting licence goes towards funding conservation.

“Most recently I hunted turkey here in Ohio; you can only hunt when it's daylight, but I get up extremely early so I'm there before daylight and the turkeys don't see me walking into the woods.

“I will try to locate turkeys by listening for gobbles, and then call them in with a turkey call. You can only hunt male turkey, so the calls imitate females as spring is breeding season.

“Although I'm not sure it's a hunt I did shoot a few rabbits in the backyard and took my daughter with me. Her first official hunt was youth turkey season when I took my friend and her daughter turkey hunting.

“We had to be there before daylight, so I got my daughter up early, fed her and drove to the spot we were hunting.

“We had a ground blind (tent) set up to sit in and wait. She did extremely well for an eight-months old baby and was very quiet the whole time, for five hours. 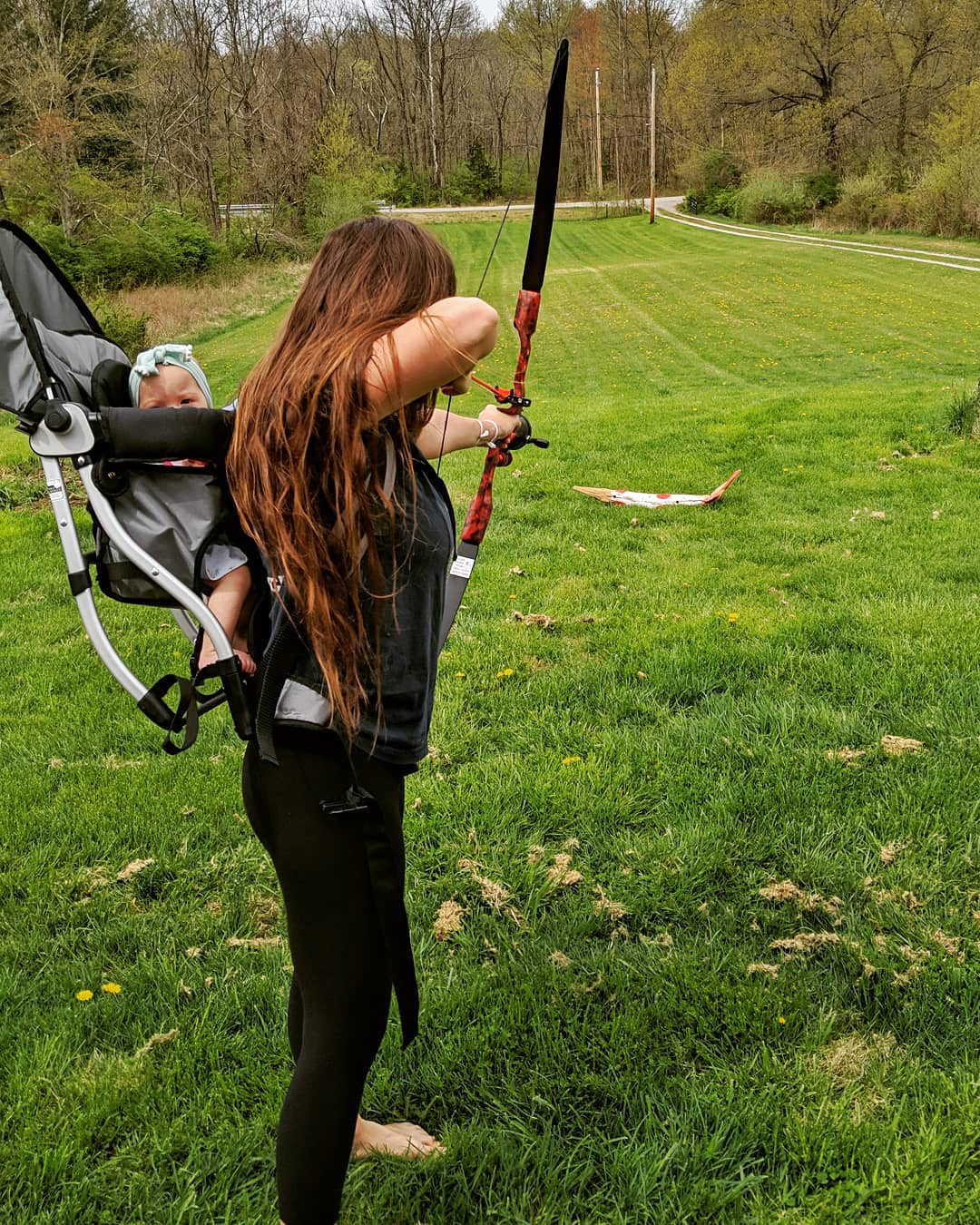 “Everything I shoot is eaten or made into something. Furs, antlers, feathers, skulls – I try to use as much as possible and I think that's important.

“As far as what I use the animal parts for; I make them into home décor, clothing, wall mounts, blankets, anything useful that I can think of.”

Rebekah says that while she has received some negative comments from strangers, since they don’t know her personally, they cannot judge.

She hopes that her daughter will pick up her hobby in the future.

“I use a bow and arrow for everything I hunt; the biggest hunt was a whitetail deer; I think my biggest buck was over fourteen-stone four pounds,” she said.

“It is hard sometimes to have patience to wait for animals; you don't always see something to shoot and can go weeks without shooting something.

“Some people love it, yet others think it is too extreme and dangerous. Some have even wished ill on my life for taking my daughter hunting.

“I get quite a few anti-hunters saying things like, ‘how would you like it if someone hunted you and your baby’ and other things along the lines of, ‘how can you teach an innocent baby such horrible things like hunting?’

“I try not to let it bother me; it can be tough at times, but strangers online don't know me so really cannot judge me.

“Hands down the best comment was from someone who lets me hunt in their property. He said that he thought it was great that I was getting my daughter involved in the outdoors at such a young age and that it was great that I hadn't stopped doing what I was passionate about just because I had a child.

“There is always much respect in taking a life. If you haven't been in my shoes and lived this lifestyle, you really can't judge what is best.” 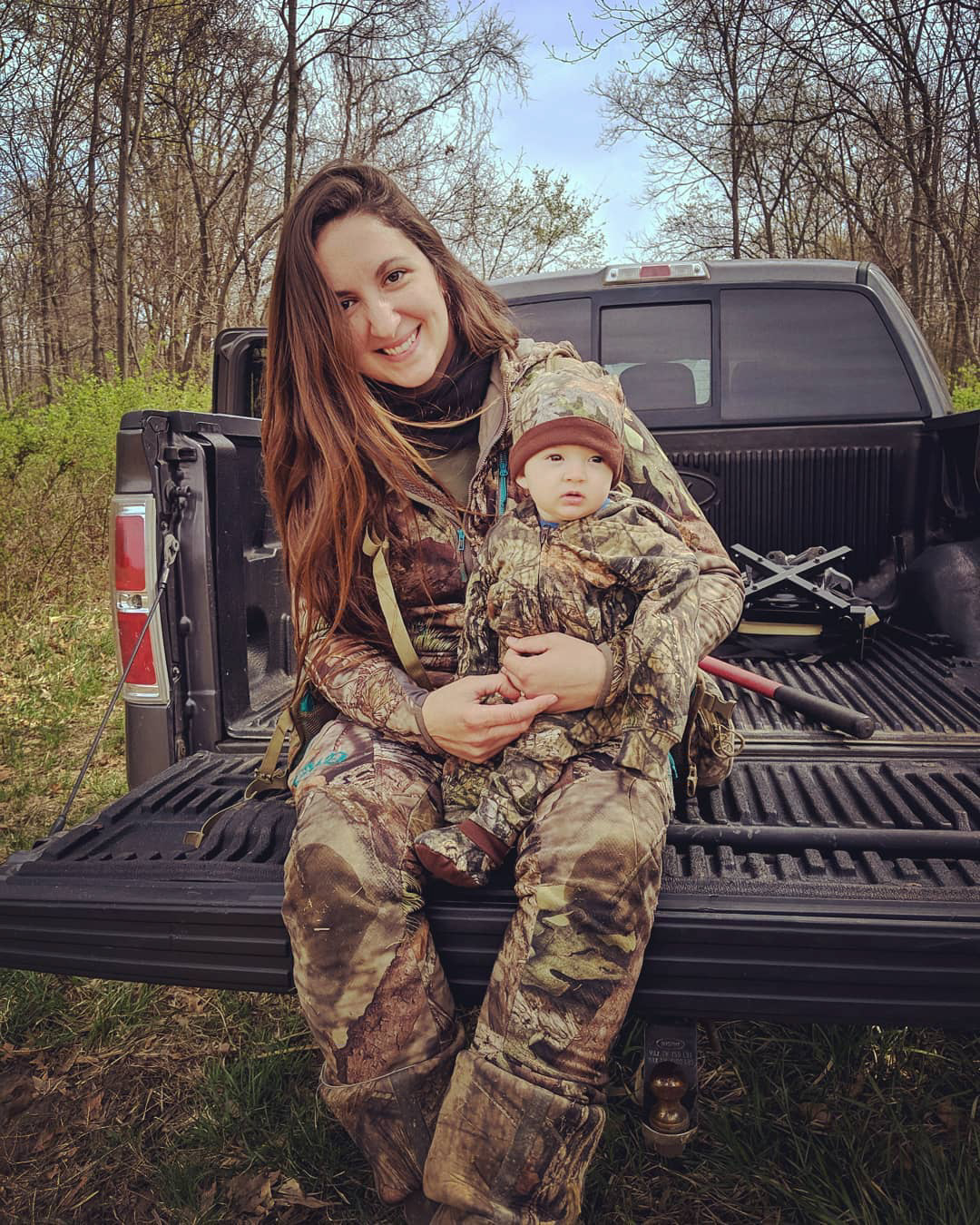 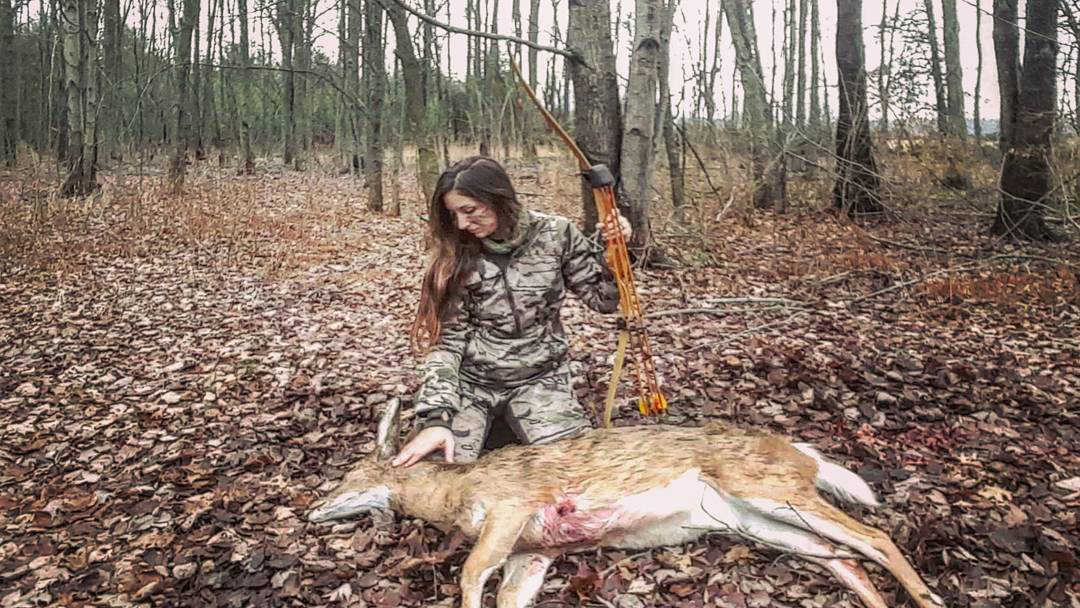 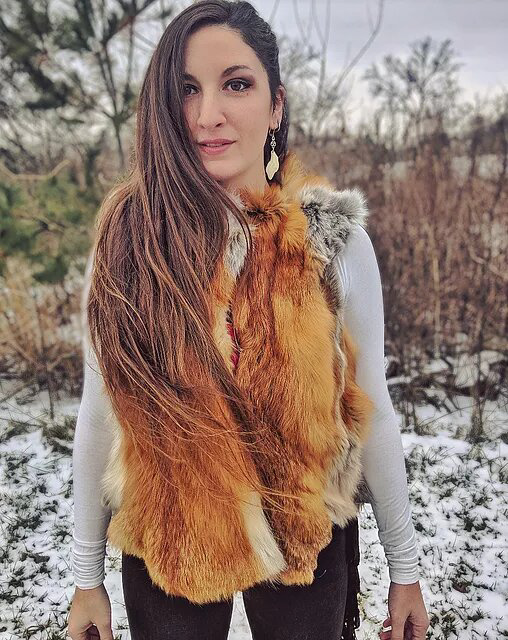 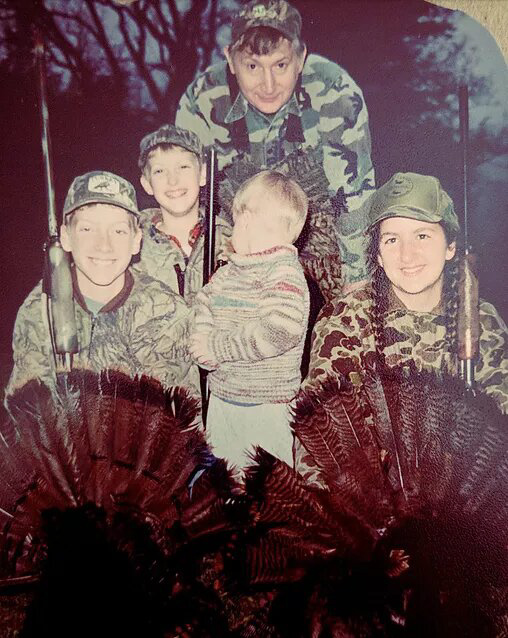 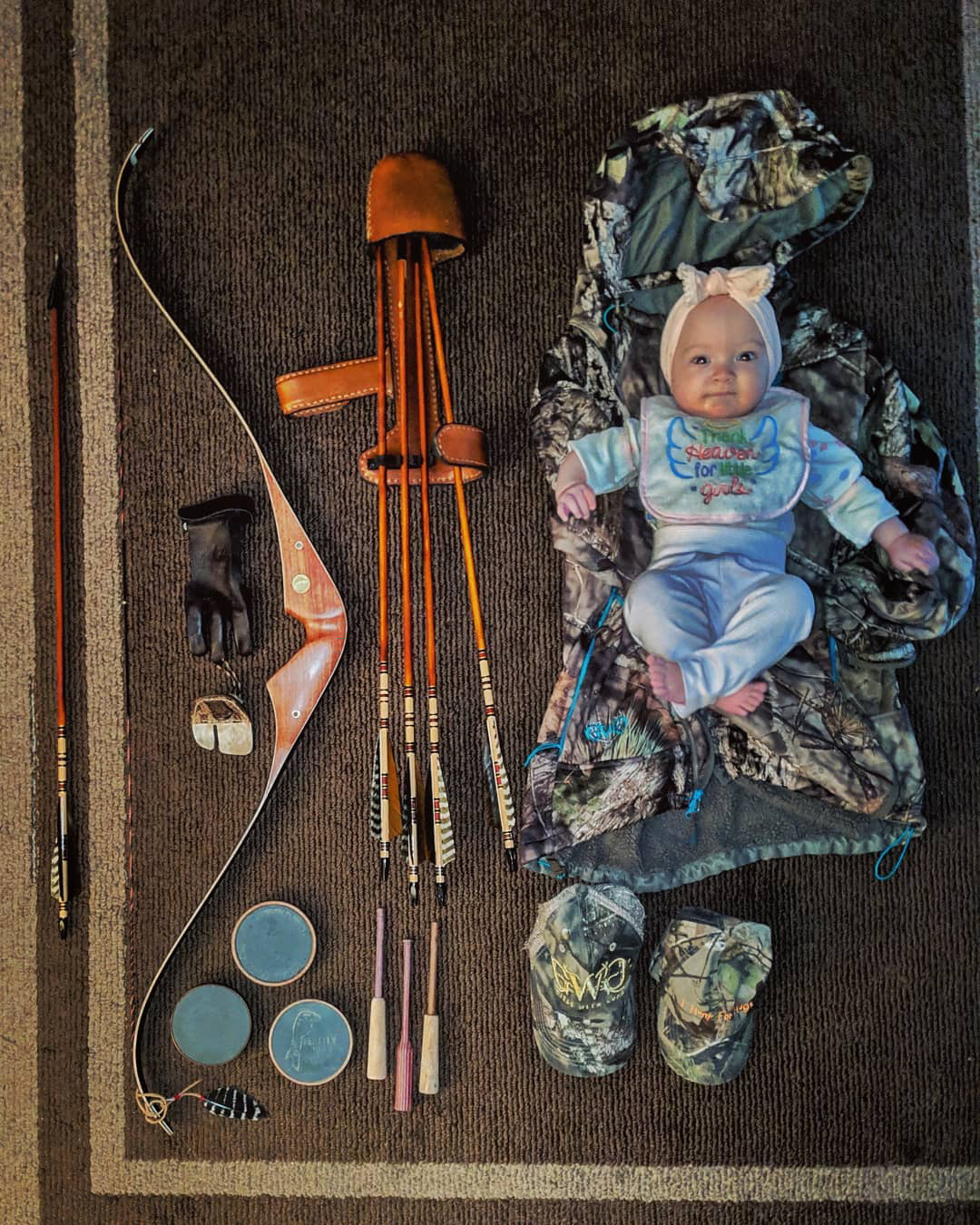 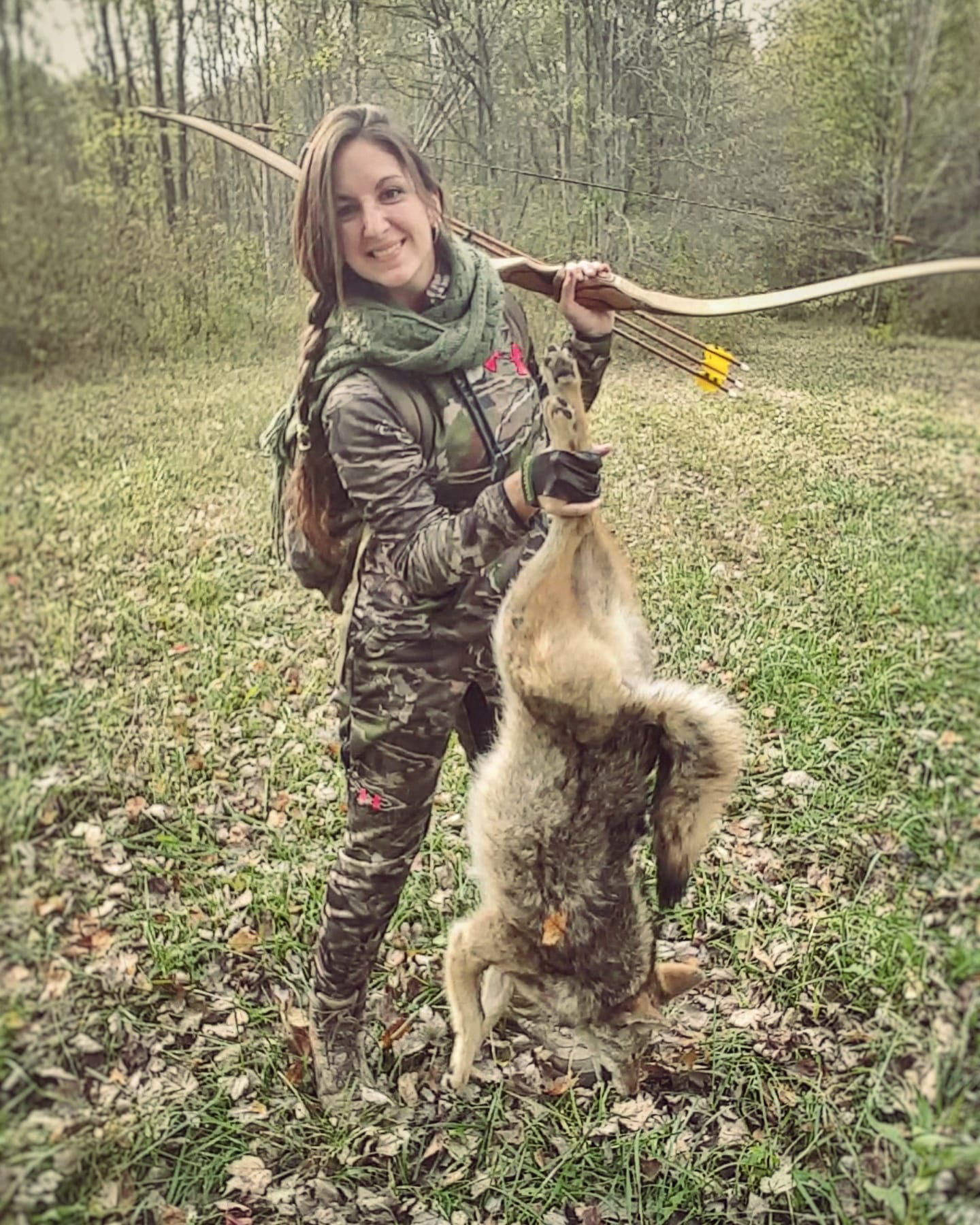 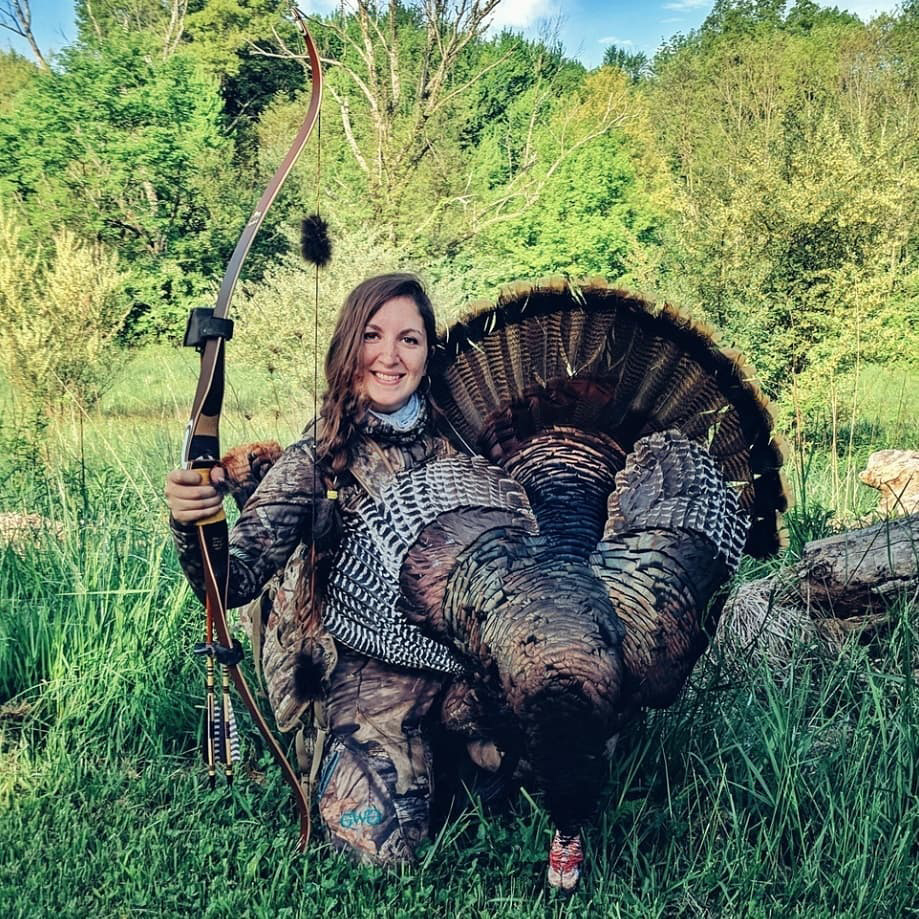 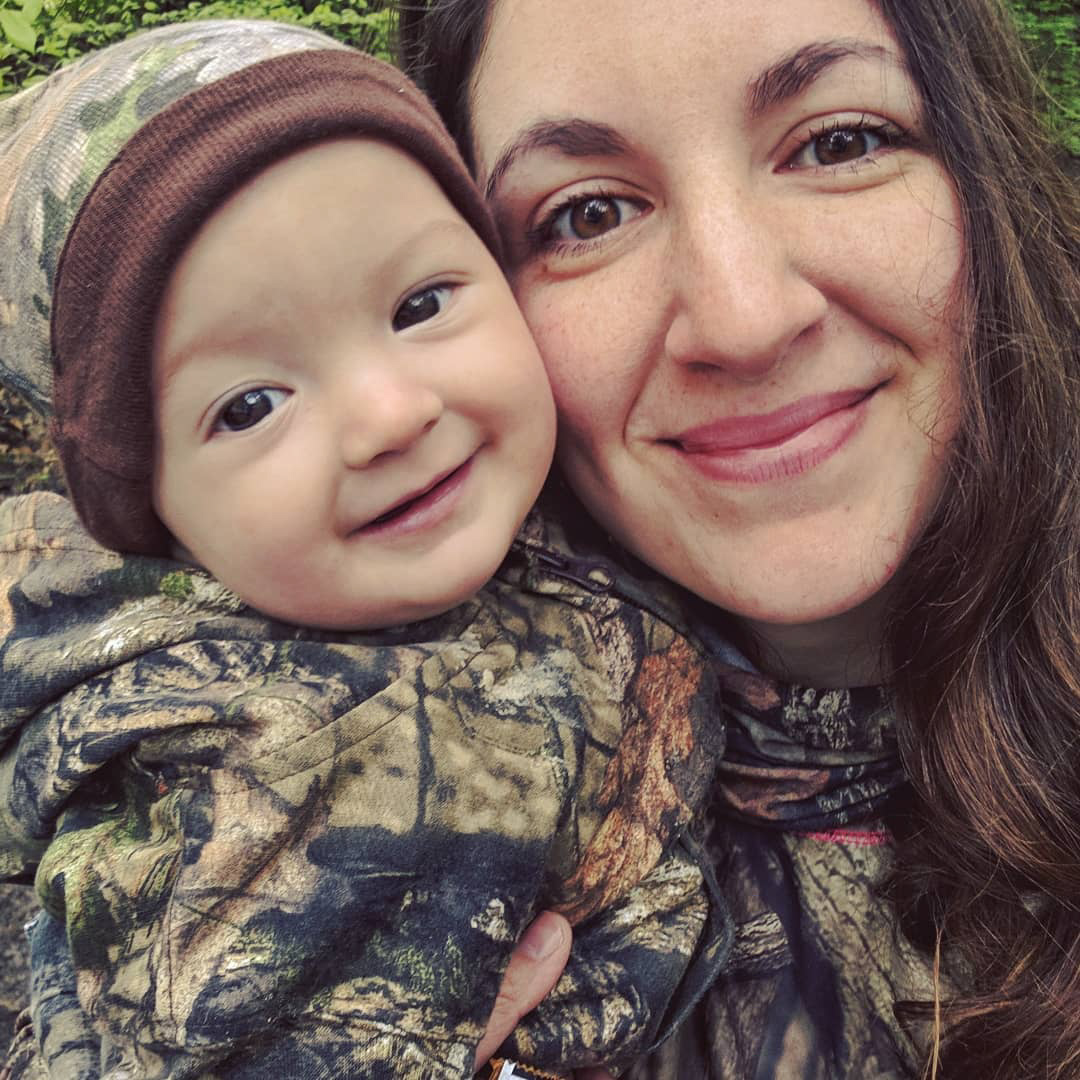 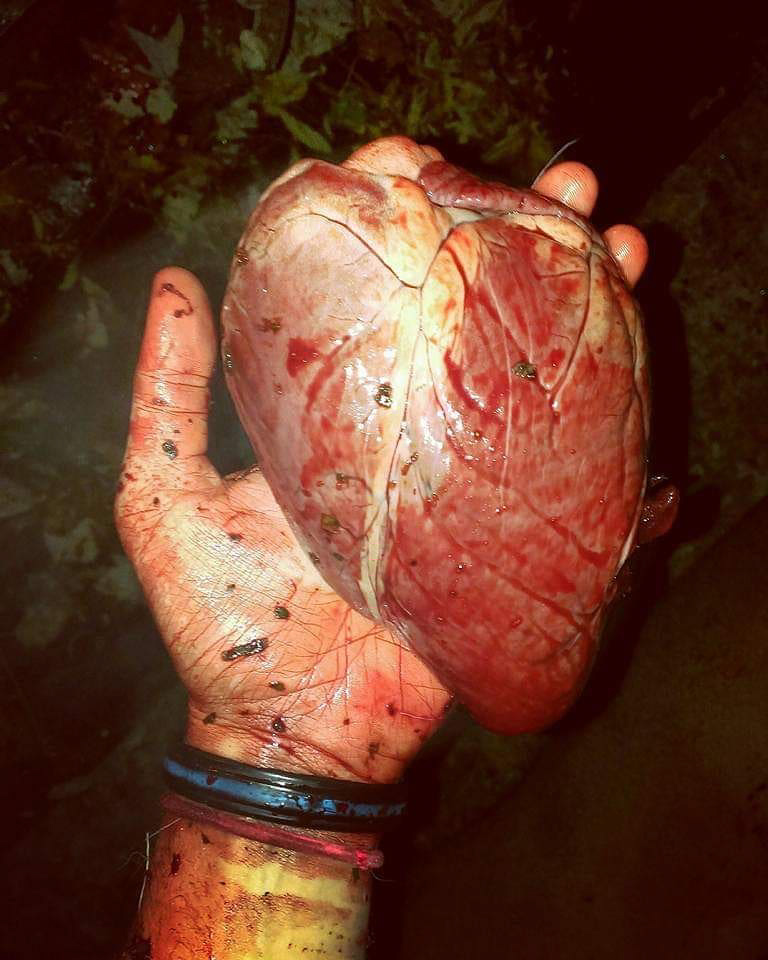 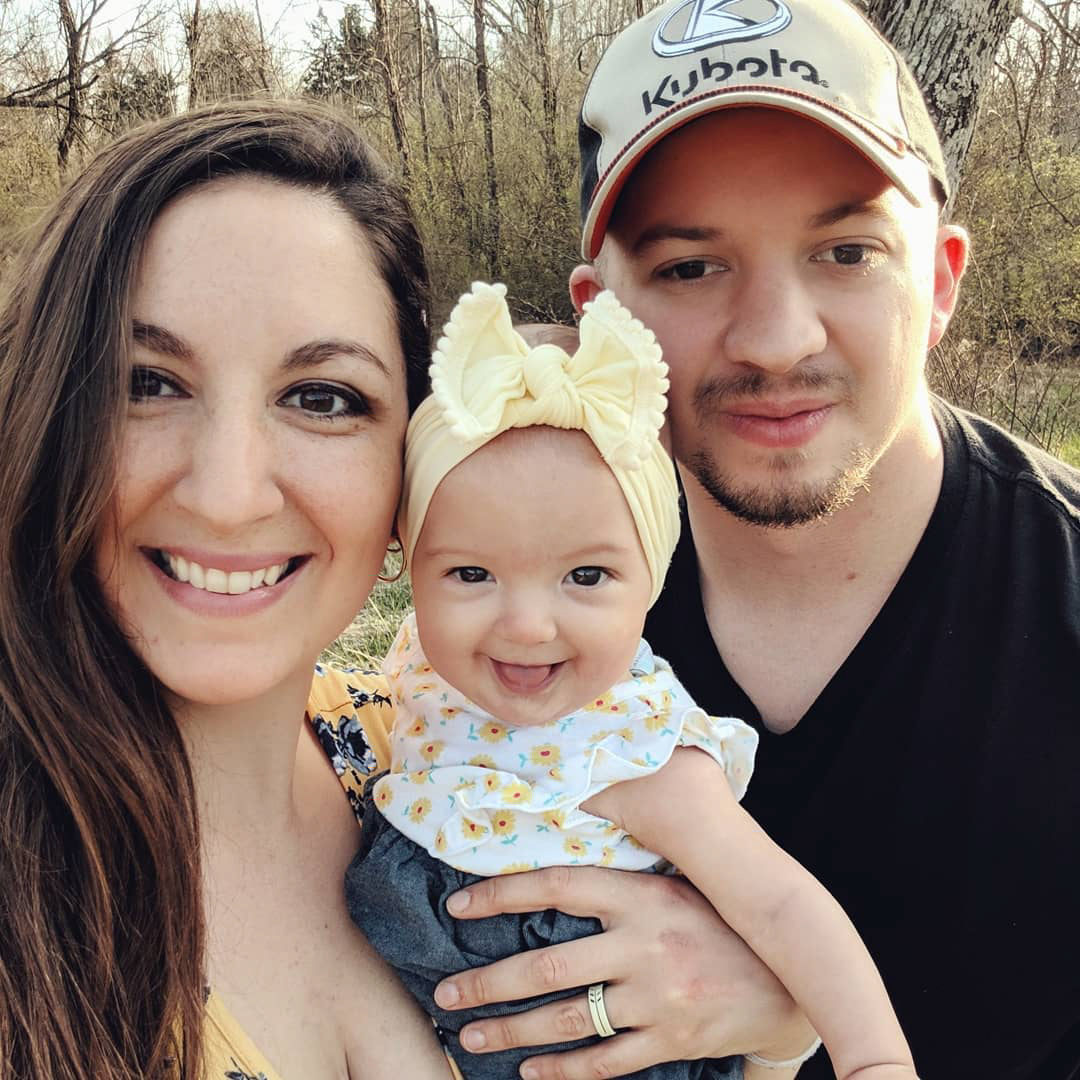 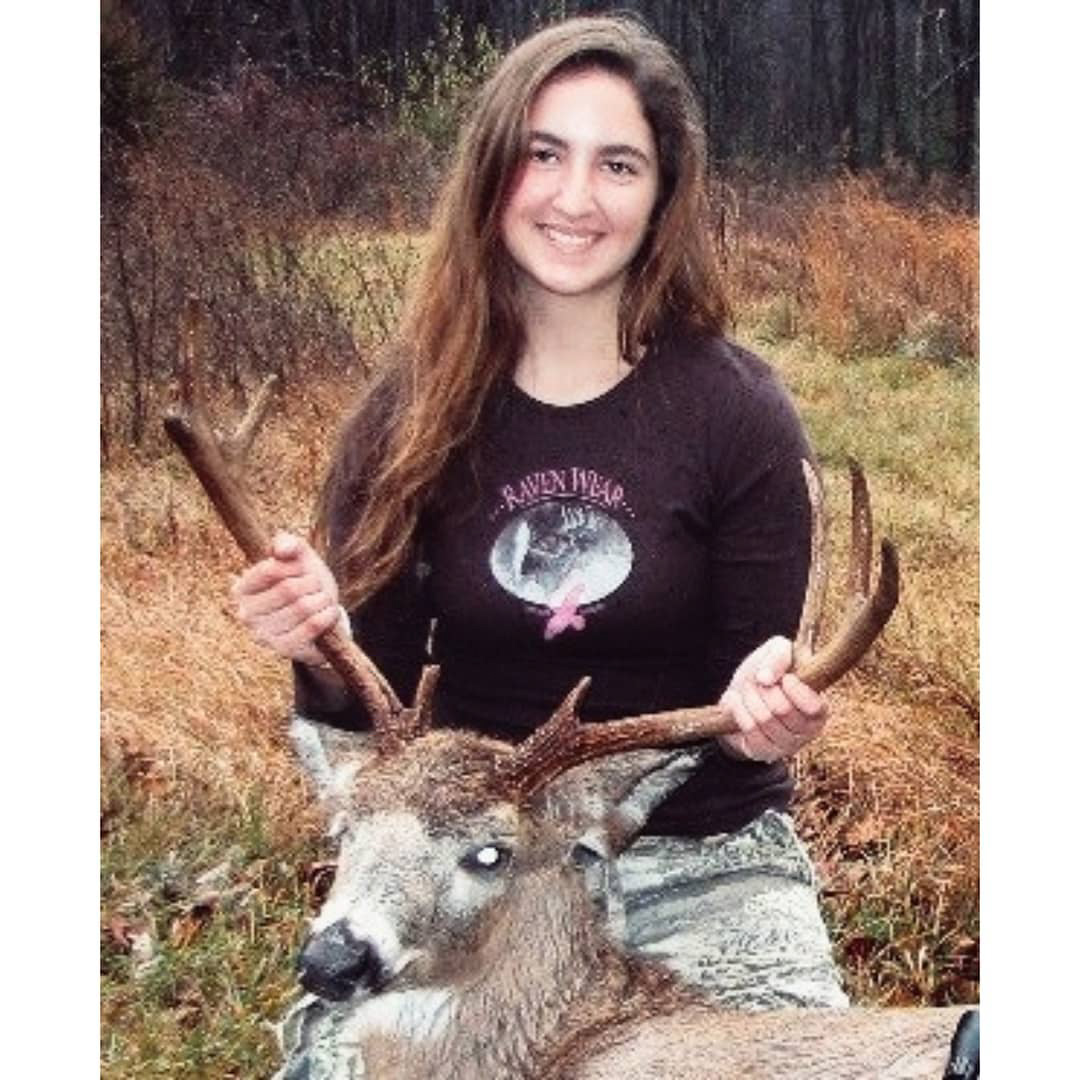