‘We’ve had stability for all of five minutes’: I’m A Celeb stars blast Matt Hancock for entering the jungle as he insists ‘Rishi’s great, he’ll be fine’ and ‘stability’ has been restored in politics

I’m A Celebrity stars have blasted Matt Hancock for entering the jungle as he insists that ‘Rishi’s great, he’ll be fine’ and ‘stability’ has been restored in politics.

Campmate Charlene White told the former health secretary: ‘We’ve had stability for all of five minutes Matt’, after he made the claim on the ITV show.

Rishi Sunak was among those to join the criticism of Mr Hancock, who had the Conservative Party whip removed following the announcement that he would be participating.

The Prime Minister said he was ‘very disappointed’ in the MP’s decision.

His move was widely criticised across the political spectrum, coming at a time of political turbulence following the resignation of Liz Truss as prime minister and the re-appointment of a cabinet under new premier Mr Sunak. 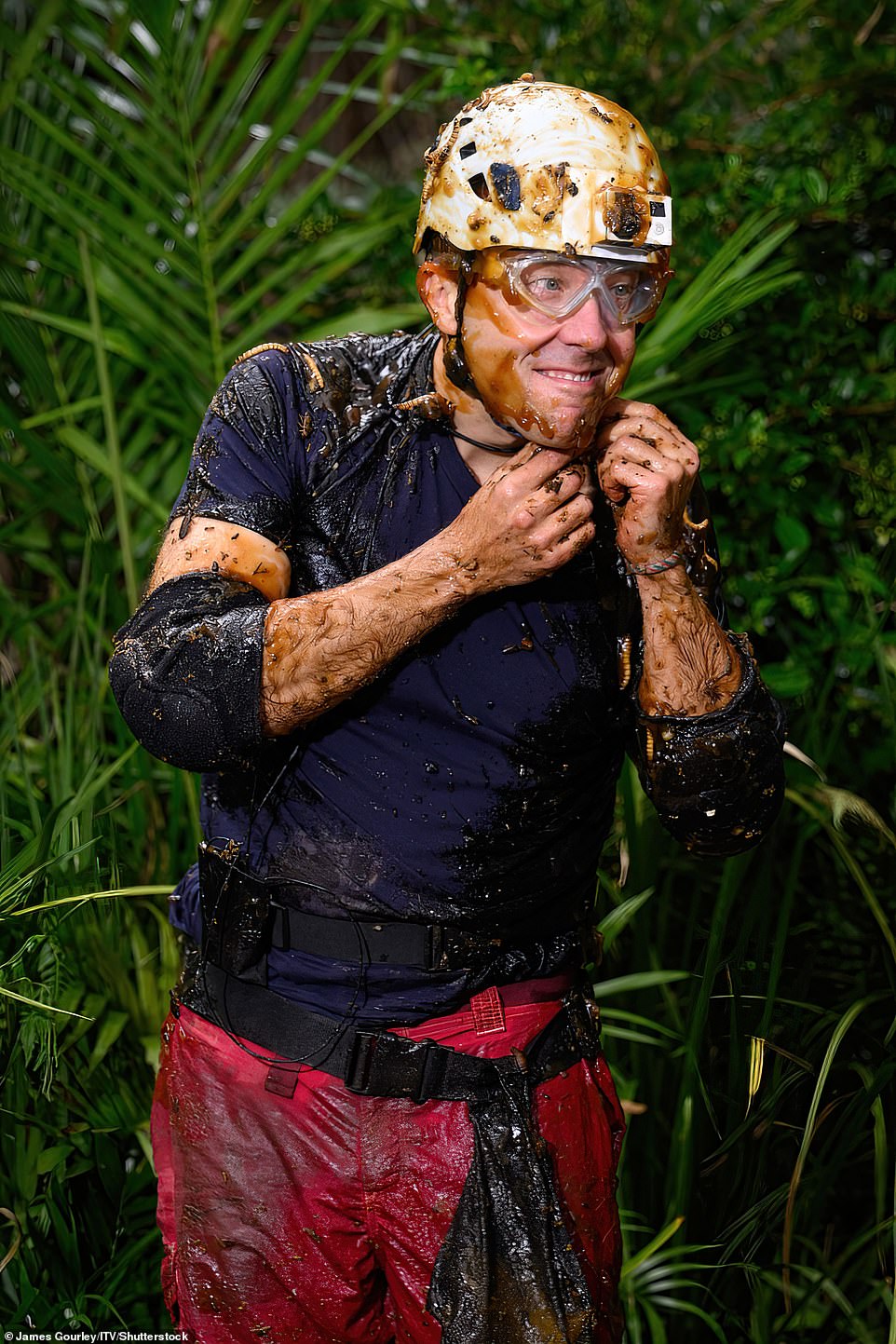 Matt Hancock, 44, admitted that he understood why people might be ‘angry’ at his decision to join the reality TV show 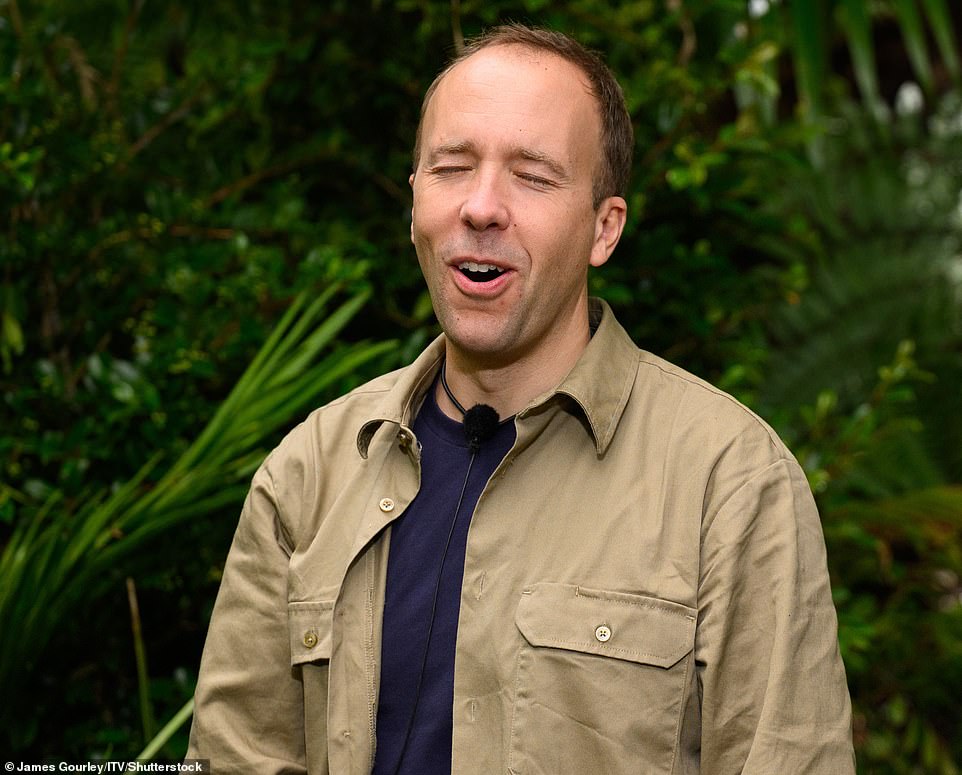 ‘Cringing’: ITV viewers were left less than impressed as Matt Hancock sang Ed Sheeran on I’m A Celebrity…Get Me Out Of Here! on Wednesday evening’s show 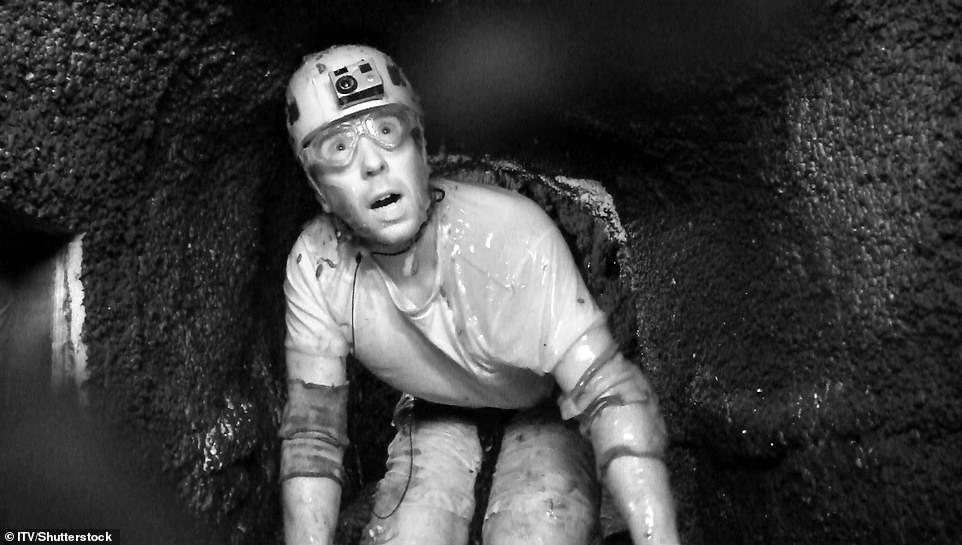 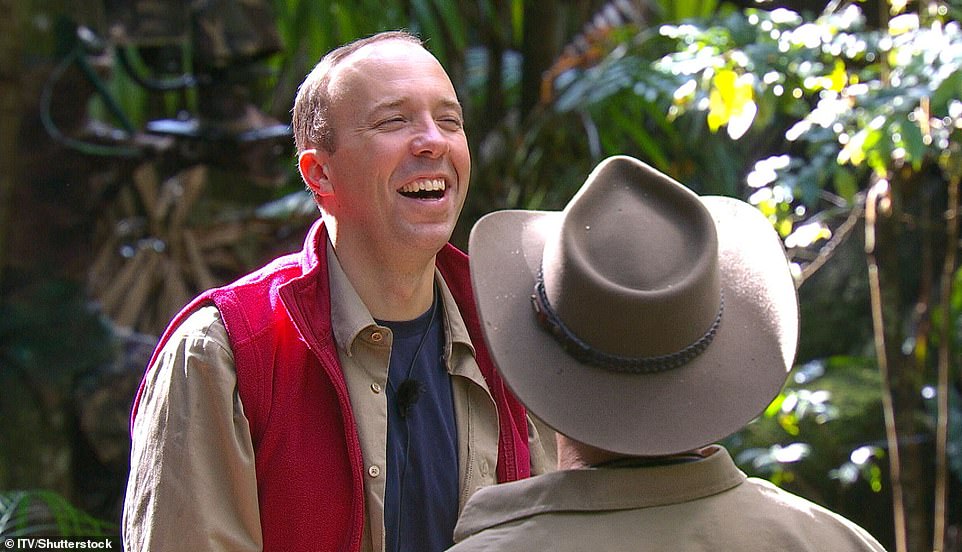 Funny: The comedian, 36, entered the camp alongside the ex-Health Secretary, 42, who hilariously slipped on the bridge on arrival 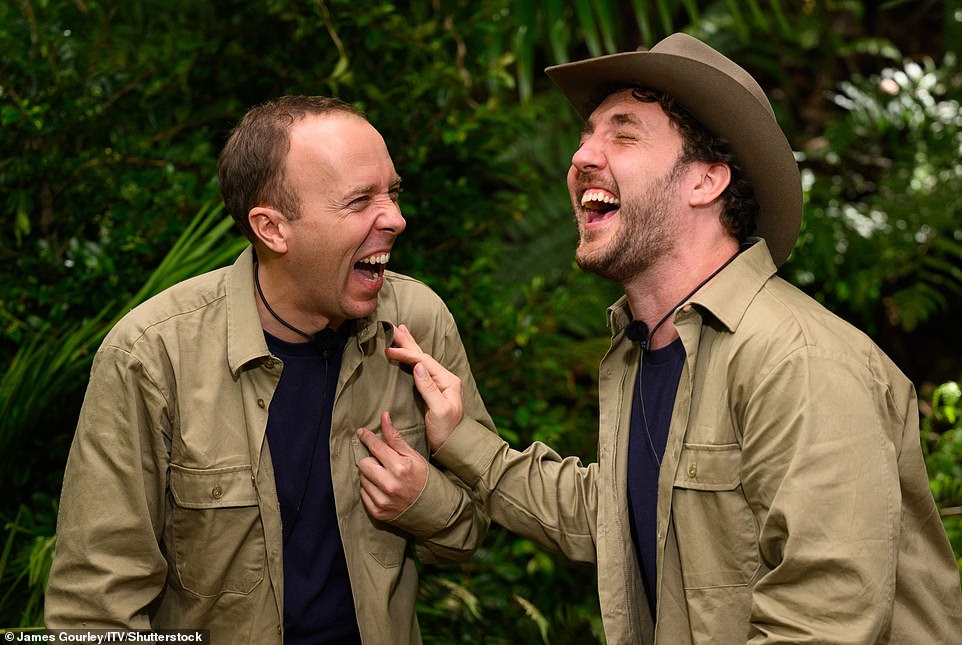 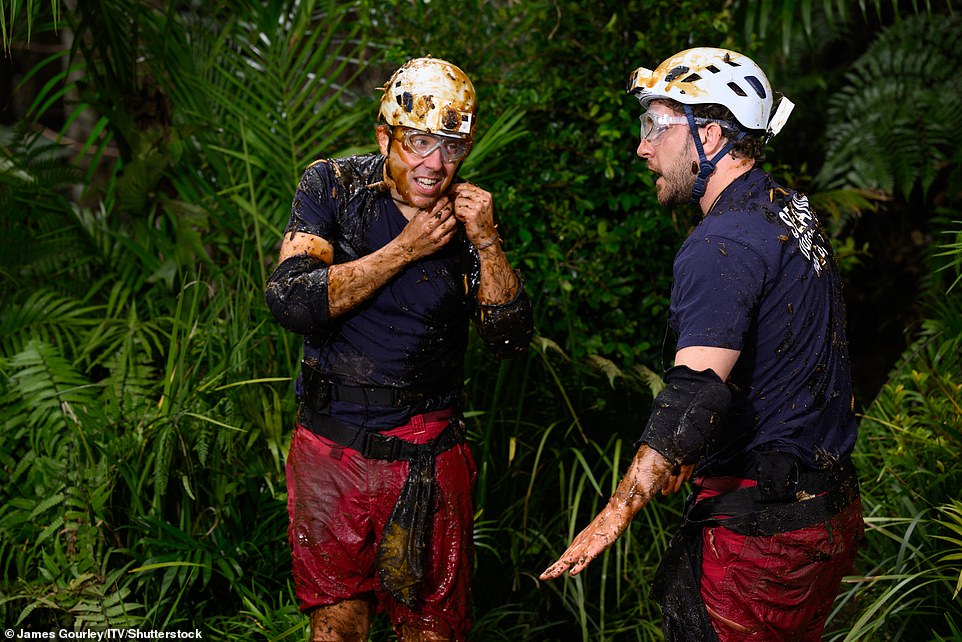 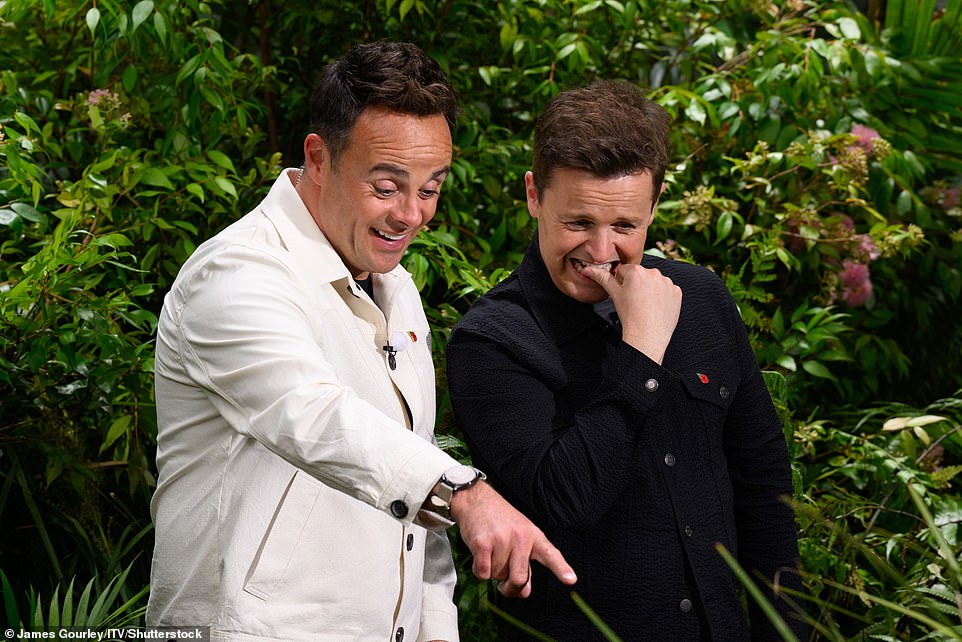 Home secretary Suella Braveman has faced questions over her management of Kent-based migrant processing centre Manston, and Mr Sunak has been embroiled in rows over reappointing her to the role following a data breach via her personal emails.

During Wednesday’s show, presenters Ant McPartlin and Declan Donnelly poked fun at the the West Suffolk MP and wider goings on in UK politics.

At one point Dec said: ‘Now, just 18 months ago, Matt Hancock was a member of of the cabinet. Creating policy, liaising with the Prime Minister, even running his own ministerial department.’ 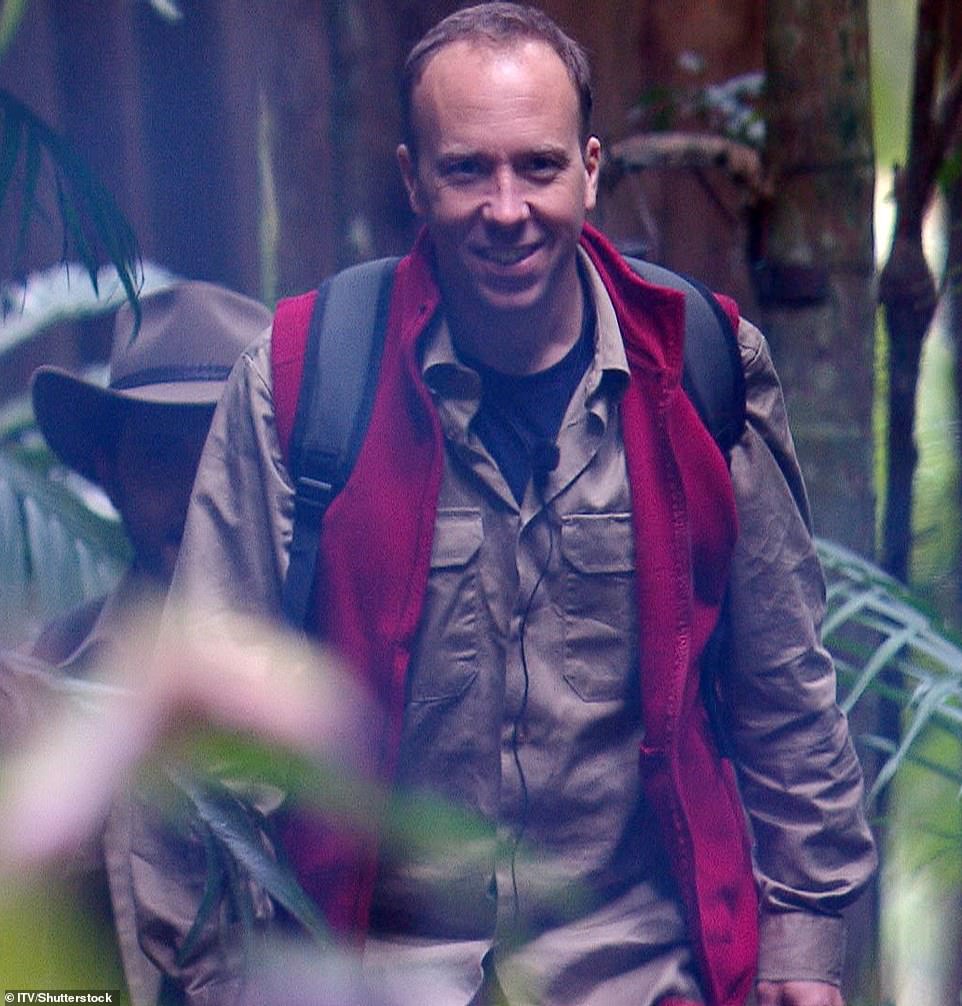 I’m A Celebrity stars have blasted Mr Hancock (pictured) for entering the jungle as he insists that ‘Rishi’s great, he’ll be fine’ and ‘stability’ has been restored in politics 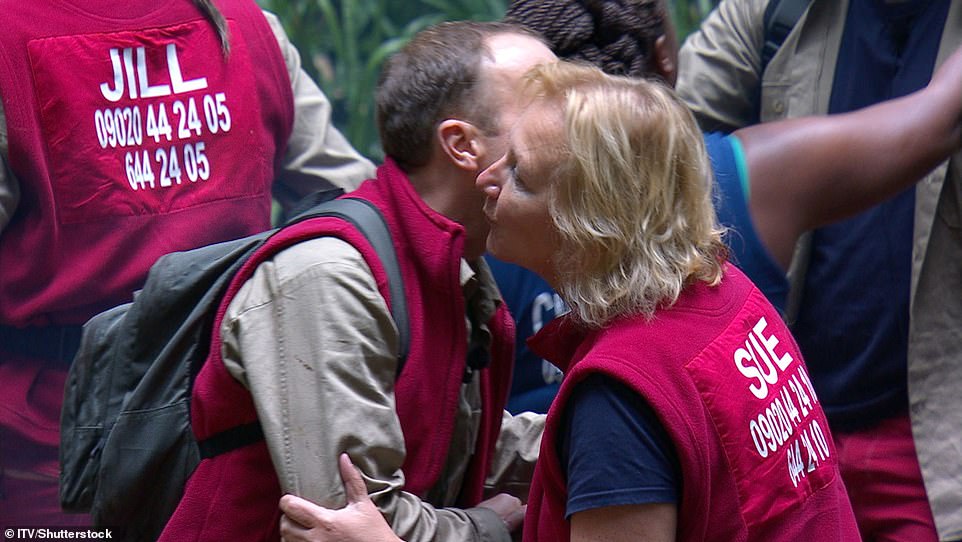 Welcome: The campmates greeted Matt but soon made their opinions known when he was out of earshot 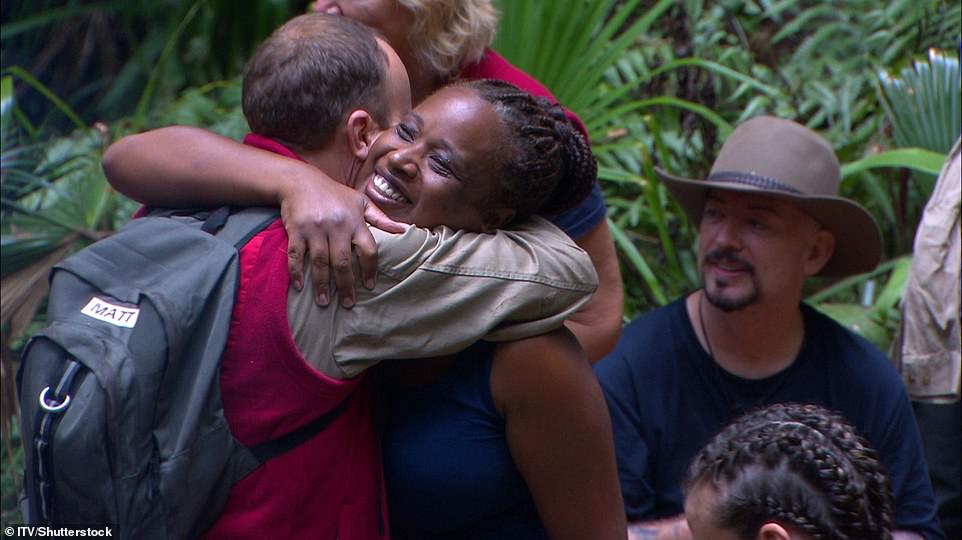 What is going on! The campmates couldn’t hide their reactions to Matt’s arrival 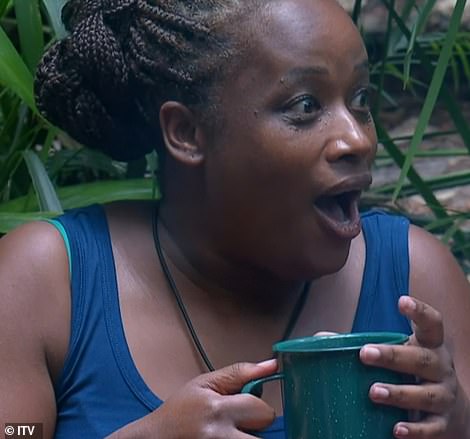 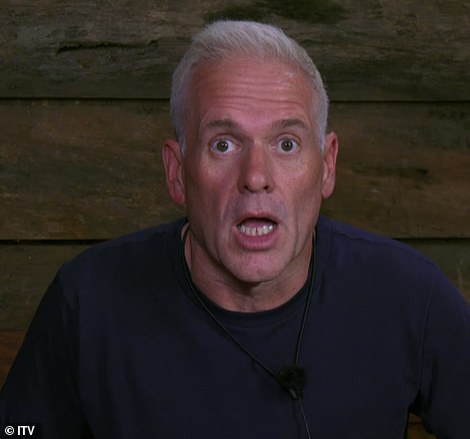 Shocked: The other campmates were gobsmacked at the MP’s entrance on the show and were not shy about making their opinions known 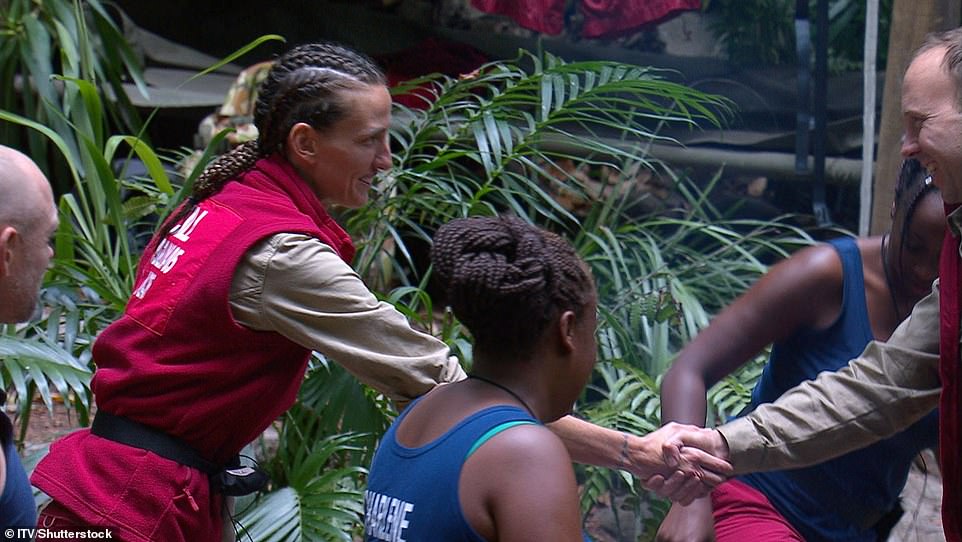 Grilling: The celebrities didn’t hesitate to quiz Matt on his reasons for coming to the jungle, with him saying he had something to prove and wanted to show politicians were ‘human’ 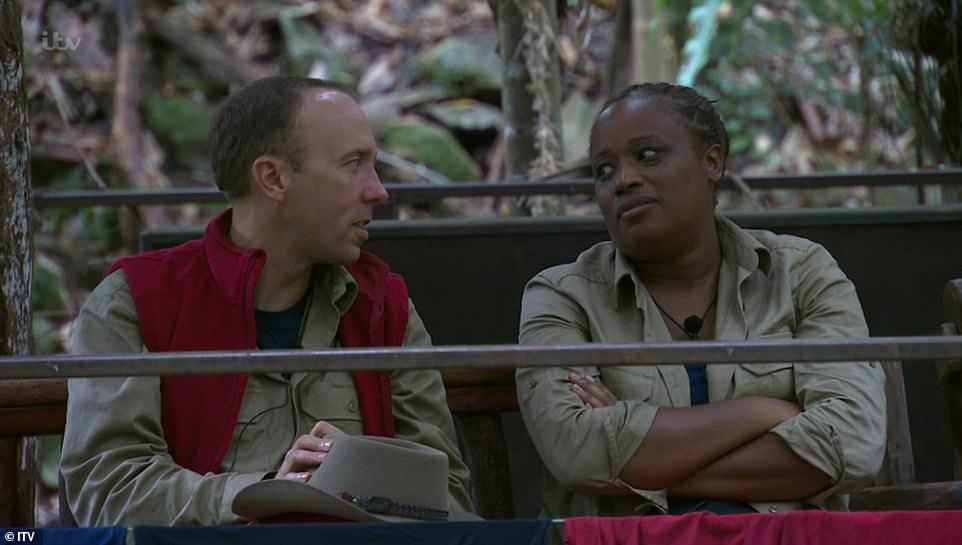 Ms White took the opportunity to grill Mr Hancock and asked him: ‘So why did you do it?’ 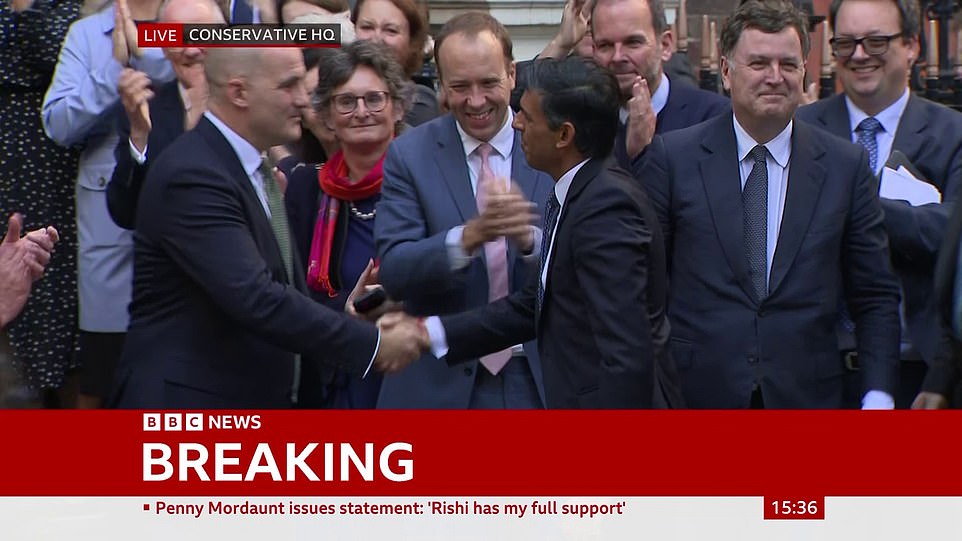 Mr Sunak seemed to snub former Cabinet minister Matt Hancock (pictured centre) as he arrived at CCHQ, passing straight by as he shook hands with other MPs

To which Ant added: ‘Now he’s sitting on a log, next to a giant toy mole with a flashing red nose, having just rinsed a load of cockroaches out of his bum crack.’

Dec said: ‘A week really is a long time in politics isn’t it?’

As he arrived, stars of the jungle failed to hide their emotions.

Chris Moyles quipped that he had to take a second look, while Mike Tindall branded every word out of Mr Hancock’s mouth as ‘bull****’ and Boy George even threatened to leave over his new campmates appearance.

The celebrities didn’t hesitate to quiz Mr Hancock on his reasons for coming to the jungle, with him saying he had something to prove and wanted to show politicians were ‘human’.

Babatúndé Aléshé admitted he was struggling with Mr Hancock’s arrival and explained that it was hard to ‘put his views aside, he said: ‘I’m not saying certain people can’t come into camp…’ 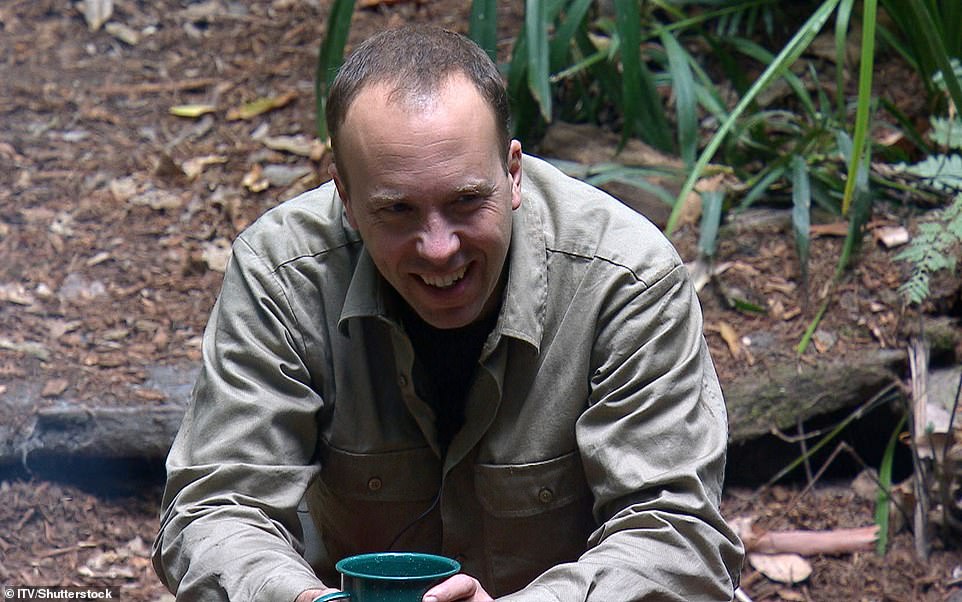 Mr Hancock said: ‘I genuinely think that because we’ve now got sort of stability that is…’ 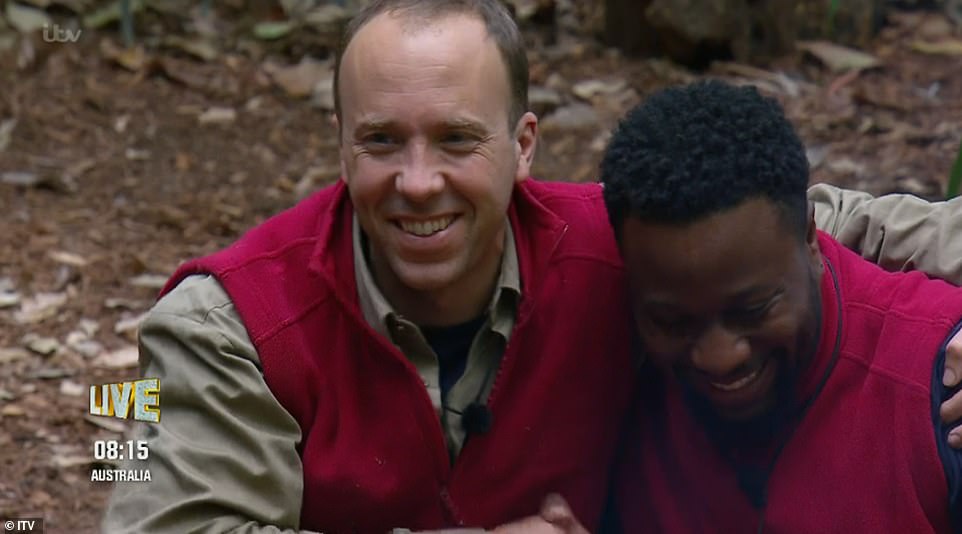 Surprise surprise! It came as no surprise that Matt was voted by the public to do the gruesome underwater challenge on Thursday night

Later speaking to Owen Warner, he added: It’s hard to kind of like push your views aside, it really is, because of the many people whose lives have been affected.

Sue Cleaver said to Boy George and Mike Tindall about Mr Hancock: ‘He sticks out like a sore thumb.’

Ms Cleaver said: ‘He must be very nervous…’

Boy George added: ‘I could hear it in his voice.’

In a conversation with fellow campmate Charlene White, the MP for West Suffolk told the journalist and TV presenter he took the decision to join the show because there is now ‘stability’ in UK politics.

Mr Hancock told Ms White: ‘If I can use this to sort of peel myself back a bit and just be me, it’s better.’ 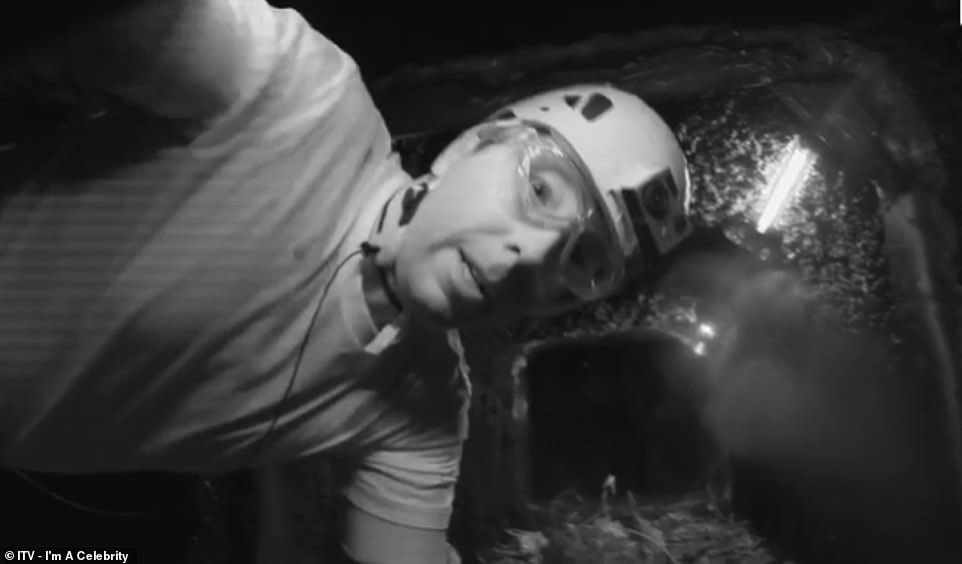 Elsewhere in the episode, Mr Hancock and Seann Walsh completed their first trial for camp, earning six out of 11 stars 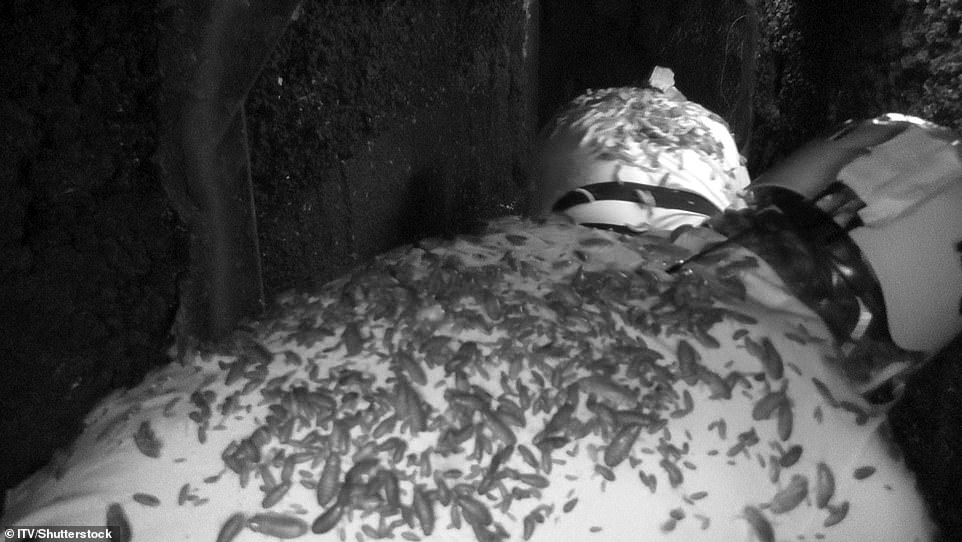 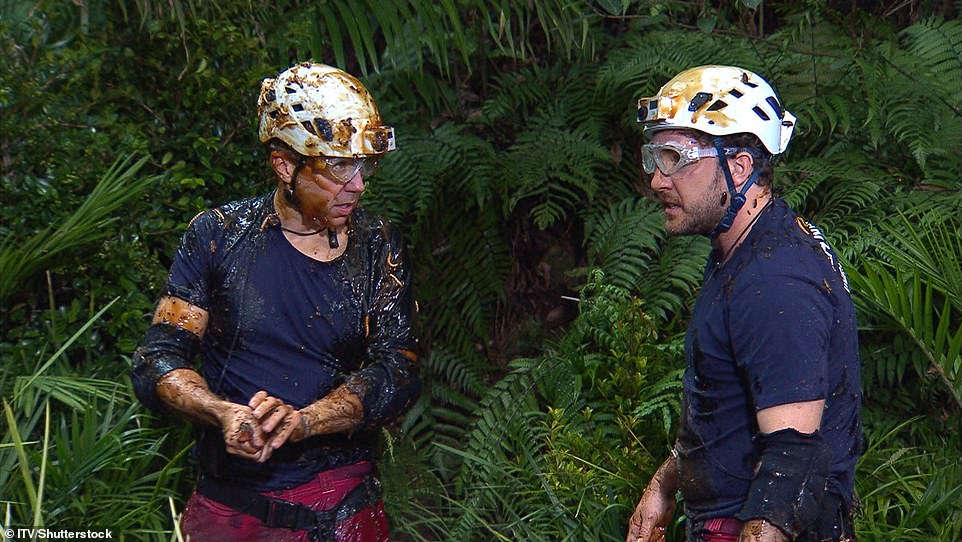 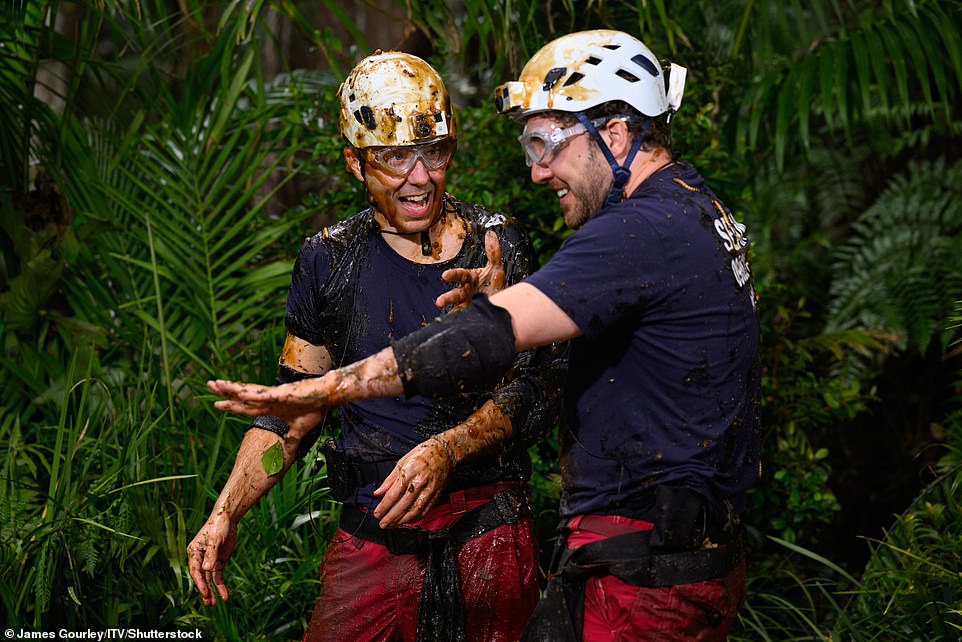 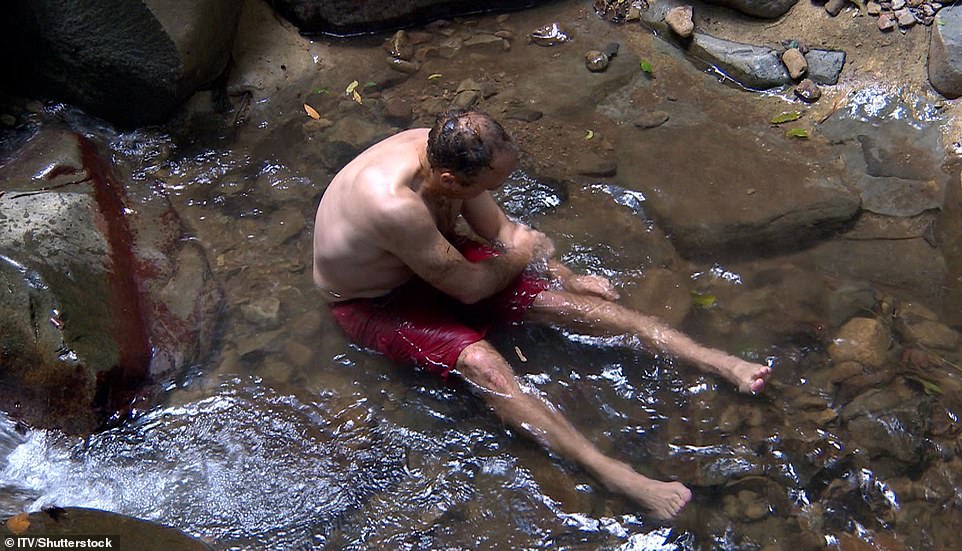 She replied: ‘But I can imagine it would not have gone down well at all at home? You have to expect that because Parliament is still sitting, we’re not in recess, you know…?’

He told her: ‘I genuinely think that because we’ve now got sort of stability, that is…’

Ms White said: ‘We’ve had stability for all of five minutes Matt.’

Asked why he joined the show, Mr Hancock said: ‘Because there’s, honest truth, is because there’s so few ways in which politicians can show that we’re human beings, so I just thought it would be good to do that. I’ve got a sense of adventure.’

Ms White asked: ‘So you kind of want people to see you for you?’

M Hancock admitted: ‘I hope so.’

Ms White said in Telegraph: ‘Matt has a tough hill to climb, but he’s put himself on that hill and for me as a journalist, I have to ask him why?’

Asked by Ms White if he could understand if people were not happy about his appearance, he said: ‘I understand that but I also… of course I get that, right. But I also just think that sometimes you’ve got to do things differently.’

Ms White said: ‘I’m not sure going on I’m A Celebrity is the way to do it but you’re doing you and it’s a decision you’ve made and honestly it will be fascinating just to see.’

And unconvinced Ms White in the Bush Telegraph said: ‘Politicians do tend to use that line, ‘I feel as though the public need to know the real me’. I’m not necessarily sure a reality TV show is the way to do that.’ 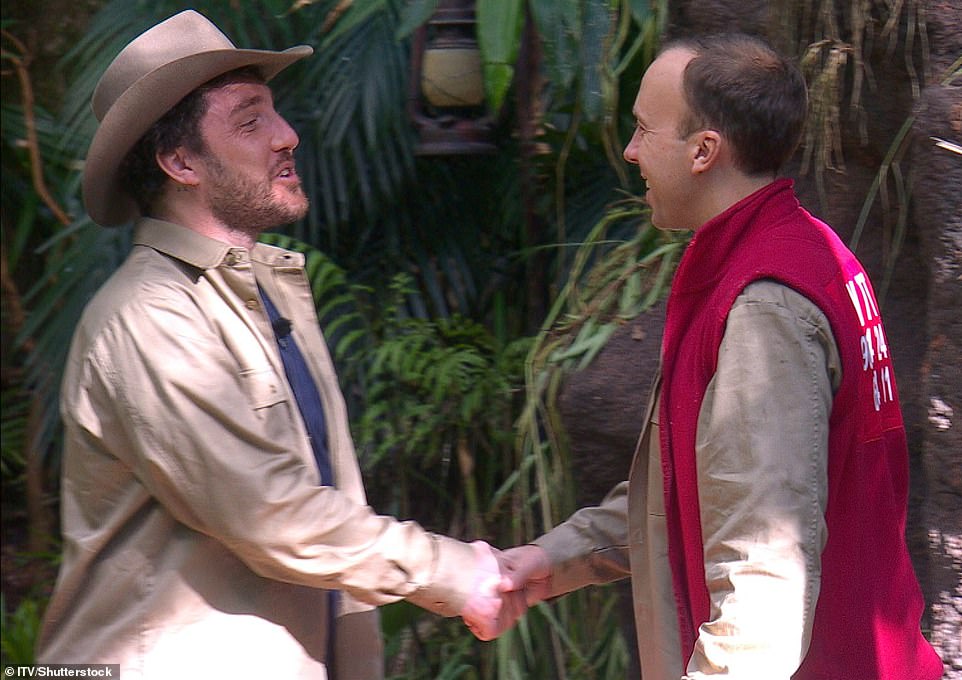 Hilarious: Seann Walsh couldn’t contain his laughter on Wednesday nights episode of I’m A Celebrity Get Me Out Of Here! as he realised his campmate is Matt Hancock

After their chat, Boy George and Chris Moyles asked Ms White how it went.

Ms White replied: ‘Oh, the same reasons politicians give every time they do these kinds of shows… ‘you need to know who we are behind the political mask’ kind of thing.’

Ms White said: ‘I asked that. ‘The government’s in a good place’. I was like, Rishi’s only been in five minutes, so how can you know that?’

Mr Moyles continued: ‘What about his constituents?’

Campmate Boy George has said he would have left I’m A Celebrity… Get Me Out Of Here! after Matt Hancock’s arrival if his mother had died during the pandemic.

During a conversation with TV presenter and property expert Scarlette Douglas, the Culture Club frontman, whose real name is George Alan O’Dowd, said: ‘You know, beginning of the pandemic my mum was in hospital.

‘I wasn’t allowed to see her. I thought she was going to die. I was tweeting Greenwich hospital going, ‘Please look after my mum’.

‘I used my name, I was like, ‘Please look after my mum’. And they did, she was fine.

‘I feel like, I don’t want to be sitting here like I’m having fun with him. It’s difficult for me because, you know, had something happened, if my mum had gone, I wouldn’t be here now. I would have gone when he walked in.’

Boy George, 61, continued in the Bush Telegraph, adding: ‘If I had lost my mum, I would go.

‘And I feel a little bit selfish, you know, just kind of, everyone’s so nice to him and I was like, Jesus, what we gonna do? 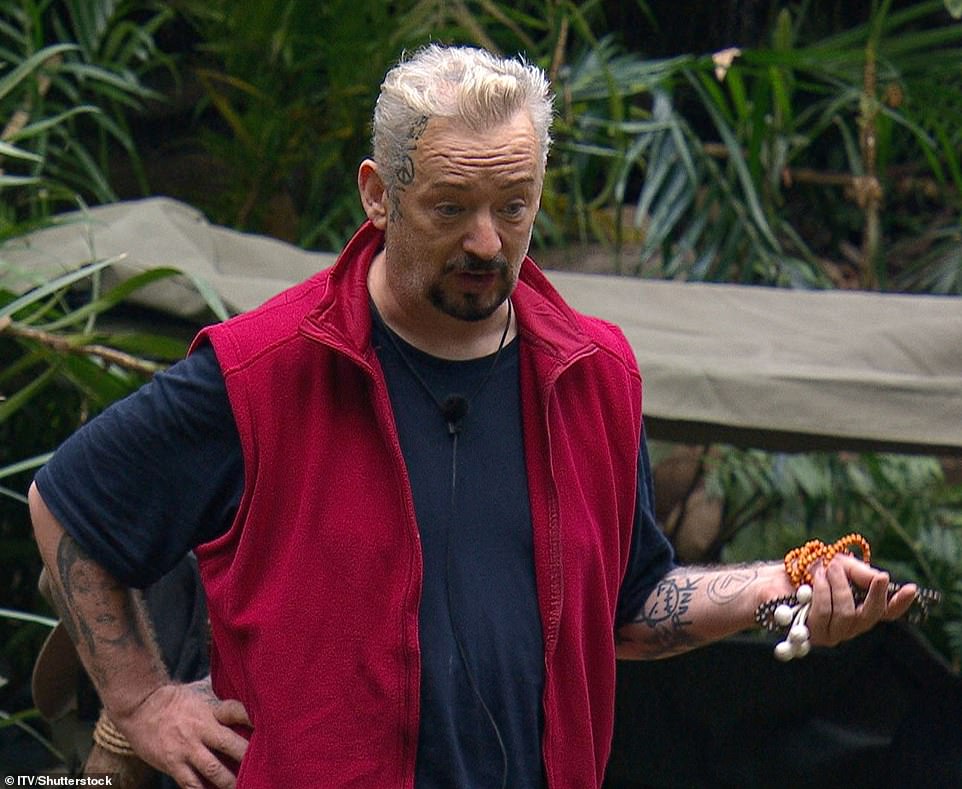 Campmate Boy George (pictured) has said he would have left I’m A Celebrity… Get Me Out Of Here! after Matt Hancock’s arrival if his mother had died during the pandemic 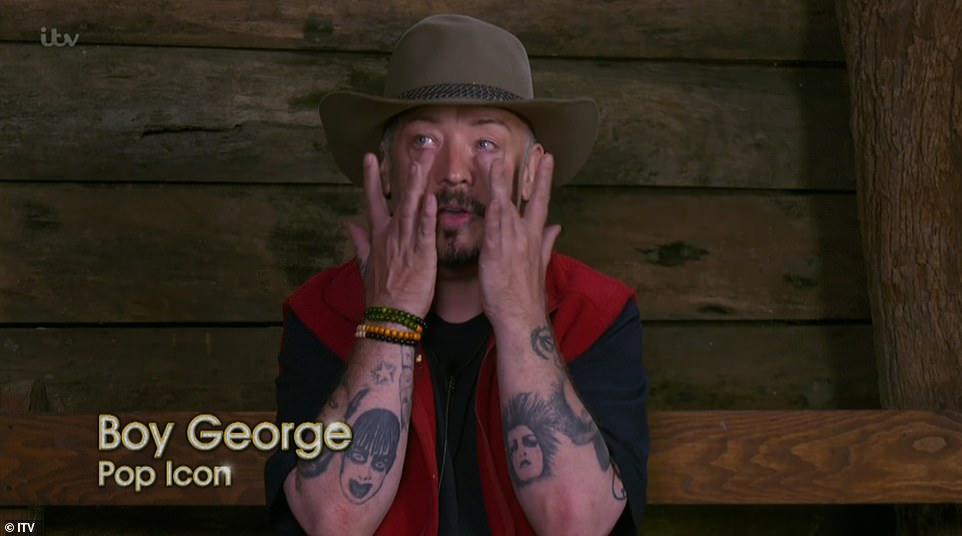 Upset: Boy George in particular found himself conflicted and worrying whether he wanted to remain in the jungle

‘I don’t want to spoil this experience for myself. I’m not good at hiding what I feel. Especially when it’s something so strong.’

Ms Cleaver wisely told him: ‘I think sleep on it tonight. Why he came in and what he’s doing here, is not our responsibility and it’s not for us to take on.’

Mr Hancock entered the jungle as a late arrival alongside comedian Seann Walsh, with the pair undertaking the Beastly Burrows Bushtucker Trial shortly after their entrance, earning six out of 11 stars.

The pair then entered a secret camp dubbed Mole HQ, where they discovered they would be undercover moles in the main camp and were given a series of secret missions to undertake to earn the campmates their luxury items.

They successfully stole a hat and gilet, pretended to be a bird expert and called Mr Moyles ‘Greg’ three times.

They were rewarded with a cherry bakewell each and a flask of tea, before being told their challenge would continue.

During an early conversation with comedian and fellow campmate Seann Walsh about his Blink-182 tattoo, Mr Hancock admitted that he did ‘not really’ know who the US rock band — whose hit All The Small Things reached number two on the UK charts in 2000 — were.

At the end of the episode, Ant and Dec arrived in camp to tell the celebs who would be doing the next trial, Tentacles of Terror.

It came as no surprise that Mr Hancock was voted by the public to do the gruesome underwater challenge on Thursday night.

Mr Hancock’s trial comes after it was reported that the crew are running a backstage sweepstake on him, betting on how long he lasts until he cries, who he will clash with first and how many trials he will be voted for.

It is also alleged they are placing bets on how long it will be before someone mentions the Partygate scandal where government staff broke Covid rules at a number of illegal bashes and Matt’s own cheating scandal that caused him to resign as Health Secretary.

Speaking to The Sun, a camp source said: ‘Over the years the crew on I’m A Celeb have seen it all, but it’s fair to say there’s not been a buzz about one of the campmates quite like that around Hancock.

‘The sweepstake is about things like who he will row with, how many trials he will have to do, if he cries but then also how long it will take for another of the campmates to tackle the elephant in the room and mention all the Tory party f**k ups.

‘The money’s on Boy George to destroy him, Charlene to grill him like she’s Piers Morgan and then Chris Moyles and Mike to make him the butt of all the jokes.’

MailOnline has contacted representatives for I’m A Celebrity… Get Me Out Of Here! for comment.

Politics-watchers joined with regular viewers to see the arrival of Mr Hancock, while some political opponents hit out once again at the MP for his decision to enter the jungle.

The Liberal Democrats’ Twitter account said: ‘Never mind #ImACeleb and trying to win meals for a jungle camp, Matt Hancock should be in the UK, in his office, and delivering for constituents wondering where their next meal will come from.