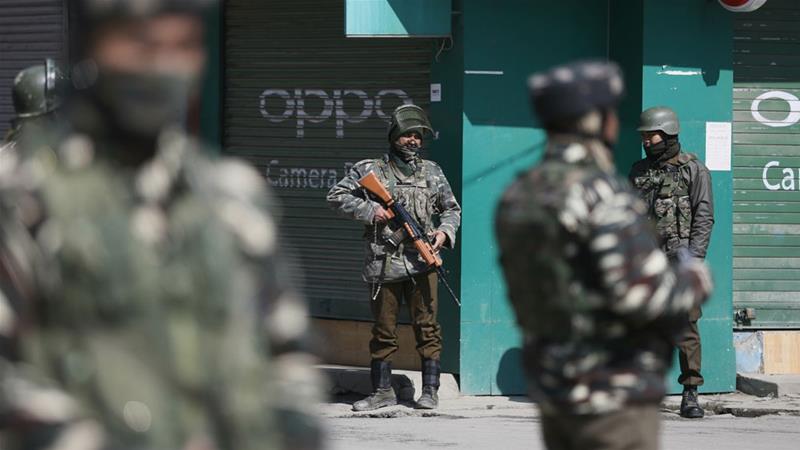 India said it was “disappointed” by China’s move to once again stall its bid to blacklist Masood Azhar, the leader of a Pakistan-based armed group that claimed responsibility for the suicide bombing in Kashmir last month.

The February 14 attack that killed at least 40 paramilitary troops was the deadliest in Kashmir‘s 30-year-long armed rebellion and brought the nuclear-armed rivals, India and Pakistan, to the brink of war.

Although the suicide bomber was a native of Indian-administered Kashmir, the attack was claimed by Masood Azhar’s Jaish-e-Mohammad (JeM), an organisation Pakistan claims it has banned.

China on Wednesday put on hold a request by Britain, France and the United States to add the leader of JeM, Azhar, to a UN sanctions blacklist which would subject him to a global travel ban, an assets freeze and an arms embargo.

One of Pakistan’s closest regional allies, China has blocked three previous attempts by India to blacklist Azhar and said it needed more proof and time to examine the sanctions against the JeM chief. China’s move has put a technical hold on India’s bid that could last up to nine months.

In a statement, the Indian foreign ministry said it “was disappointed by the outcome”, adding it would continue to pursue all avenues to make sure “terrorist leaders who are involved in heinous attacks on Indian citizens are brought to justice”.

Although Azhar himself has escaped attempts to designate him a global terrorist, the group he heads was added to the UN terror list in 2001.

Happymon Jacob, associate professor of diplomacy and disarmament studies at Jawaharlal Nehru University, told Al Jazeera from New Delhi that there are economic as well as strategic reasons behind China’s decision.

“China has to make a choice between two most important allies in the region, Pakistan and India. Pakistan is more important to it than India. China has great investments in Pakistan,” he said.

“In the long run, China has its own reasons to worry about some of these groups [like Jaish-e-Mohammed]. But in the short term, Masood Azhar or Jaish-e-Mohammed do not pose a threat to China directly. So they are looking at the short-term picture.”

China’s decision was the top news across Indian media on Thursday, with the Indian Express headlining its report: “Jaish chief gets Great Wall of China”.

“Weak Modi is scared of Xi. Not a word comes out of his mouth when China acts against India,” Gandhi tweeted, referring to Chinese President Xi Jinping.

Competitors for supremacy in the region, China and India have long-standing territorial disputes but Modi and Xi have tried to patch up ties, banking on their personal chemistry to smooth over differences.

China’s move on Azhar also triggered a storm of anti-Chinese sentiment on Twitter with #BoycottChinaProduct attracting hundreds of tweets.

China is India’s biggest trading partner, but the trade imbalance is skewed heavily in favour of Beijing.