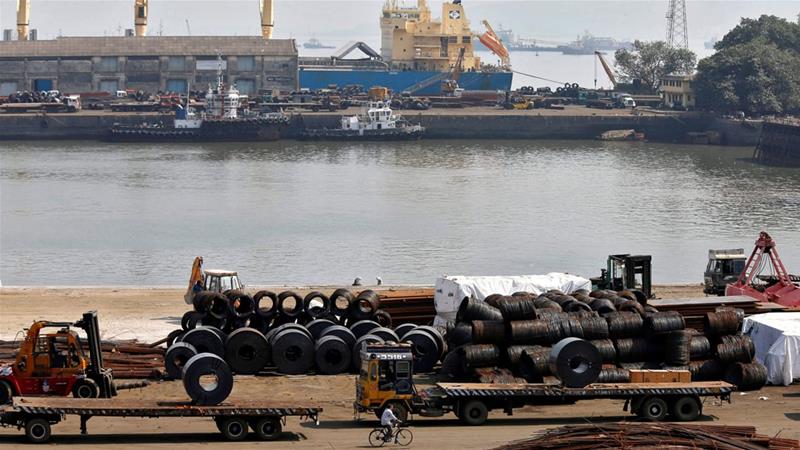 The Indian government said on Saturday it will continue to seek to build strong economic ties with the United States despite a decision by US President Donald Trump to end preferential trade treatment for India from June 5.

In a relatively tame response to the announcement from Washington on Friday, the Indian government said it was “unfortunate” that its attempts to resolve significant US requests had not been accepted.

Indian officials had previously raised the prospect of higher import duties on more than 20 US goods if Trump dropped India from the programme but there was no mention of that in the response.

“India, like the US and other nations shall always uphold its national interest in these matters,” the Indian government said in a statement issued through India’s trade ministry.

The privileges come under the Generalised System of Preferences (GSP), which had been allowing preferential duty-free imports of up to $5.6bn a year into the US from the South Asian nation. India is the biggest beneficiary of the GSP programme.

The Indian government said that India viewed the issue as part of its ongoing economic relationship with the US and “will continue to build on our strong ties with the US, both economic and people-to-people”.

It added: “We are confident that the two nations will continue to work together intensively for further growing these ties in a mutually beneficial manner.”

An earlier version of the statement had used the words “it is hoped” rather than “we are confident” but was subsequently withdrawn and replaced.

The United States had put on hold a decision to withdraw the GSP benefits to India until May 23, the day the results of the country’s 39-day general election that began April 11 were announced.

But Prime Minister Narendra Modi only took the oath office on Thursday and on Friday named Piyush Goyal his new commerce and industry minister – the official who will handle trade matters.

New Delhi was making efforts to avoid withdrawal of the GSP benefits over the past few months, a senior government official said, adding that the US move was sudden and without communication.

Washington has been particularly irritated by India’s tightening of regulations that have undermined major US companies but favored domestic entities in the past year.

Trump, who had first announced his intention to take away the privileges in early March, said in a statement on Friday that New Delhi “has not assured the United States that India will provide equitable and reasonable access to its markets”.

Twenty-four members of the US Congress sent the administration a letter on May 3 urging it not to terminate India’s access to the GSP.

A spokesman for India’s opposition Congress Party, which took a drubbing in the general election, said the US move has “grave trade and economic implications” for India and demanded Modi issue a comprehensive statement addressing the problem.