The Australian Government Bureau of Meteorology reported “continuous” eruptions of Indonesia’s Sangeang Api on Wednesday. The Volcanic Ash Advisory Center (VAAC) Darwin warned a volcanic ash plume rose up to estimated 8000ft (2400m), which is classified as flight level 080. The volcano is under aviation colour code orange, meaning a “volcano is exhibiting heightened unrest with increased likelihood of eruption,” according to the World Organization of Volcano Observatories.

Currently, no flights have been affected by the eruption to or from Bali.

The last major eruption from Sangeang Api occurred in 2014, which saw ash driving as far as northern Australia and hundreds of flights cancelled.

Since then, the volcano has been on high alert for another eruption. 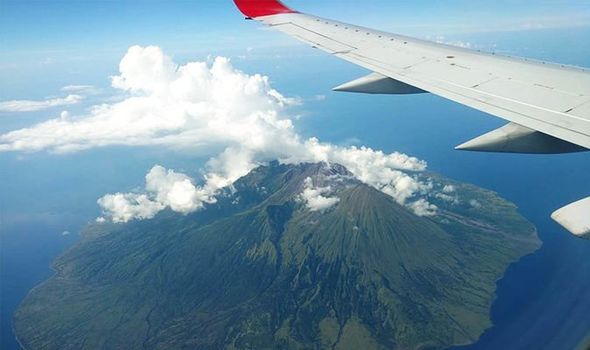 Sangeang Api is one of Indonesia’s most active volcanoes, and constitutes the entirety of the uninhabited volcanic island, Sangeang.

Indonesia is no stranger to volcanic eruptions – the island archipelago forms part of the ‘Ring of Fire’.

The Ring of Fire is a massive horseshoe-shaped ring encircling the Pacific basin made up of a string of volcanoes and seismic activity. 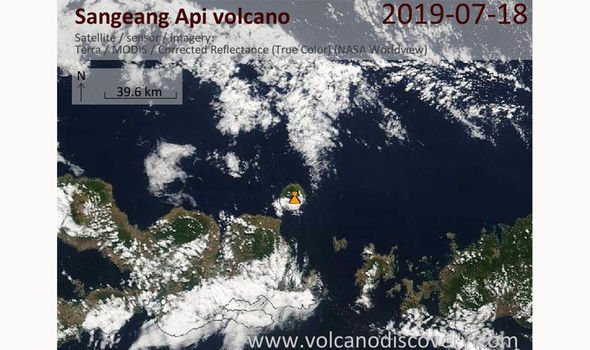 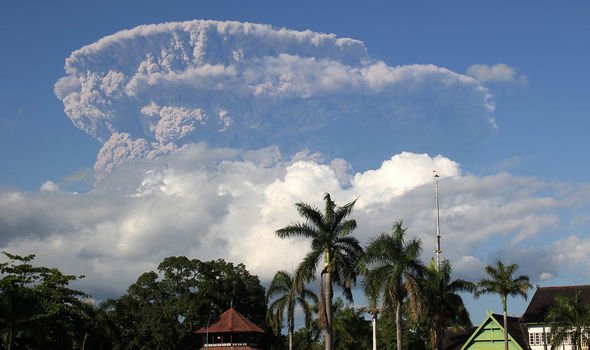 Why is ash dangerous to aircraft?

The VAAC said: “Volcanic ash in the air is composed of fine pulverised rock and accompanied by a number of gases, which are then converted into droplets of sulphuric acid and other substances.

“It is potentially deadly to aircraft and their passengers.

“The most critical effect is caused by ash melting in the hot section of the engine, and then fusing into a glass-like coating on components further back in the engine, causing loss of thrust and possible ‘flame out’. 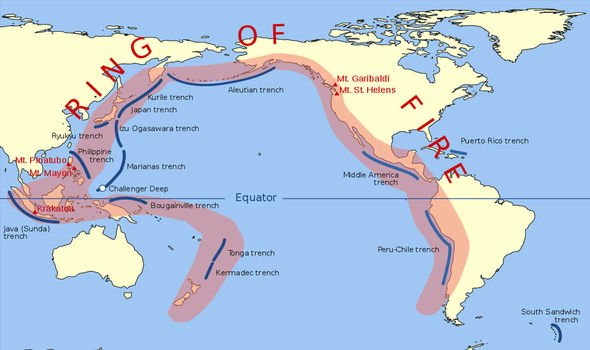 “In addition there is an abrasion of engine parts, the airframe and parts protruding from the aircraft, and possible clogging of the fuel and cooling systems.”

In June 1982, a British Airways 747 suffered severe damage and had all four engines flame out upon encountering ash from Mount Galunggung in Indonesia.

The plane descended to 12,000 feet before being able to restart some engines and make an emergency landing in Jakarta.

Three weeks later the same thing happened to a Singapore Airlines 747, which lost two engines and also made an emergency landing.