Families of anti-government protesters who have been killed by Iranian security forces during recent demonstrations are being demanded to pay for the bullets used to gun them down, a human rights group says.

Amnesty International reported this week that at least 208 people have been killed in the protests, which began in mid-November following a spike in government-set gas prices. Iran state television on Tuesday also admitted to gunning down “rioters” in multiple cities – the first time authorities have offered any sort of accounting for the violence used to quell the demonstrations.

“In some cases, there are shocking reports that, when the authorities have returned victims’ bodies to their families, they have demanded payment citing several reasons, including the cost of the bullet that killed their loved one or compensation for property destroyed during the protests,” Amnesty International has said, while noting that the claims have been denied by an Iranian official. 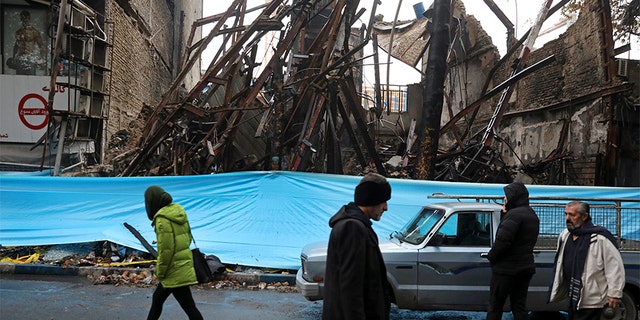 People walk past buildings that were burned during recent protests, in Shahriar, Iran, on Nov. 20.
(AP)

“In a pattern consistent with previous protester killings, the authorities have threatened victims’ families with arrest if they hold funerals for their loved ones or to speak to media,” the group added.

Amnesty also has said that “some families are also being forced to make extortionate payments to have the bodies of their loved ones returned to them.”

The developments come as the families of several U.S. and British people held in Iran expressed fear Tuesday about the rising tensions inside the Islamic Republic.

The relatives spoke at a news conference in Washington to demand the release of spouses and parents held in Iran — in at least one case for more than a decade. Among those who spoke was a daughter of Robert Levinson, the former FBI agent who disappeared in Iran in 2007. 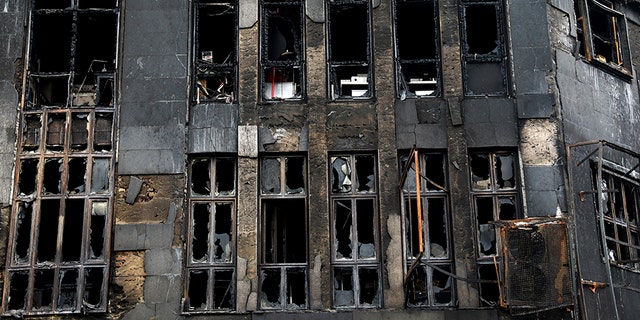 Shattered windows line a building that was set ablaze during protests over government-set gasoline prices rises, in Tehran, Iran, on Nov. 20.
(AP)

“Of course any kind of protest that goes on in Iran, and any kind of situation, that overlaps potentially with the fact that our families and loved ones are being held there as well," said Babak Namazi, whose brother and father are held captive in Iran. “We've been talking about the brutality of what our family members have been facing.”

Prisons are more overcrowded now because of the demonstrations, the internet has been down, and communication has been even more complicated than it already is, Namazi said.