LONDON (Reuters) – Iran’s supreme leader told Japanese prime minister Shinzo Abe on Thursday that it was pointless to reply to a message he had brought to Tehran from U.S. President Donald Trump, as a peacemaking visit was overshadowed by attacks on tankers in the Gulf of Oman. 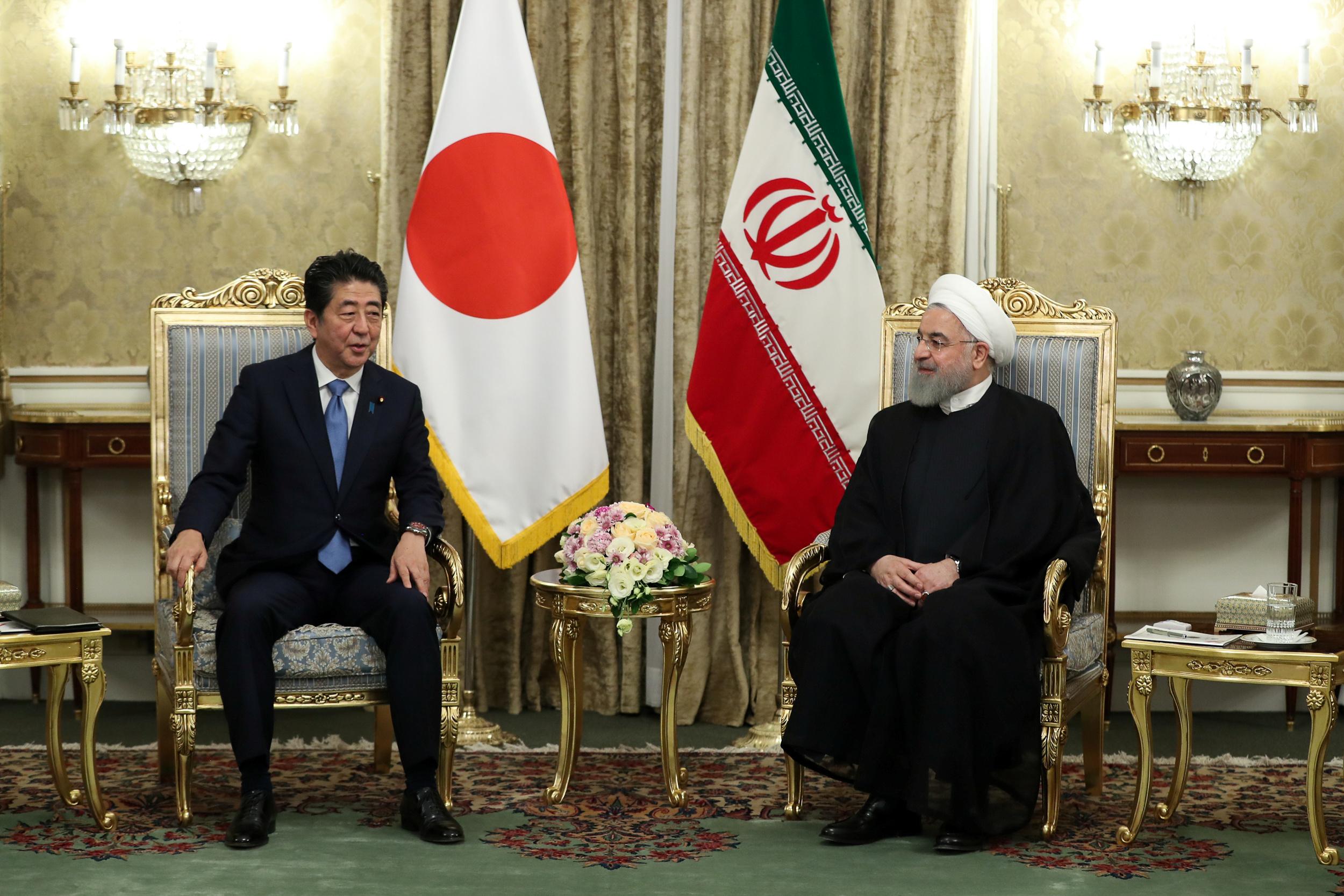 The attacks were the latest incident in a confrontation between the United States and Iran after weeks of tightening U.S. sanctions and a war of words.

One of the tankers was Japanese. Iran’s foreign minister tweeted that it was “suspicious” that the attacks took place during Abe’s visit to Tehran.

Trump said that he appreciated the recent visit by Abe to Iran to meet Supreme Leader Ali Khamenei, but that he believed it is “too soon to even think about” the United States making a deal with Tehran.

“They are not ready, and neither are we!” Trump said in a tweet.

Japan was one of the main buyers of Iranian oil until last month, when Washington ordered all countries to halt all Iranian oil imports or face sanctions of their own. Abe, who had discussed Iran with Trump last month, brought a message from the U.S. president, but Khamenei rebuffed it.

“I do not see Trump as worthy of any message exchange, and I do not have any reply for him, now or in future,” Iranian state media quoted Khamenei as telling the Japanese premier.

U.S. allies in Europe and Asia have repeatedly expressed concern that tension between the United States and Iran could escalate into an armed conflict. Abe warned on Wednesday of unintended clashes in the Middle East, after meeting Iranian President Hassan Rouhani.

A year after the United States abandoned an agreement between Iran and world powers to curb Tehran’s nuclear programme in return for lifting sanctions, confrontation between the two foes has reached a new pitch.

Washington has dispatched additional forces to the region in recent weeks after accusing Tehran of threatening shipping there. Iran has denied being behind attacks on ships and suggested they could be intended as a provocation.

The Trump administration says the agreement it quit last year, which was negotiated by Trump’s predecessor Barack Obama, was not firm enough and new sanctions are needed to force Iran to make more concessions. Iran says it cannot negotiate with a country that abandoned the previous deal.

U.S. allies in Europe and Asia say they share Washington’s concerns about some Iranian behaviour but believe exiting the agreement was a mistake, which undermines Iranian pragmatists, strengthens hardliners and makes further negotiations harder.

Ultimate authority in Iran is wielded by Khamenei, a hardline cleric in power since 1989, although the country is run day-to-day by Rouhani, the pragmatist president who won two landslide elections on promises to open Iran to the world.

Khamenei said a recent promise by Trump not to seek regime change in Iran was “a lie”.

“The Islamic Republic of Iran has no trust in America and will never repeat the bitter experience of previous negotiations with America in the framework of the JCPOA,” Khamenei said, using the acronym for the nuclear deal. “No wise and proud nation will accept negotiations under pressure.”

Abe told reporters in Tehran that Khamenei had promised Iran had no intention of pursuing nuclear weapons. Iran has always maintained its nuclear programme is peaceful.

On a visit to Japan last month, Trump welcomed Abe’s help in dealing with Iran.

“The U.S. president, after a meeting with you and discussions on Iran… imposed sanctions on Iranian petrochemical sector. Is this a message of honesty? Does that show he seeks honest negotiations?” Khamenei told Abe.

“Japan is an important Asian country and if it wants to expand ties with Iran, it should show a firm stance, as other countries have done,” Khamenei said.