The US President’s daughter Ivanka Trump shared a picture of her siblings at the state banquet on Instagram last night. The picture shows Donald Trump Jr, Lara Trump, Eric Trump, Ivanka Trump, Jared Kushner and Tiffany Trump, who have joined their father and his wife Melania for their state visit. The photo was accompanied by the caption: “Beyond wonderful to share this unforgettable evening with this crew.”

But some eagle-eyed online users noticed a sign behind Tiffany’s head, which looked like it was warning against taking photographs.

The full sign is not visible in the photograph, so it is not clear if that is really what is written.

However, Twitter users still poked fun at the picture.

One user said: “Good to see you ignored the photograph’s sign.” 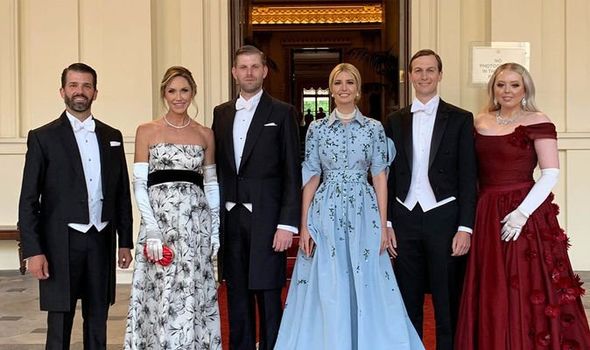 Another added: “Does it really say ’No photographs’ behind Tiffany? Can’t they even read a sign?”

Mr Trump and his family arrived on Monday for a three-day state visit to the UK.

This included a banquet hosted by Queen Elizabeth at Buckingham Palace on Monday evening.

The President held a press conference with Prime Minister Theresa May today, where he said the US and the UK have the “greatest alliance the world has even known”. 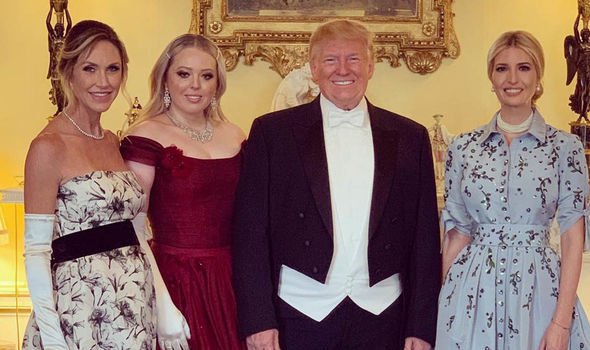 He added the two countries will have a “phenomenal” trade deal after the UK leaves the EU.

But he added “everything is on the table”, including the NHS.

Mr Farage said the pair had a “good meeting” and the president “really believes in Brexit”. 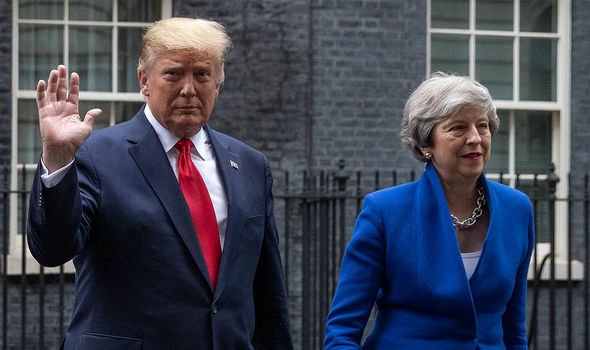 He added he came away from the meeting with the impression that the US was ready to do a post-Brexit trade deal with the UK but that the Government were unprepared.

The US president is also expected to meet Tory leadership hopefuls Michael Gove and Jeremy Hunt during his trip.

He also had a phone conversation with Boris Johnson while in the UK.

Buckingham Palace has been contacted by Express.co.uk.